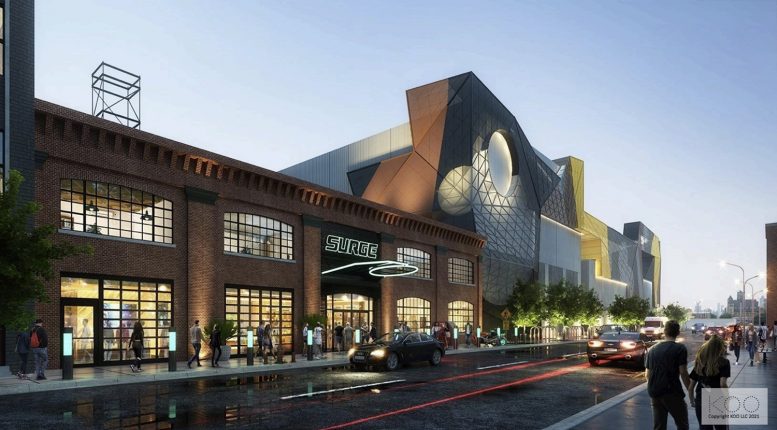 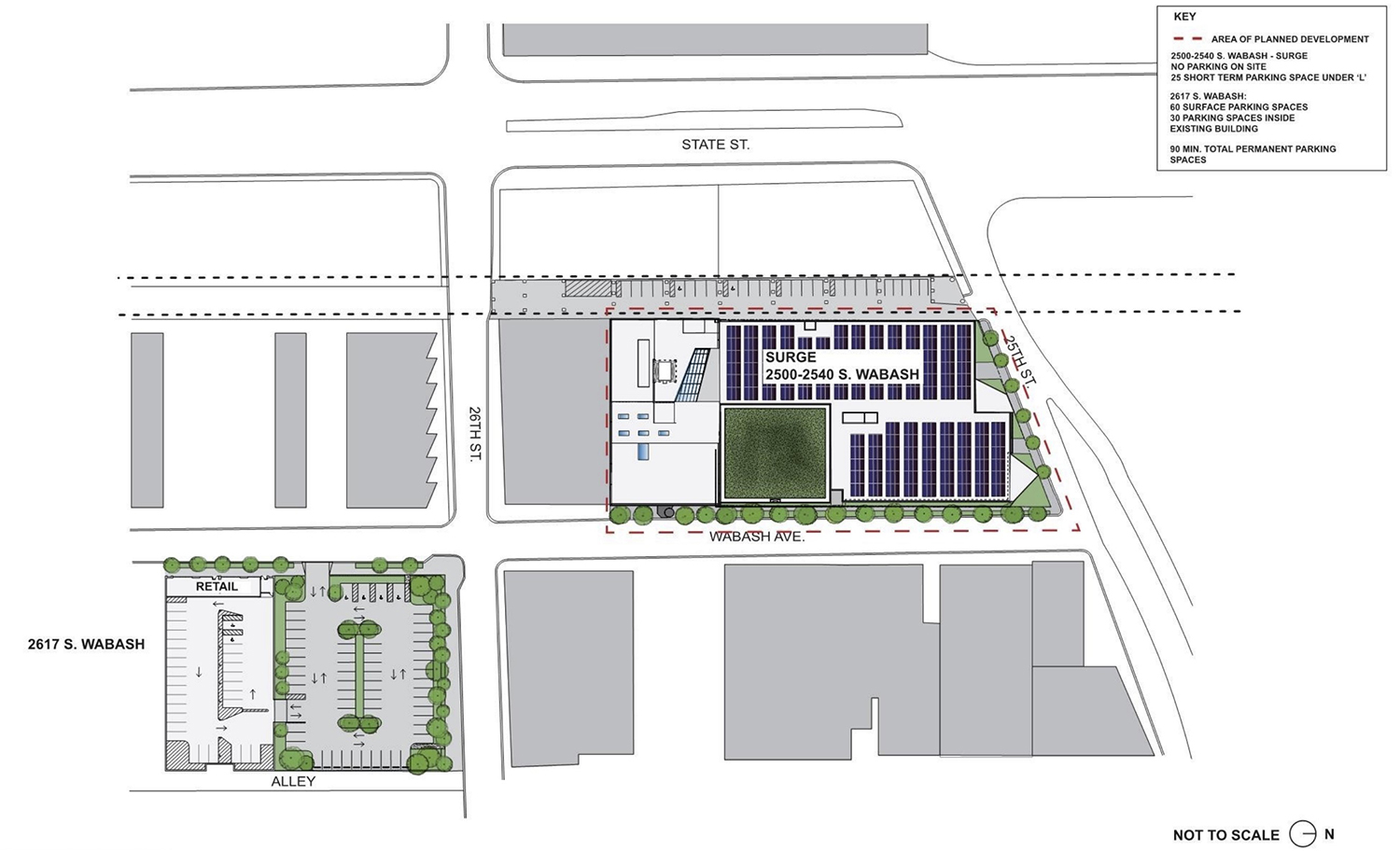 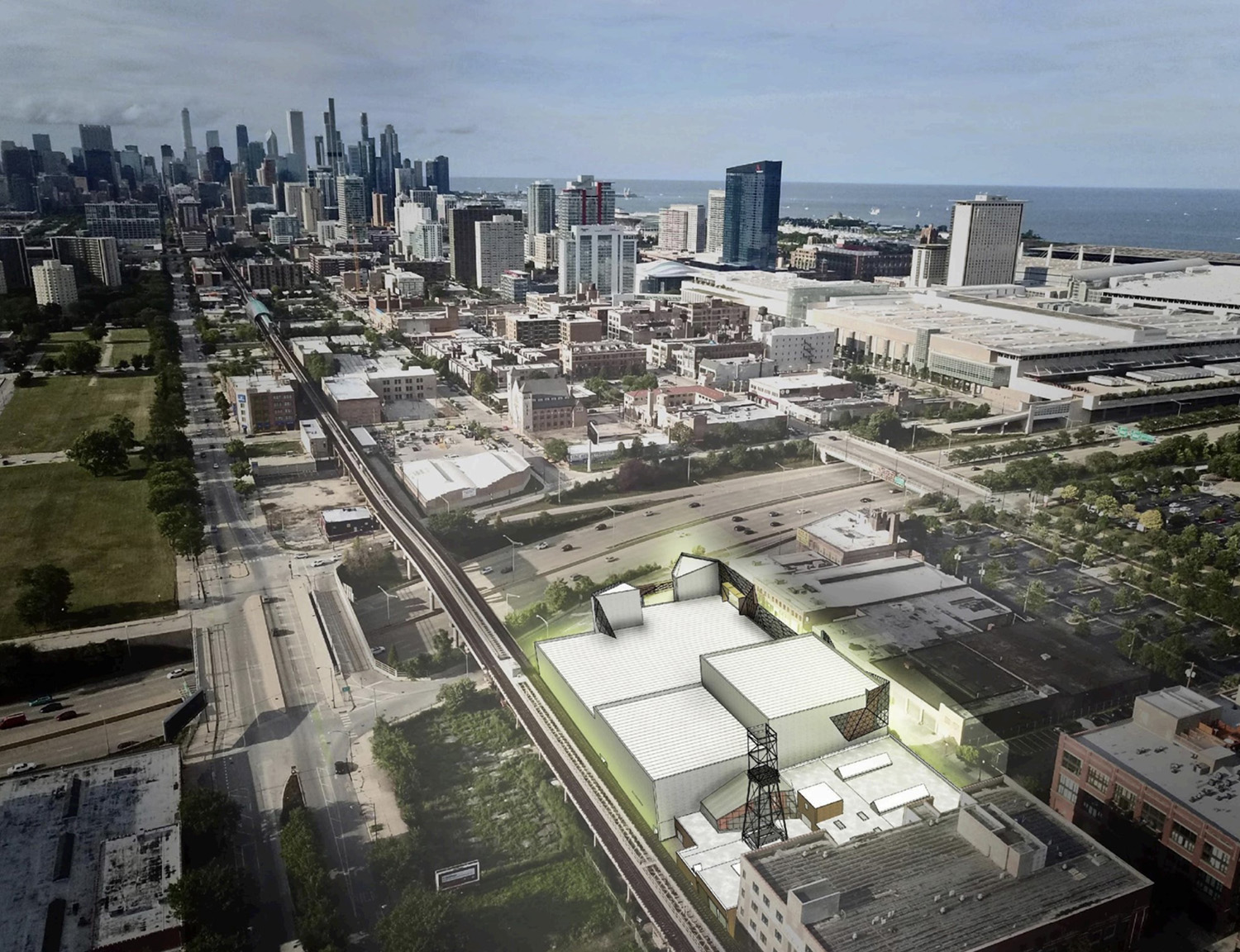 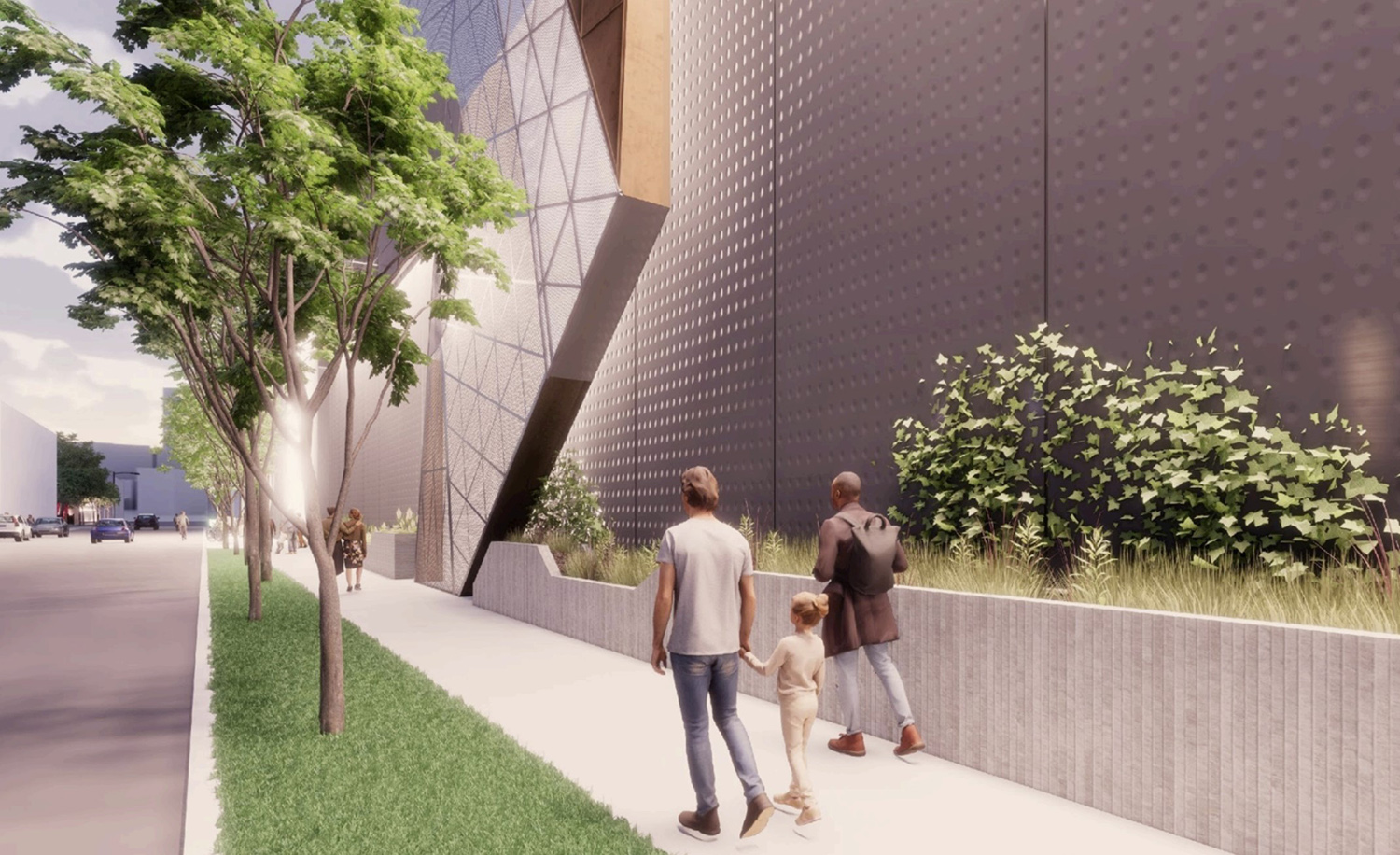 The brick building will be renovated with work including the reinstallation of windows that were bricked in over time. The new construction will add a dynamic two-story facade for the arena, covering the interior program that requires enclosed spaces with no windows. A 3D screening element will create an energetic identity for the building and improving the pedestrian experience. Pedestrians will be able to catch a glimpse of the structure of an old water tower, kept as a visual feature of the project. 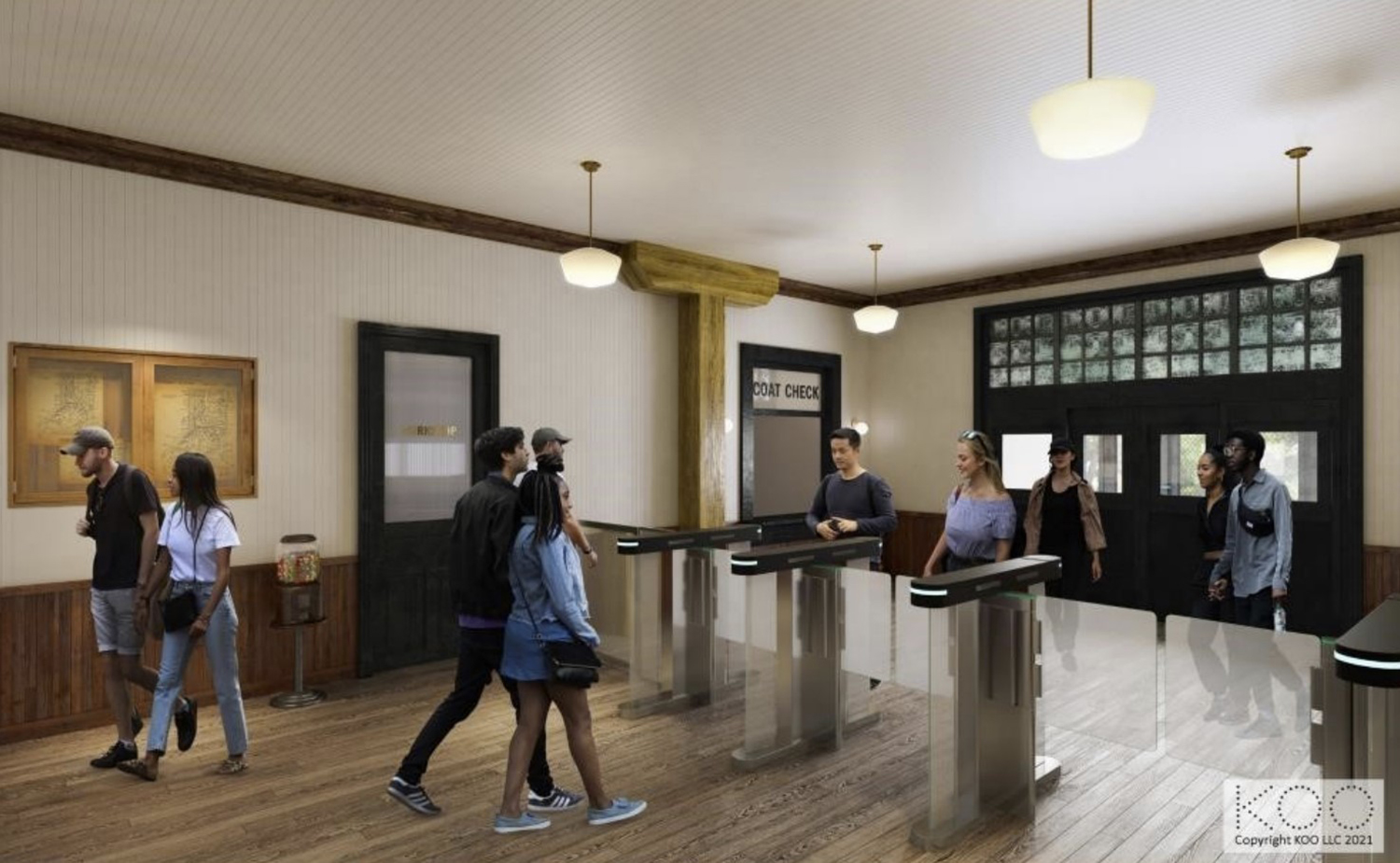 The stadium will feature an oversized LED screen, an interactive sound and lighting system, and broadcasting abilities. Esports competitors will be on stage and aspects of them playing will be shown on the screen. The competition will be viewed from the first floor or from the stadium seating and studio seating on the second floor. The second floor will also include lounge spaces for overlooking the arena while eating and drinking. The second floor of the existing structure will hold the corporate office headquarters for SMASH Interactive. 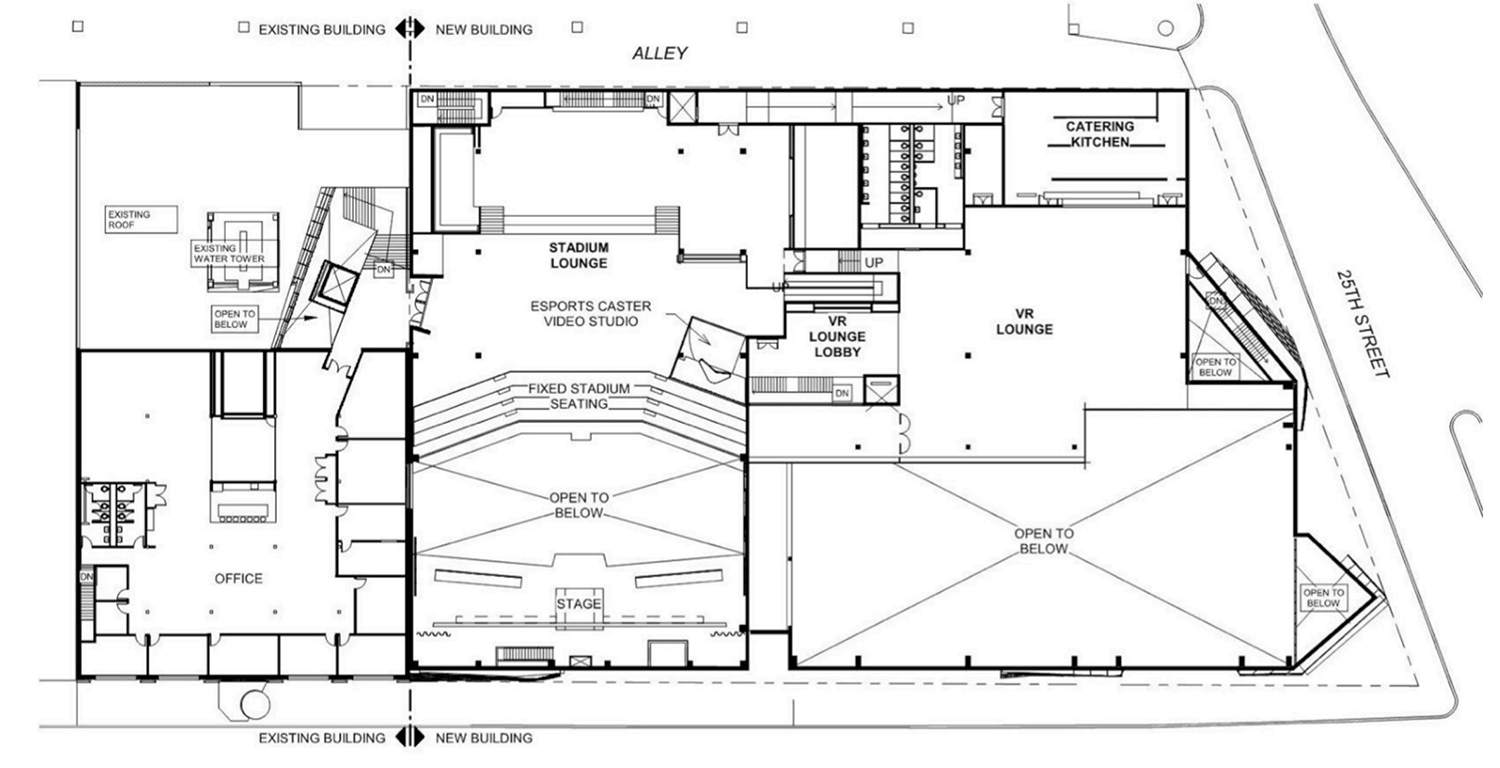 The main entry will be highlighted by venue signage and an entry canopy. The restoration of infilled windows will add life to the pedestrian experience, paired with concrete planters to add greenery. The datums of the existing brick building are referenced in the new design. Prefinished metal screens extend to the ground plane to break up the mass of the stadium and VR arenas, while creating light and shadow that enhances the visual interest. 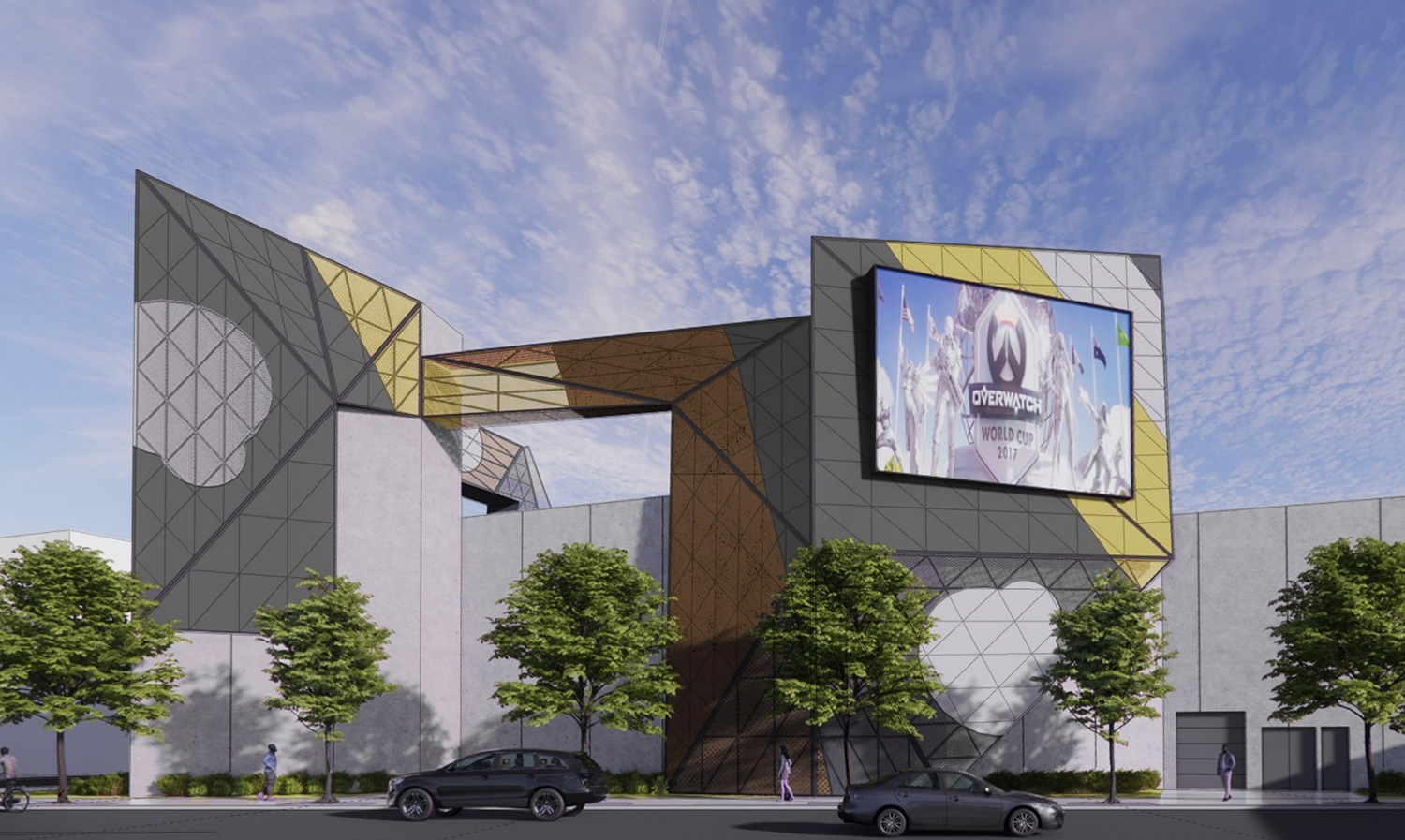 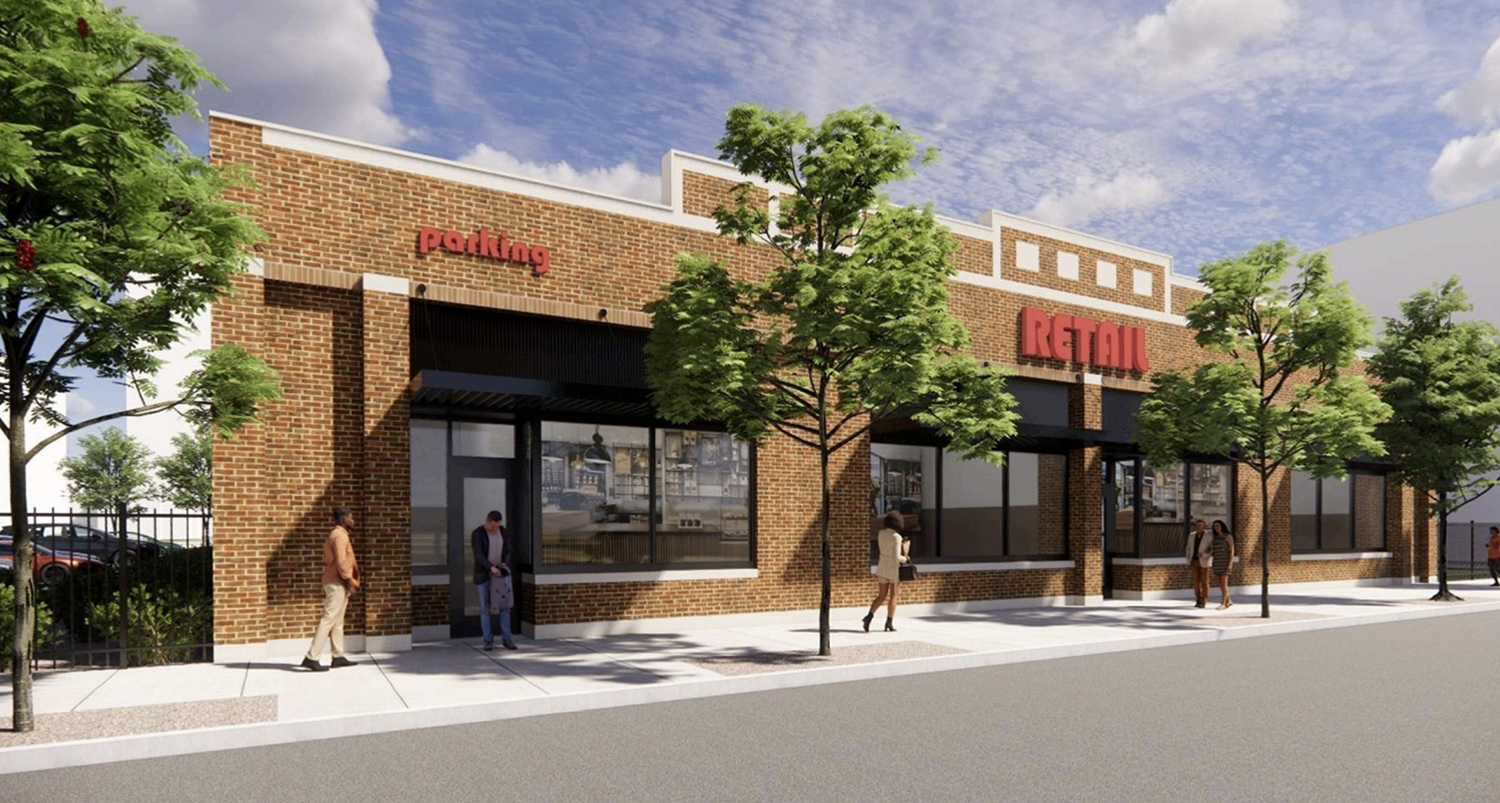 The main parking for the project will be located offsite at 2617 S Wabash Avenue. Diagonally adjacent to the main site, the parking will replace an existing surface parking lot. The adjacent existing one-story building will be renovated with retail at the front and enclosed parking at the back. Totaling 90 spaces, 30 will be indoor with the remaining 60 located outdoors and eight bicycle spaces. 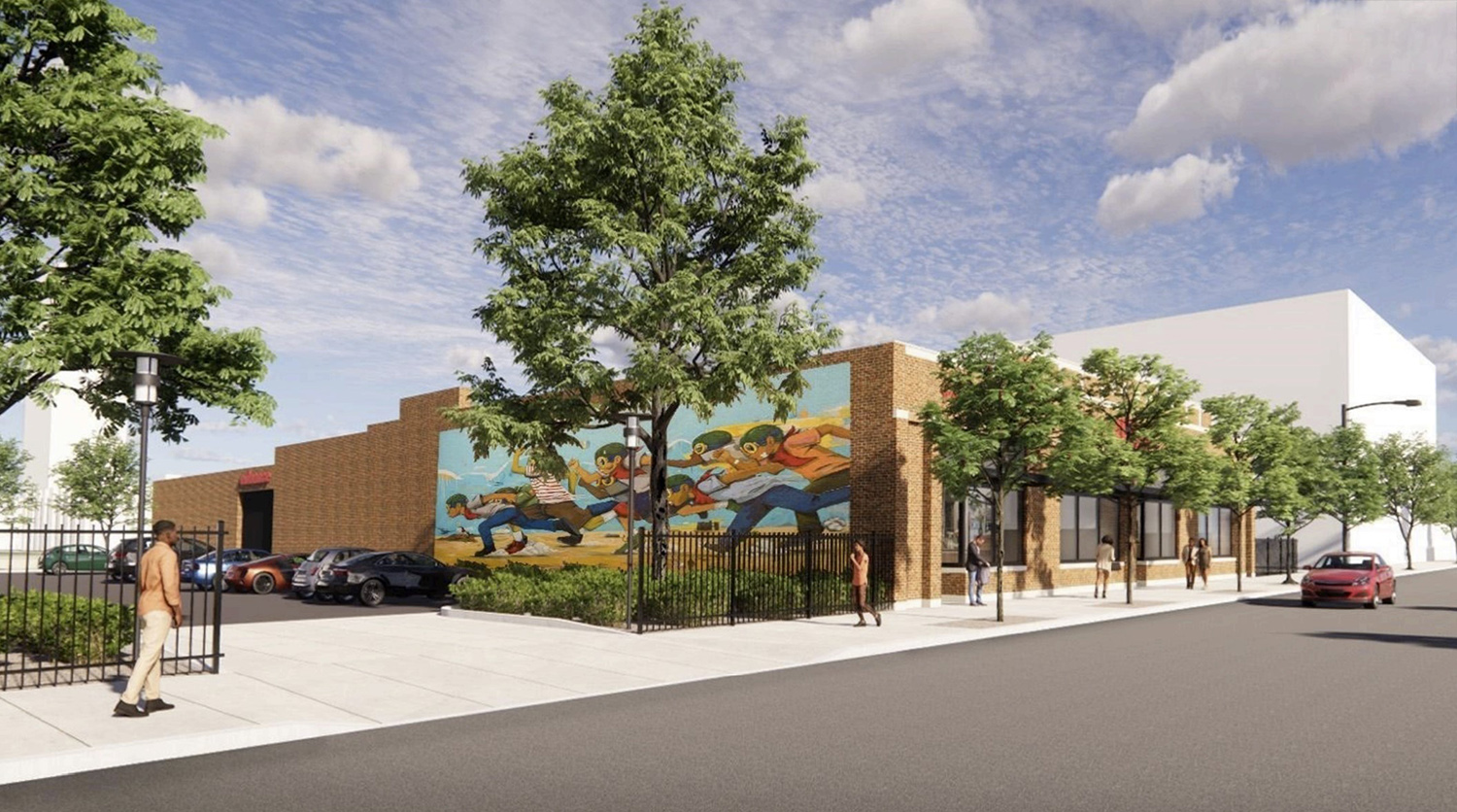 The development will meet sustainability requirements for both sites. For the stadium, the building will attain LEED Silver and feature on-site renewables in the form of solar panels. The refurbished parking lot and retail building will exceed energy code by 5 percent, include working landscapes, and have EV charging stations. 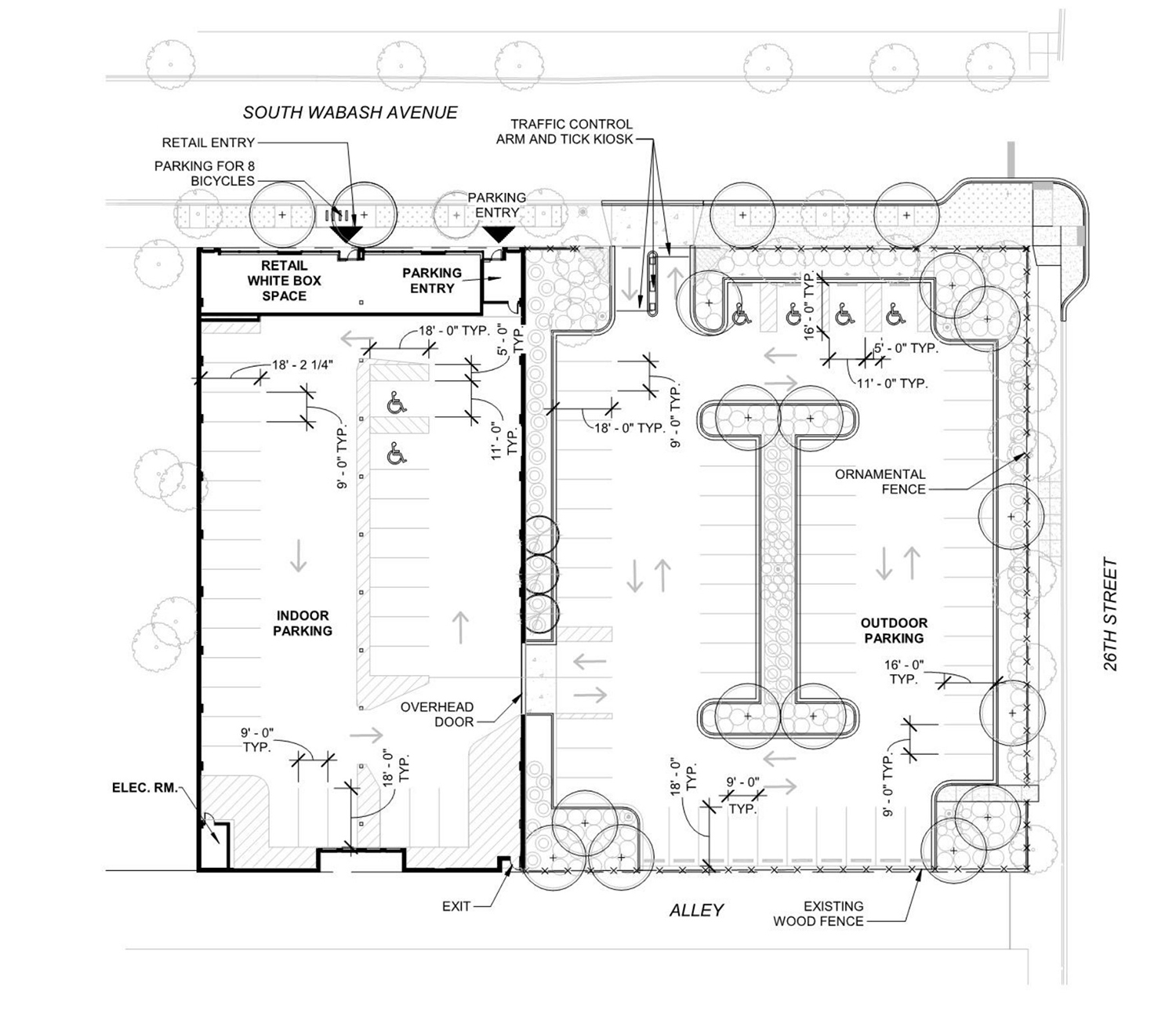 The $30 million project will seek zoning changes for both properties, including a change from C1-5 and M1-3 to C2-3 for the main site, and a change from M1-3 to B1-1 for the parking lot and retail building. The overall development will then be designated as a Planned Development. These zoning changes have yet to be approved. An official timeline for the construction has not been announced.