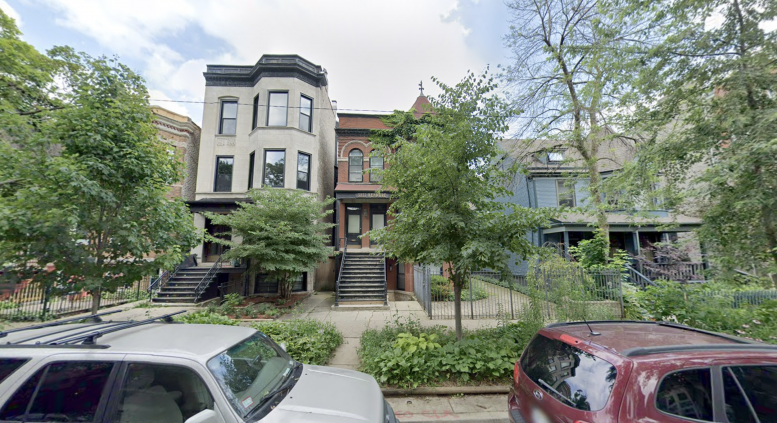 Construction permits have been issued for a three-story, four-dwelling residential building penned for Lake View‘s 3837 N Kenmore Avenue. Listed under the owner 3837 N Kenmore LLC, the project will contain four total dwelling units and a detached four-car garage with a rooftop deck. The development is set to replace a two-story masonry residence and a detached garage in the rear.

Designed by Michael Cox, the new development will include a masonry exterior. However, no drawings or renderings of this design have yet been released.

Bus transit for future residents will include stops for Route 151 at the intersection of Sheridan & Byron, less than a two-minute walk northeast. Additional bus service within a roughly five-minute walk consists of Routes 80 and X9 to the north and Route 22 to the southeast. The CTA L is also in close proximity, with the Red Line at Sheridan station via a three-minute walk north.

Points of interest include Wrigley Field and the commercial Wrigleyville area to the south, as well Gill Park and the sprawling Lincoln Park to the east.