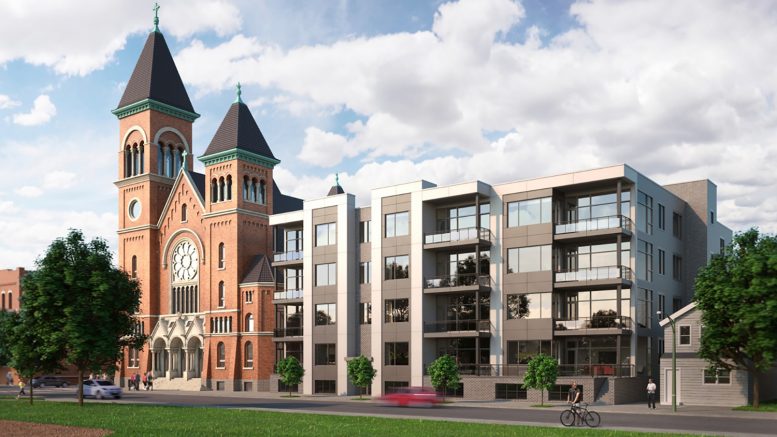 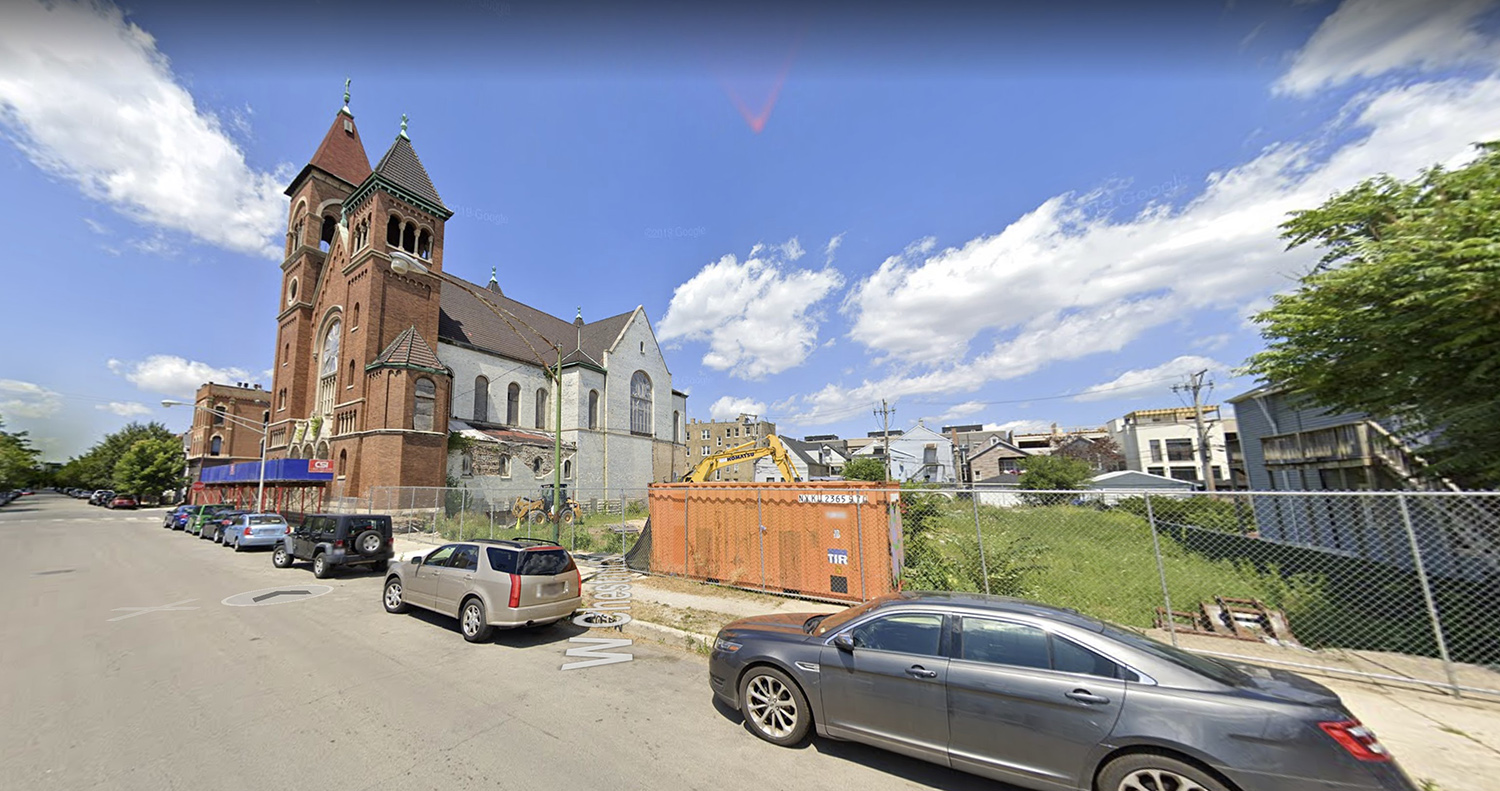 Originally approved in 2018, the project will preserve the church by converting it into 17 condominiums. Designed by SPACE Architects + Planners, an additional building will be constructed to the east of the church on a vacant parcel. That structure will rise four stories and hold another 24 condo units. The affordable housing component for the development will be fulfilled via a new two-story building located to the north of the church at 921 N Noble Street. Four affordable units will be provided. 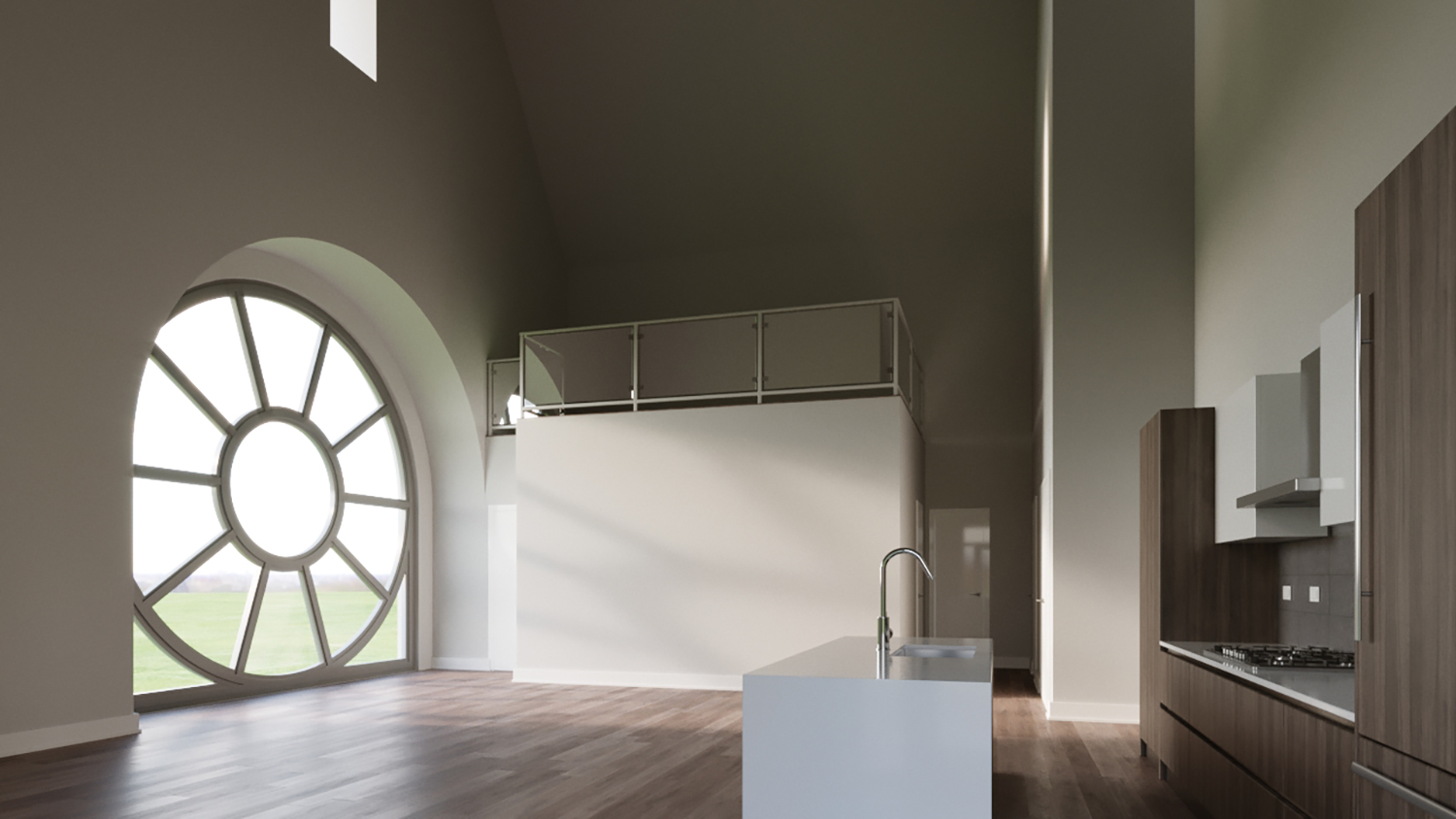 St. Boniface Church, originally designed by architect Henry Schlacks, features a four-tower, Romanesque Revival design. The Archdiocese of Chicago closed the church in 1990 and used it for storage. It was threatened with demolition in 1999 and 2016. The 2016 plan from a developer looked to demolish the church and build new single-family homes. 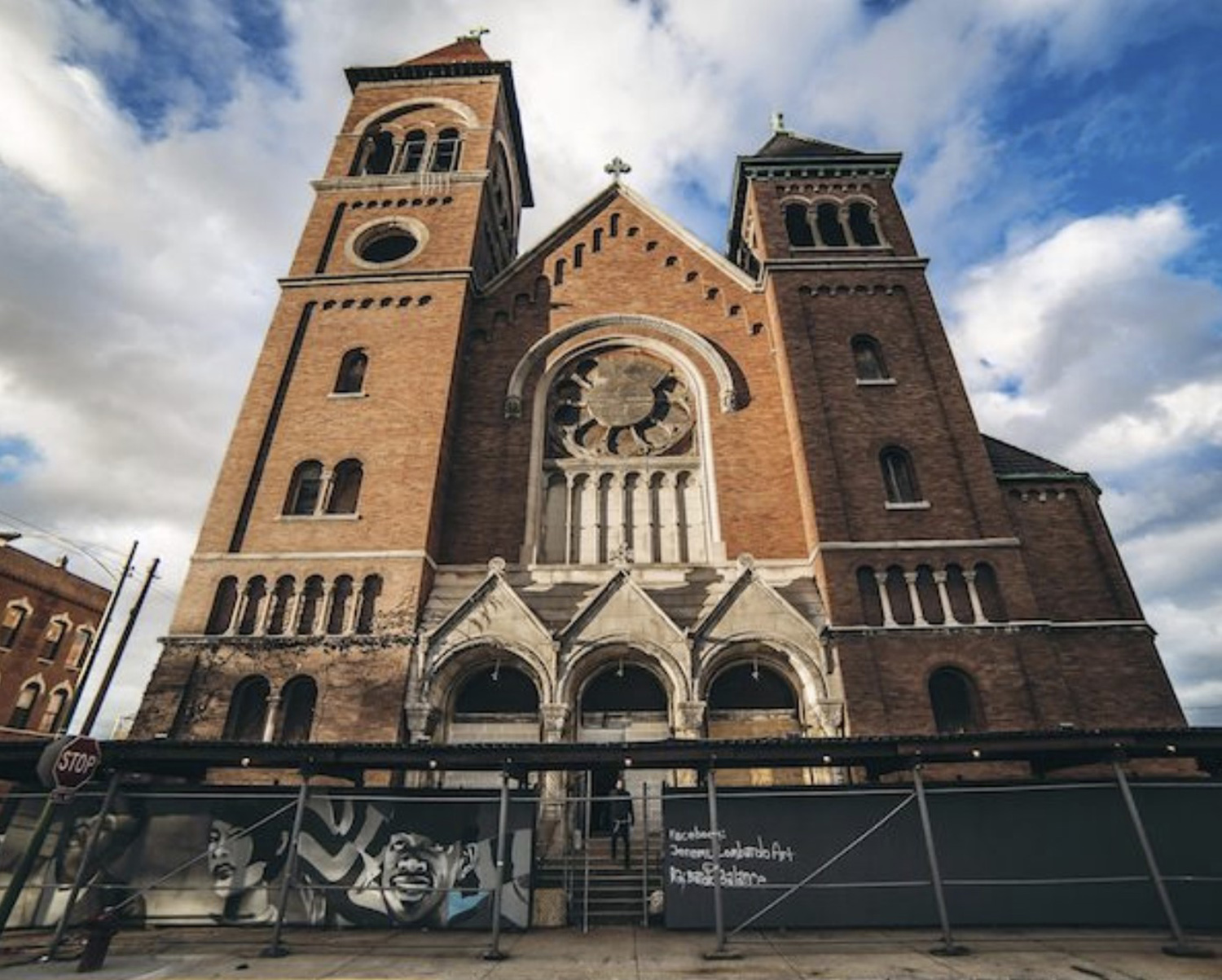 The Chicago CTA L station, serviced by the Blue Line, is a nine-minute walk from the property. The 66 CTA bus route, accessed at the Chicago and Noble stop, can be reached via a three-minute walk.

The current developer bought the church for $2.2 million in 2016 and got approval for the project in 2018. While a full construction timeline was not provided, construction is expected to break ground by the end of summer 2021. Pre-sales for the condominiums will possibly begin within the next couple months.