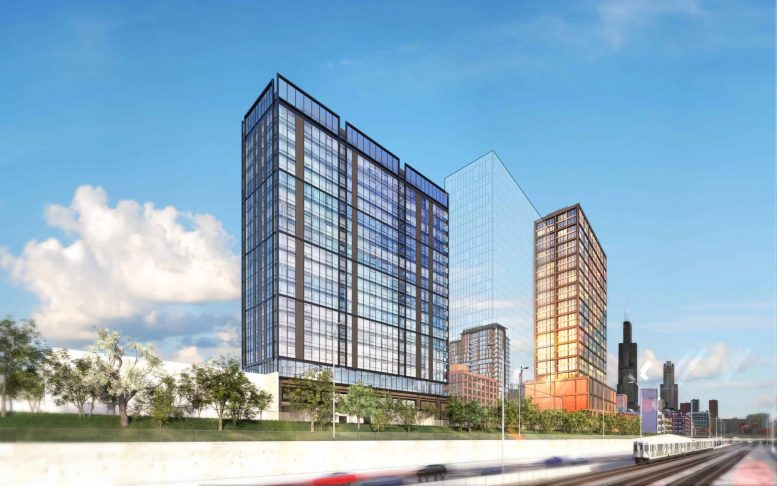 Podium facade work is wrapping up for Avra West Loop, a 20-story mixed-use building located at 1125 W Van Buren Street. This near-completion marks one of the final exterior milestones for Tandem Partners‘s planned development in the West Loop, slated to contain retail at ground level, with 198 apartments above. 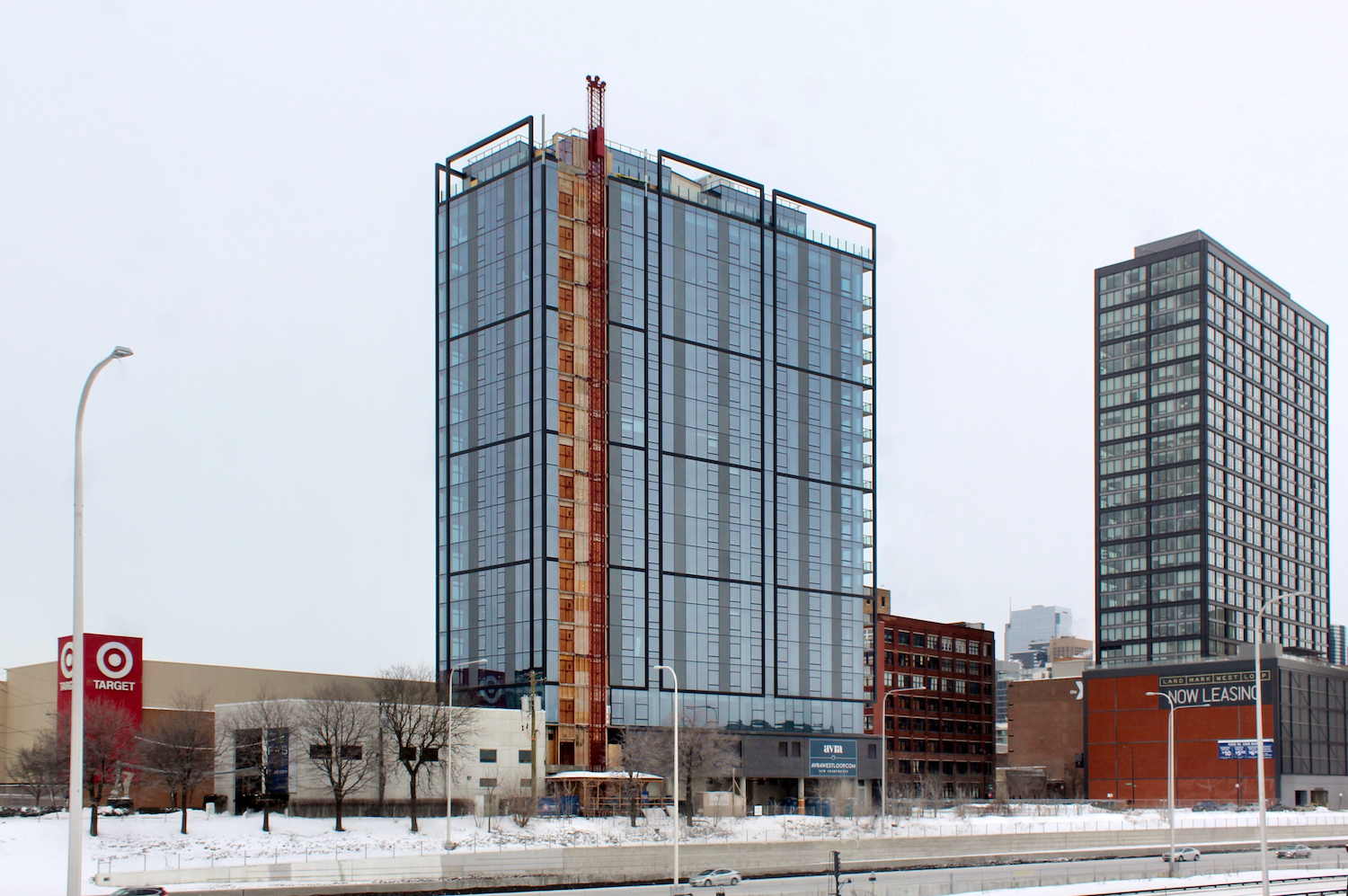 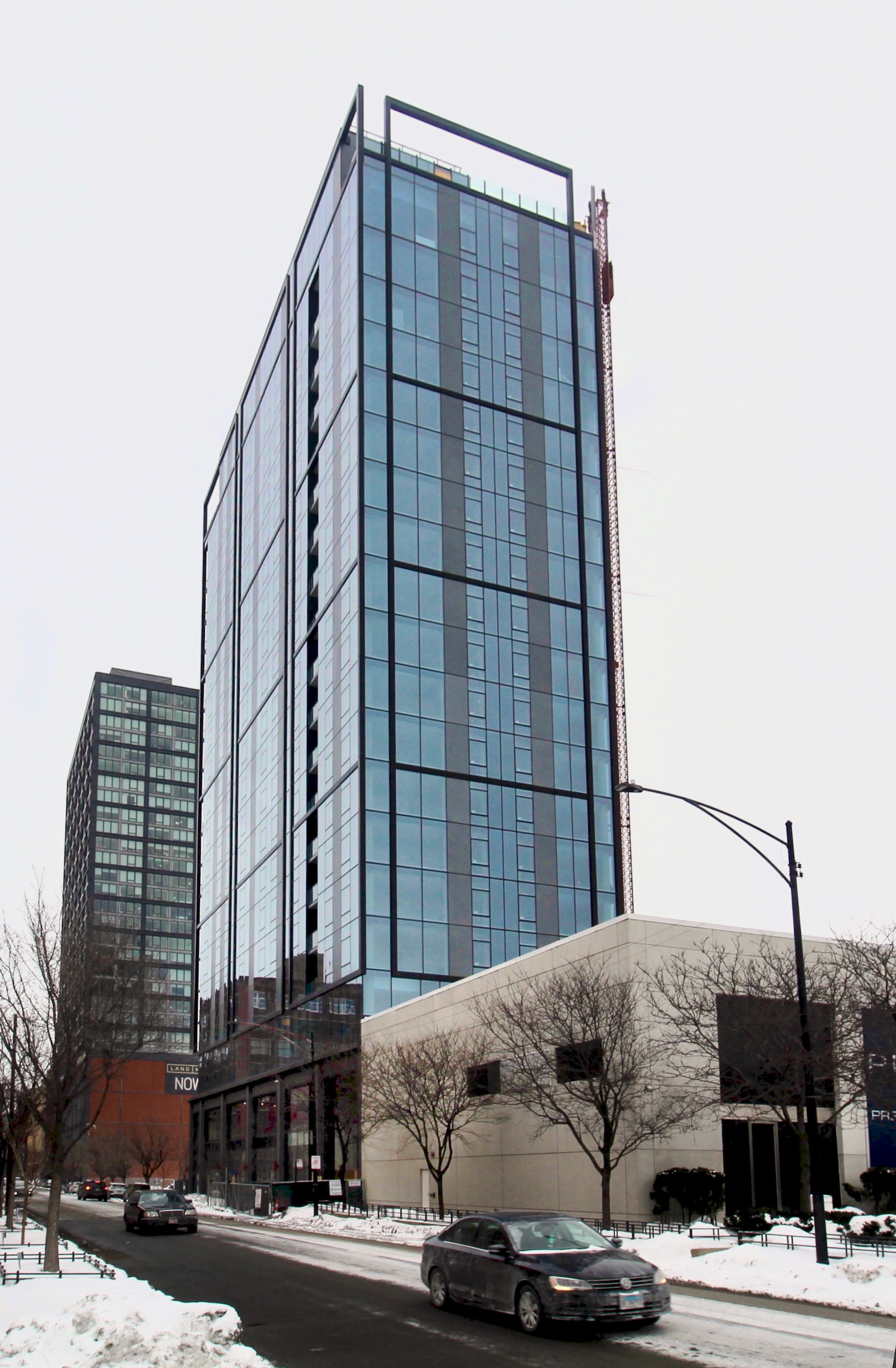 Residences range in size from studios to three-bedrooms. Listed prices range from $1,735 to $2,035 for studios, $1,905 to $2,625 for one-bedrooms, $3,265 to $3,420 for two-bedrooms, and $3,995 to $4,600 for three-bedrooms. In-unit features include but are not limited to keyless entry, up to 12-foot-high ceiling spans, peninsula kitchens, expansive tinted windows, under-cabinet lighting, and wide-plank flooring. Select units will also accommodate private balconies. 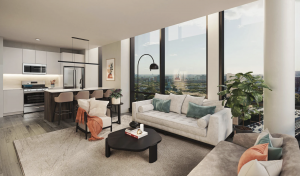 Future residents will also have access to a sky lounge, a rooftop terrace, fire pits and grilling stations, a 24-hour fitness lounge, a sunbathing terrace, a dog run and spa, and bike storage. 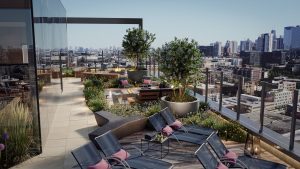 Designed by Antunovich Associates, the building’s massing is trapezoidal to conform to the irregular lot shape, and rises 220 feet to the roof. The curtain wall includes a mix of glass, dark metal accents, and light-gray metal panels, while the first two floors are enshrouded by a brick facade. 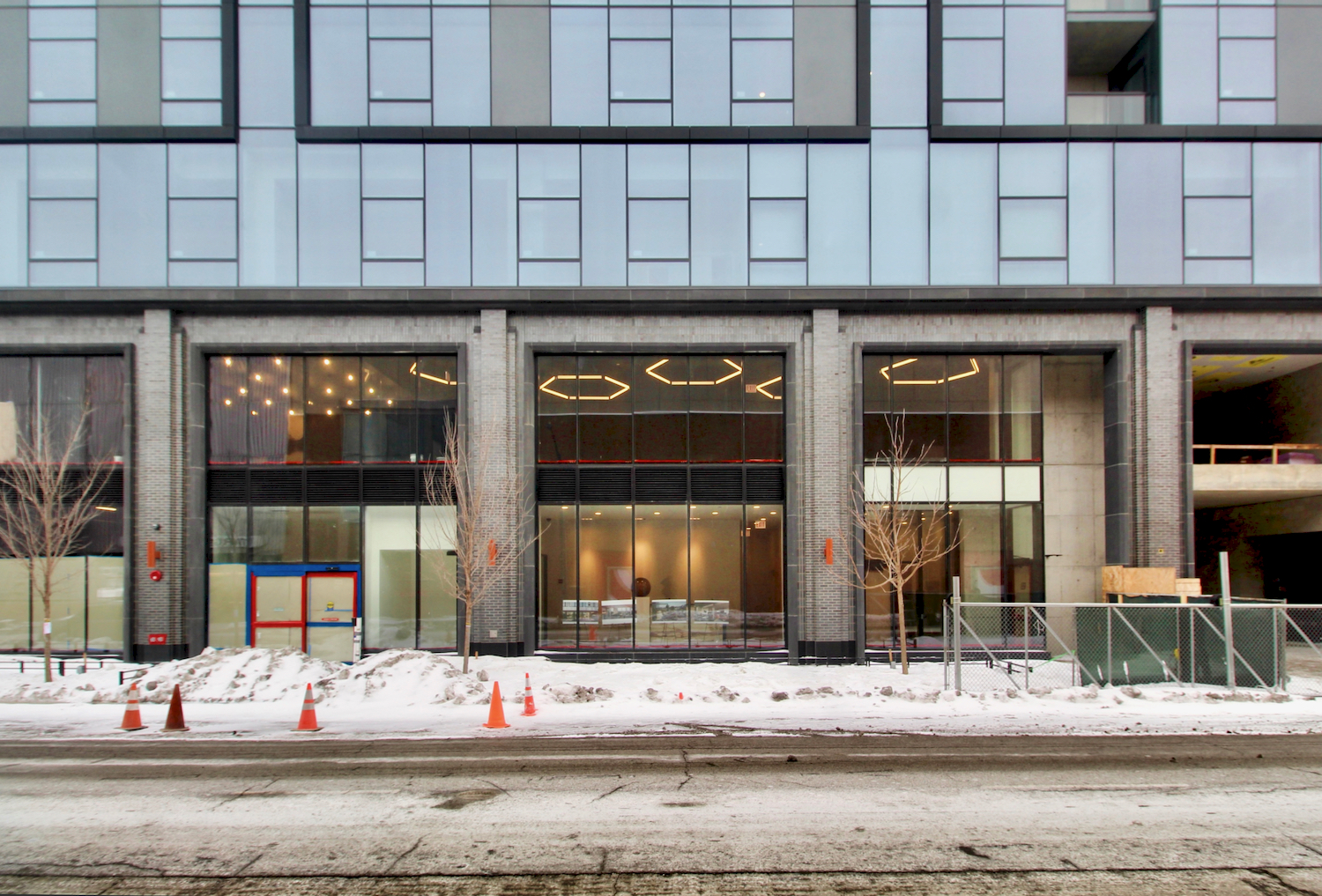 The transit-oriented development will include just seven on-site parking spots, with a variety of public transportation options in the near vicinity. Nearest bus access includes westbound stops for Route 126 at both Van Buren & Racine and Van Buren & Aberdeen, each within a minute-walk of the property. Eastbound stops for Route 126, meanwhile, can be found just to the northeast at Jackson & Aberdeen. Other buses within a 10-minute walking radius comprise of Routes 7, 60, and 755 to the southwest, 20 to the north, and 8 to the east. For the CTA L, service for the Blue Line lies a three-minute walk southwest to Racine station. 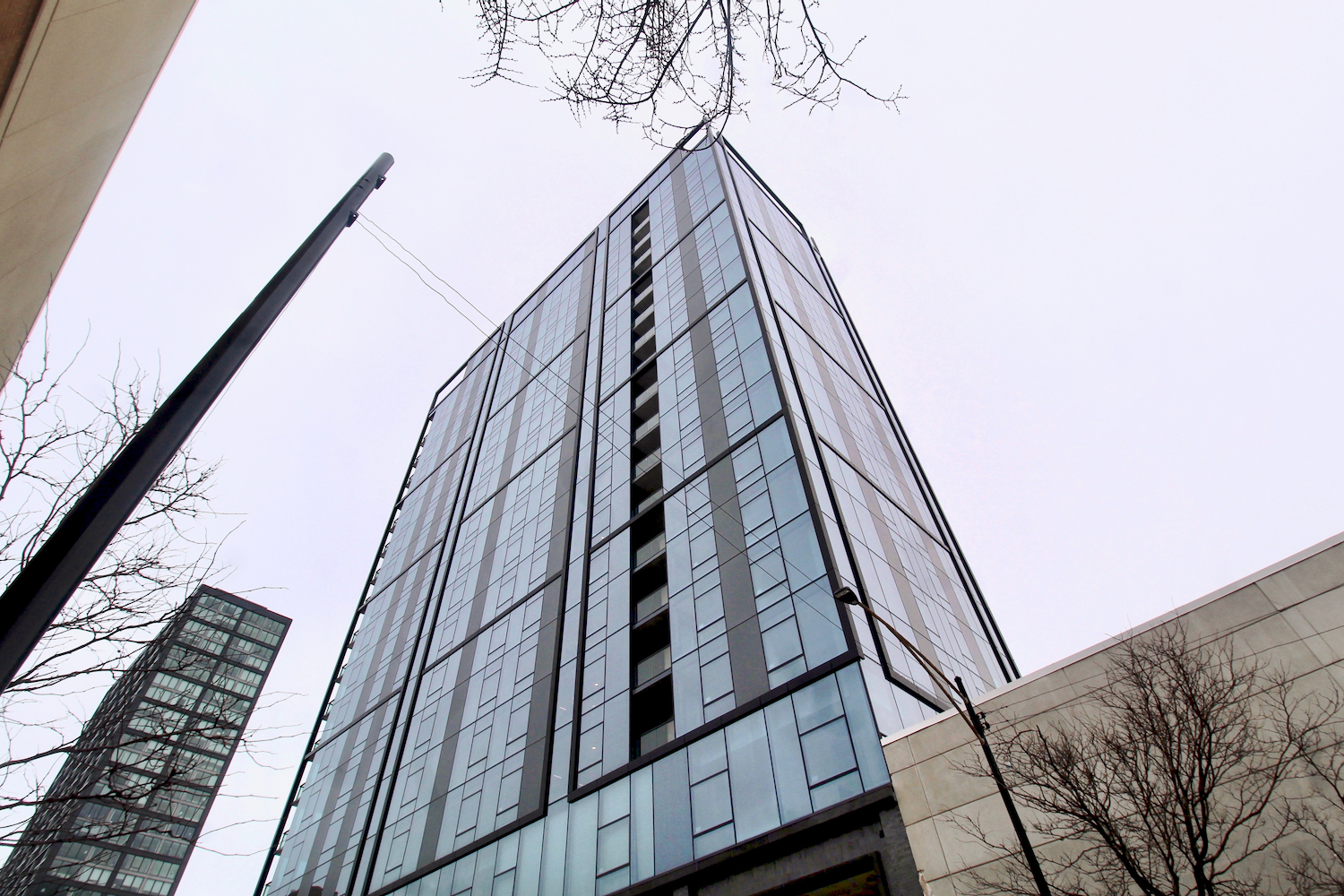 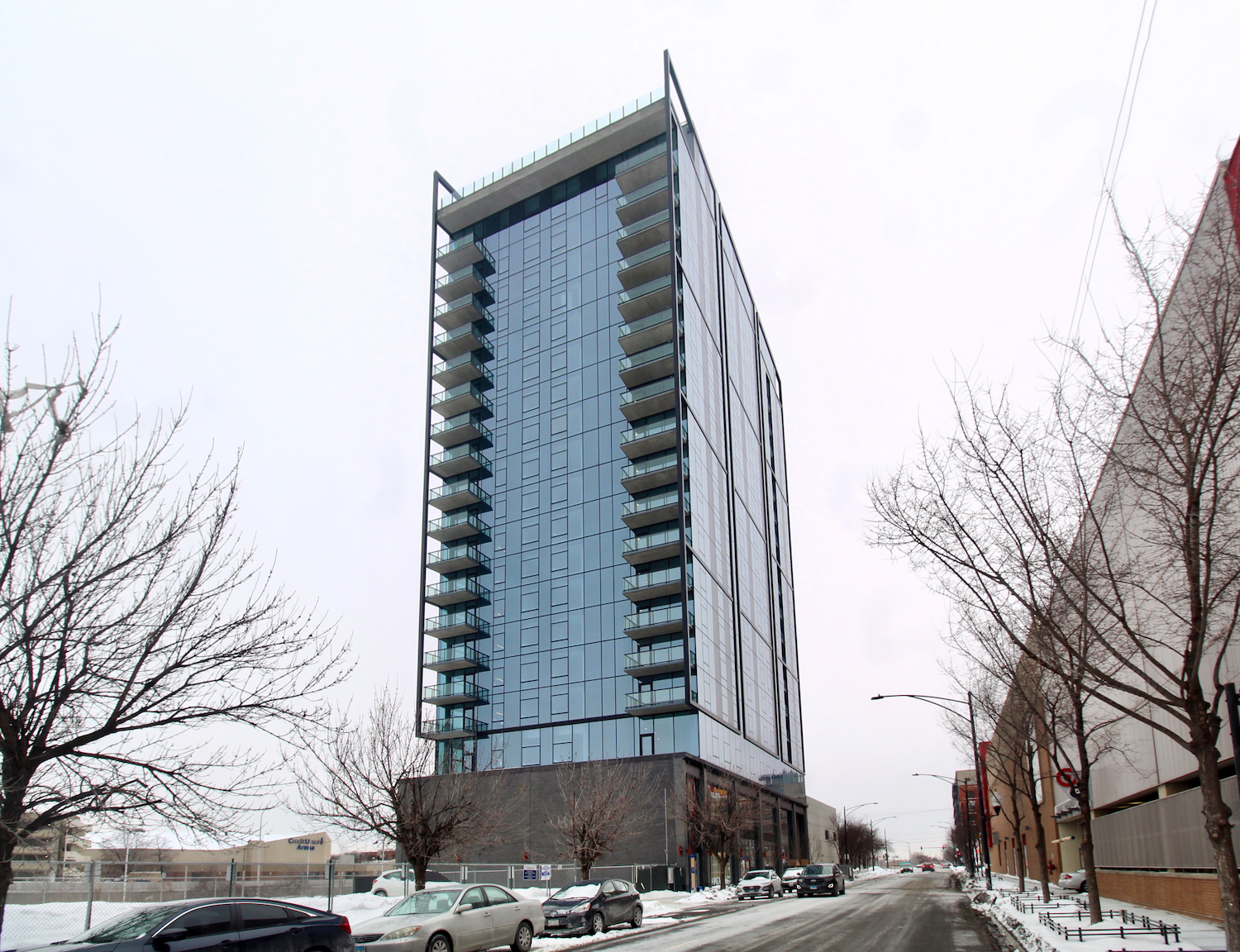 Various retail and dining options are located to the north in the West Loop and its Fulton Market sub-neighborhood. A variety of green spaces line the area, including both Skinner Park and Mary Bartelme Park to the northwest and northeast, respectively. 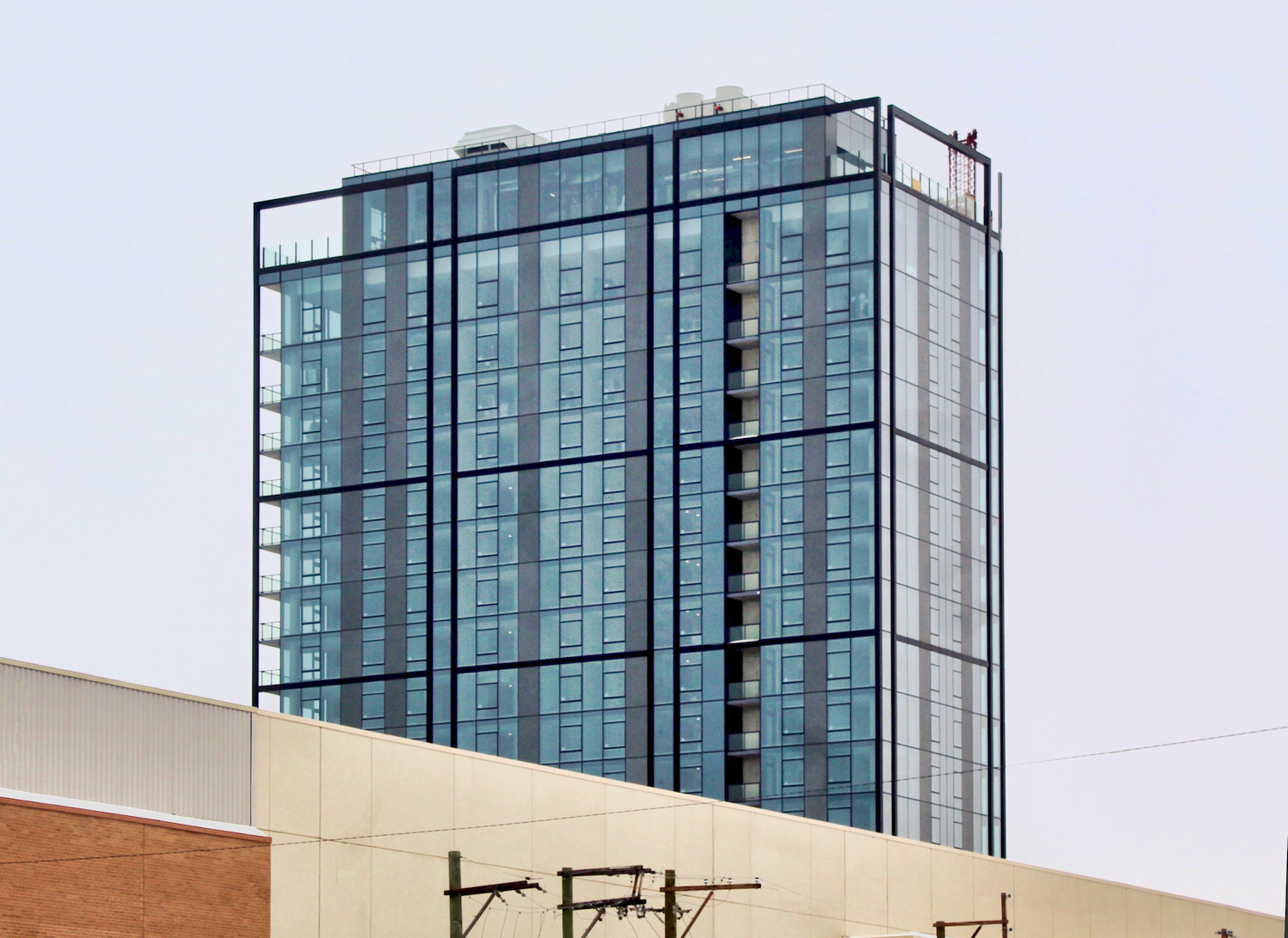 Tandem Construction, a subsidiary of Tandem Partners, is serving as the general contractor for the reportedly $20 million undertaking. A full completion and move-ins are expected for this summer.