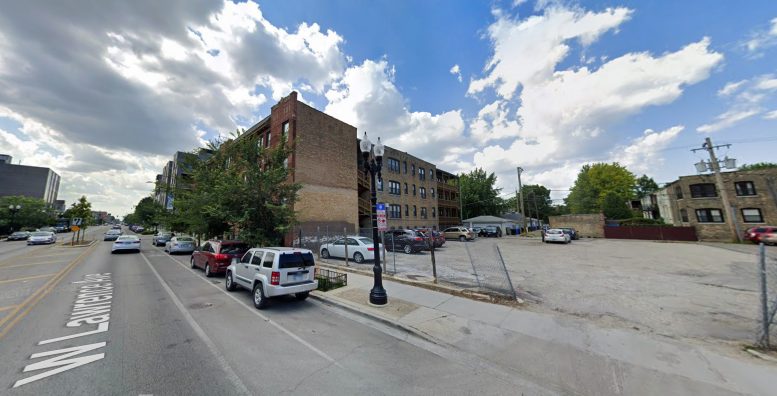 Foundation permits have been issued for a five-story residential building located at 2212 W Lawrence Avenue in Lincoln Square. The owner, filed under Deanna Zivkovic, plans to incorporate 10 total units, as well as four surface exterior parking spaces. The new development will replace a currently vacant lot. Earlier plans were made back in 2013 to build a four-story, 23-unit, mixed-use building, though these plans appear to have been abandoned. In the process of this planning however, a zoning ordinance was passed to convert the property from Bl-1 Neighborhood Shopping District to B2-3 Neighborhood Mixed-Use District. It is unclear however if the new building will occupy the same footprint, given its smaller scope.

Ivan Kutlesa is the architect of record. No drawings or renderings have yet been revealed, and it is uncertain if the structure will be frame or masonry. However, the larger five-floor figure may likely call for a masonry exterior.

For outdoor space, residents will find the 22.4-acre Winnemac Park via a six-minute walk north.

United Development Group LLC is the general contractor for the $150,000 foundation portion. Full construction permits have been filed but not yet issued, and a completion timeline is not yet known.