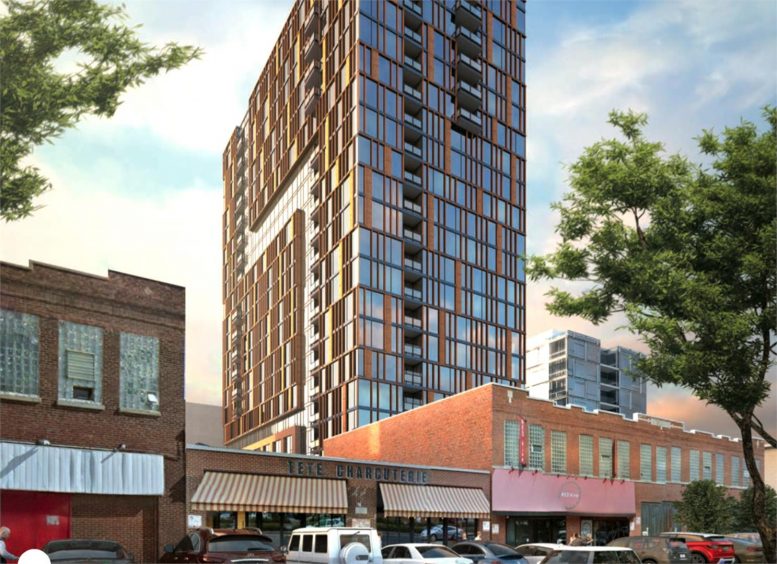 Demolition is now complete at 166 N Aberdeen Street in West Loop, clearing the way for a new 20-story mixed-use tower by MCZ Development. Standing 241 feet to its pinnacle, the building will house a collection of retail, dining, and offices on the lower floors, with 236 apartments housed above. The project serves as the second and taller phase of a two-part plan, with the first building at 171 N Aberdeen Street completed in 2018. 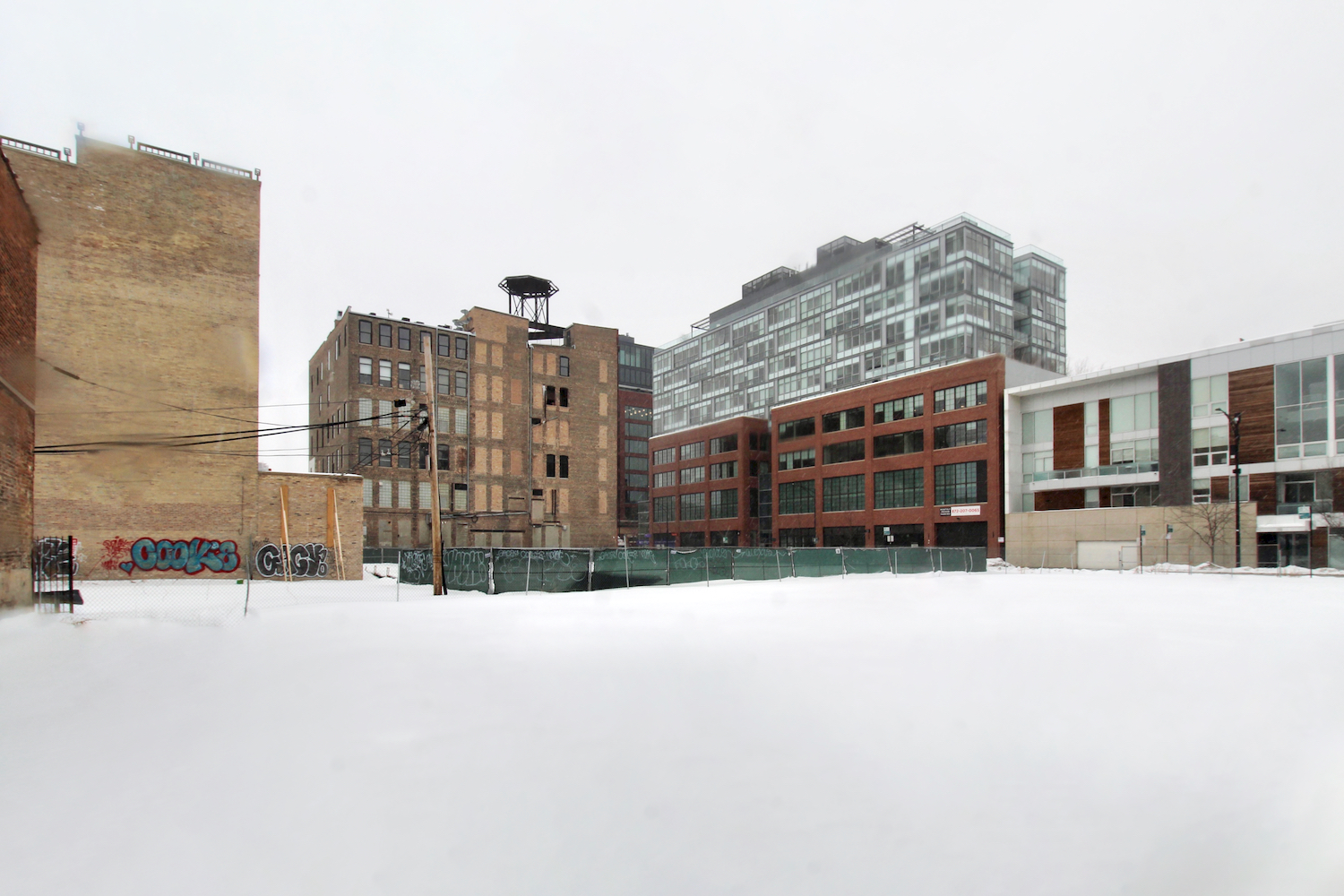 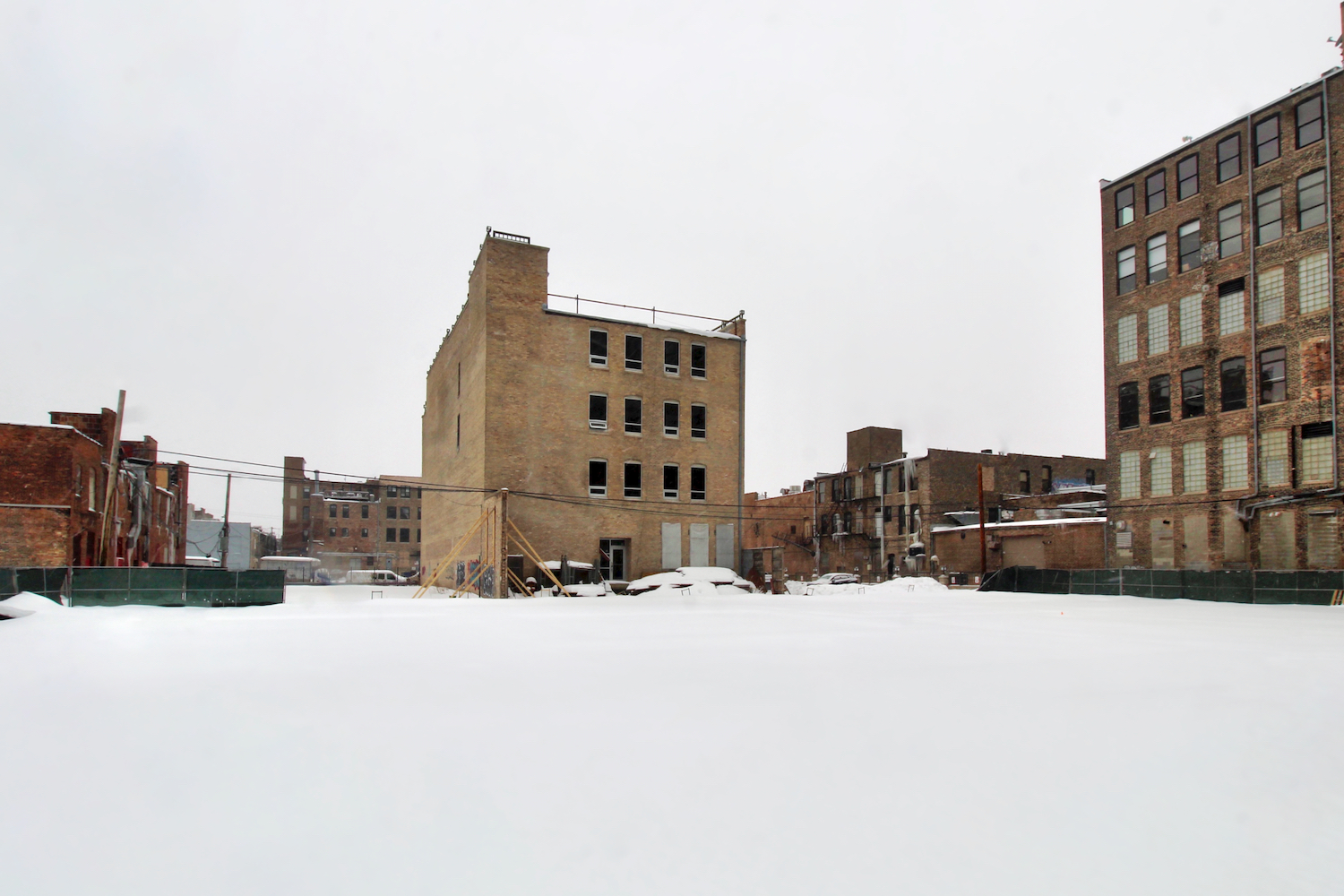 Solomon Cordwell Buenz is behind the design, featuring a mix of materials throughout the exterior, including veneer brick along the base and intermittent painted metal paneling along the apartment portion’s curtain wall. The facade surrounding the apartments will also feature both recessed and protruding balconies, along with a larger setback terrace facing east on the 13th floor. 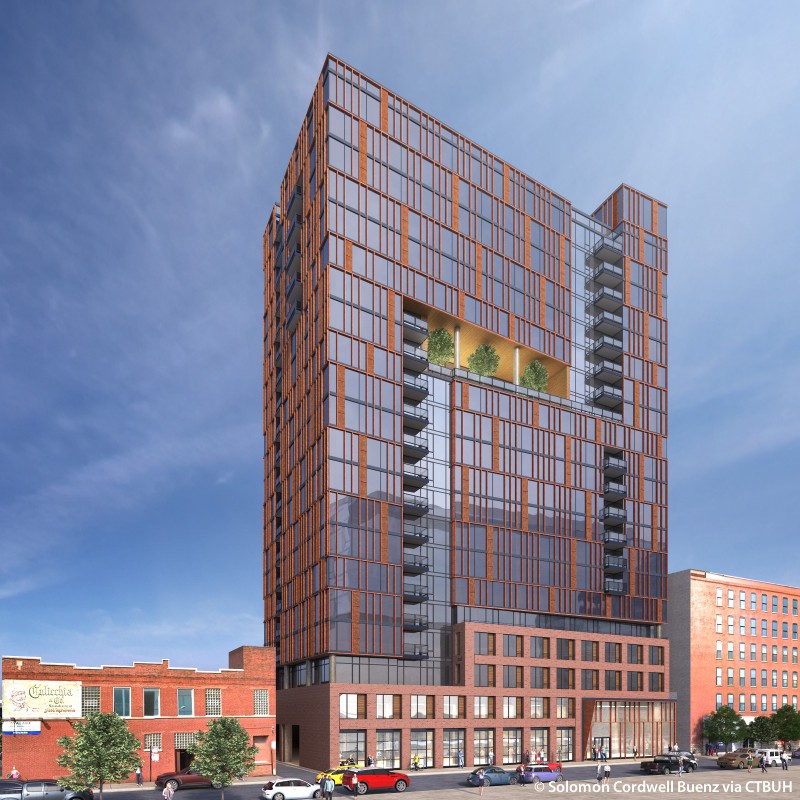 Given its proximity to multiple nearby transit options, the development will contain 70 parking spaces along with 50 bike spaces, according to a 2020 article by Curbed. For bus transportation, residents, tenants, and shoppers will find the nearest stop located via a five-minute walk south to Route 20’s Madison & Aberdeen. Additional service can be found via a nine-minute walk east to Route 8’s Halsted & Randolph. Those wishing to board the CTA L will also find the Green and Pink Lines’ Morgan station, a five-minute walk northwest. The Blue Line is also within walking distance, with equidistant stations a 16-minute walk northeast and south to the respective Grand and Racine stations. 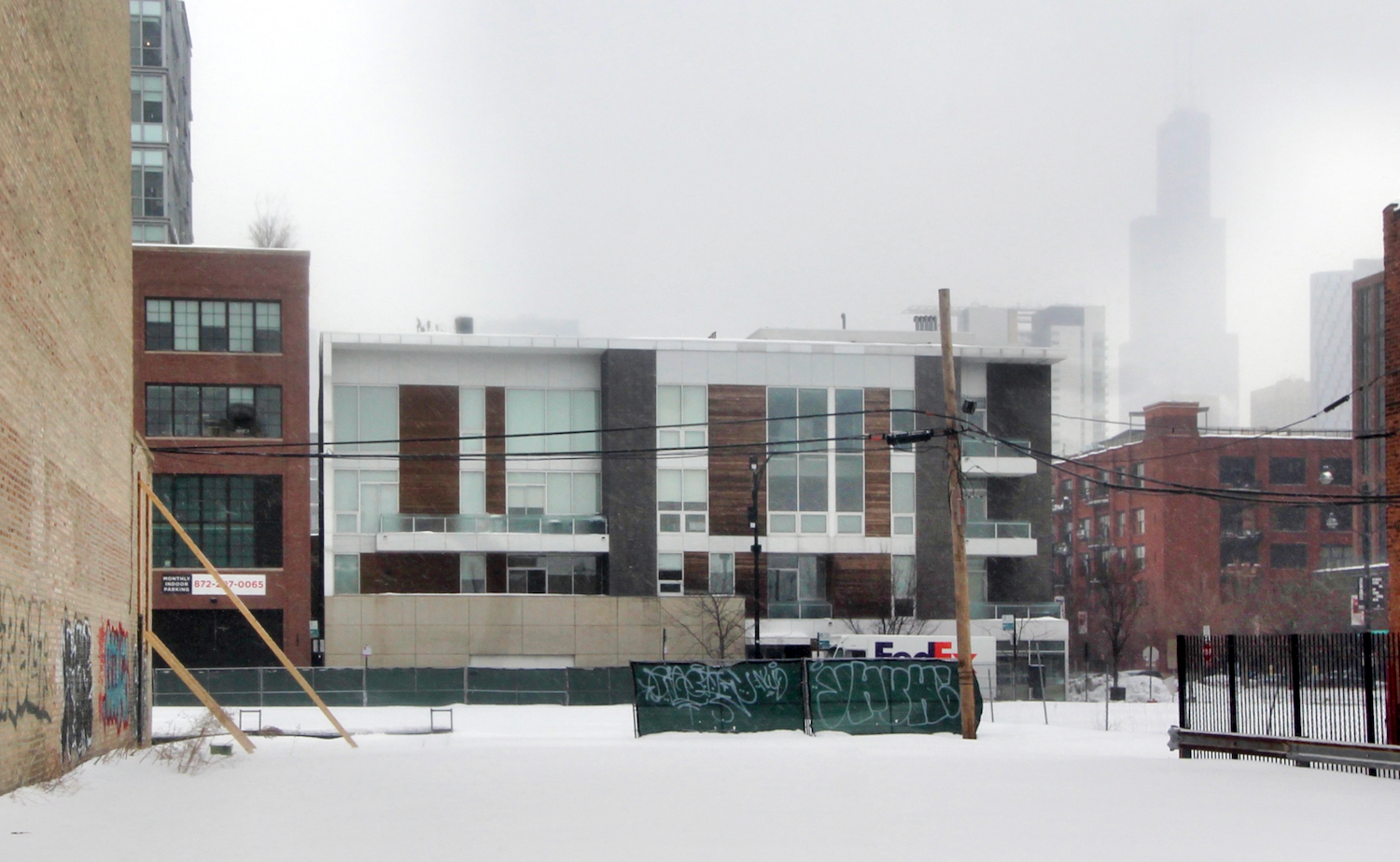 Heneghan Wrecking & Excavating served as the wrecking contractor for the site’s previously occupying one- and two-story masonry buildings. Construction permits have neither been issued nor filed, and a full completion timetable is still unknown.