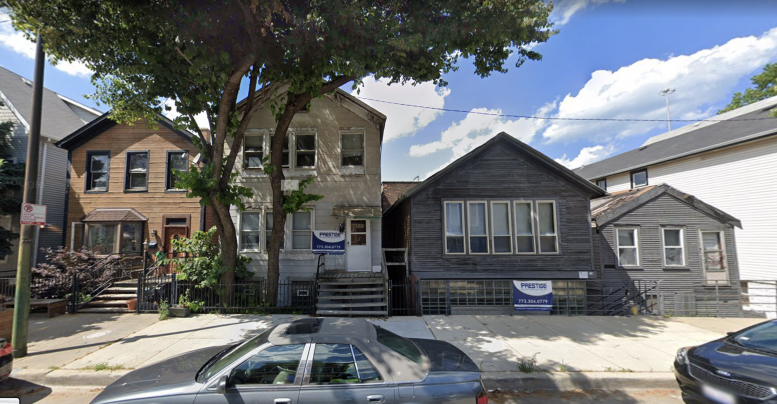 Construction permits have been issued for a three-story residential building located at 720 W 17th Street in East Pilsen. Owned and developed by Leonardo Nieto, the building will house four total dwellings, as well as a rooftop enclosure, a basement, a four-story rear porch, and a four-car parking pad. Currently, the site is occupied by two frame residences and a taller multi-level masonry building in the rear. It is unclear if all the structures will be cleared for the new residence.

Radule Tepavcevic of RT Architect Inc is responsible for the design, whose renderings have not yet been revealed. However, multiple masonry contractors included in the permit filing suggest that the structure will either be brick or stone.

The site lies amongst several transportation options, including north and southbound bus stops for Routes 8, 18, and 62 less than a two-minute walk northwest. The two nearest CTA L stations, meanwhile, include the Orange Line’s Halsted station via a 19-minute walk south, as well as the Red Line’s Cermak-Chinatown station via a 22-minute walk southeast.

Residents will find outdoor space and a playground at Jefferson (Thomas) Park, a seven-minute walk east. Multiple retail and dining options are also within walking distance, located to the southwest along Pilsen’s various commercial corridors.

Prestige Renovations Services is the general contractor behind the $500,000 construction. No completion date has yet been revealed.