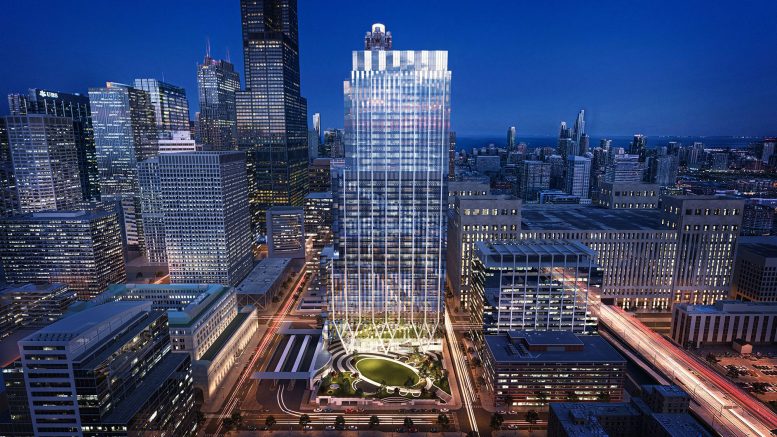 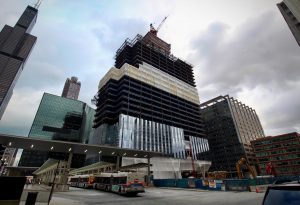 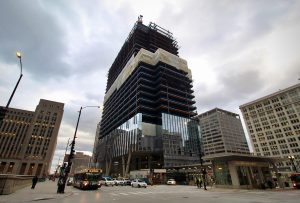 The project is being jointly developed by Riverside Investment & Development and Convexity Properties, with 1.5 million square feet of Class A office space and amenities. Floor plates will range in size from 29,000 to 32,000 square feet, with finished ceiling heights ranging from 9’6 to 12 feet on select floors. 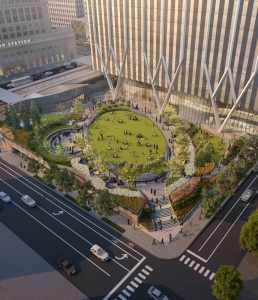 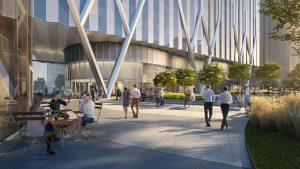 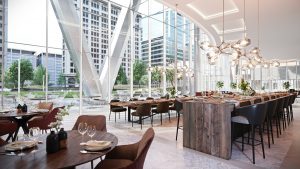 Goettsch Partners is responsible for the design, whose massing is comprised of setbacks that allow for large private terraces. Encasing this massing is a dynamic facade that involves a corrugated glass curtain wall and large V-shaped trusses at its base. The ground floor is set back from the above structure to allow for additional plaza space, while a new 1.5-acre public park will accentuate the tower’s presence on the southern portion of the site. 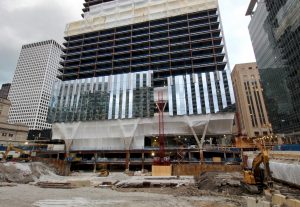 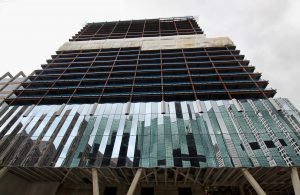 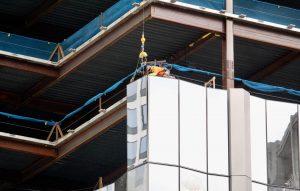 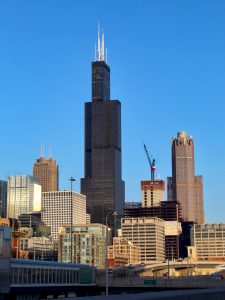 Since YIMBY’s last update in late October, general contractor Clark Construction has added roughly a dozen floors and begun the installation of the curtain wall. The $900 million undertaking is expected to reach completion in January 2022.