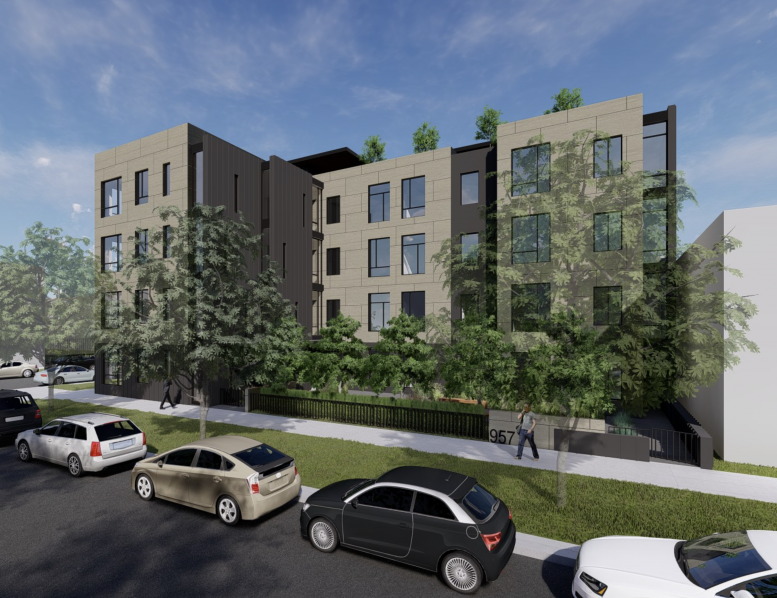 Work for the four-story residential building at 957 W Grace Street has topped out in Lake View. Officially addressed in permits as 3763 N Sheffield Avenue and developed by MCZ Development, the project is set to bring 50 total units to the area. 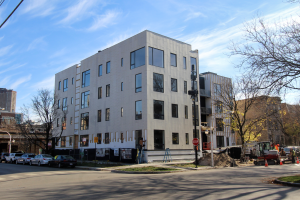 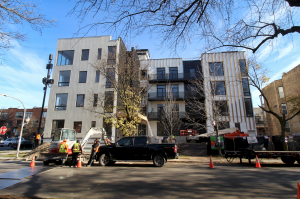 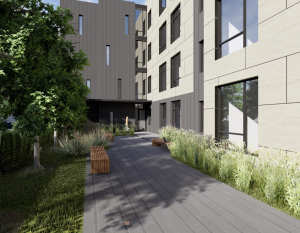 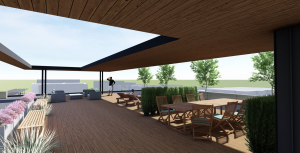 The architect of record, William Rodon Hornof of 2rz Architects, has designed a light stone facade, with dark metal finishes along both its exterior walls and spacious windows. Additional components include a central courtyard and rooftop deck.

A permit update this past July was issued for an additional four-story, ten-unit wing of the building to add to the original 40 units. The wing will occupy a lot on the southern end of the property, flanking the central courtyard. Although permits originally included 20 on-site spaces and bike parking, it is unclear if the amended permit has updated that figure.

Wrigley Field can be found just a three-minute walk south of the property, while the lake front is around a 15-minute walk east. 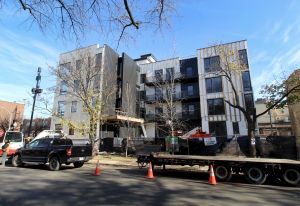 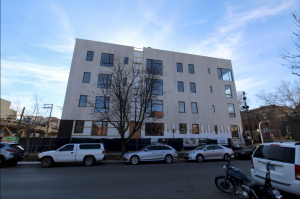 D.O.M. Properties Investment is serving as the general contractor for the project, estimated to cost roughly $6.9 million with the new wing included. Both the structure and exterior are nearly complete for the original 40-unit wing, with a completion likely imminent by early next year. However, the new wing still has yet to be constructed. It is unclear if this portion will open simultaneously or is planned for a later occupancy date.