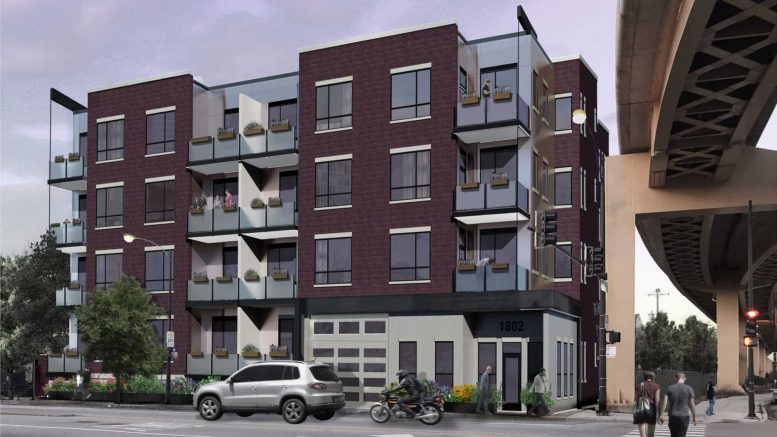 Exterior work is nearly complete for the four-story residential project at 1802 S State Street, located in South Loop. Developed by Episteme Luxury and financed by Heartland Bank, the building will house 39 condominiums, ranging in size between one-, two-, and three-bedrooms. 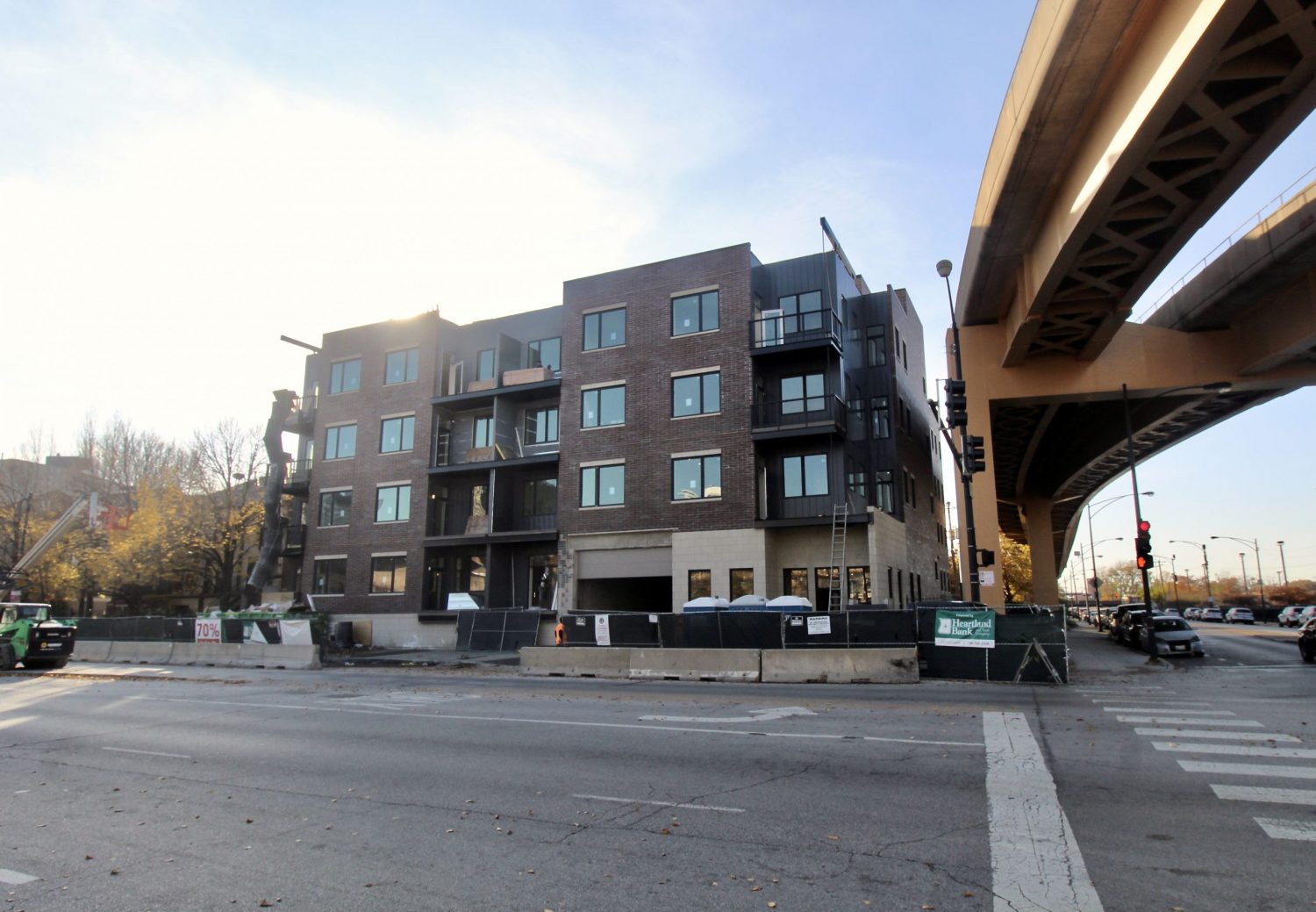 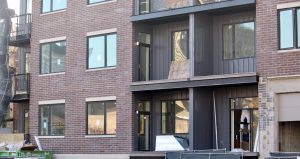 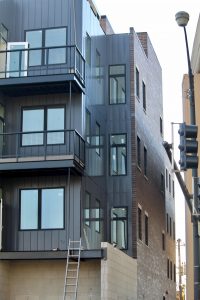 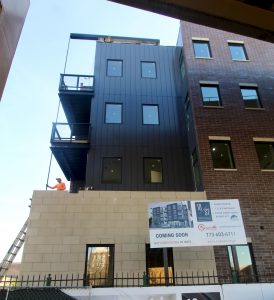 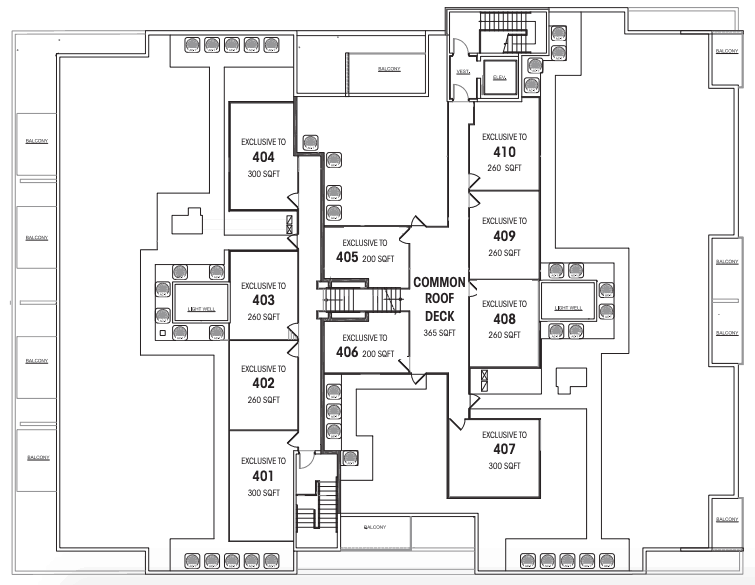 The development consists of a number of notable features, including 10-foot-high ceiling spans, outdoor space with every unit with either a ground-floor deck, balcony, or balcony and roof deck, and an elevator spanning from basement to roof level. Amenities consist of a heated garage in the basement with parking for all residents, a package receiving area, bike storage, and a common area on the first floor. The roof will house a common terrace with grills for all residents to use, as well as the private deck spaces for fourth-floor residences.

Residences will have red oak floors, solid core doors, and large closets with custom organizers. Both the kitchen and bathrooms come with varying cabinetry and fixtures depending on the floor plan. Kitchens have quartz countertops as well as standard and upgradable appliance packages. Bathrooms will also feature quartz, as well as porcelain floor and wall tile.

The building is designed by SPACE Architects + Planners, who have incorporated vertical light wells in the inner volume, a metal and brick facade, and suspended balconies. Renderings also show the entrance area comprising of a distinctly lighter masonry exterior and direct garage access from State Street.

YRL Builders LLC is the general contractor for the $12 million project. A completion date is expected by the end of the year.