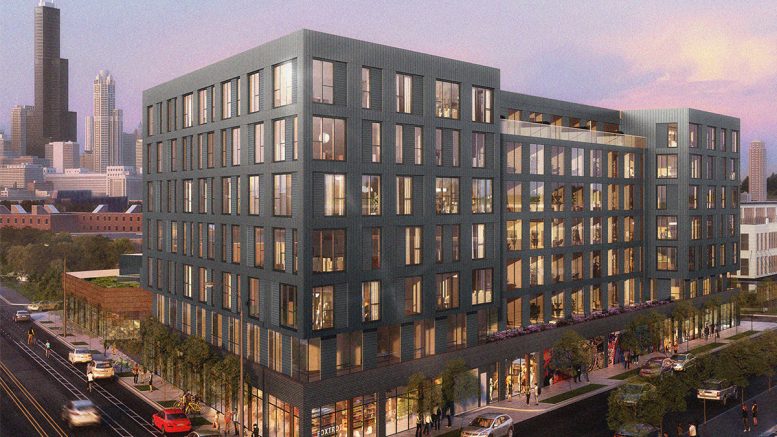 the Rosie. Rendering by HPA

Exterior work is well underway for the seven-story mixed-use building in Little Italy known as “the Rosie” (formerly “Pilsen Gateway”). The 202-rental-unit project is a partnership between developers CEDARst and Origin Investments. 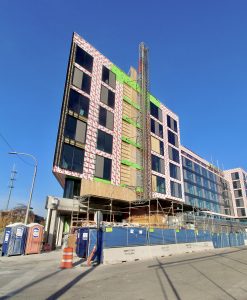 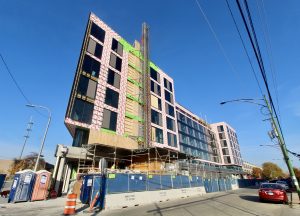 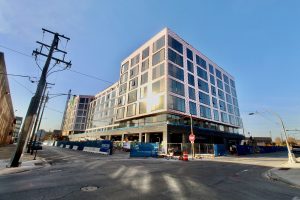 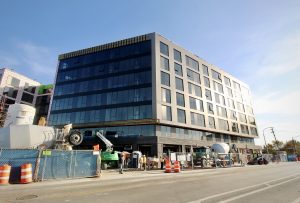 Located at 1461 South Blue Island Avenue just north of Pilsen, the site qualifies as part of the federal opportunity zone, which encourages development in economically-distressed areas by offering tax incentives.

The units will range from studios to two-bedrooms, averaging 616 square feet in size. Seven of the units will be classified as affordable, which was approved prior to a more recent affordable housing ratio requirement, according to Crain’s. Known as the ARO Pilot area, the zoning was implemented for parts of the Little Italy/Pilsen area.

As reported by REjournals in January, the range of amenities include an 8,500-square-foot outdoor deck, a lounge, and a fitness center. These spaces will also have prime views of the Chicago skyline. Other components include 7,600 square feet of retail space and 131 parking spaces.

the Rosie. Rendering by HPA

Hartshorne Plunkard Architecture is responsible for the building’s design, with an irregular footprint due to the trapezoidal-shaped parcel. The main building occupies the southern half, while renderings show an attached low-rise wing that houses retail and the amenity deck on top. The palette primarily consists of gray masonry used on the main residential component. Other tones of brick encapsulate the ground level and retail/amenity wing.

Transportation in the area includes Bus 60 at the adjacent Blue Island & 15th Street intersection, with stops for its northeast and southwest-bound routes. Other routes within a 10-minute walk include Route 12 to the north, Route 18 to the south, and Route 9 to the west. The nearest CTA L availability is the Pink Line’s 18th station, located via a 15-minute walk southwest. Those wishing to access the Blue Line can find Racine station a 21-minute walk north.

For points of interest in the area, residents will be able to walk four minutes west to the 9.2-acre Addams/Medill Park. A variety of retail and dining options can be found within a 10-minute walk south and southwest to Pilsen’s main commercial area. 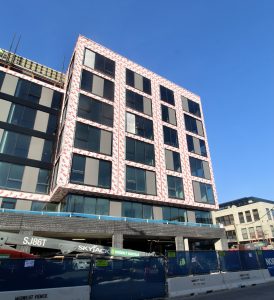 While the construction permits issued last year tally the projected work at just below $33 million, Crain’s January article mentioned that the required financing will total $64.5 million. Norcon, Inc. is serving as the general contractor. Completion and opening is planned for spring of 2021.