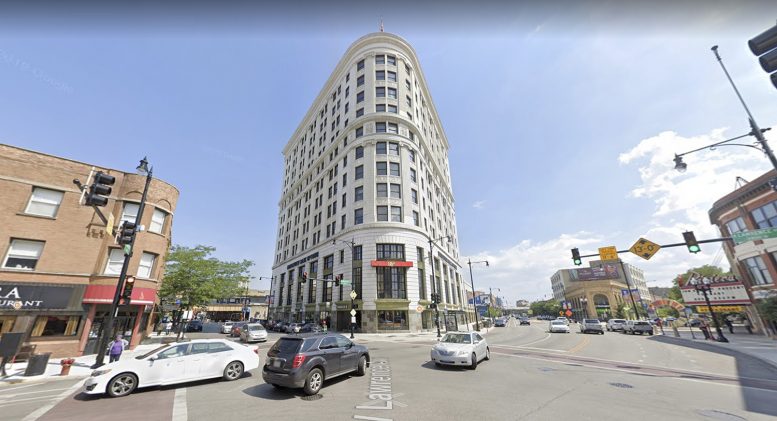 The Permit Review Committee, a subcommittee of the Commission on Chicago Landmarks, has approved the adaptive reuse development at 4753 N Broadway in Uptown. Located on the southeastern corner of N Broadway and W Lawrence Avenue, the existing building is the former Sheridan Bank and Trust Building, now named the Bridgeview Bank Building. The Lawrence CTA L station, serviced by the Red Line, is within a two-minute walk. The 36 and 81 CTA bus routes can be accessed at the Broadway and Lawrence stop, directly adjacent to the site. 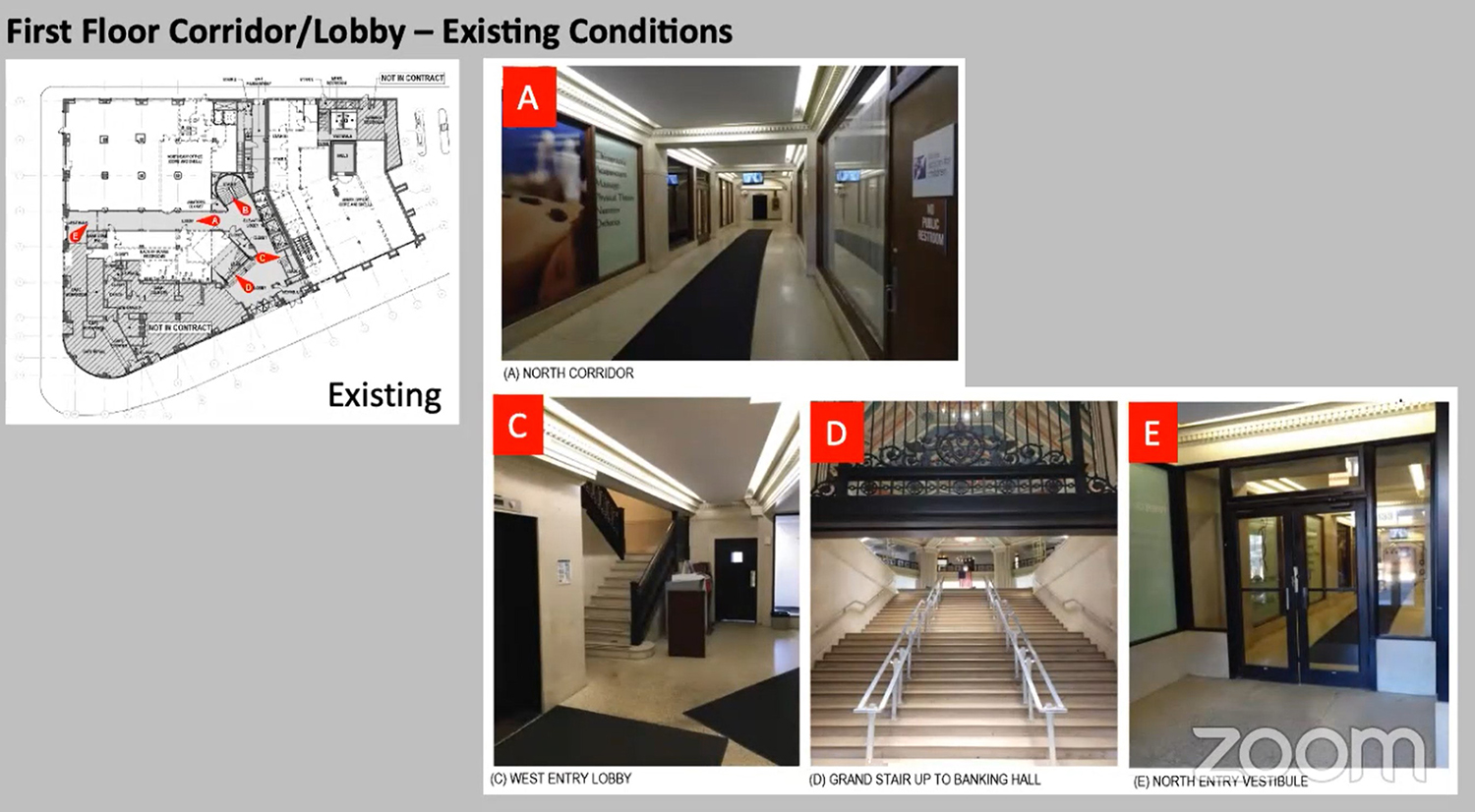 Designed by Level Architecture, the project looks to renovate a 12-story former bank building, including a residential conversion, modifications to the former banking hall, and a one-story rooftop addition to an existing mechanical penthouse. Ground-floor retail and commercial space will remain, while the landmarked banking hall will be repurposed as a coworking space. The upper floors will be converted into 176 rental units. 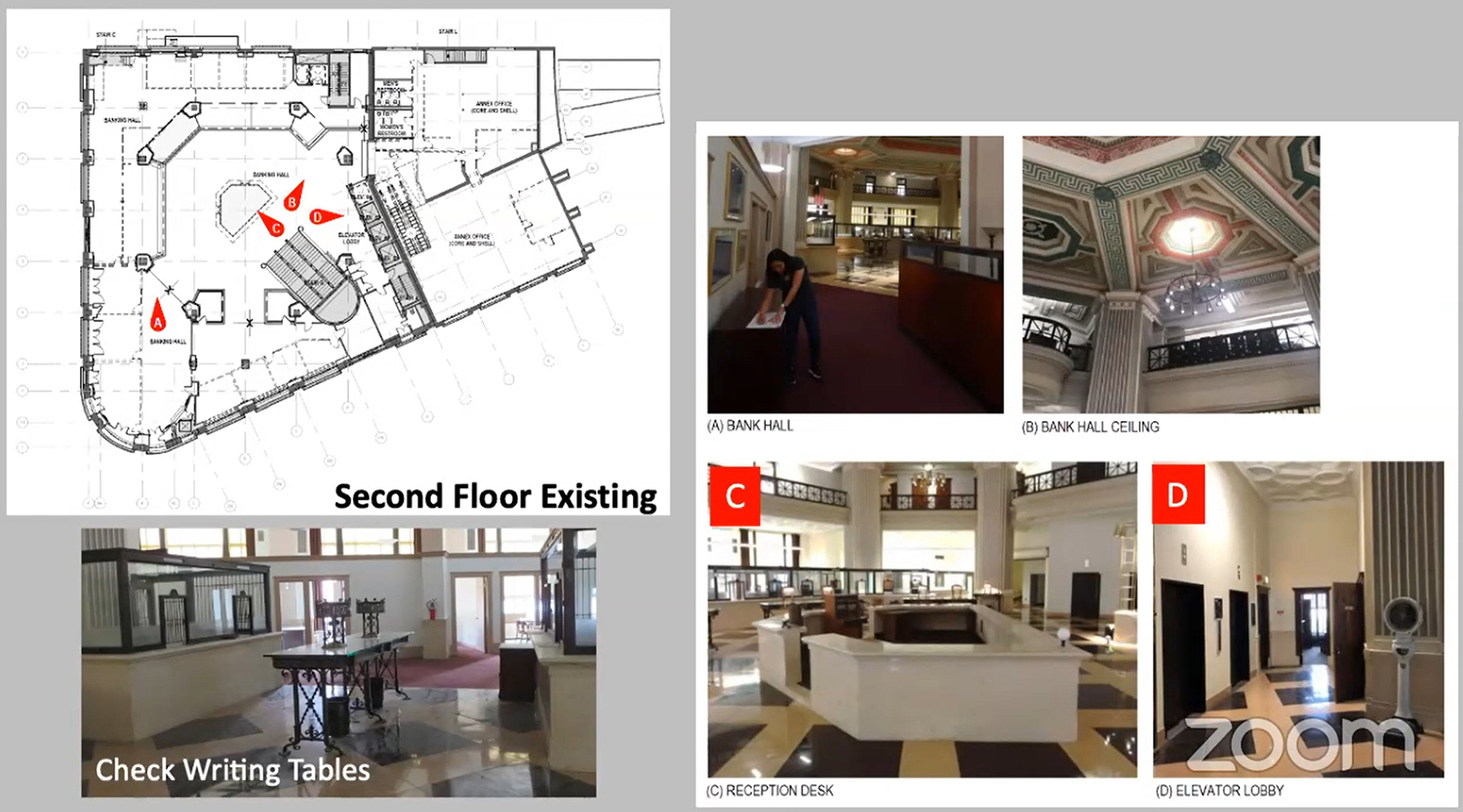 Developed by Cedar St. Companies and FLATS, the building was designated a landmark in 2007. It was originally erected in 1924 and was eight floors. Four more floors were added in 1928. Cedar St. Companies bought the property in 2019 and is applying for federal historic preservation tax credits.

The building is extensively landmarked. Designated features include all of the exterior elevations and rooflines of the building, but also interior features. The first floor entrance vestibules on N Broadway and W Lawrence Avenue, the corridor connecting the two vestibules, the elevator lobby, the staircase from the first floor to the basement, and the main staircase leading from first floor to banking hall are all landmarked in their entirety. The second-floor banking hall in its entirety including the mezzanine level, railings and teller stations, check writing stands, and the ornamental entrance gate are also designated as landmarked features. 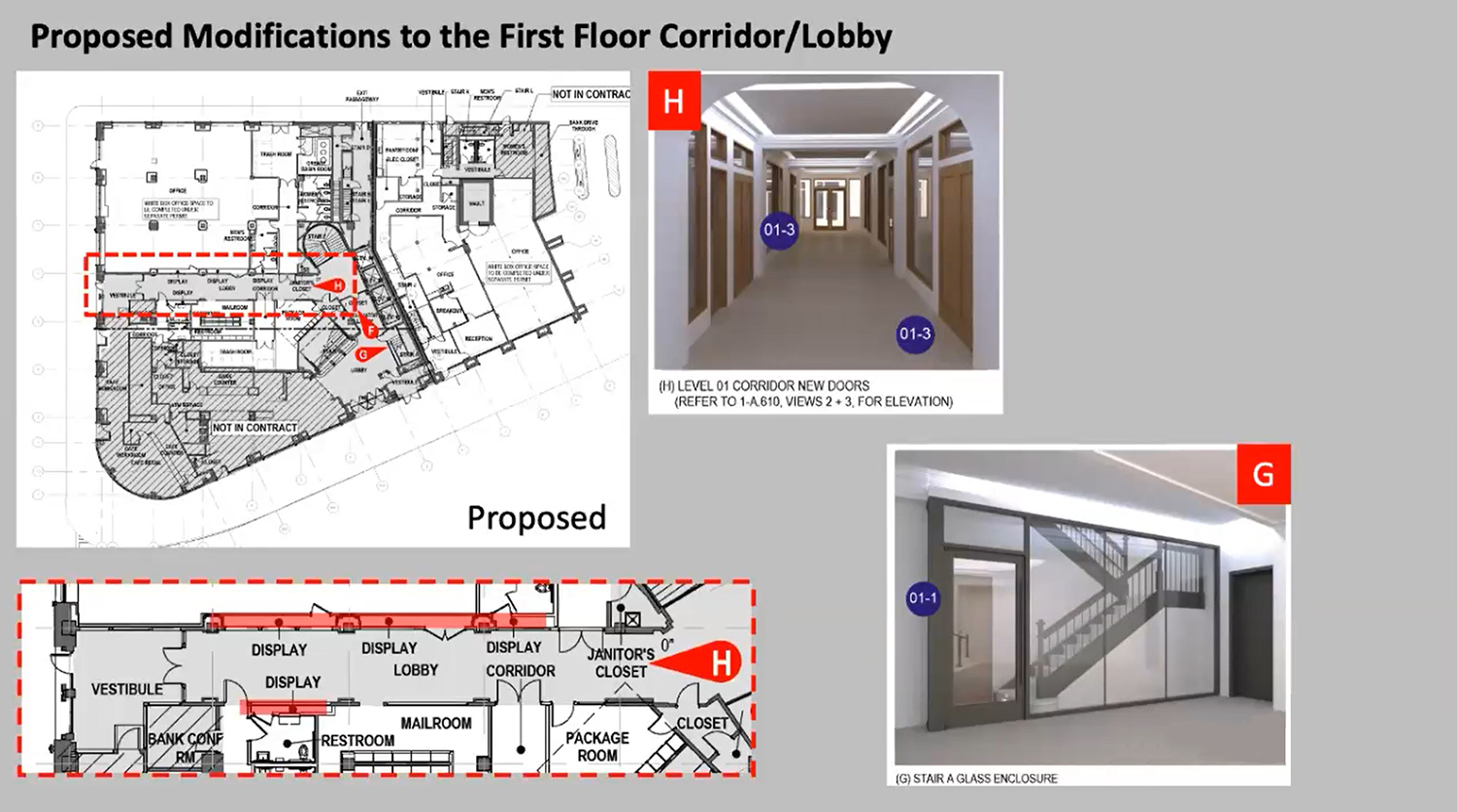 Proposed modifications include new display spaces along the corridors, an expansion of an existing door to accommodate needs of residential trash collection and mail delivery, the separation of residential and commercial elevators in the elevator lobby, achieved via a glass separation wall, and new stairs to the south of the N Broadway entrance. The lobby is a designated area, and the stairs must be enclosed, so the new was designed to minimize its impact on the lobby space. A glass enclosure is used to maintain views through the separation. 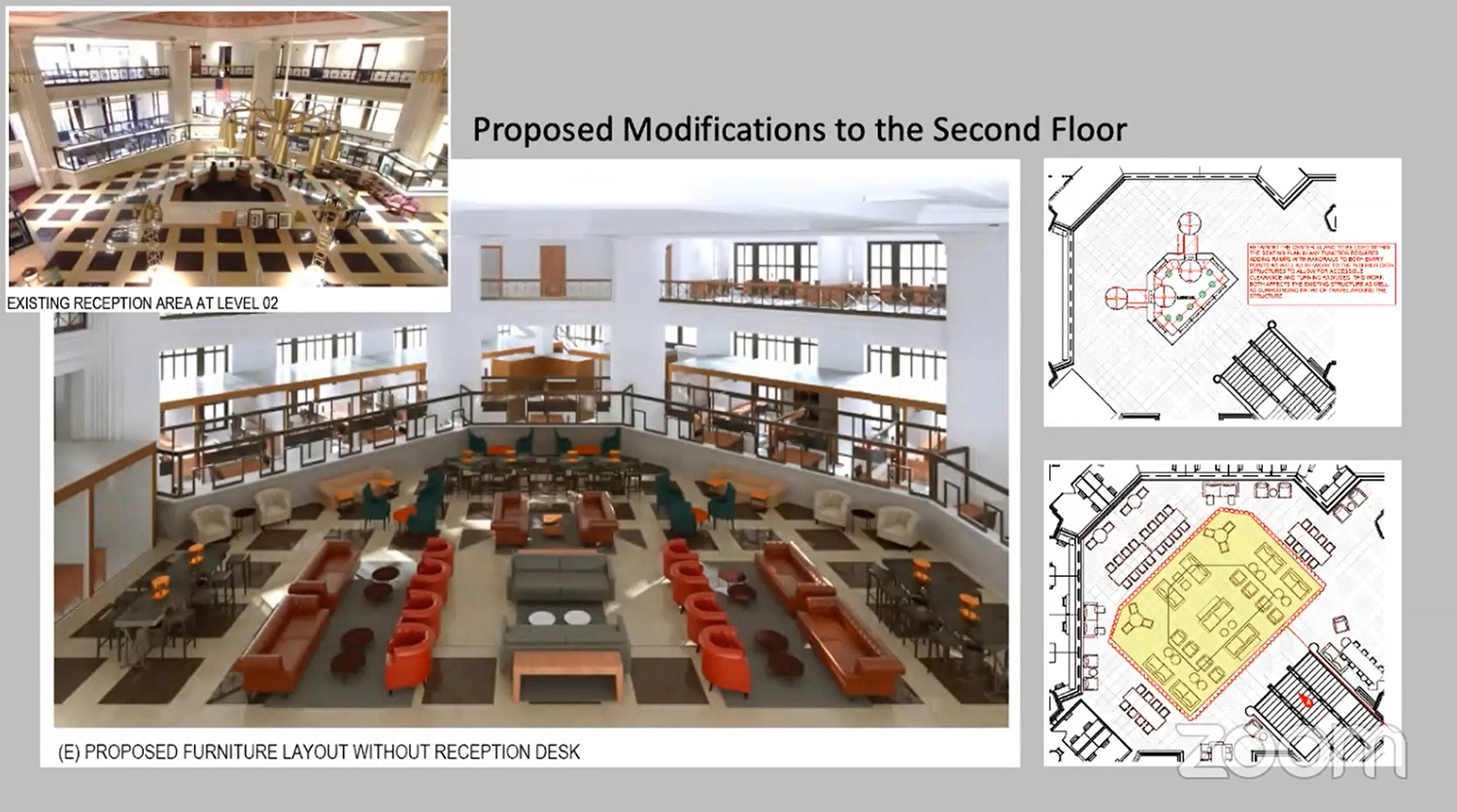 The second floor is modified to be a coworking space. The center reception desk will be removed to accommodate working and seating areas. Office enclosures will be added, mostly at the periphery attached to the window system. There will also be some freestanding offices, attached only at the ground. The front of the teller stations will be retained, while the rear metal lattice will be removed and replaced with glass. The existing frames will be modified for the glass. The check writing tables will be retained but moved around within the space. 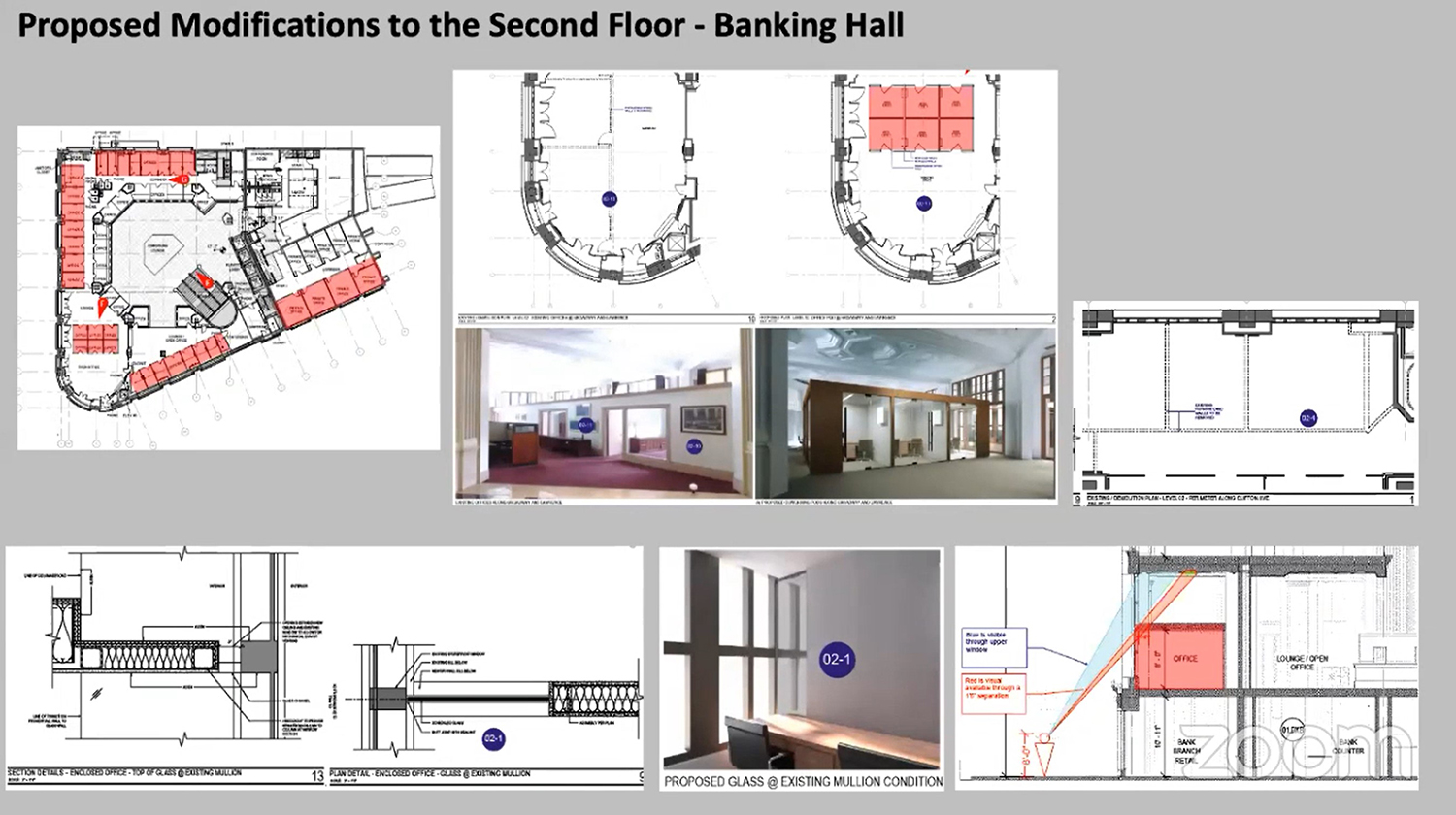 The mezzanine will have more office enclosures similar to the main banking floor. The glass enclosures will be added, while trying to avoid damaging historic ceiling details. The existing fluorescent fixtures will be replaced with contemporary LED fixtures while maintaining existing attachments to the ceiling. 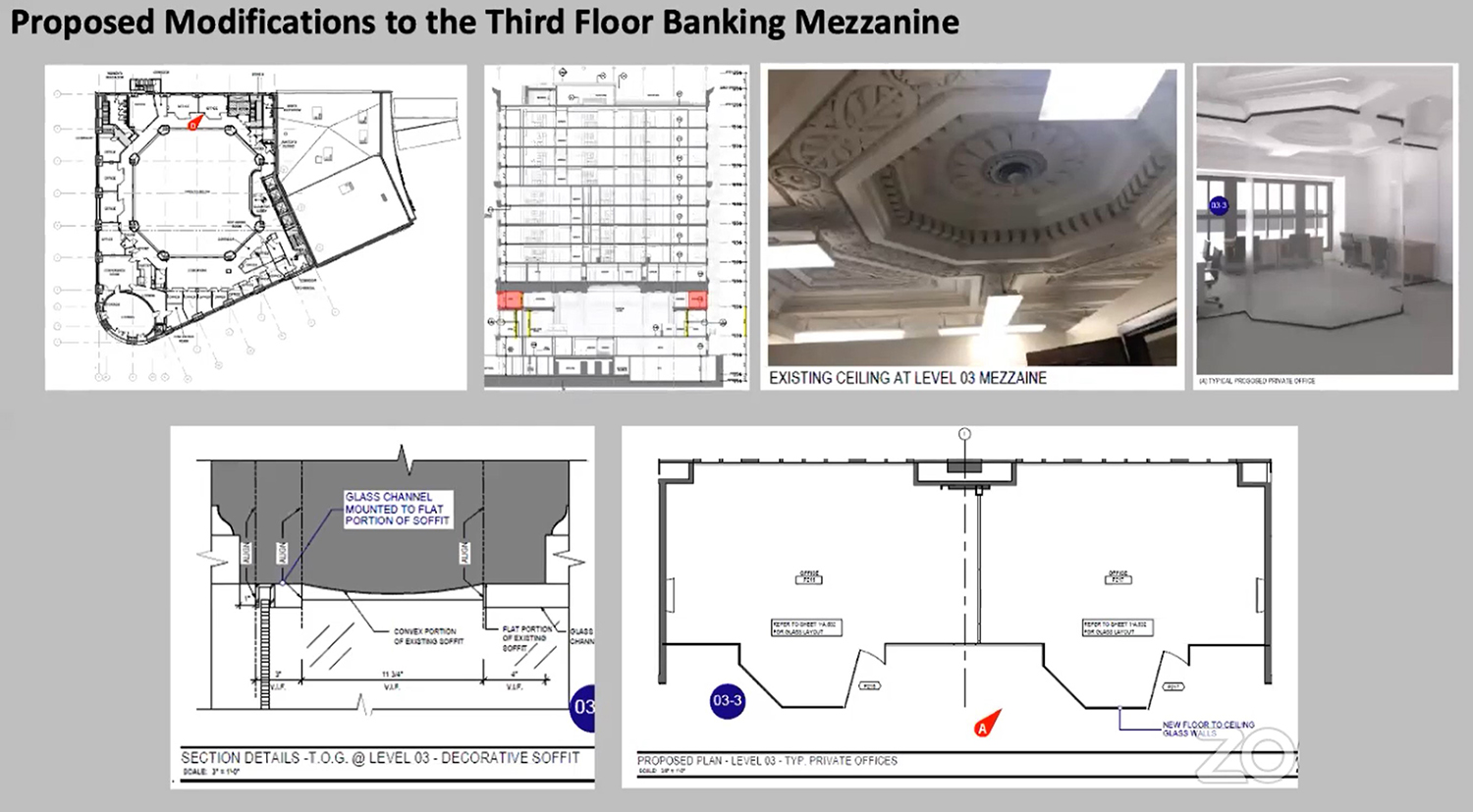 Storefront work is planned with the addition of new windows and modifications to two storefronts. The east elevation will be enlarged to accommodate trash removal, with louvers proposed for the transom area. A new door and sidelight for the storefront bay along the northern elevation will be added. 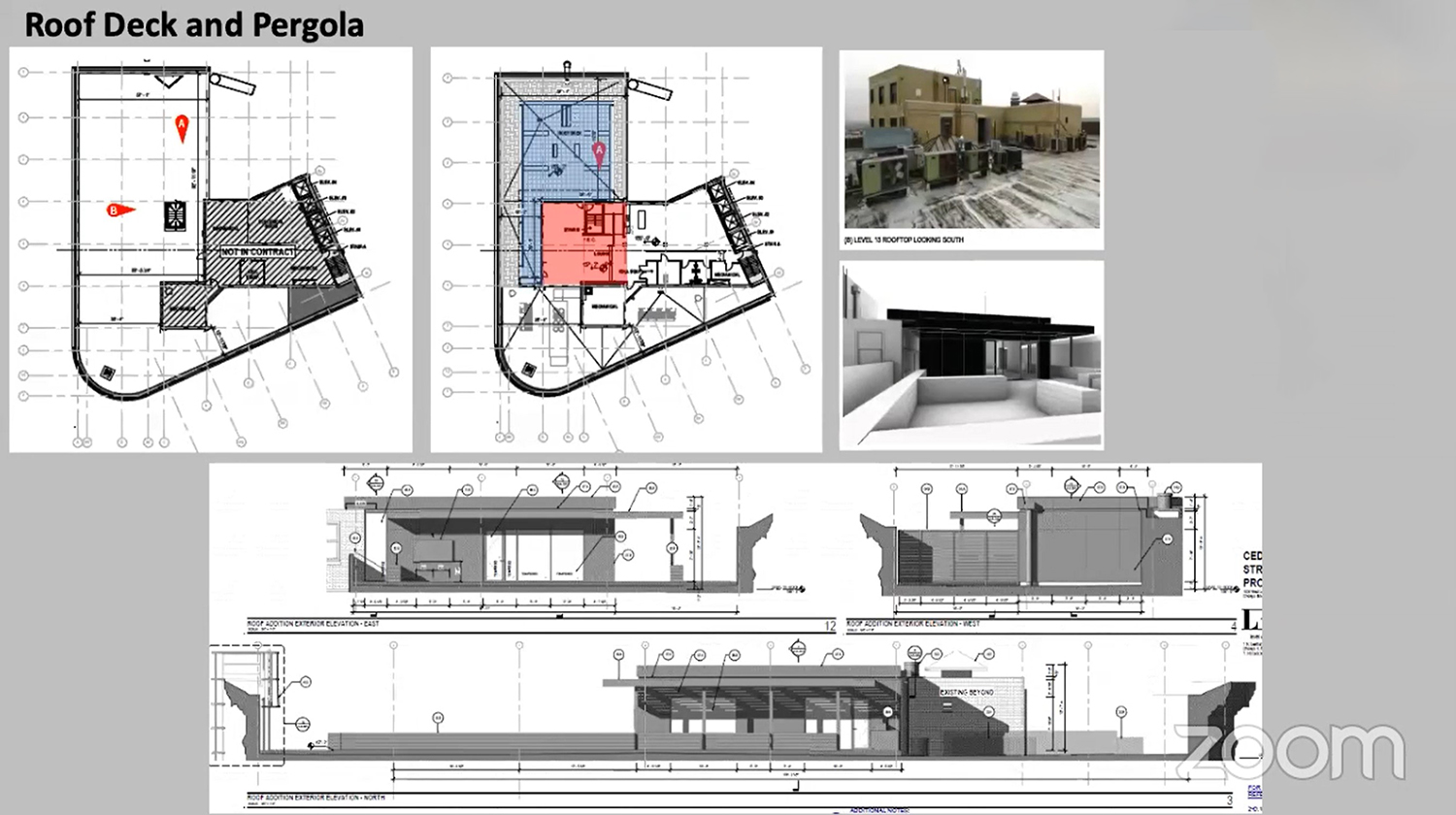 New aluminum double hung windows will replace the existing windows on floors four through 13. A roof deck and pergola is also part of the renovation, with the expansion of the rooftop mechanical penthouse as amenity space. The enclosure and pergola will be minimally visible from street level as it is setback from each parapet and is capped at a maximum height of 14 feet.

With this approval, the project can move forward with permitting and construction. Permits for the renovation have been filed, but are awaiting approval. Completion is anticipated for 2021.