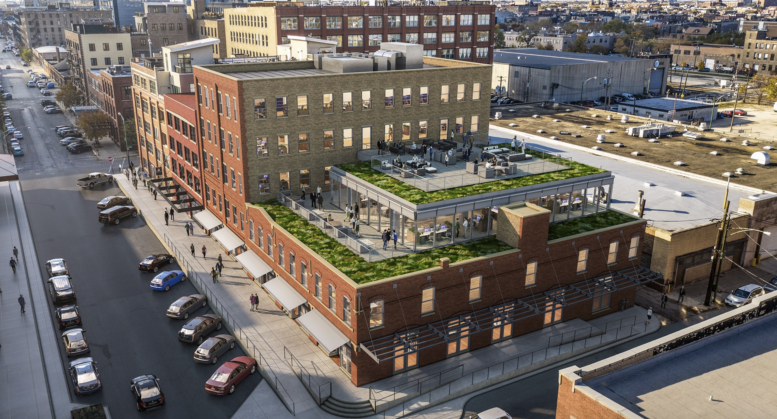 Work is rapidly nearing completion for a mixed-use, multi-building development known as 1100 W Fulton Market, located within West Loop‘s Fulton Market neighborhood. The project has been developed by Fulton St. Companies, with additional backing from Huizenga Capital Management. Herman Miller, which recently began leasing the 1100 W Fulton Market property, will serve as the single tenant for the buildings. Herman Miller’s new space will include its retail offerings and a showroom on the first floor, and accessory office space on the floors above. 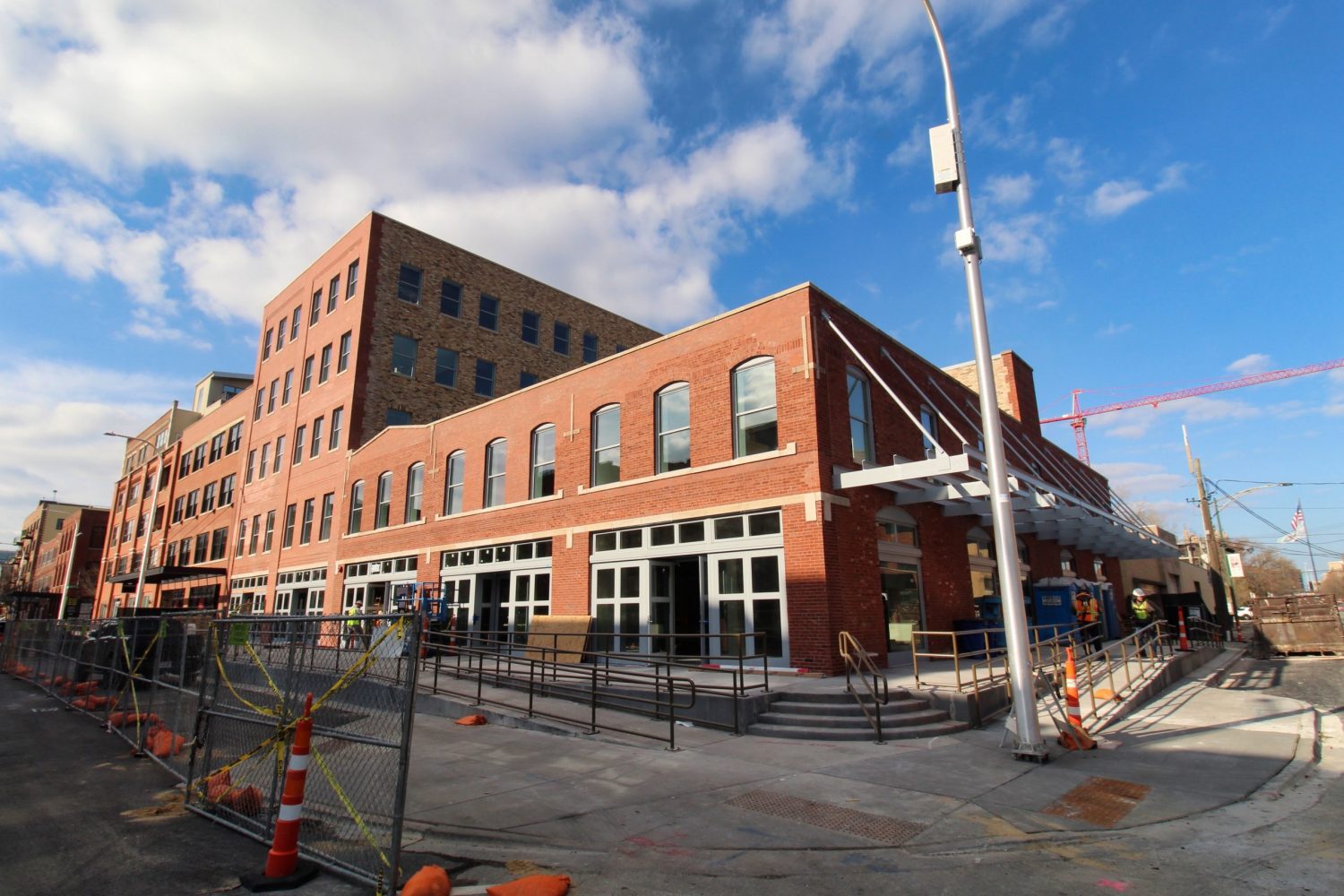 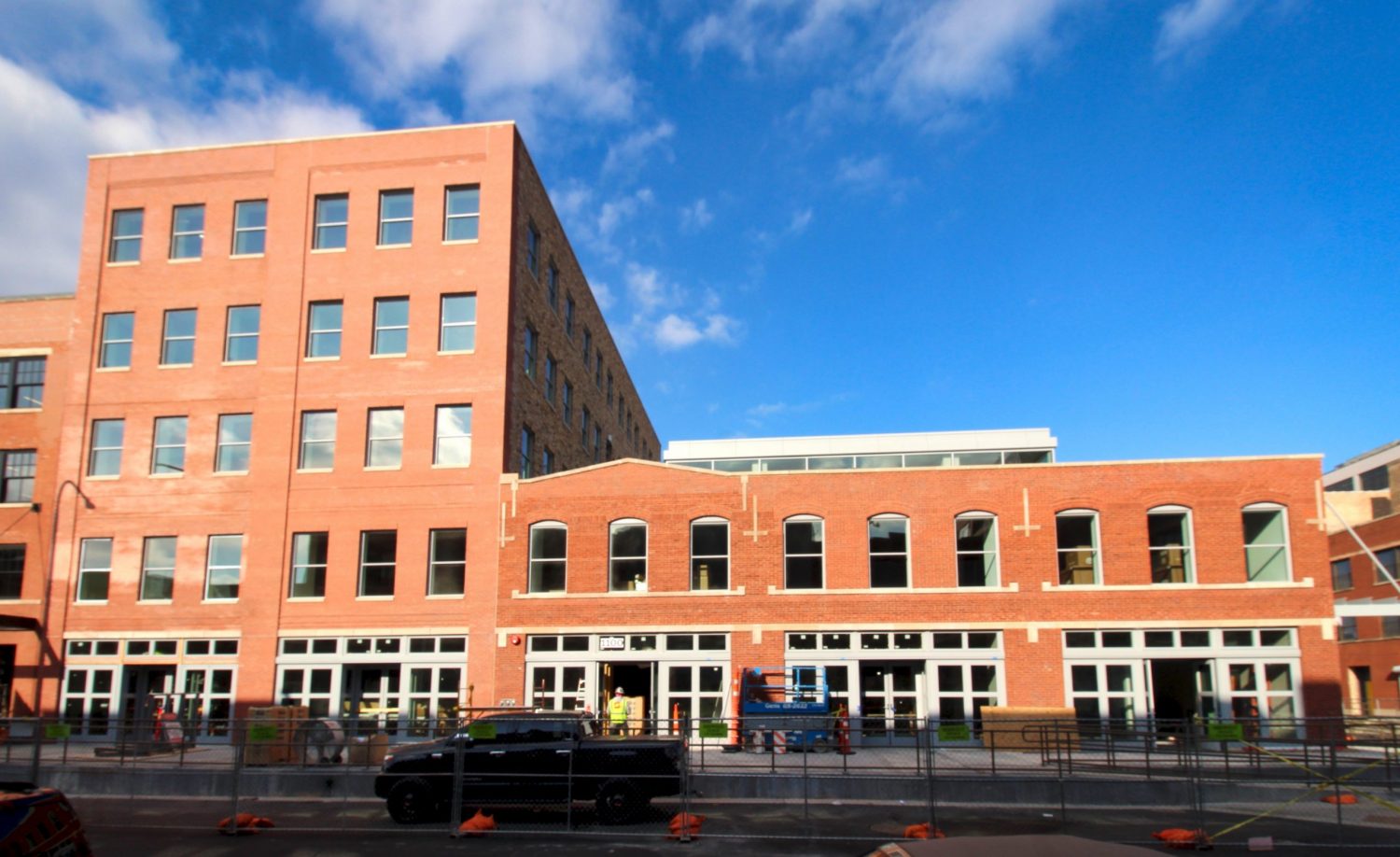 The project architect, Hartshorne Plunkard Architecture, organized the overall massing around an integrated two-story brick building. This existing structure received modern finishes and a new third-floor enclosure. Previous renderings showed a metal exterior for the enclosure, while more recent permits have confirmed that it will now be primarily glass. The roofs of both the second and third floors will house amenity deck space for tenants. This layered assembly is then attached to a second, newly constructed brick building that stands five stories.

Bus availability in the area includes Route 8, with north and southbound stops located four blocks east along Halsted. To the north Route 65 can be found along Grand, and to the south Route 20 along Madison.

CTA L transit consists of Green and Pink Line access via Morgan station, less than a five-minute walk southeast from the property. Additional Blue Line access can be found via Grand station, a 13-minute walk northeast. 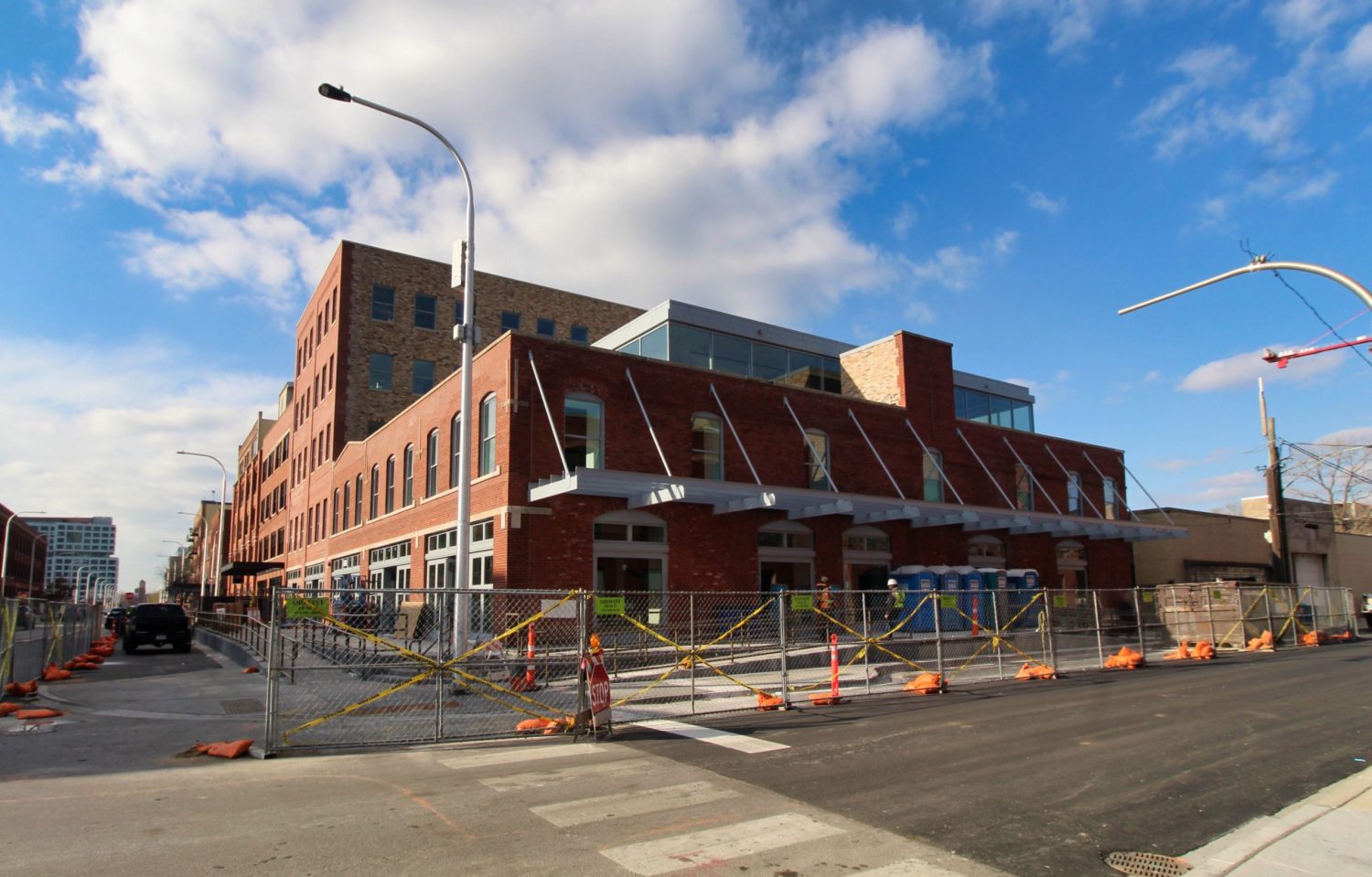 Skender is serving as general contractor, whose exterior work is close to finishing. An April article from Real Estate Journals highlighted a completion date of December 2020.