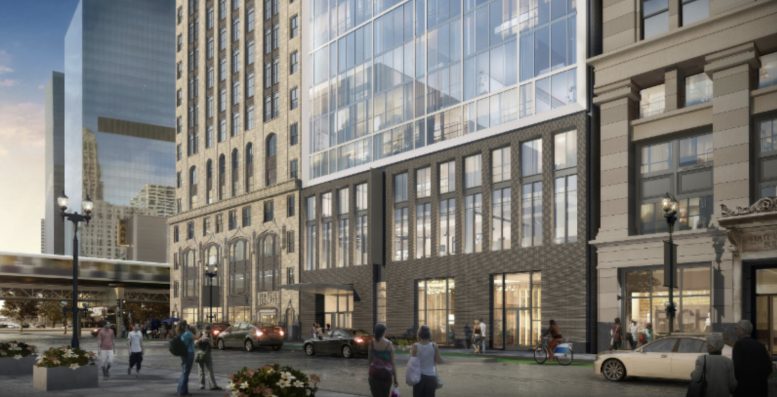 Construction is imminent for a new 14-story hotel development at 180 W Randolph Street in The Loop. Located on an interior lot between N LaSalle Street and N Wells Street. The Clark/Lake CTA L station, serviced by the Brown, Blue, Purple, Pink, Green and Orange Lines, can be accessed within a four-minute walk. Multiple CTA bus routes can be reached within a two-minute walk from the site, including the 134, 135, 136, and 156 routes, accessed at the LaSalle and Randolph stop. Convexity Properties is the developer in charge of the project. 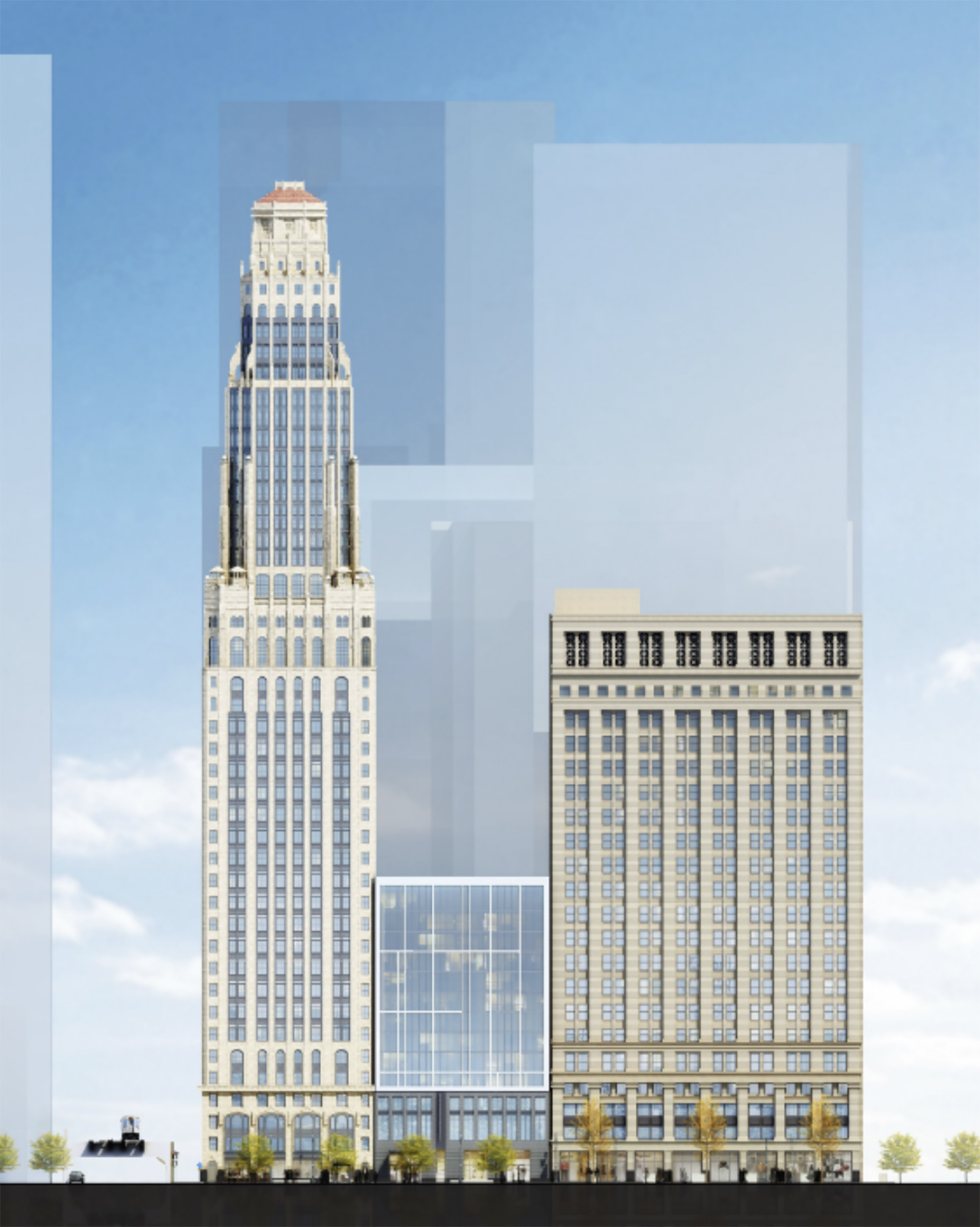 Designed by DLR Group, the development will include a 14-story hotel tower rising 140 feet into the air. The hotel will feature a lobby and hotel bar on the first floor, with approximately 2,500 square feet of meeting space on the second floor. 307 hotel rooms will then be located on the floors above in a mix of double queen, king, and king suite rooms. 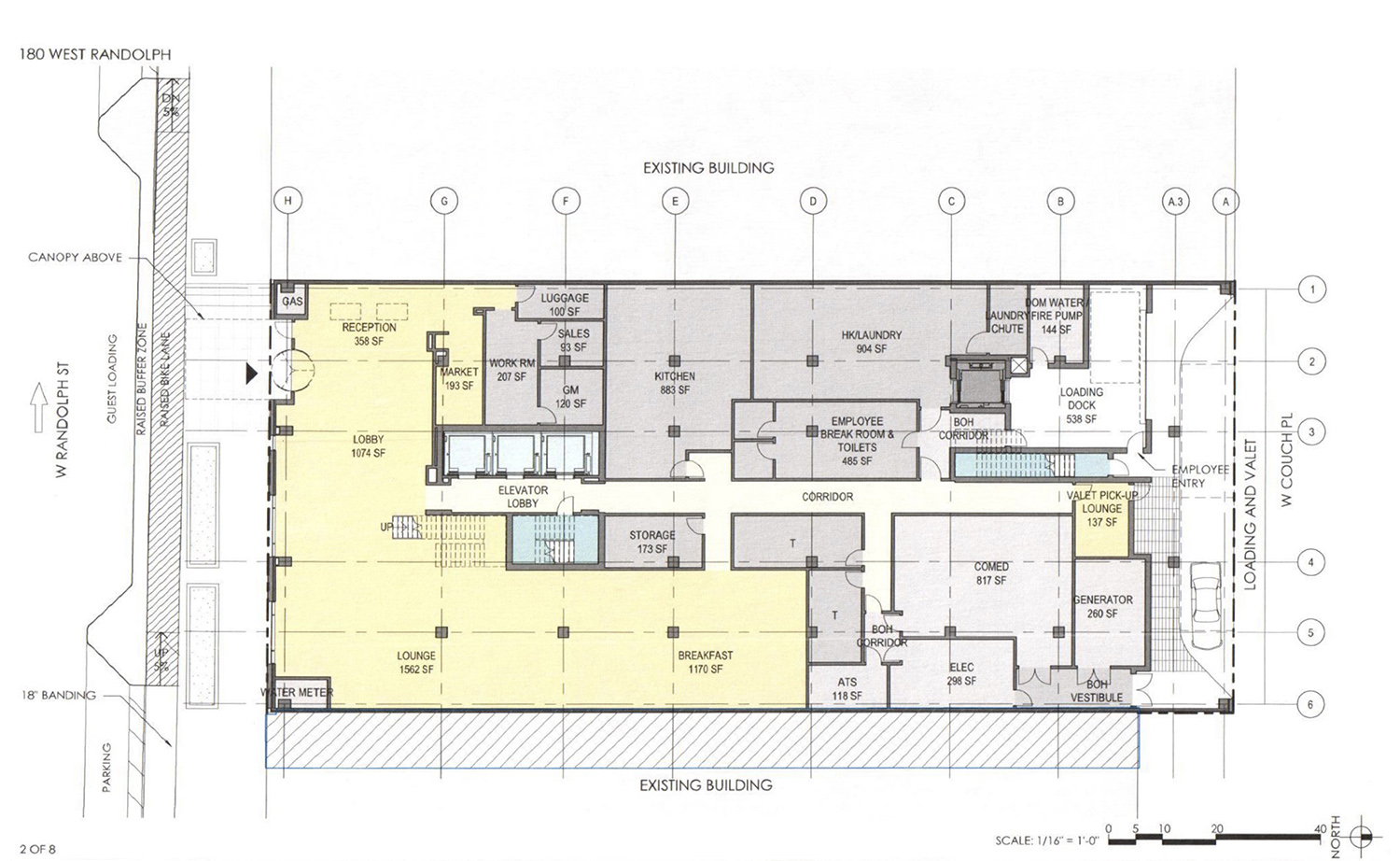 Sidewalk landscaping includes planters with low vegetation and two tall shade trees along W Randolph street. Parking for the hotel will be valet-operated and be located entirely off-site. 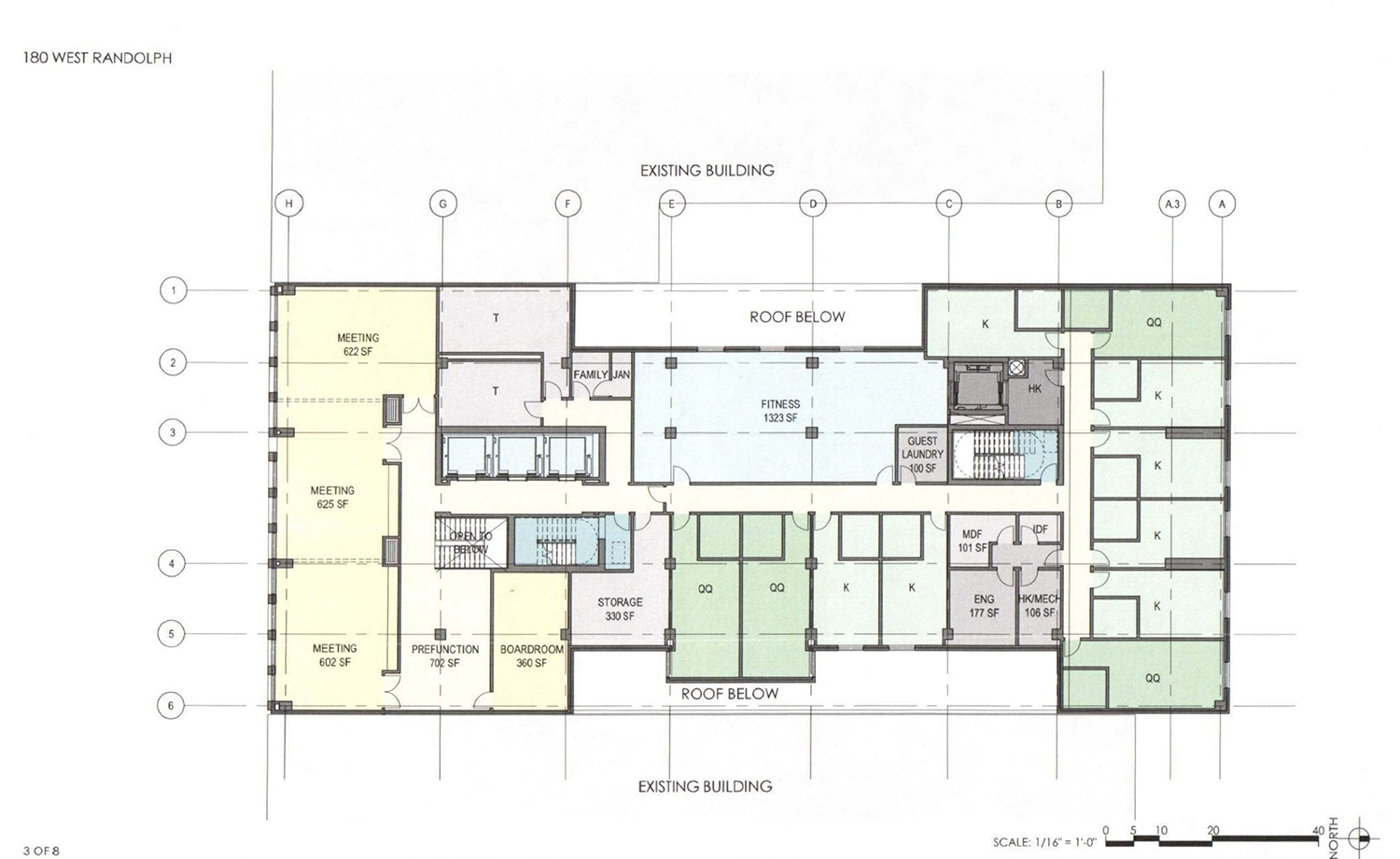 The developer has worked with the city to develop a plan for arrivals and departures focused on the safety of bicyclists, pedestrians, and motorists. To avoid the potential conflict between bicyclists riding west in the bicycle lane on the north side of Randolph Street and vehicular arrivals at the proposed loading zone on Randolph Street, the elevation of the bicycle lane directly in front of the property will be raised. The drop-off zone for hotel guests will be delineated with raised curbs to physically separate it from the adjacent metered parking and the westbound bicycle lane. 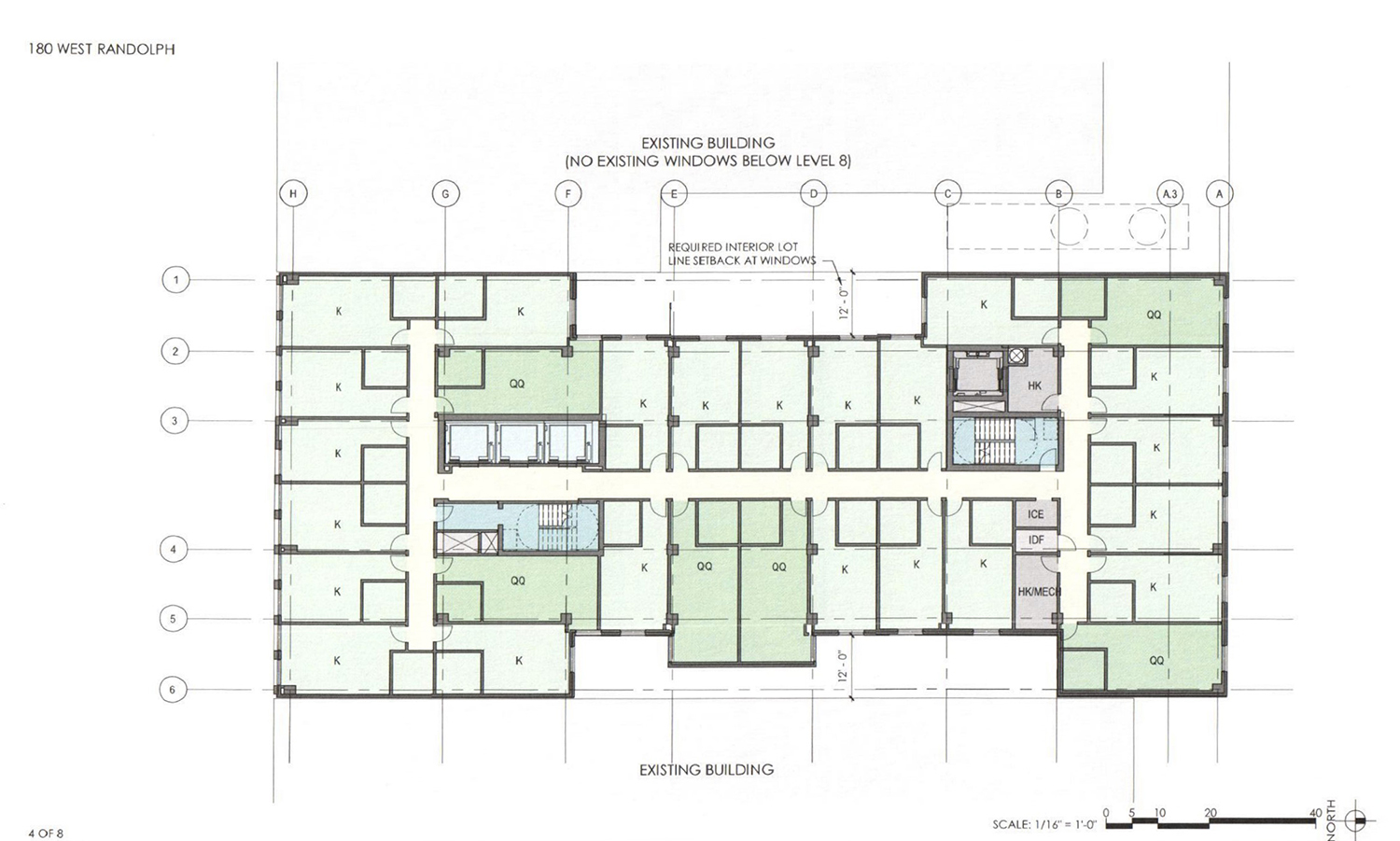 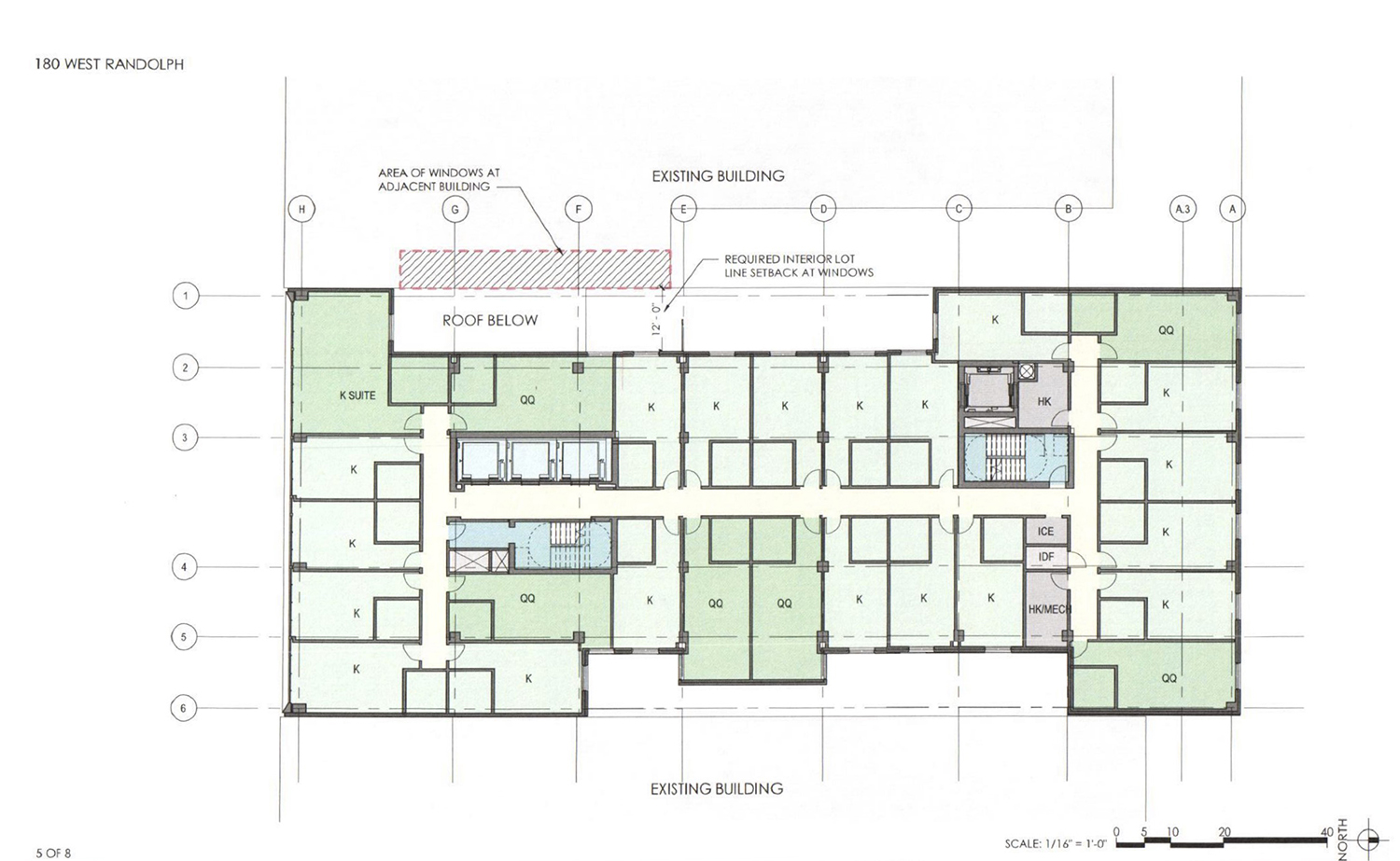