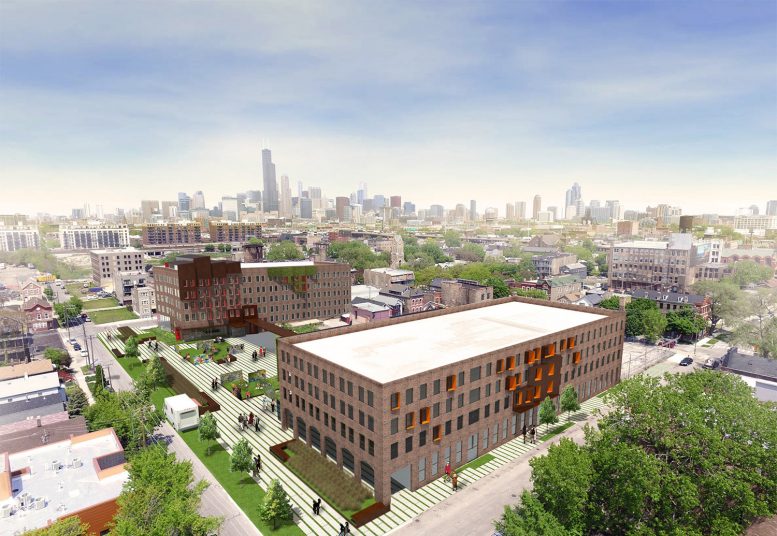 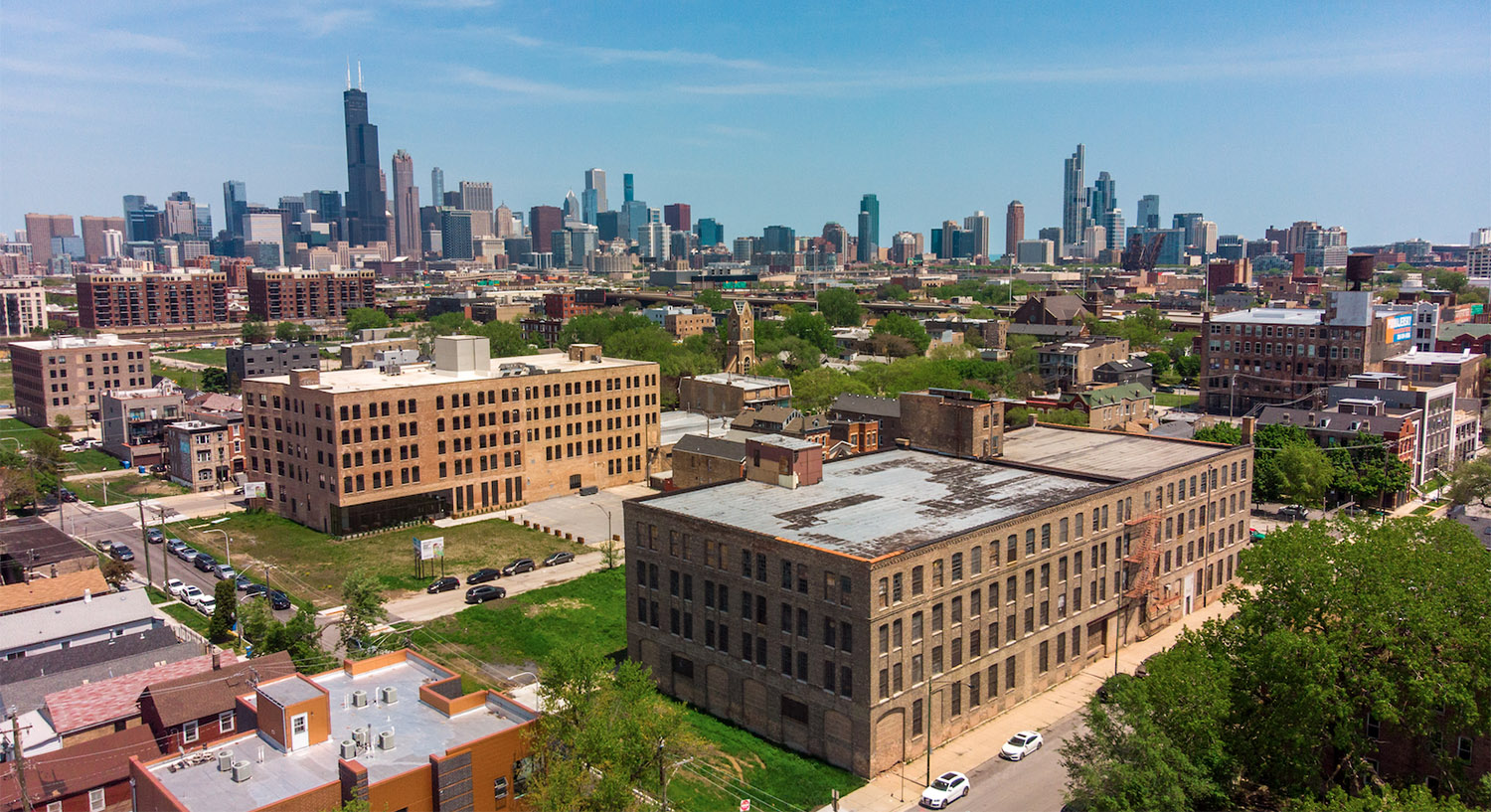 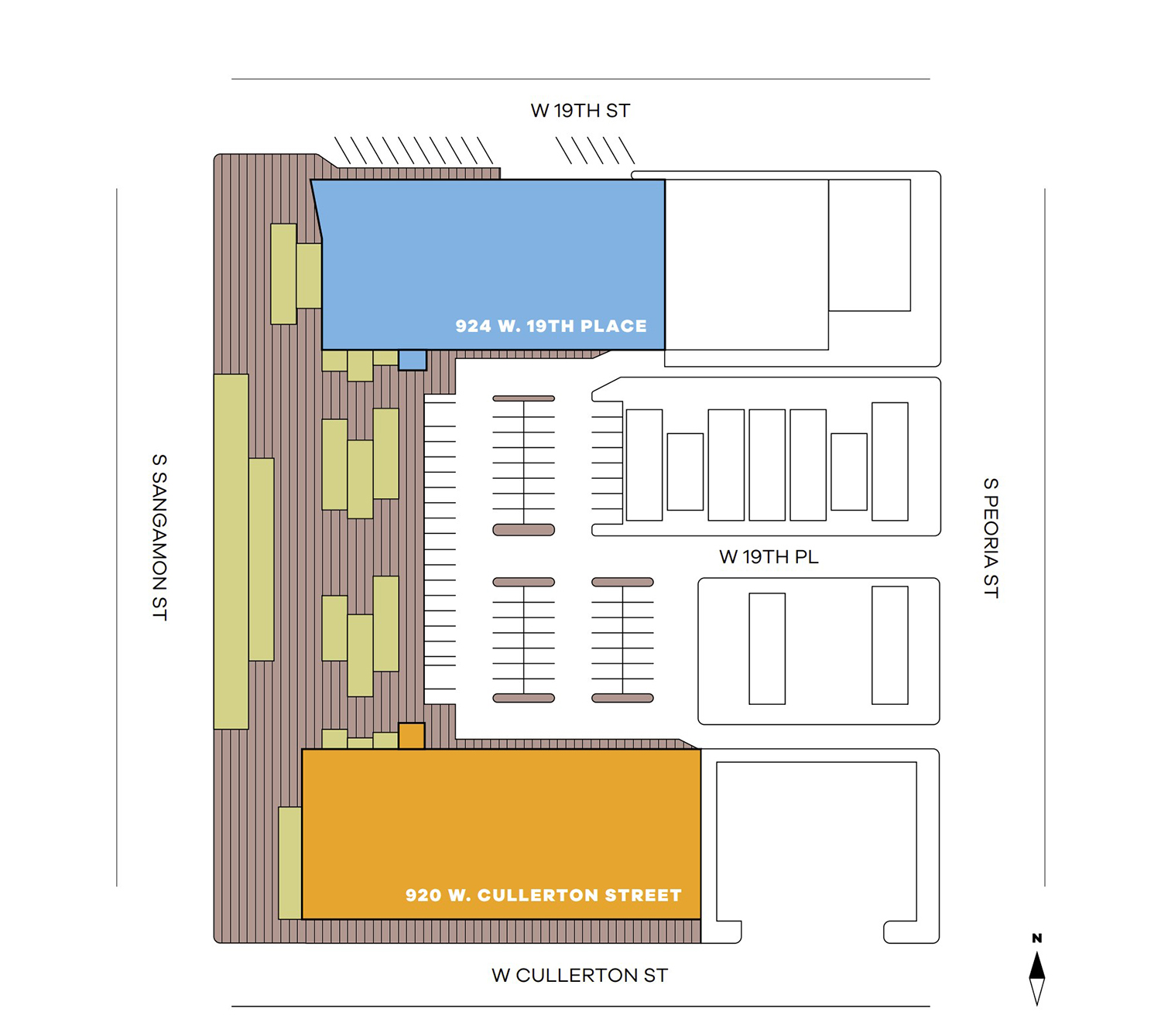 Developed by a team of developers including Condor Partners, Transwestern, and Chicago Development Partners, the Mural Park development is a creative office and commercial redevelopment of two 100,000-square-foot loft buildings. The first building, addressed at 924 W 19th Place, is complete and is already partially leased. The second building, located at 920 W Cullerton Street, has just started construction. The two buildings will be connected by a new park on the site, designed by Site Design Group. 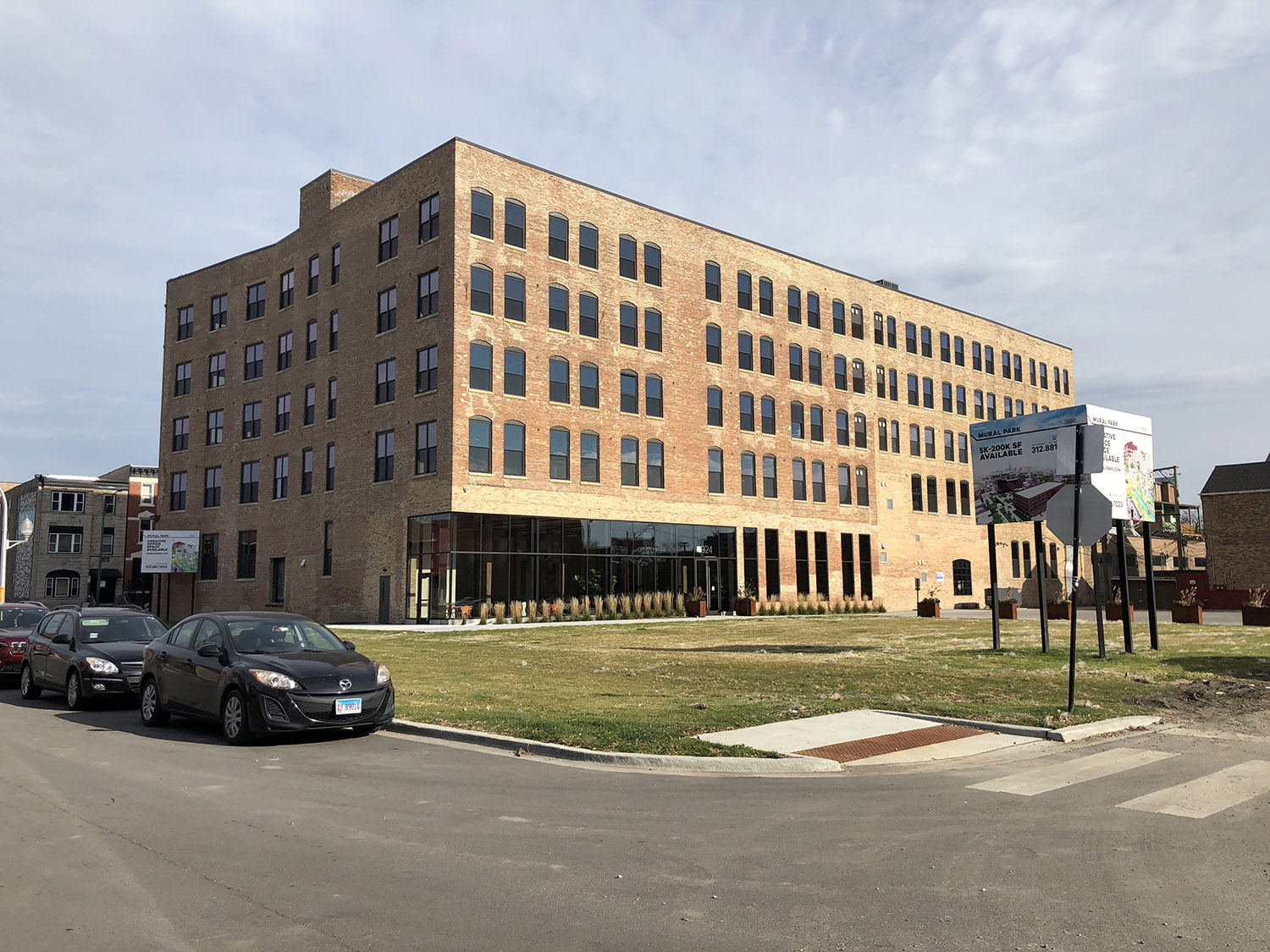 Designed by JGMA, the new construction at 920 W Cullerton Street will rehabilitate the existing four-story masonry warehouse to include the renovation of the interior and exterior shell and cores. The scope of work will update the egress stairs, elevator cores, fix any structural issues, and replace the building’s mechanical systems. Interior non-load bearing walls, overhead doors and windows, and old mechanical systems will be removed as part of the work. 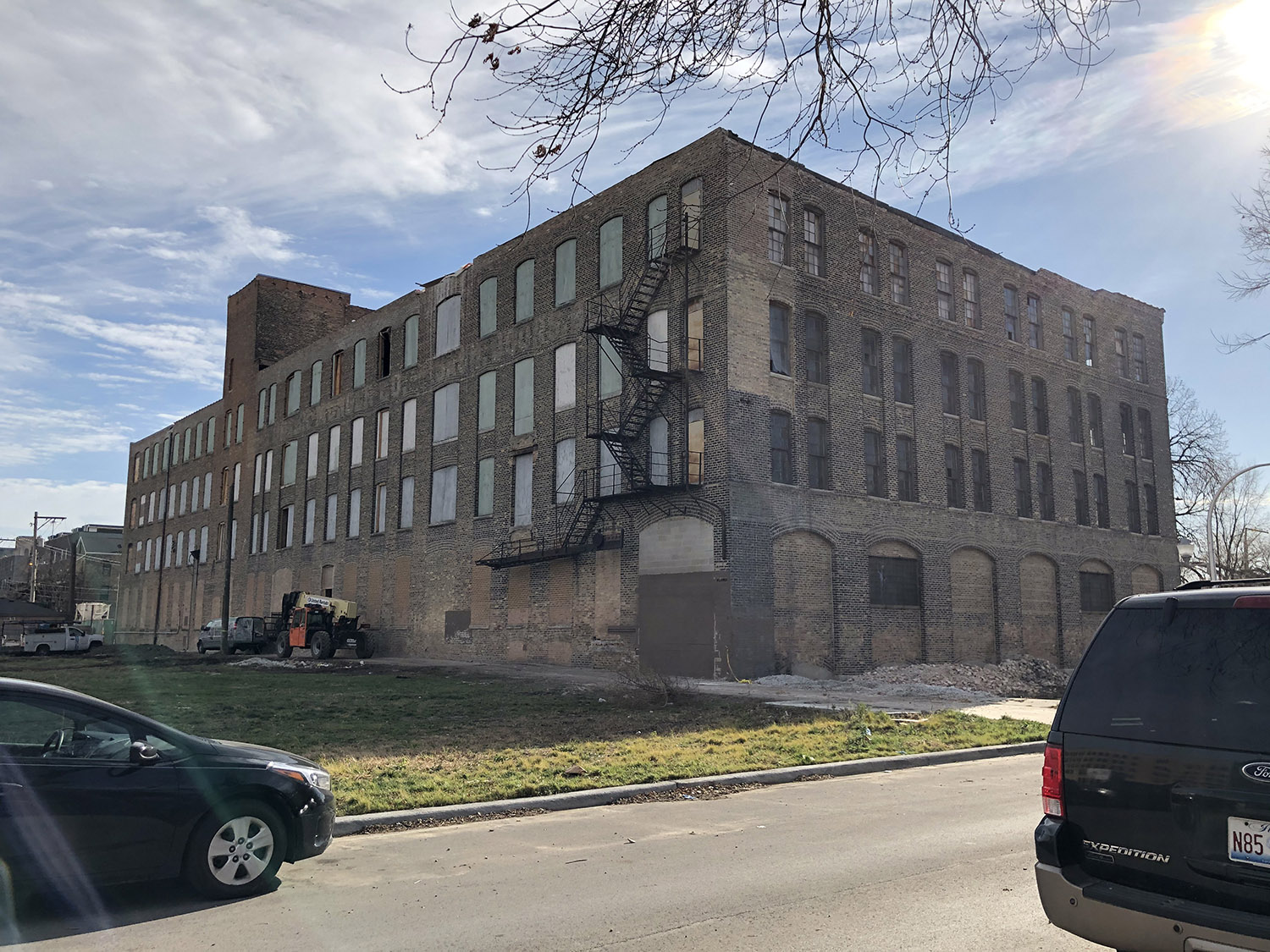 Photos show work is moving along on the site. Crews are working on the exterior, digging trenches for the new mechanical hookups as well as jackhammering existing concrete along the street. Interior work has begun, but exterior façade work has yet to commence. 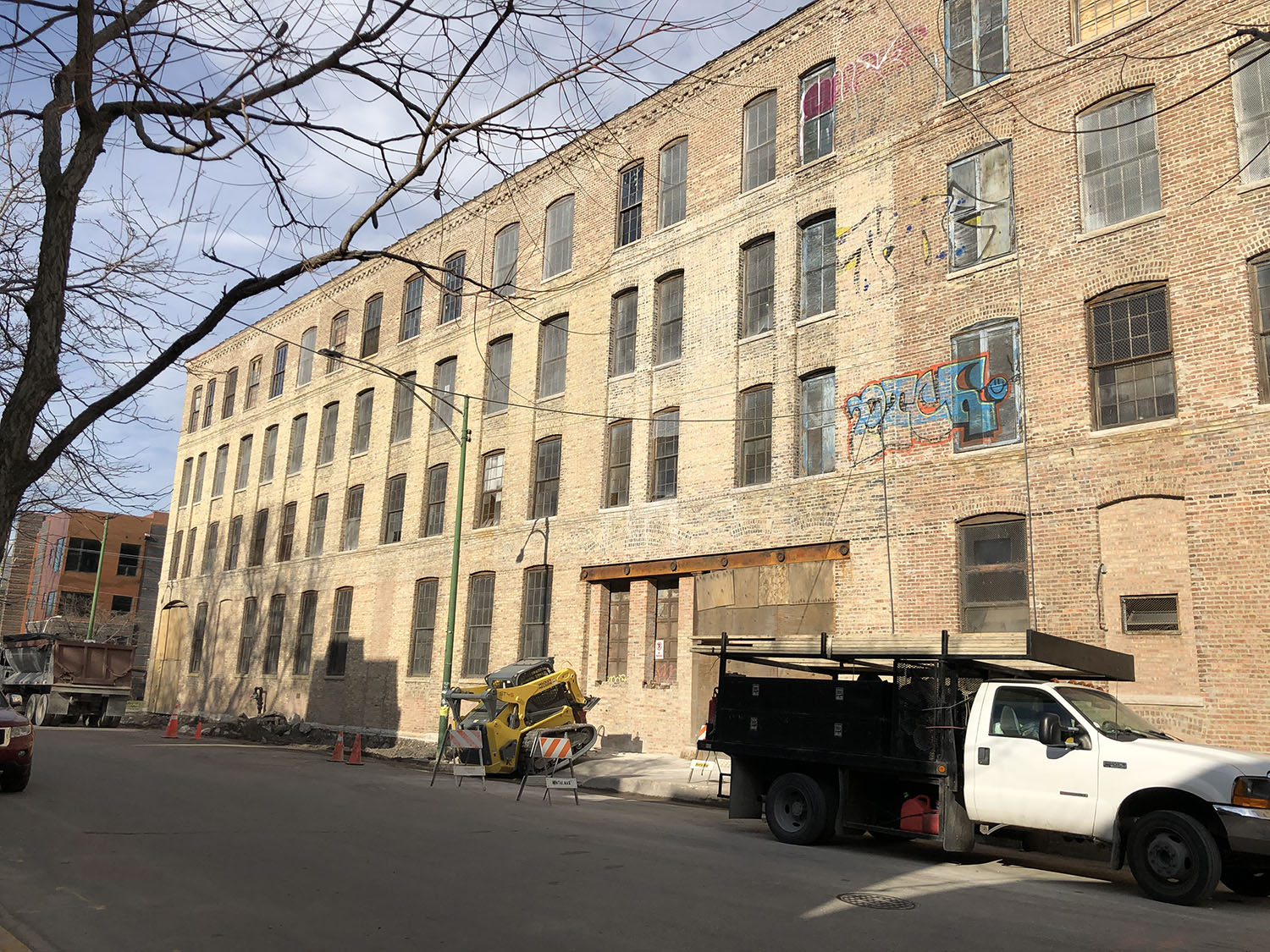 The development will feature multiple amenities for tenants. For those commuting on bikes, there will be ample indoor bike storage, with bike repair and cleaning services available. There will be an outdoor roof deck with skyline views, which can be reserved for private tenant events. Both buildings will have local food operators and breweries. Mural Park, a landscaped outdoor park, will connect 924 W 19th Place and 920 W Cullerton Street and serve as an outdoor art gallery and meeting place. The park is situated along Pilsen’s new four-mile bicycle and walking path, “El Paseo”. The path will feature gathering spaces, public art, and gardens. 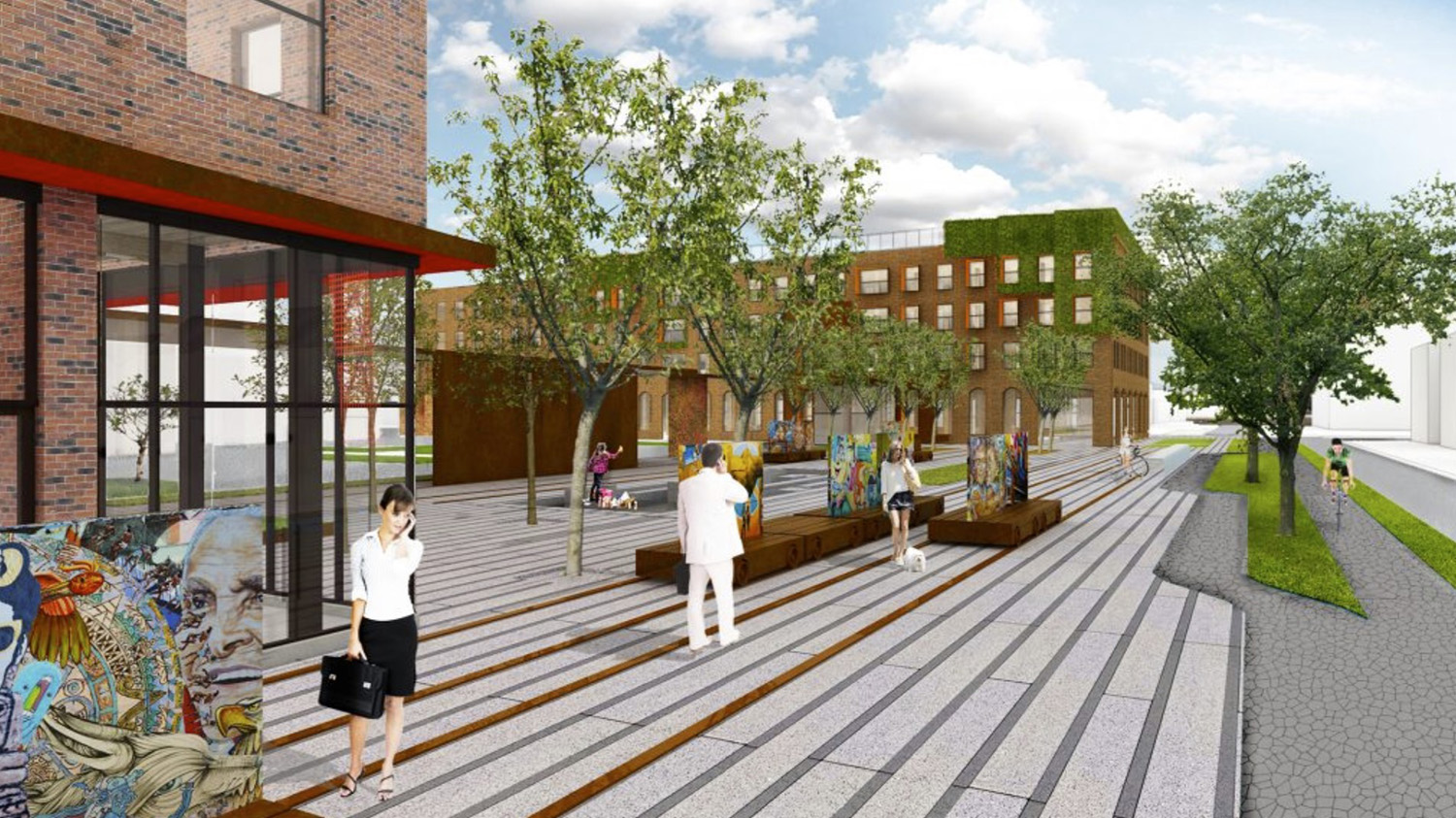 With the announcement that Health Care Service Corp., the parent company of Blue Cross & Blue Shield of Illinois, has signed a 103,533-square-foot lease at Mural Park, 920 W. Cullerton Street will be filled immediately after the completion of construction. Integrated Construction Company is in charge of the construction for the project. An official timeline for the development has not been announced.