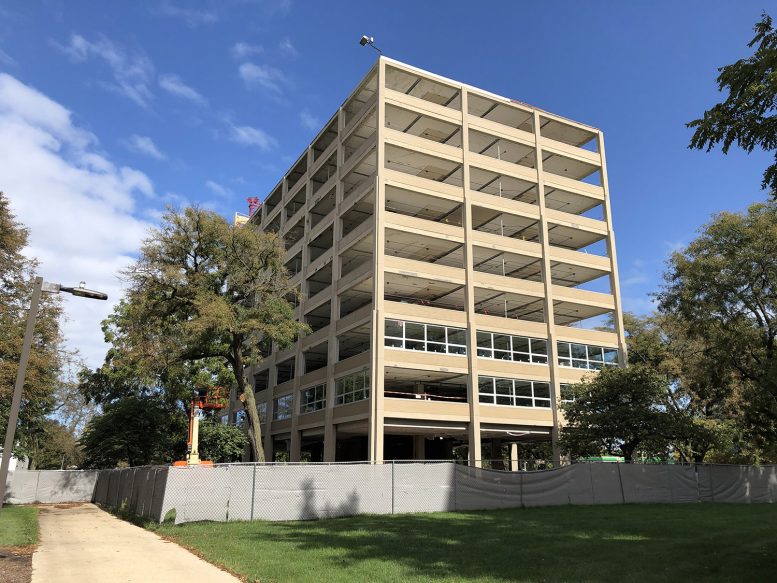 Window installation has begun at Cunningham Hall, a nine-story residential building originally designed in 1955 by famous German architect Ludwig Mies van der Rohe, at the Illinois Institute of Technology. Located at 3100 S Michigan Avenue on the northeastern edge of the main campus in Bronzeville, the structure was built by Mies van der Rohe as part of his campus plan and used as on-campus apartments. The nearest CTA L station is the 35th-Bronzeville-IIT stop, serviced by the Green Line, a five-minute walk away. You can catch the 31, 1, or 4 CTA bus at the corner of E 31st Street and S Michigan Avenue, steps from the property. Illinois Institute of Technology is listed as the owner behind the applications. 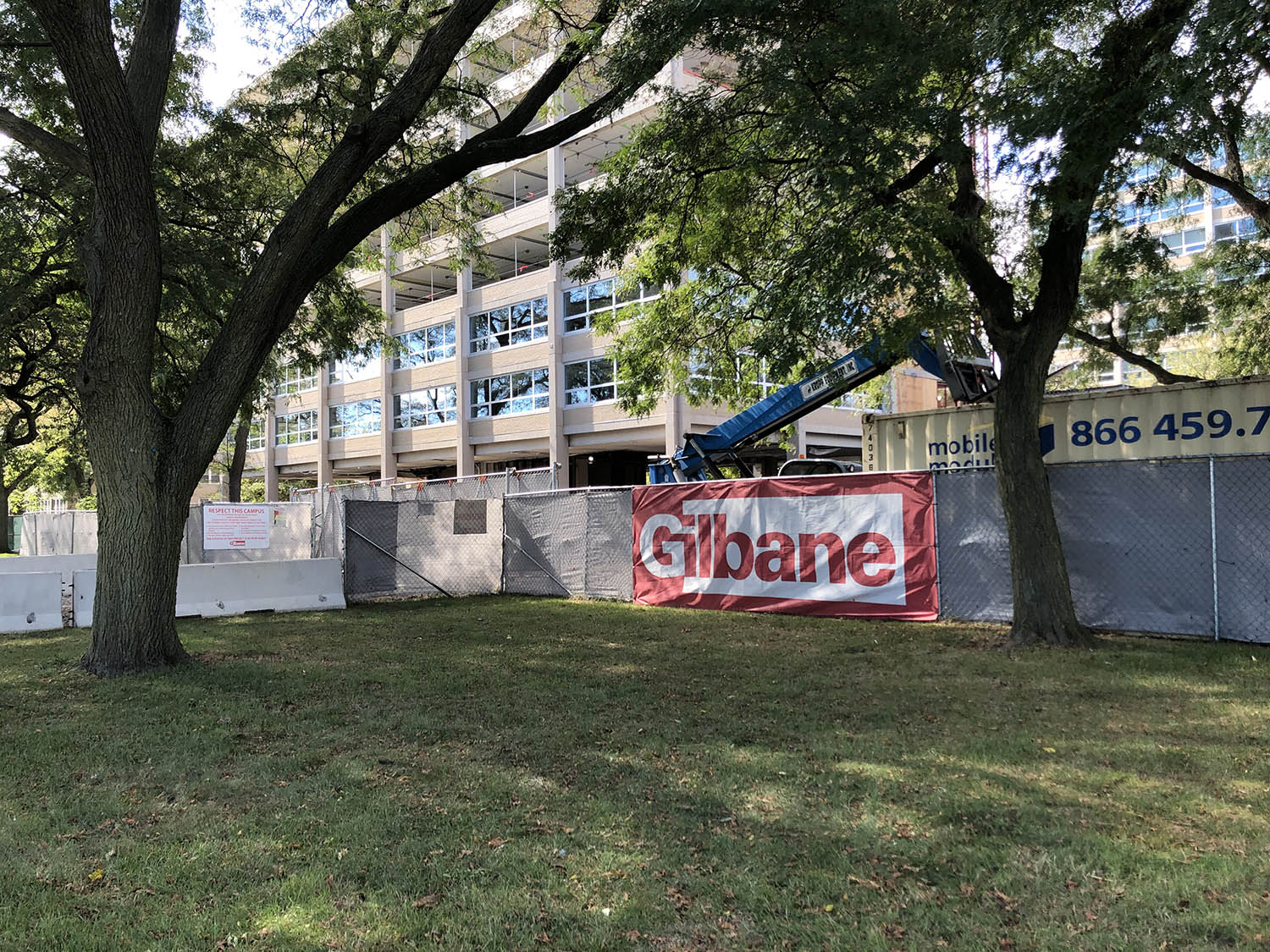 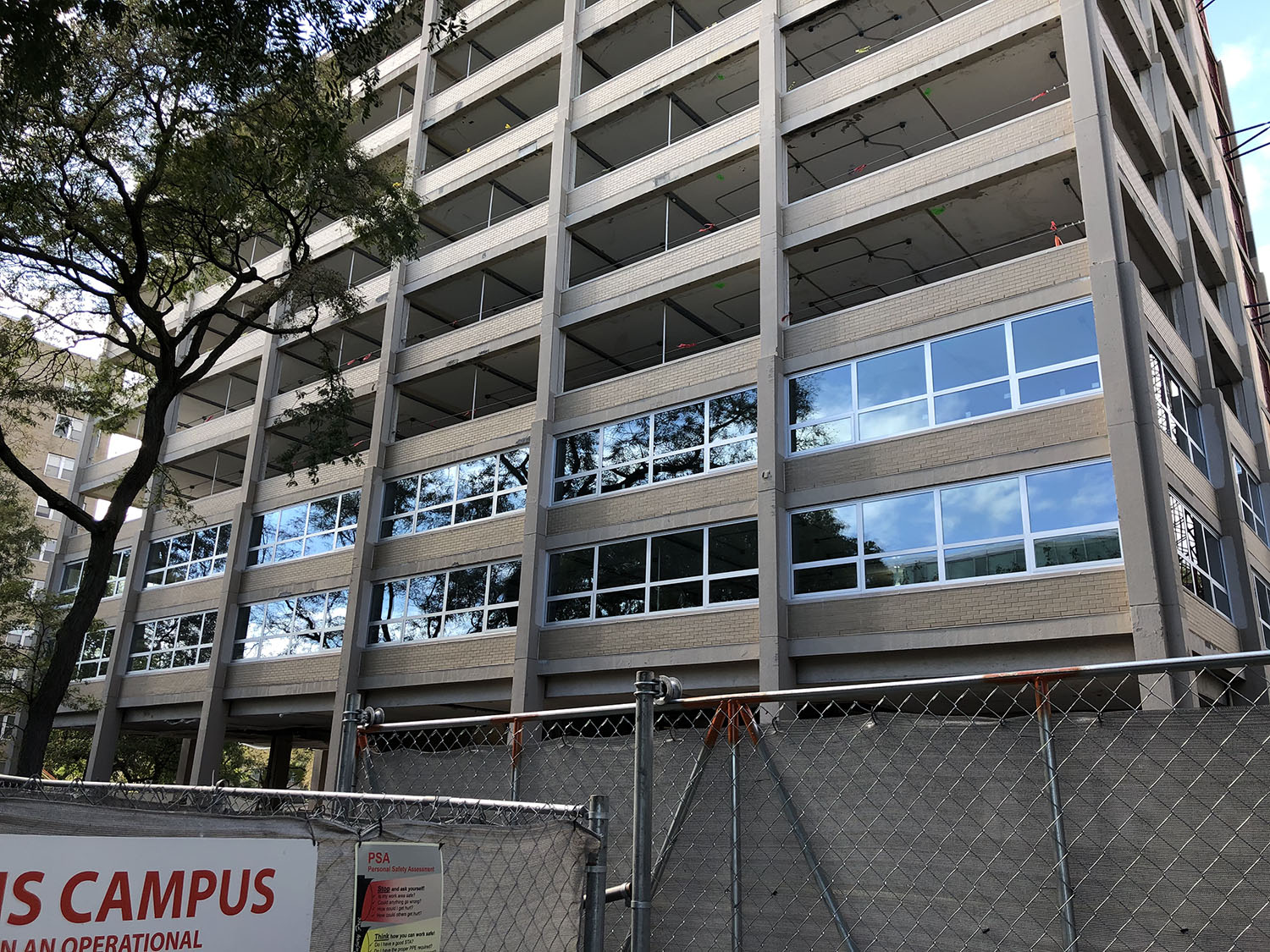 The installation has begun on the framing for the windows at the ground floor. Some exterior work along the ground floor has occurred, likely working on the foundations and exterior patio edges, as seen in the photos through the construction fence. 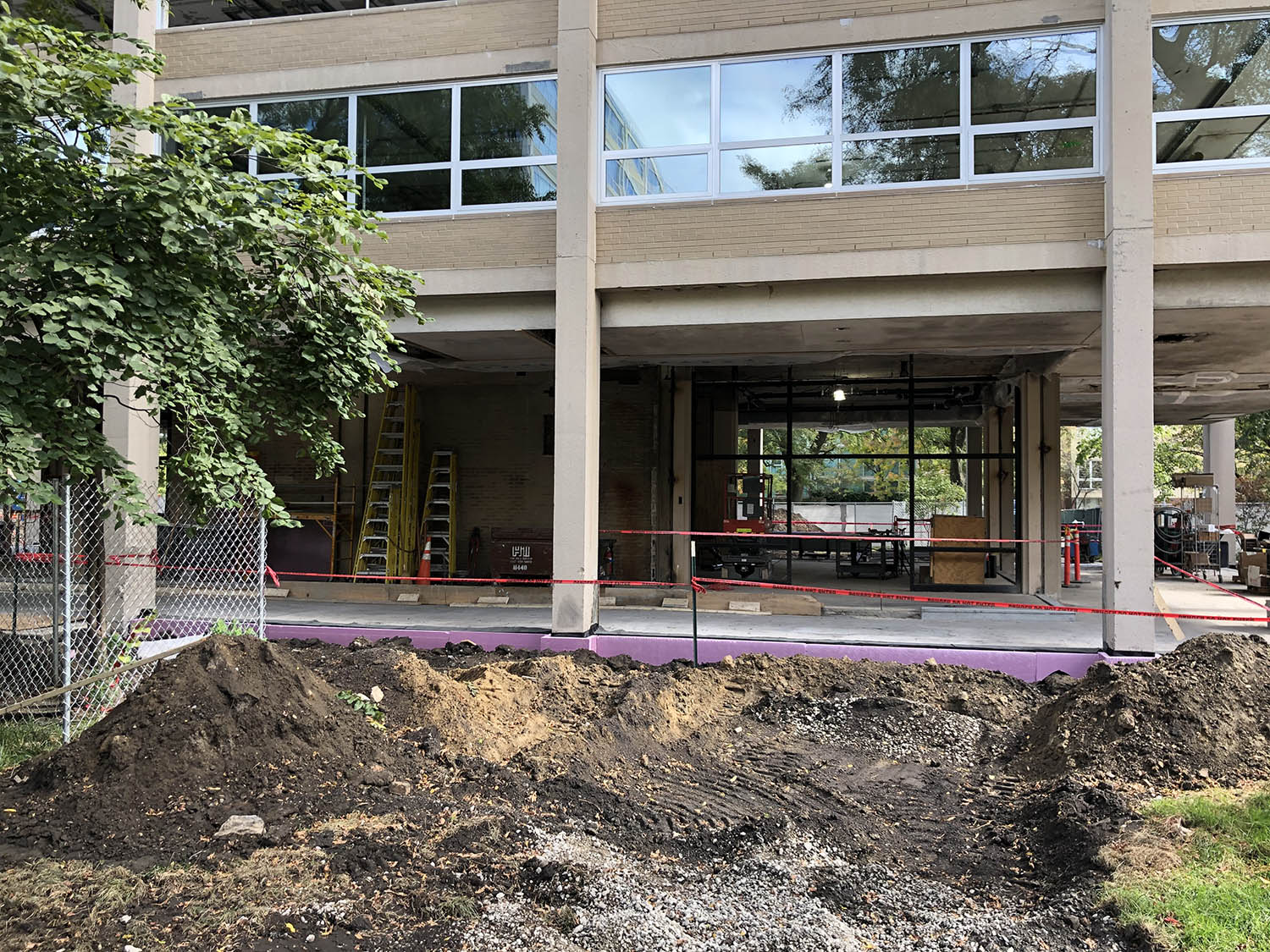 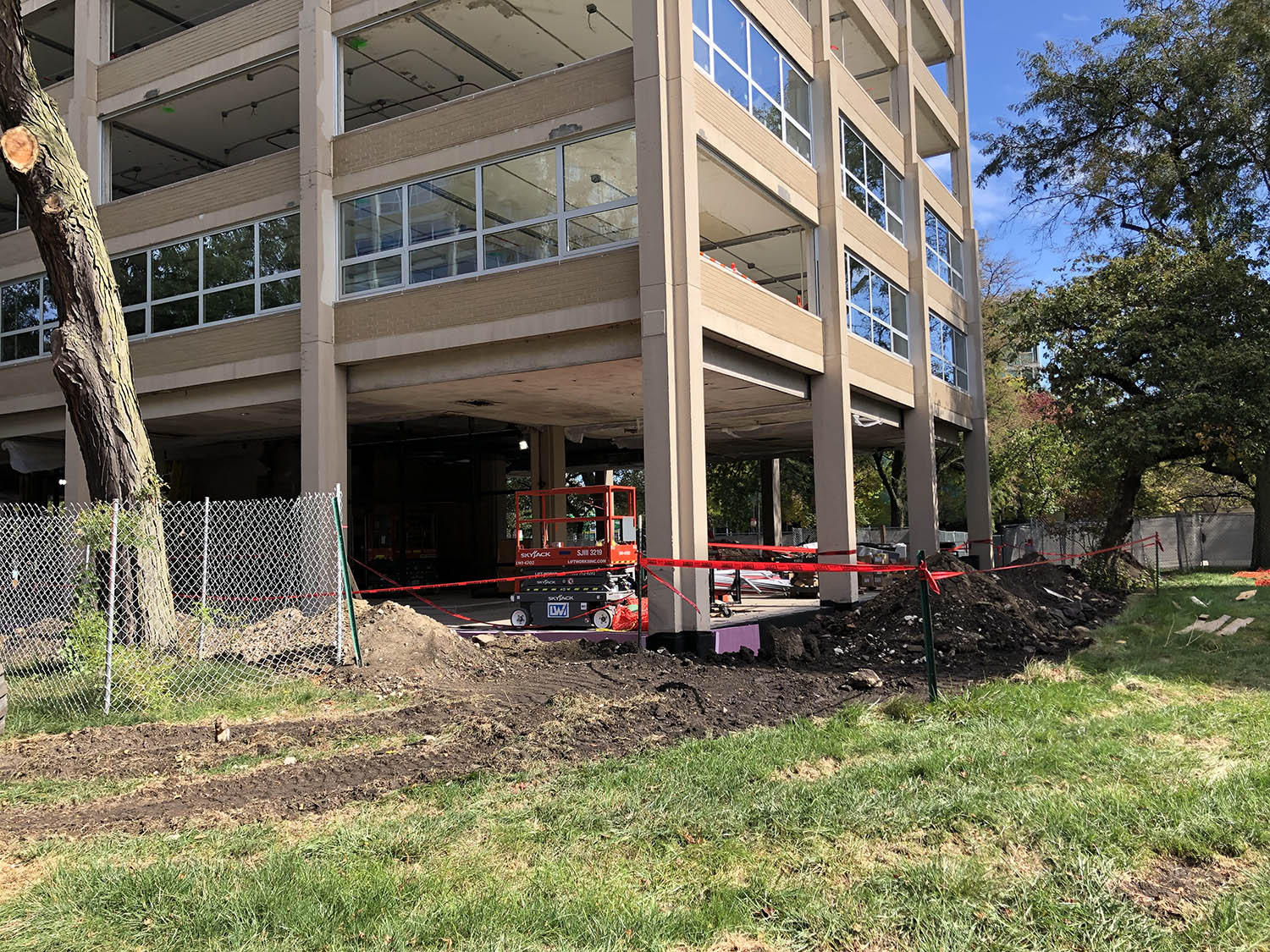 Dirk Denison Architects is in charge of the design with Gilbane Building Company leading the construction. With construction progressing steadily, it is likely to open as early as next year.