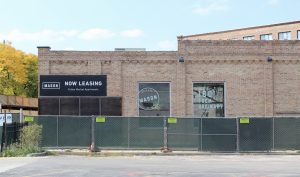 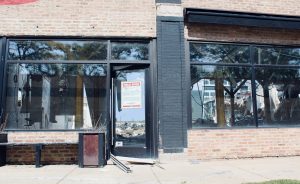 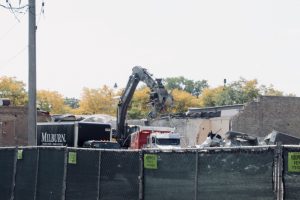 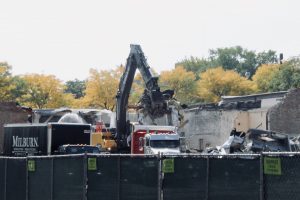 1400 W Randolph Street, prior to demolition; via Google Maps

The lot is located at the corner of W Randolph Street and the diagonal N Ogden Avenue, just across the intersection from the 13.5-acre Union Park. Nearby bus transit includes an eight-minute walk south to the Madison & Laflin stop for Route 20. For rail transportation, the nearest CTA L Green and Pink Line is Ashland station, a six-minute walk northwest. The seven-acre Skinner Park is a 10-minute walk south of the property.

Naperville-based developer Marquette Companies is planning 278 apartment units for the building. The development will be part of a larger undertaking for the area that will yield over 500 apartment units (103 of which will be affordable) between 1400 W Randolph Street and the nearby 1454 W Randolph Street, according to a recent Instagram post by Power Construction. 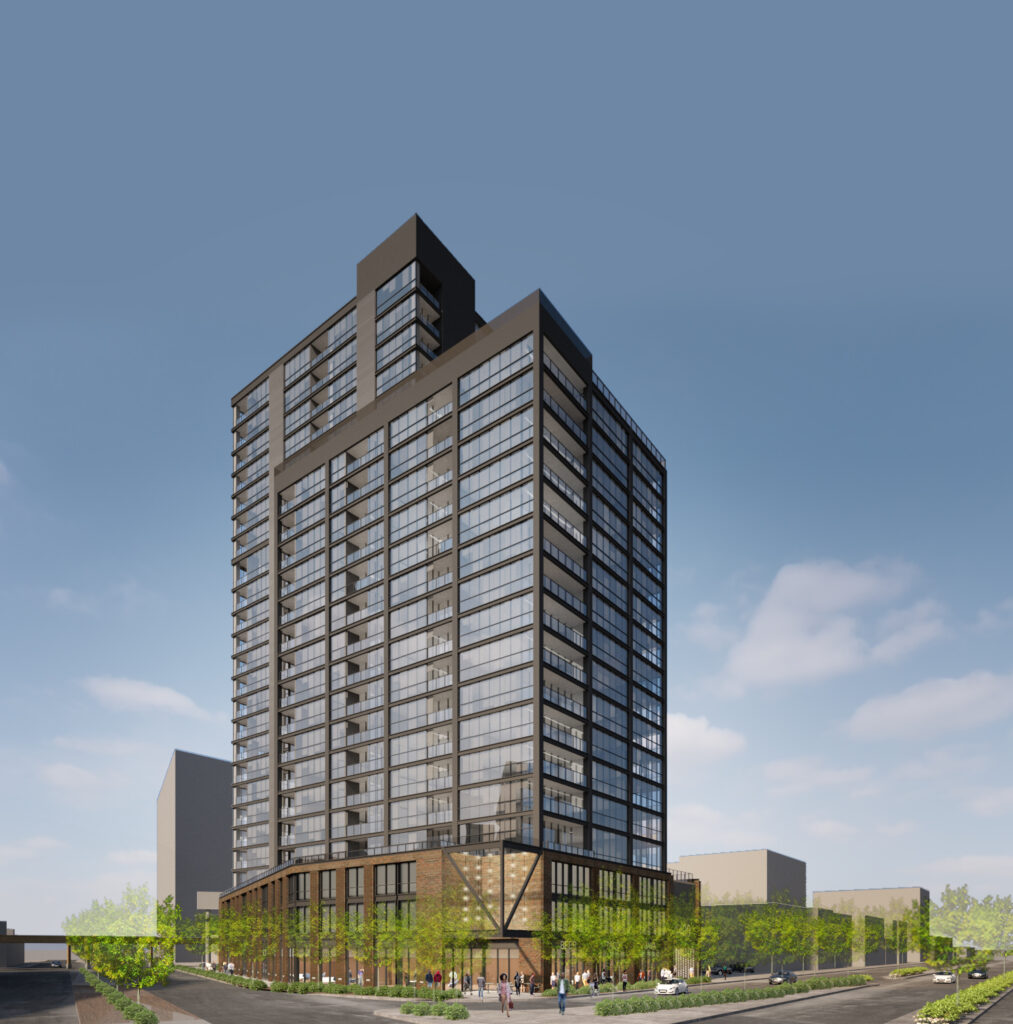 Designed by David Brininstool of Brininstool + Lynch, the merged “two-tower” massing of the 1400 address incorporates a highly textured exterior with dark metal columns, floor slips, and a high volume of inset balconies between the glass curtainwall. The three-story base complements the above tower portion with a masonry facade, which will contain retail space, a lobby lounge, a fitness center, a dog park, and a bike cafe. Other programming includes tenant amenity space on the second and 10th floors. 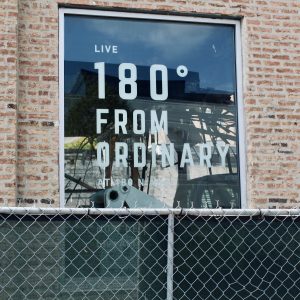 The photos shown capture the recent demolition of the previously-occupying, single-floor commercial building, which housed the sales center for the nearby Mason development. Power Construction is serving as the general contractor for the development. According to Block Club Chicago, construction is expected to complete in 2022.