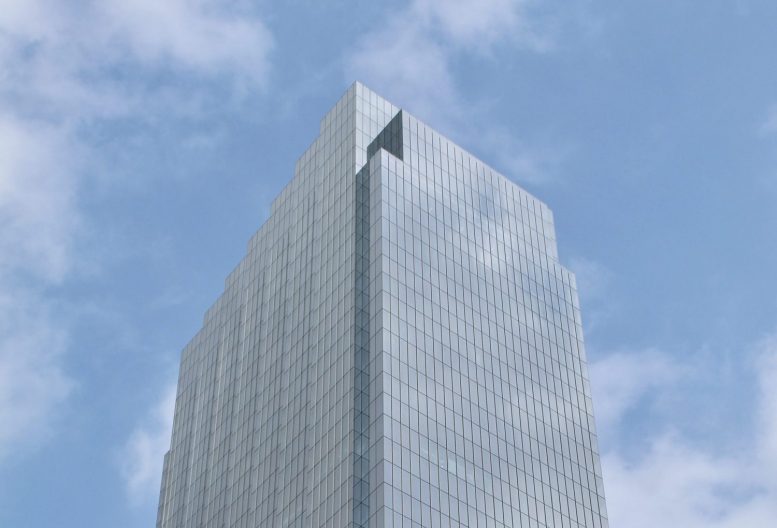 Ground-level landscaping and other exterior work is rapidly approaching completion at 110 N Wacker Drive, where Howard Hughes Corporation and Riverside Investment & Development have constructed a 56-story office tower in The Loop‘s northwest corner. 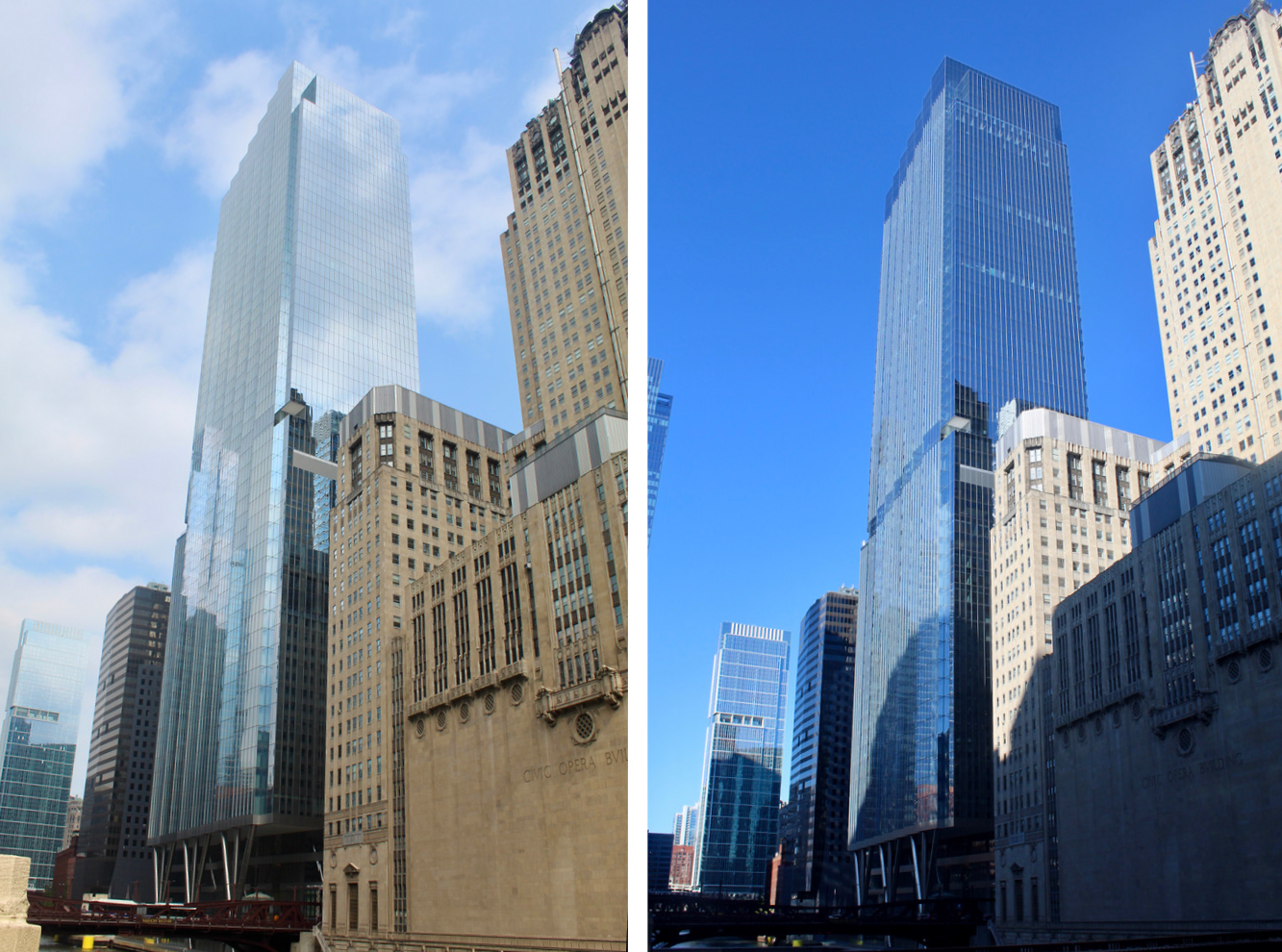 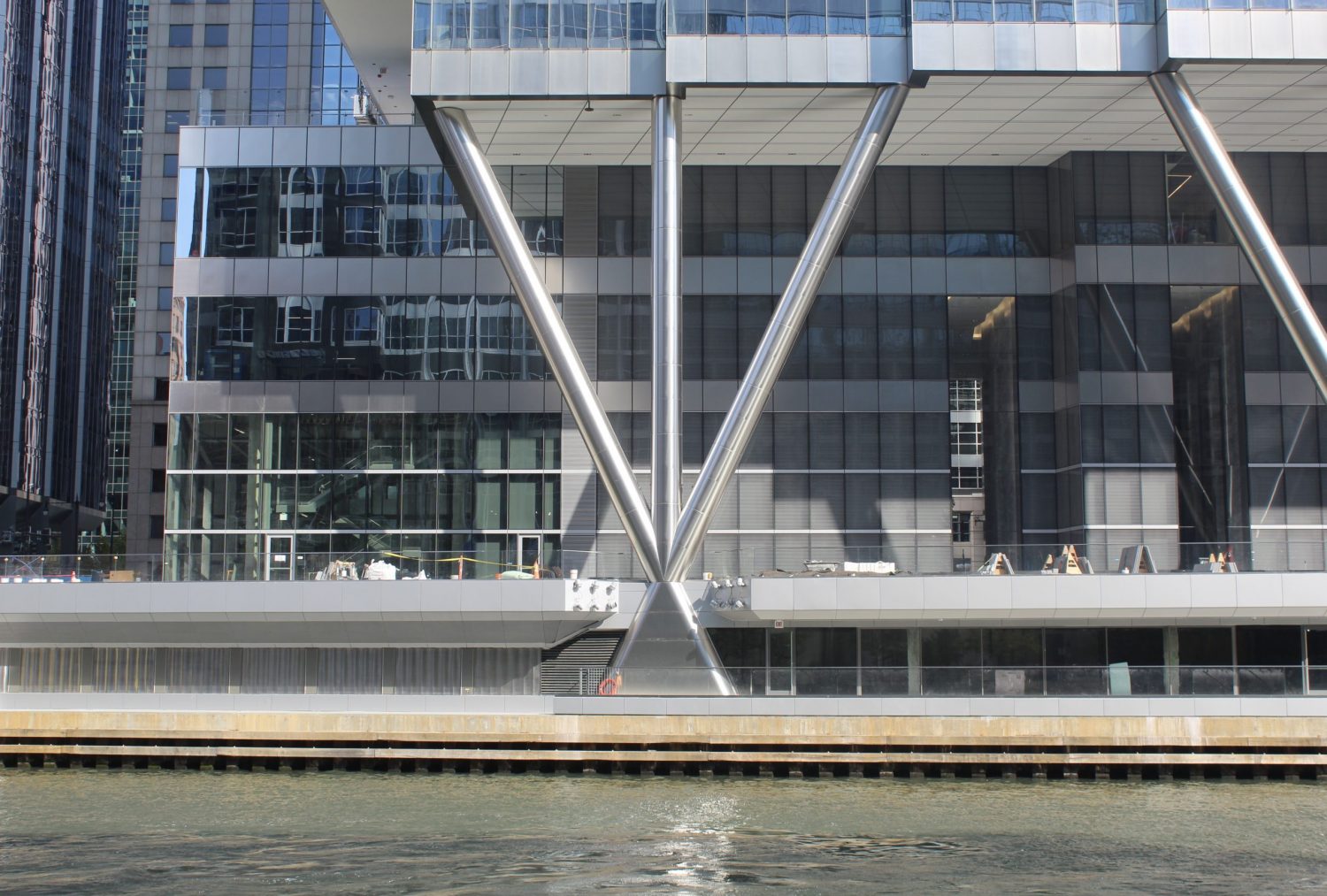 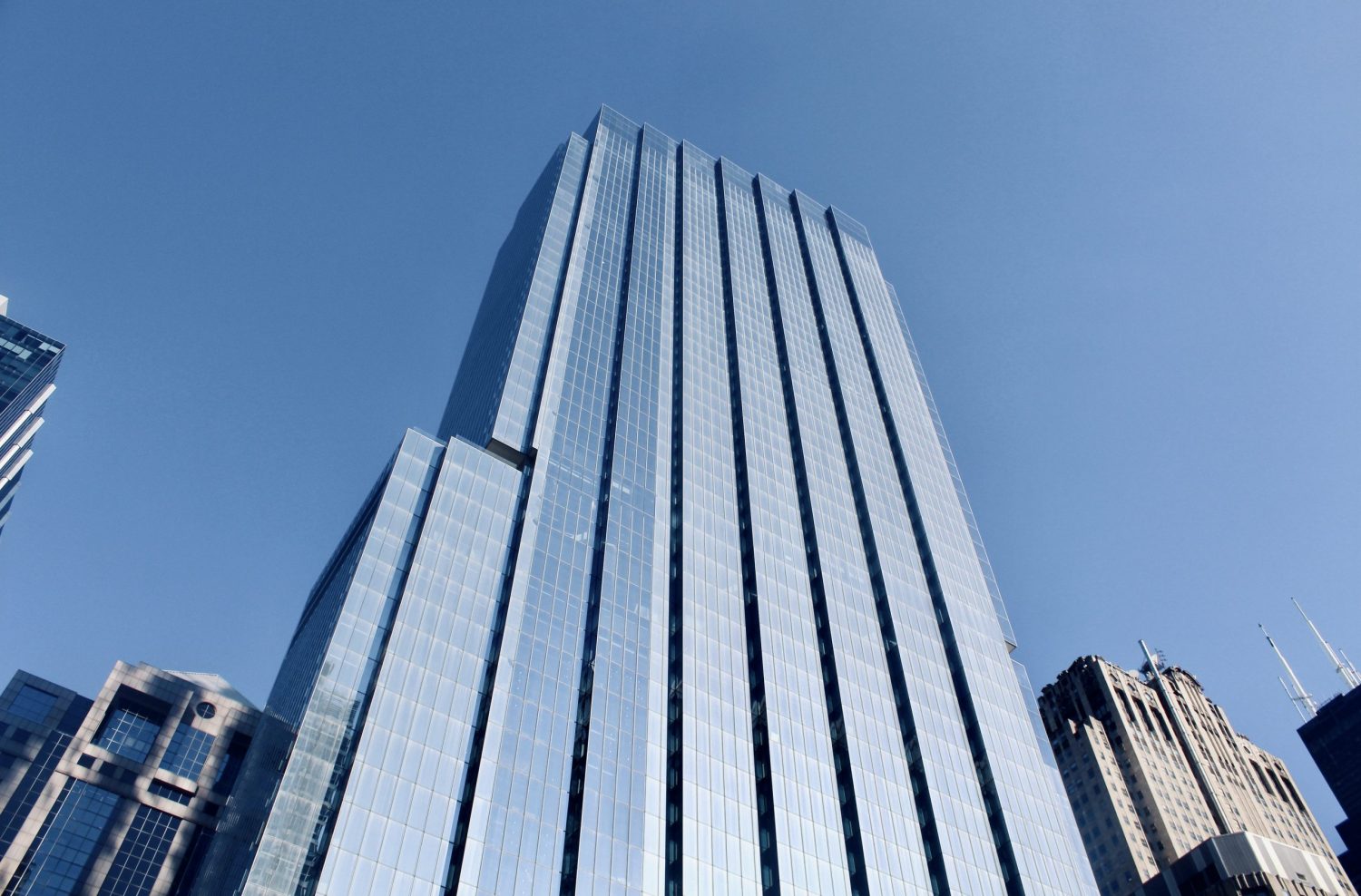 The co-developed, 817-foot-tall project will provide nearly 1.8 million square feet of space. The tower will primarily house large office floor plates ranging in size from 26,000 to 30,000 square feet. Within the building, the developers have also planned a fitness center spanning the 23rd and 24th floors, a third-floor conference center, and terrace space atop its setbacks. The base of the tower includes an already-opened banking facility and soon-to-be-opened riverside green space. 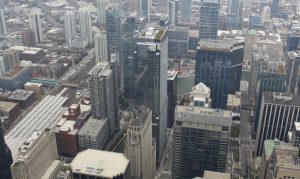 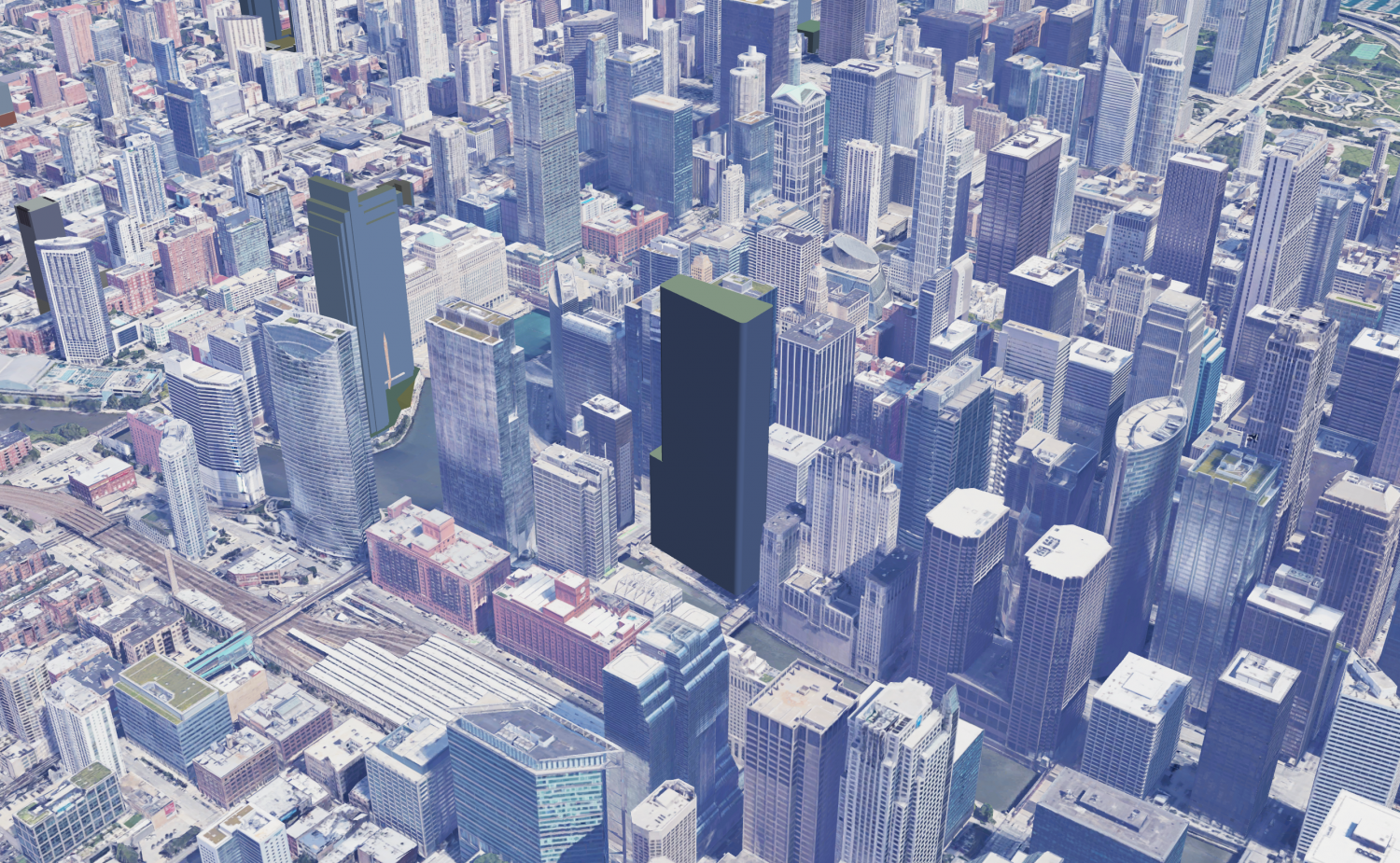 Designed by Goettsch Partners, the slender tower fills the lot between Chicago River and N Wacker Drive that run north and south, and W Randolph Street and W Washington Street that runs east and west. To adapt to the skewed western edge created by the river, Goettsch Partners used a series of vertical fanning protrusions, appearing as a serrated “saw” shape from above. The massing also incorporates a series of smaller horizontal setbacks as it rises, allowing for the amenity terrace space. The reflective glass curtain wall incorporates slotted white mullions, subtly adding to the visual verticality. 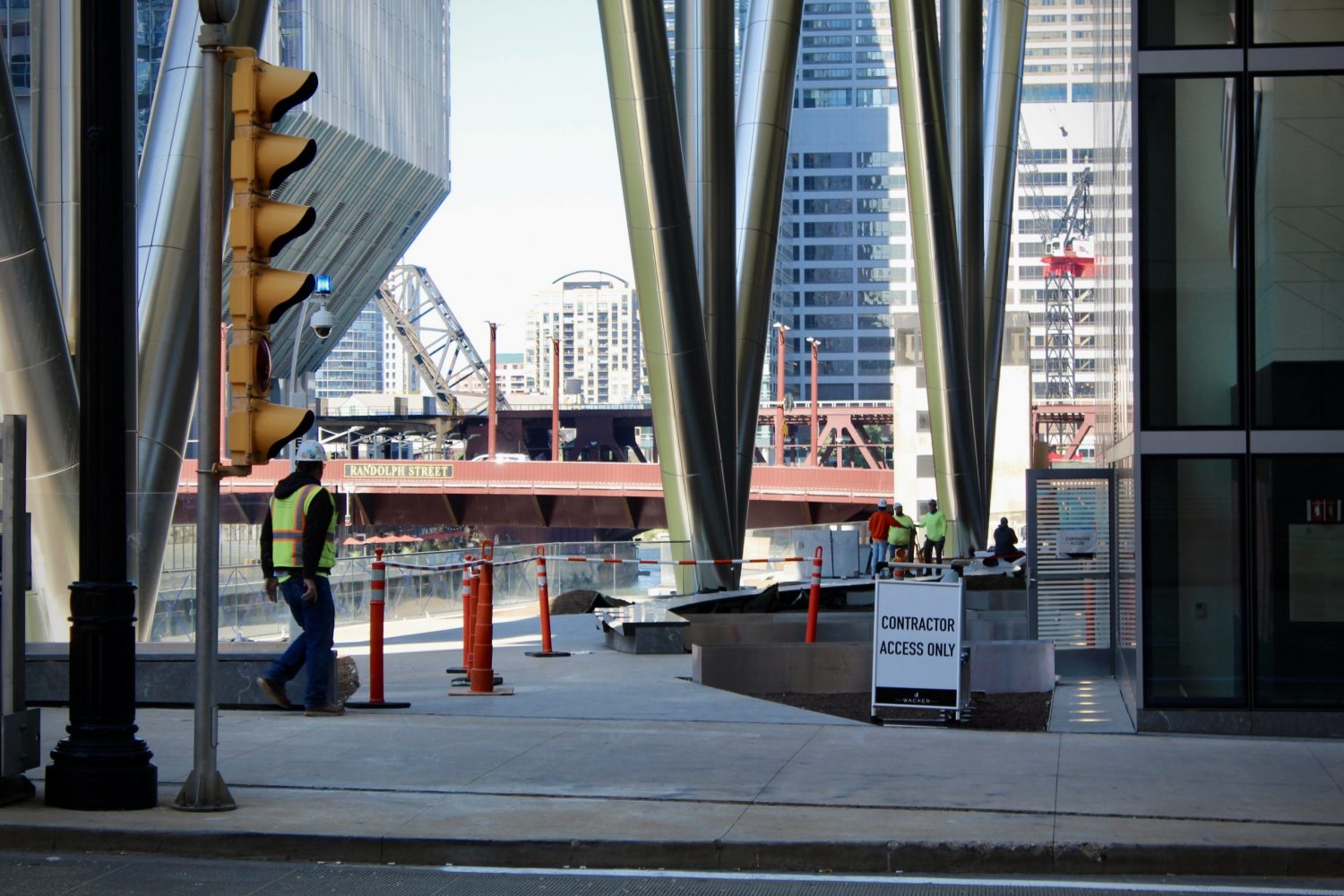 Since YIMBY’s last update in August, a portion of the fencing and equipment has been cleared at the building’s ground-level riverside walkway. A topping out ceremony was held in September of last year, and today a portion of the building and its entrance appear to be open. Tenant build-outs are likely still underway, while a full ground-level opening is likely imminent, with only final landscape touches remaining.