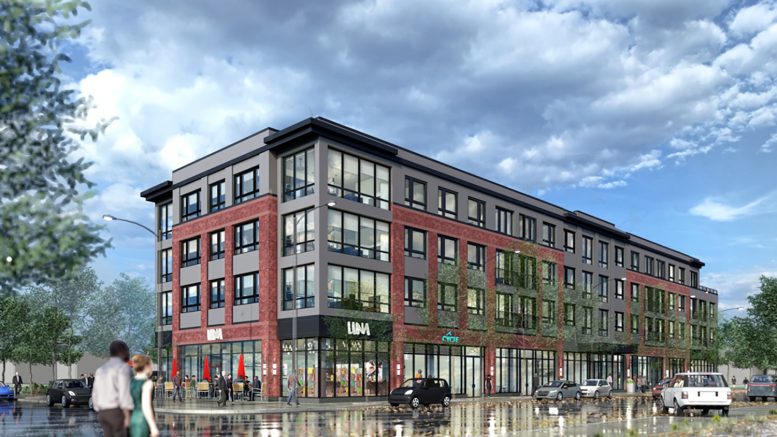 Construction is imminent at 508 E Pershing Road in Douglas, site of a future four-story mixed-use development. The Community Builders, Inc is developing the property that sits at the intersection of E Pershing Road and S Rhodes Avenue. The nearest CTA bus transit is the Pershing and Rhodes stop, serviced by Route 39 at the corner of the property. 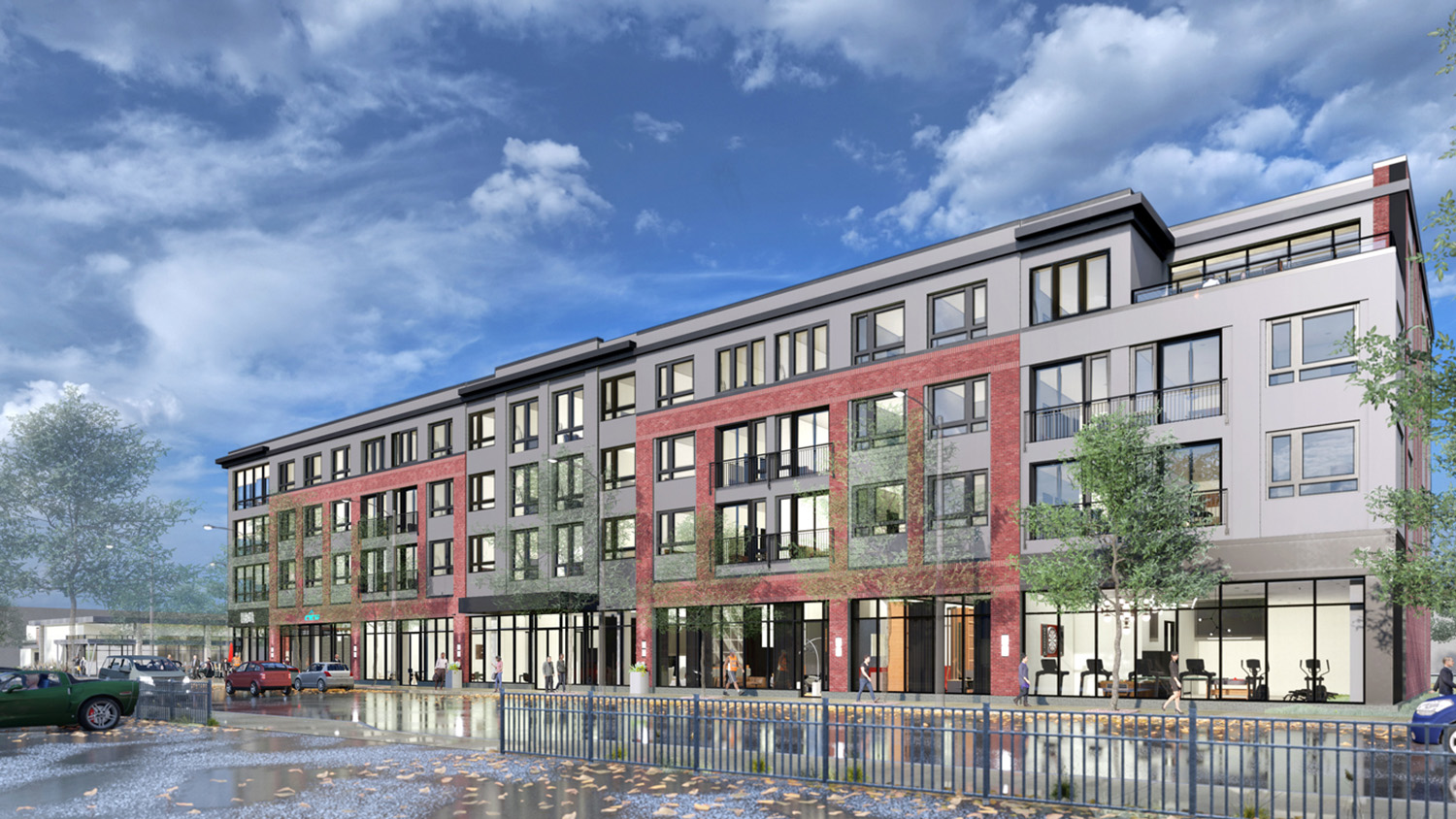 Designed by Nia Architects in collaboration with Antunovich Associates, the project comprises approximately 4,000 square feet of ground-floor retail space and 53 residential units. 36 units will be affordable units under the Chicago Housing Authority, with the other 17 homes at market rate. A surface parking lot behind the building will yield 42 parking spaces.

Renderings revealed show a boxy design with a mix metal and cement exterior highlighting an even grid of windows. Red masonry bricks visible on two of the elevations accent the bottom three floors. There also appears to be a setback terrace along one of sides, although it is not clear if that is for private or communal space. 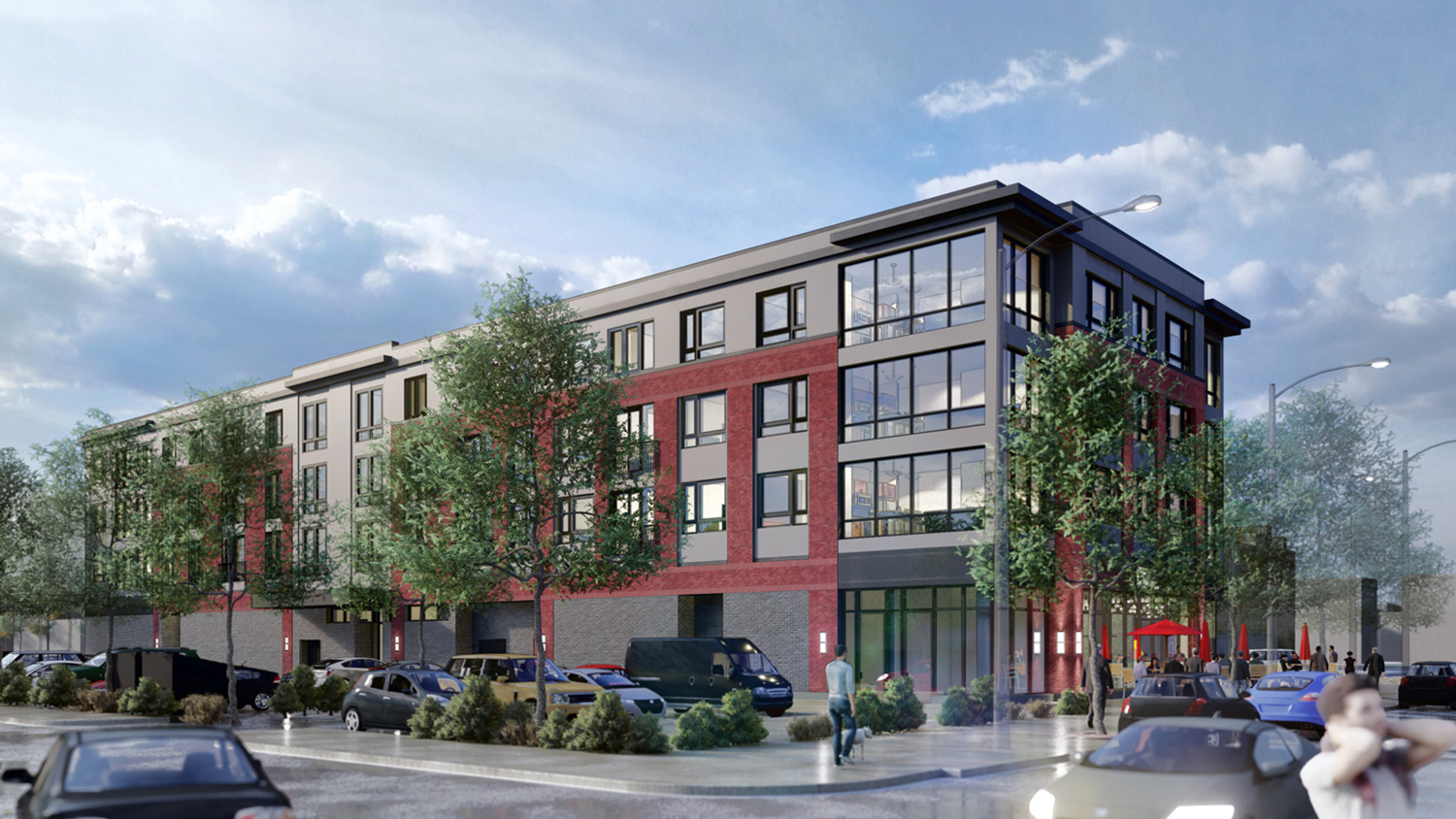 508 E Pershing Road is one building in a very large planned development being led by The Community Builders in partnership with the Chicago Housing Authority. Dubbed Oakwood Shores, the project will span 94 acres across the Grand Boulevard and Oakland communities. It is generally bound by 35th Street to the north, Lake Park Avenue to the east, Pershing Road to the south, and Martin Luther King Jr. Drive to the west. The site originally held more than 3,500 public housing units comprising the former Ida B. Wells, Madden Park, and Clarence Darrow Homes. Construction of Oakwood Shores will be completed over several phases. 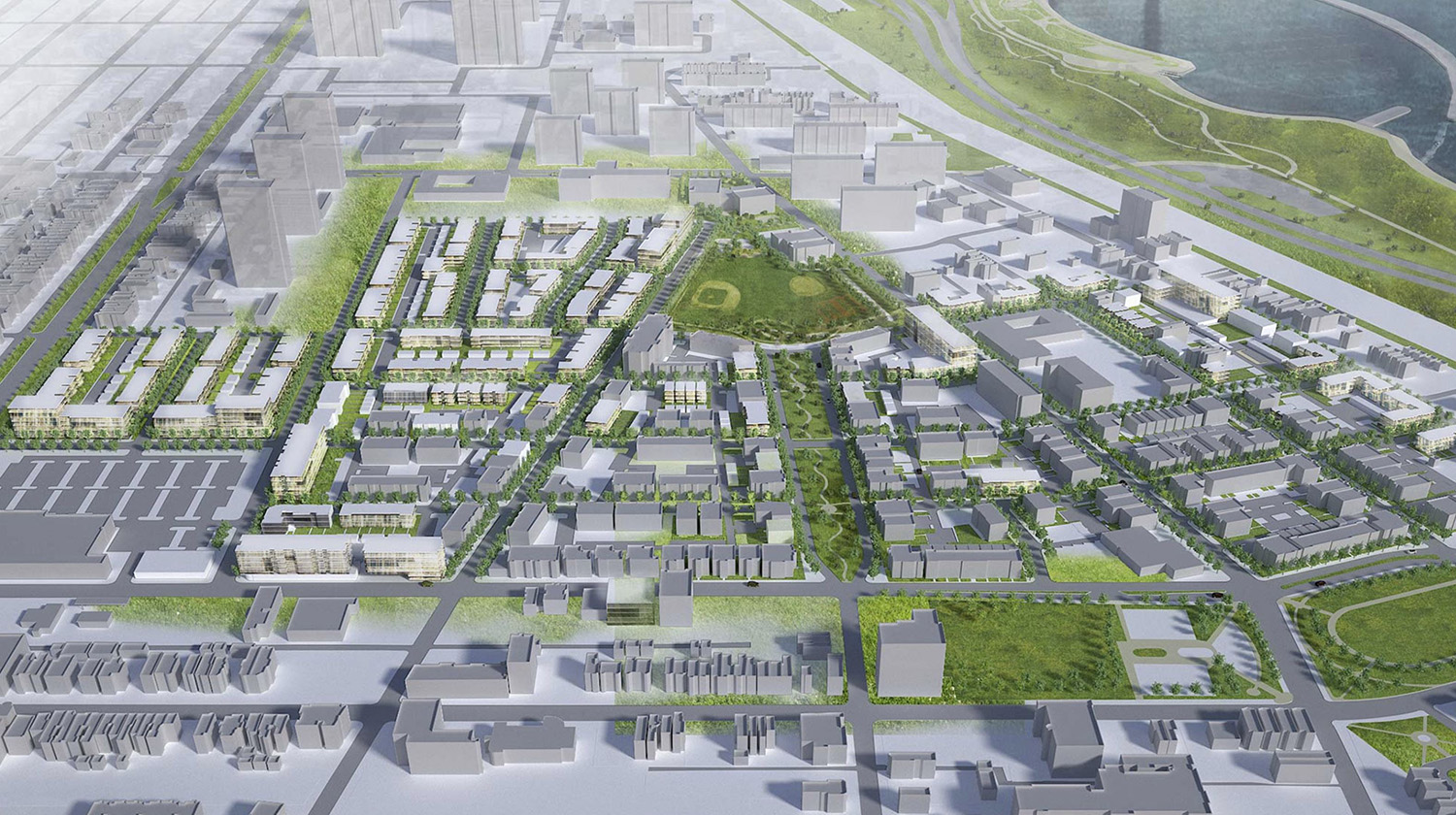 The Chicago Housing Authority commissioned Gensler to develop a 10-year vision for Oakwood Shores. Although 853 units have already been constructed on the 94-acre site, more than 34 acres remain vacant. Gensler’s plan introduces more than 1,200 units of mixed-income housing. Approximately 500 units will be set aside for former public housing residents, 300 units will be created for affordable housing, and 400 units will be market rate housing. The long term plan includes more than 60,000 square feet of ground-floor retail and commercial spaces for shops, offices, and local business entrepreneurs from the neighborhood. 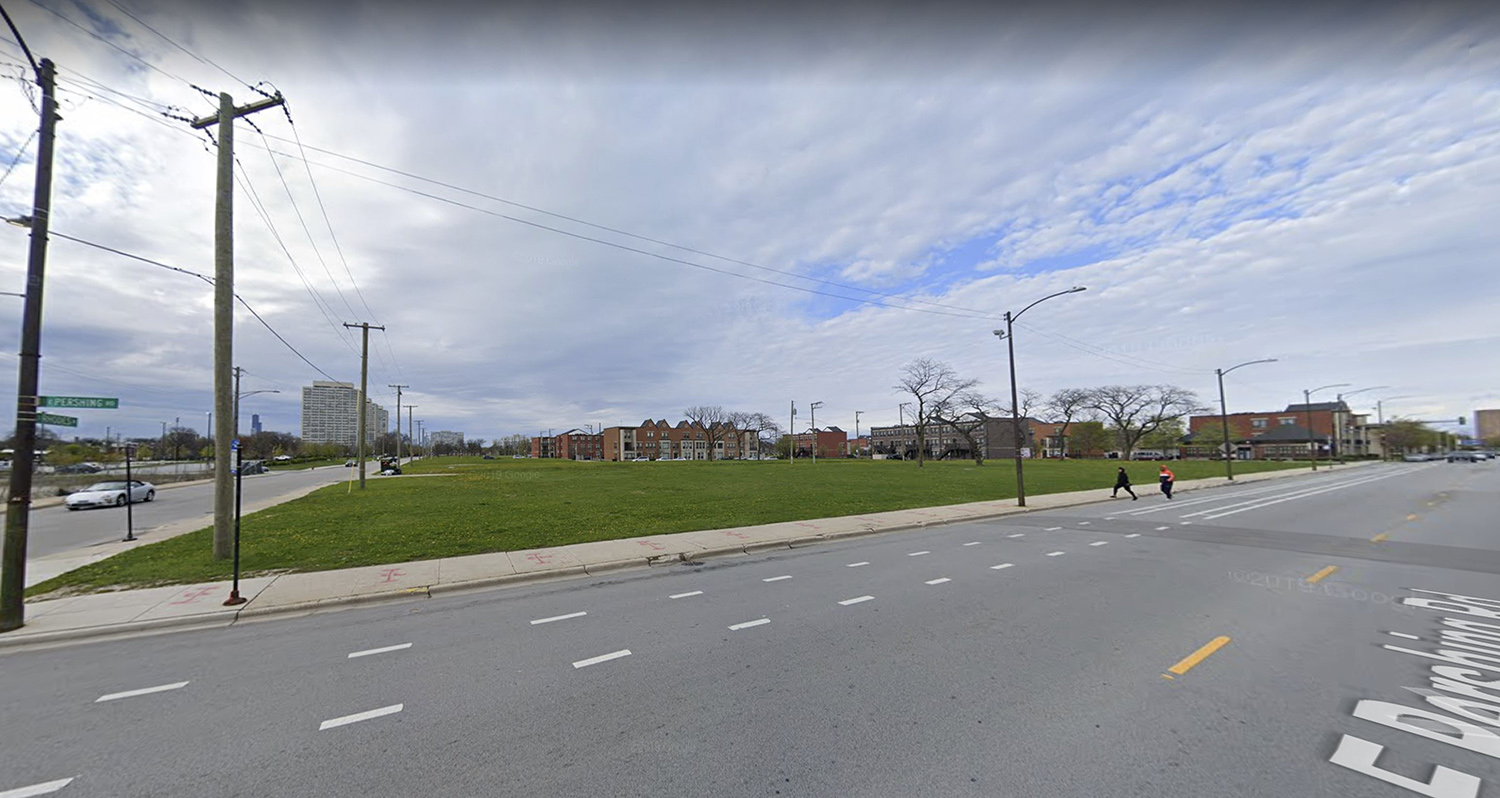 Building permits for 508 E Pershing Road have been issued and the site is vacant, so work will likely start very soon. James McHugh Construction is listed as the general contractor. No official timeline for the construction has been announced.