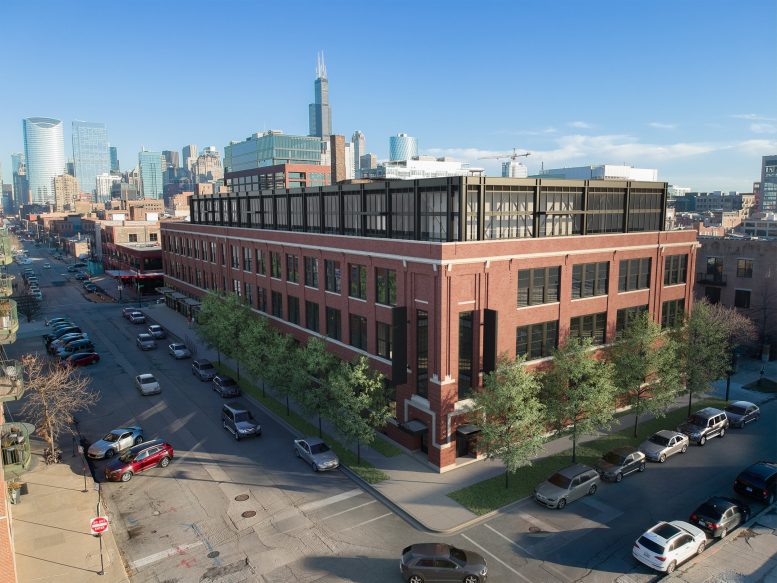 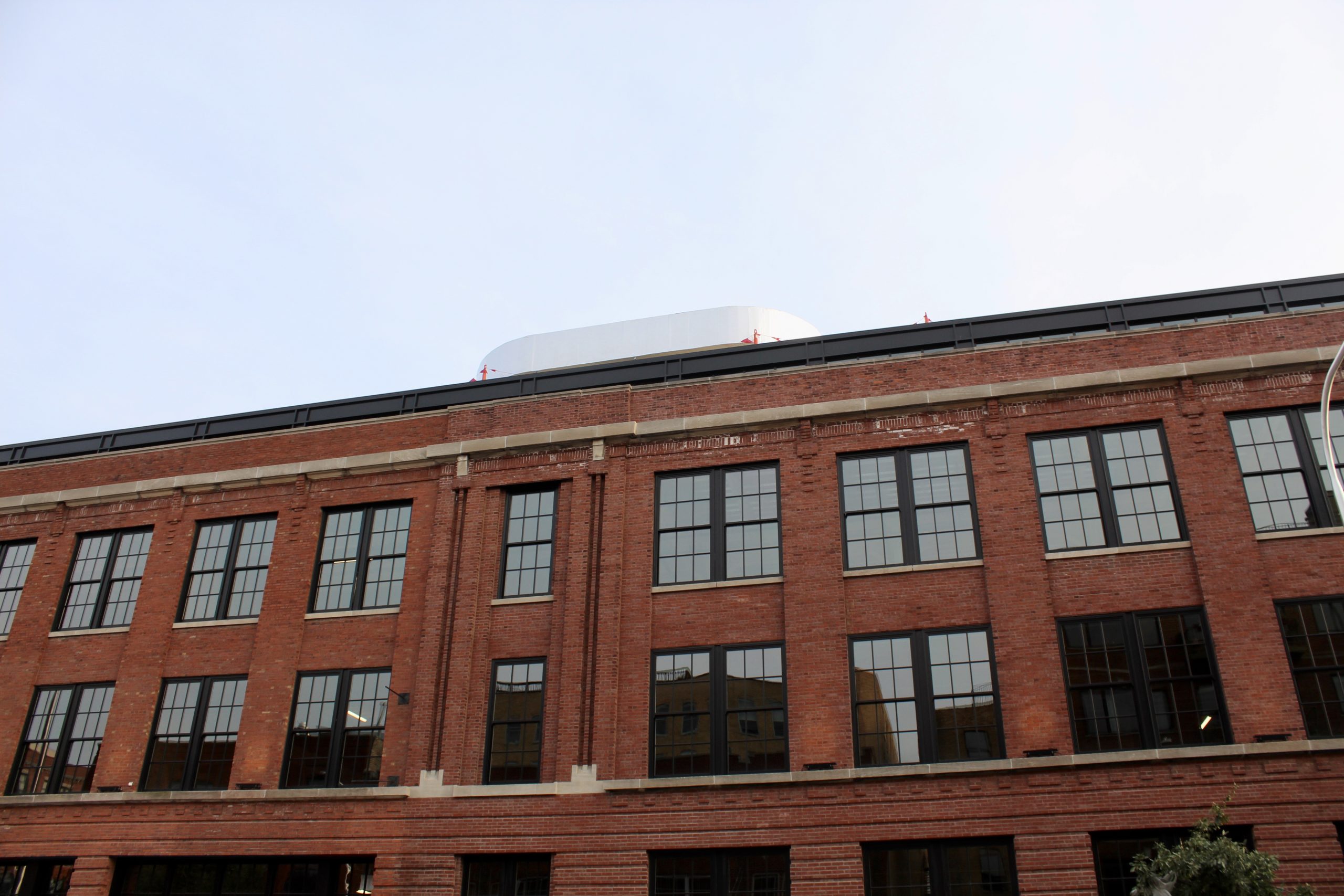 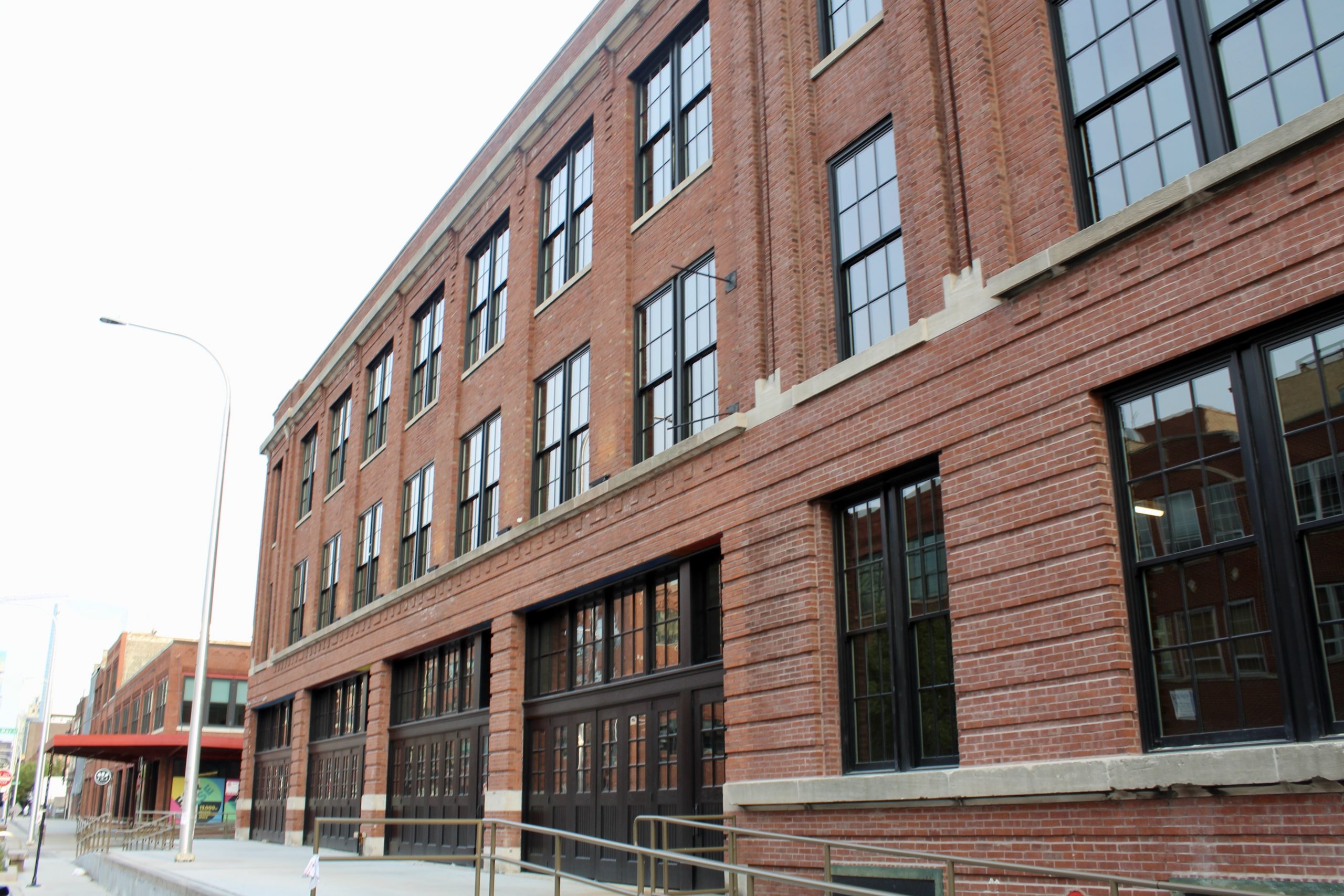 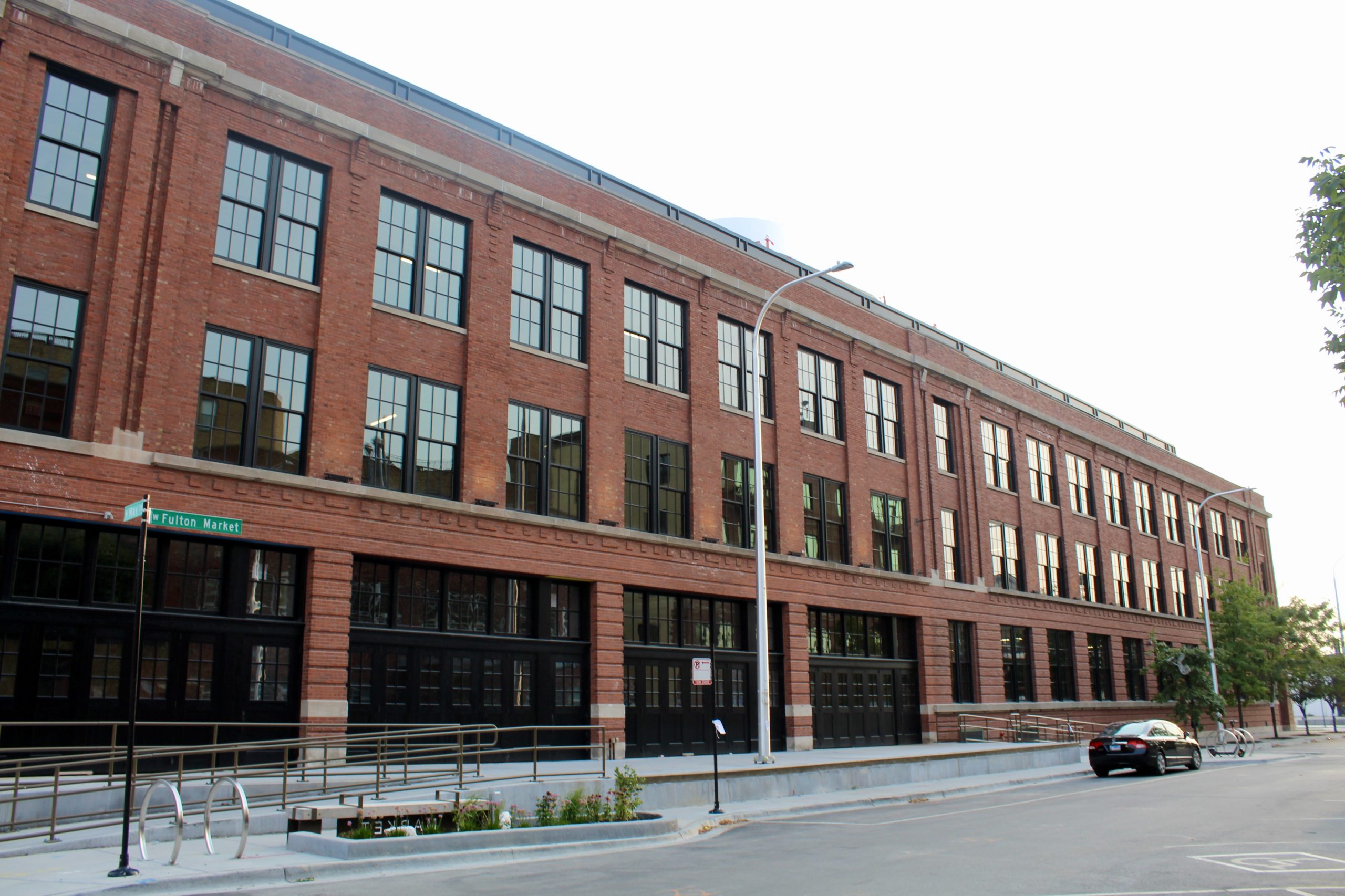 The large brick building officially occupies the 1133 and 1155 addresses along the major Fulton Market corridor, which has recently seen an unprecedented commercial development boom and high density of new office developments. Additionally, a variety of transportation options are located nearby, including bus route 8’s Halsted & Fulton Market stop a 10-minute walk east. For CTA L access, the nearest Green and Pink Lines are available at Morgan station, a six-minute walk southeast, while the nearest Blue Line service is Grand station, a 15-minute walk northeast. 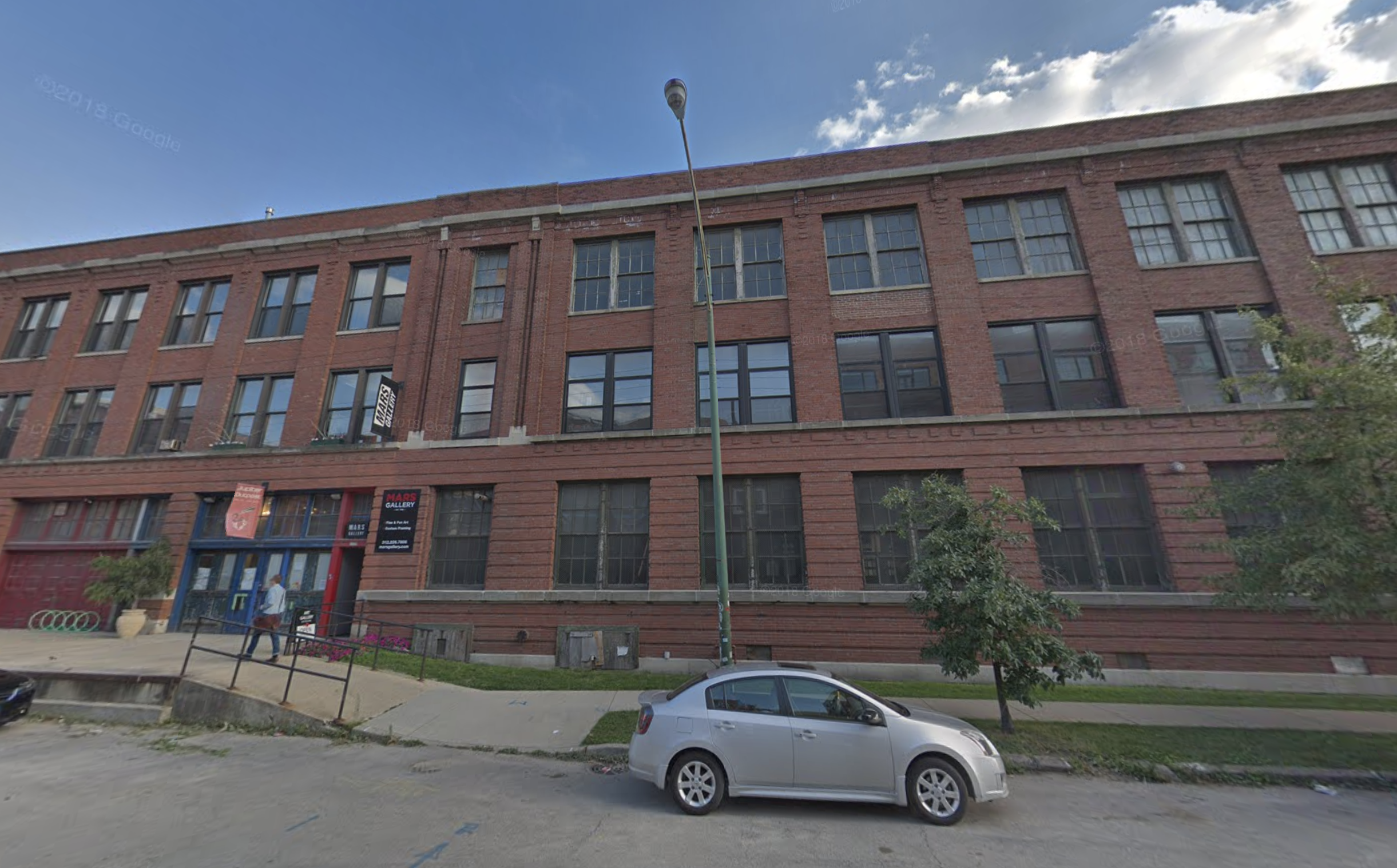 1155 W Fulton Market prior to development. Via Google Maps

The site’s co-developers, Barnett Capital and Domus Group, have carried out an adaptive re-use of the 100,000-square-foot building, converting it to office space. WeWork had initially committed to leasing almost 90,000 square feet of the building’s space, but has has reportedly since backed out of the deal, according to Crain’s. 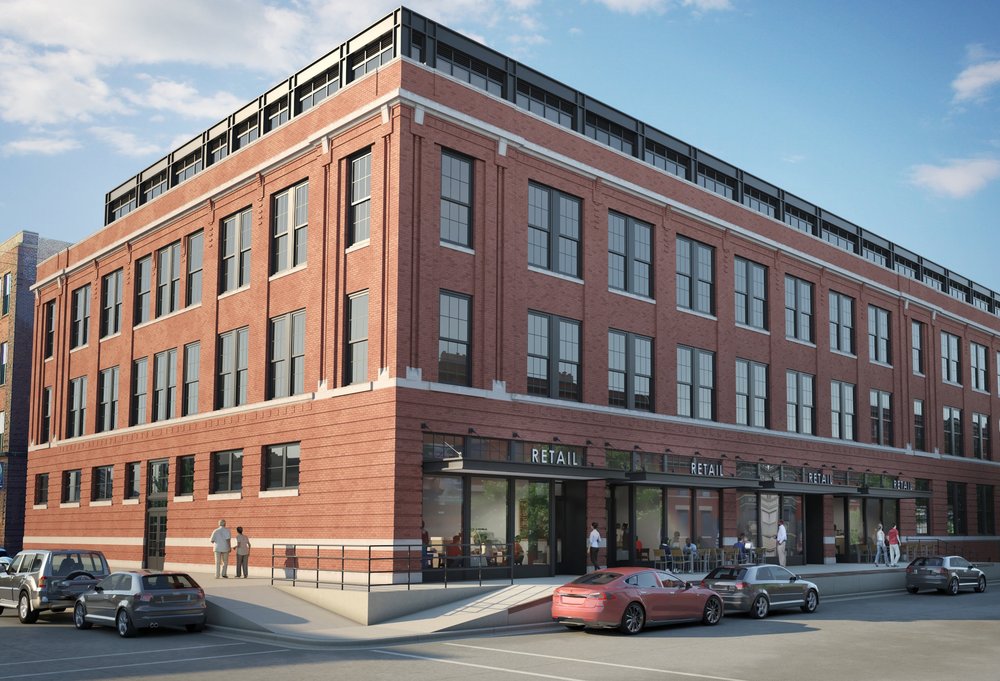 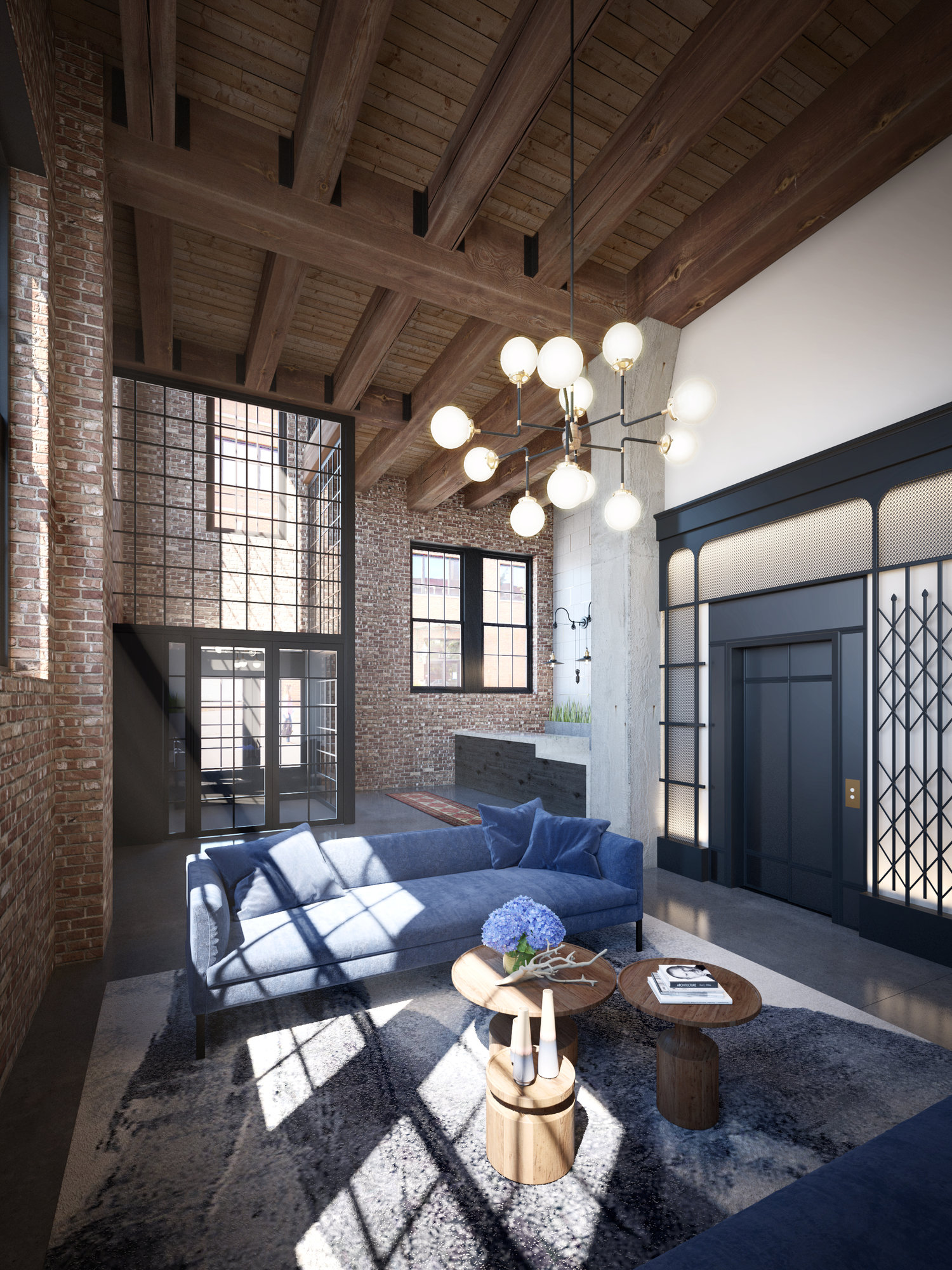 In addition to general facade refurbishment, the building’s architect, Space Architects + Planners, switched out the building’s original windows with dark-framed ones, and added a fourth floor with a modern steel and glass facade to complement the brick below. Renderings also show an extensive interior renovation that retains the classic loft aesthetic.

With the facade complete and only some equipment remaining on the roof, an official opening is likely imminent.