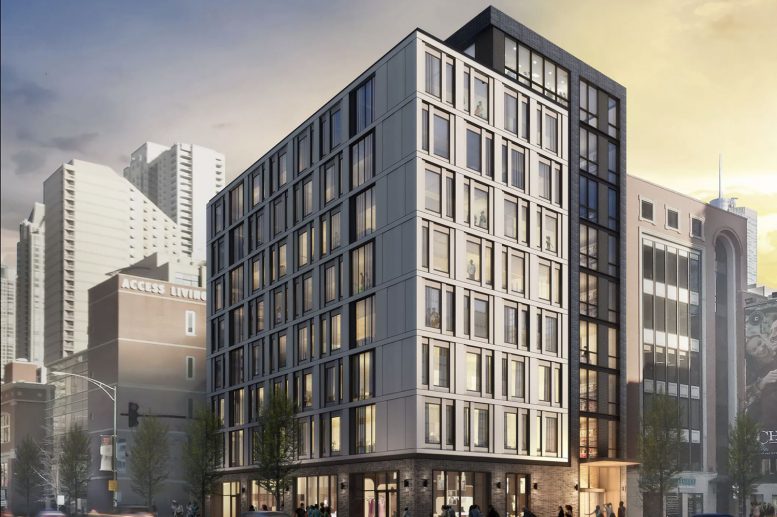 The Zoning Board of Appeals has granted zoning approval for a co-living development at 123 W Chicago Avenue in River North. Located at the southeast corner of W Chicago Avenue and N LaSalle Drive, the residential project is on a corner lot. The site is within a three minute walk of the Chicago CTA L station, serviced by the Brown and Purple Lines. According to the zoning applications, the owner of the project is BRP LaSalle LLC, but reports have noted Bucksbaum Properties as the developer, working with co-living firm Common.

Designed by DLR Group, the nine-story development consists of 28 residential units, which will be in the format of co-living dwelling units. The project will also have ground-floor retail space. 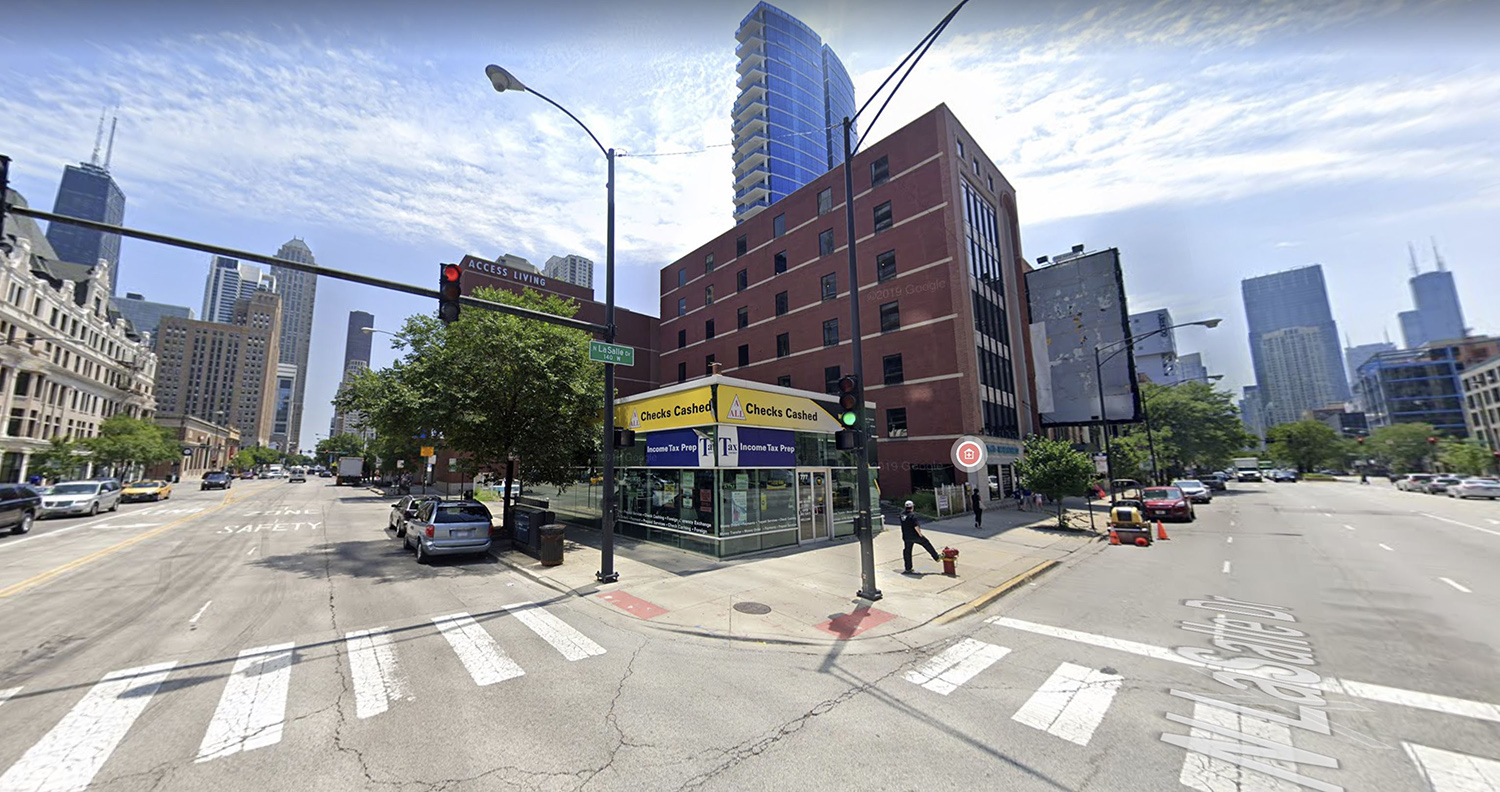 The first zoning variance applied for a special use to reduce the required parking spaces to zero. The project is considered to be a transit-oriented development, which would contribute to the approval. The developers also agreed to include 39 bike parking spaces to replace the vehicle parking spaces. The second zoning application was to reduce the rear setback from the required 30 to 10.18 feet. This variance will allow for larger floors plates on the small corner site. The final application requests for an approval to eliminate the required loading dock that usually measures ten feet by 25 feet. This request was also approved.

The project timeline originally aimed to begin construction in June 2019 and wrap up construction in October 2020, but that has not happened. Demolition permits for the existing one-story glass and metal building on the site were filed recently, but have not yet been approved. No updated timeline or final design has been announced.