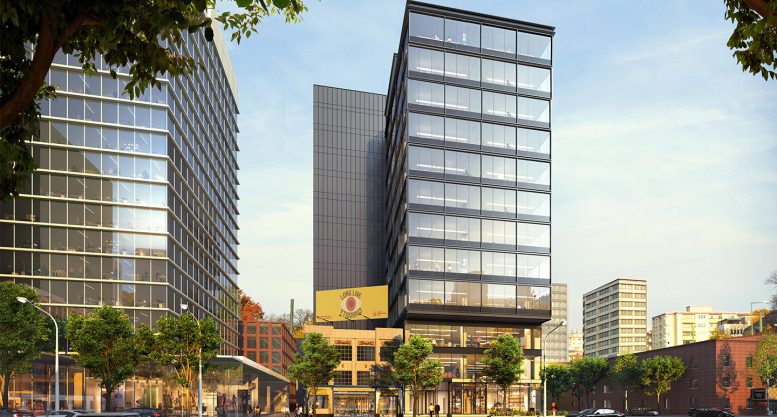 Construction is now in progress for 448 N LaSalle Drive in River North, after filing permits in March. The new office building will help extend the density along the river inland toward River North’s center. Nearby public transportation includes the adjacent Illinois & LaSalle stop along Route 65 and Route 156, as well as the three-minute walk southwest to Wells & Hubbard along Route 37 and Route 125. CTA L transit access also involves a three-minute walk southwest to Merchandise Mart Station, along the Brown and Purple Lines.

The developer is Jaime Javors, who has filed under the name 430 N. LaSalle, LLC. Tod Desmarais of Chicago-based Lamar Johnson Collective is the architect of record, and Lendlease US is the general contractor. 448 N LaSalle Drive is expected to cost $9 million to construct, Although the marketing site mentions a 12-story building, permits indicate that 448 N LaSalle Drive will have 13 above-ground floors. It is possible that this additional floor includes the smaller indoor space alongside the rooftop terrace. The facade design includes a glass curtain wall accented by thin metal mullions. The southern portion of the edifice will include the metal-clad core which allows for more open floor plates, while providing distance from the adjacent property which is zoned for a high rise. 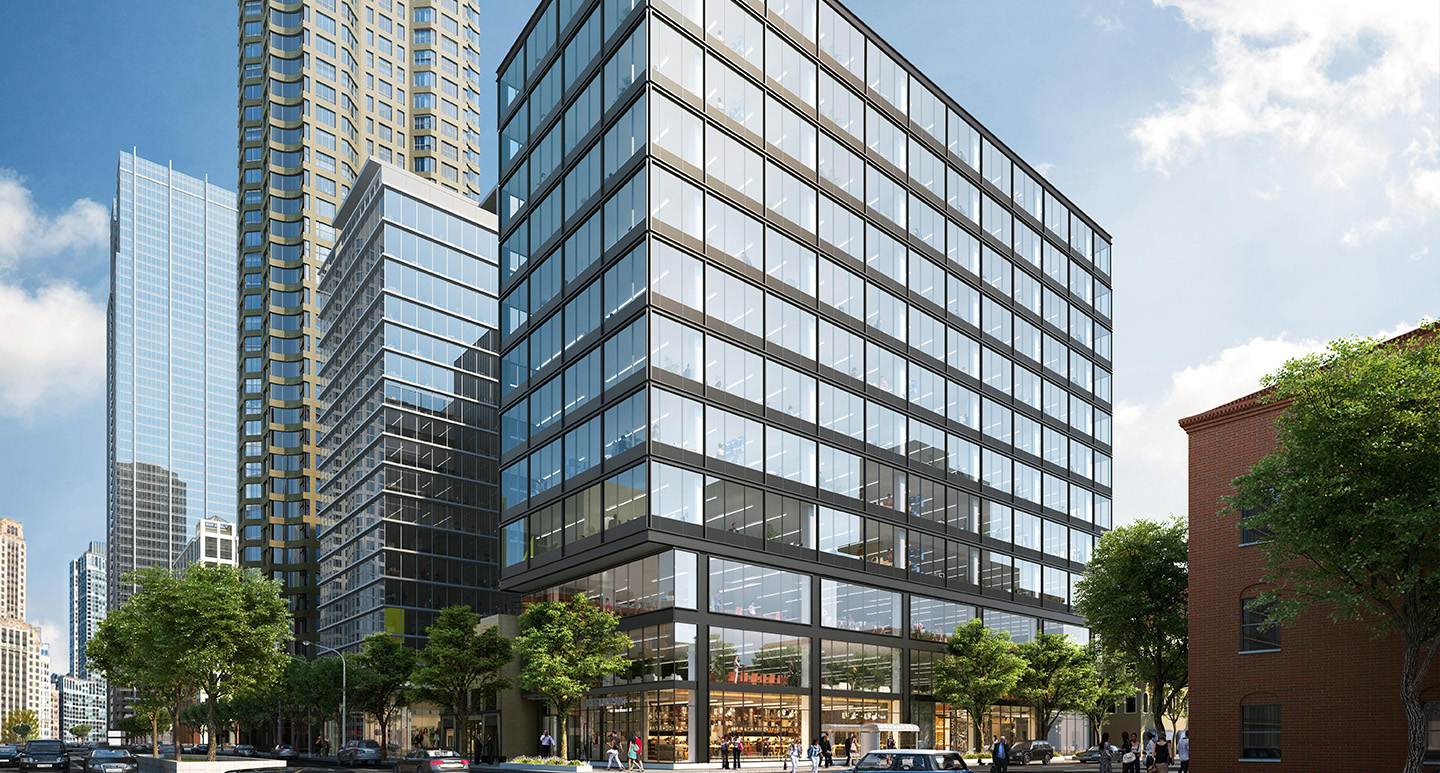 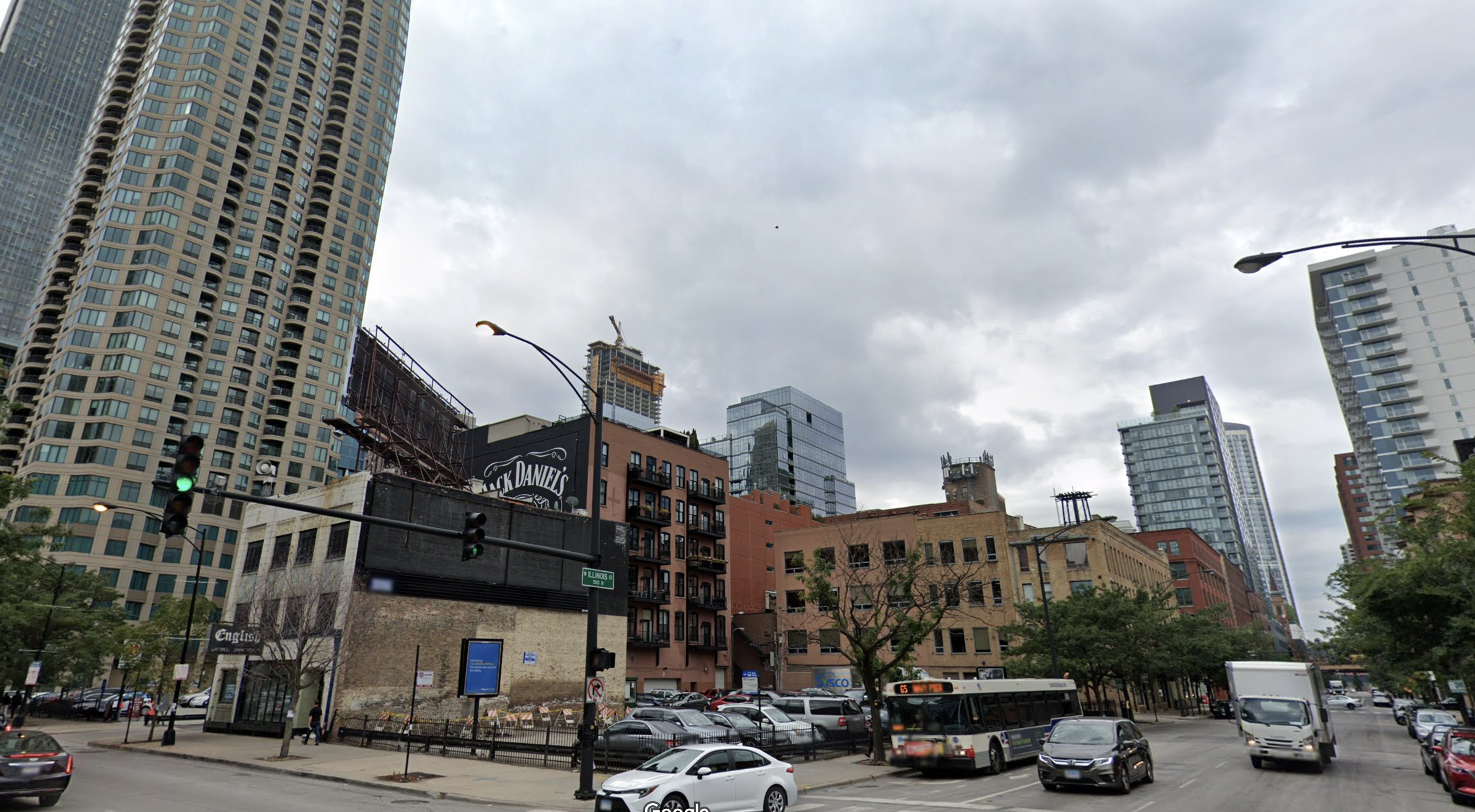 Programming includes primarily office space, as well as retail, according to Curbed Chicago. In February of this year, WeWork signed a lease on 63,000 square feet of office space, as reported by Crain’s Chicago Business. Alongside CA Ventures, the other anchor tenant, leasing a similar amount of space, the building has already leased over two-thirds of its total 174,599 square feet as of the most recent February update.

Parking will not be included in the programming, instead offering extensive bike access, walkability, and nearby public transportation. Amenities for 448 N LaSalle Drive will include an expansive rooftop terrace, lounge, fitness center, and bike room. Floor plates will yield approximately 15,000 square feet each.

Construction is expected to reach completion in 2021, with tenant occupancy in mid-2021.