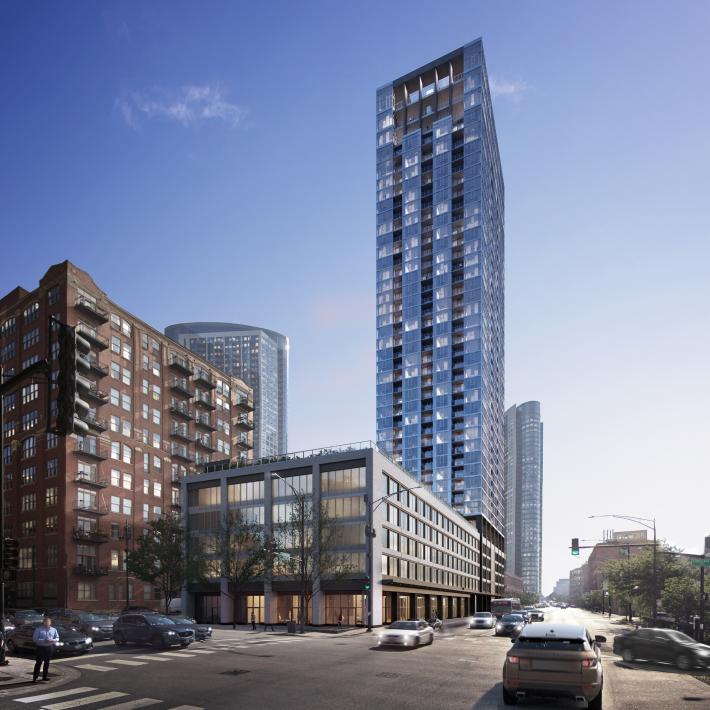 YIMBY has a progress report on the 41-story residential development at 369 W Grand Avenue, with a 449-foot-tall residential tower that recently topped out in southwest corner of the River North neighborhood. The property is a longer-rectangle shape at the southwest corner of W Grand Avenue and N Orleans Street. The site also lies near three bus routes, including a two-minute walk west to Route 65’s Grand & Kingsbury, as well as a one-minute walk east to Route 37 and Route 125’s Orleans & Grand. Nearby CTA L access includes a seven-minute walk southeast to Merchandise Mart Station, which is serviced by the Brown and Purple Lines. Notable nearby locations also include Merchandise Mart, Chicago’s largest building, and a major restaurant scene beginning around two blocks east. 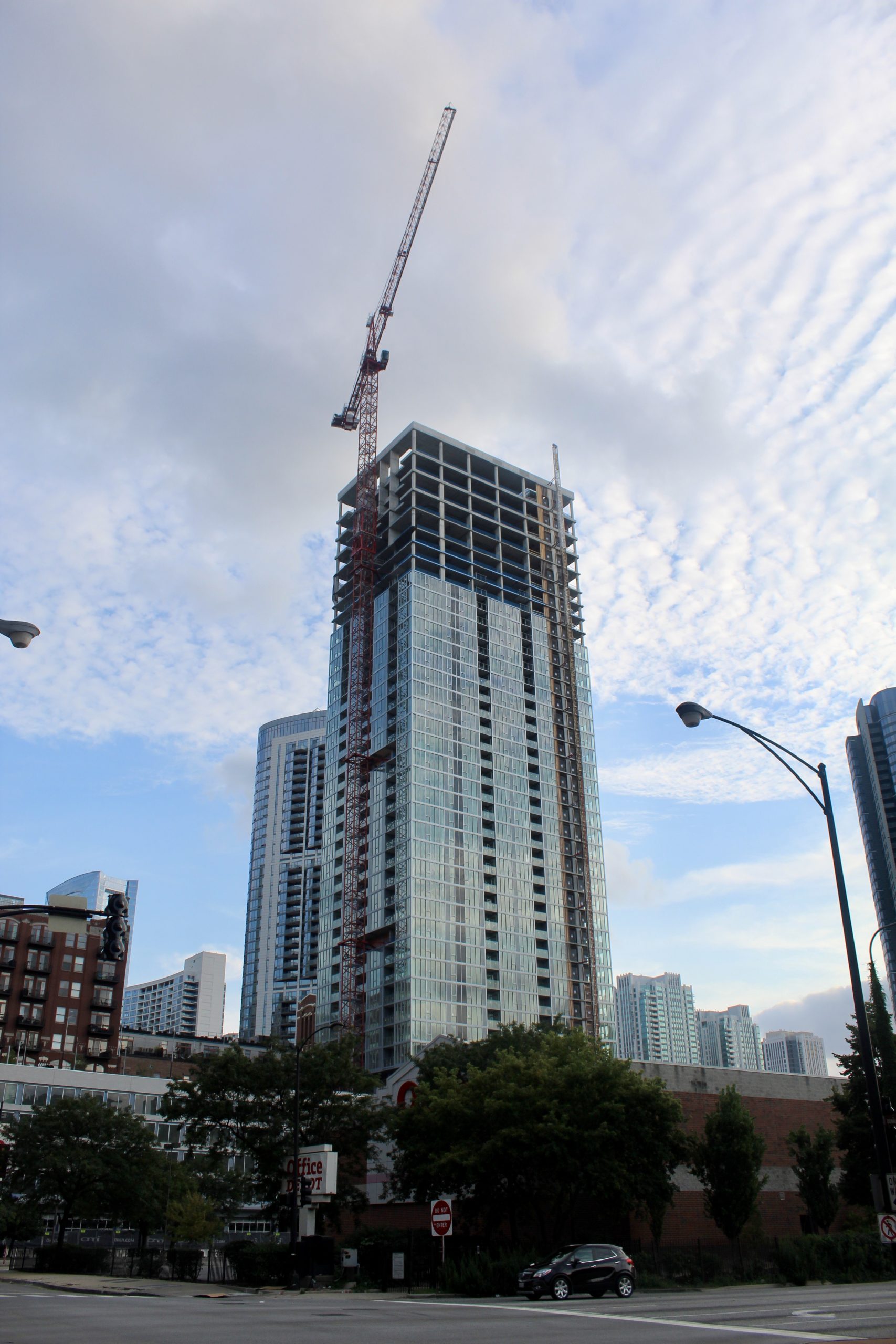 Onni Group is serving as both the developer and general contractor of 369 W Grand Avenue, which will yield 356 apartments and 261 parking spaces for the 532,900-square-foot project. Several of the apartments, as well as all parking, occupy the building’s five-floor base, according to the Skyscraper Center. On the sixth floor of the building, which is also the first floor of the tower portion, reside a series of amenities including a large terrace. 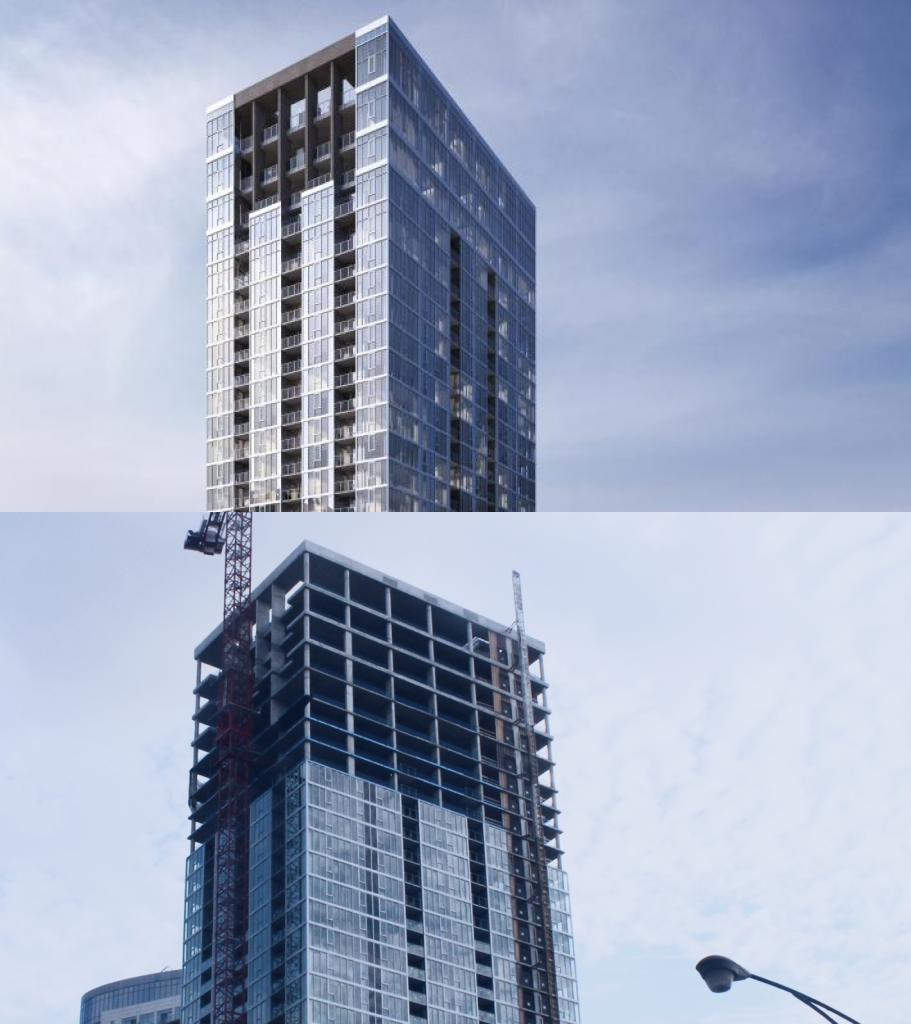 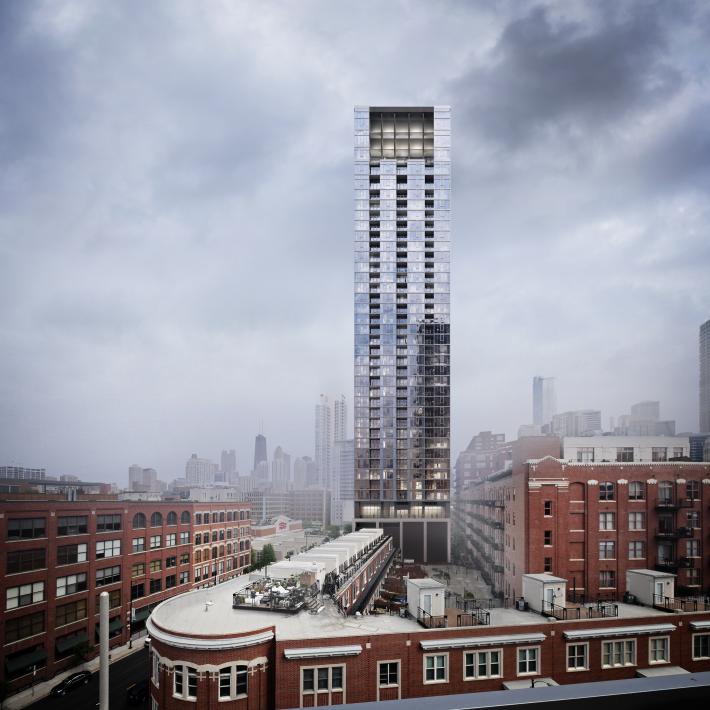 Designed by Brininstool + Lynch, the building’s aesthetic is a rectangular massing with a sleek, contemporary glass facade. The composition integrates a subtle nod to structuralism through its partially visible columns just behind the glass. These column elements are then exposed along the final three floors and the above parapet, revealing an architectural crown that uses subtraction to enhance its design.

The 365-unit tower helps extend Chicago’s high rise scene northwest, providing a sample of other upcoming projects in the vicinity like the development of the River District massive complex.

With the structure’s more recent topping out, a completion date of 2021 seems to be on-target.