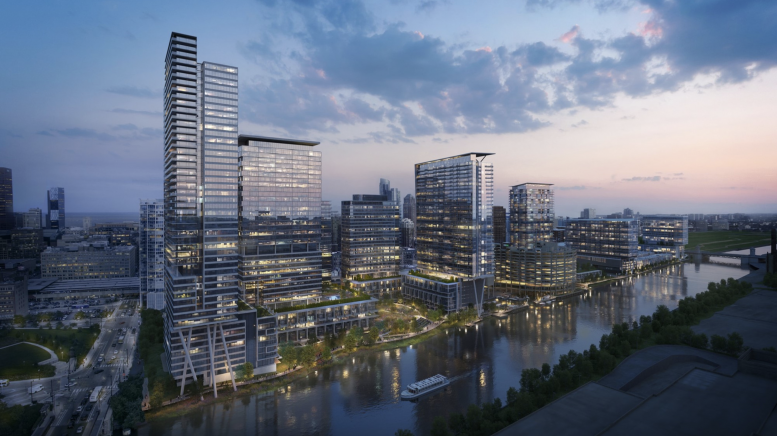 YIMBY has new photos of the site where Lendlease plans to build out the remainder of the northern portion of the Riverline complex. The seven-acre plot of land is already occupied by a walkway, a small park, and The Cooper, addressed as 720 S Wells Street, one of the five residential buildings planned for the property. 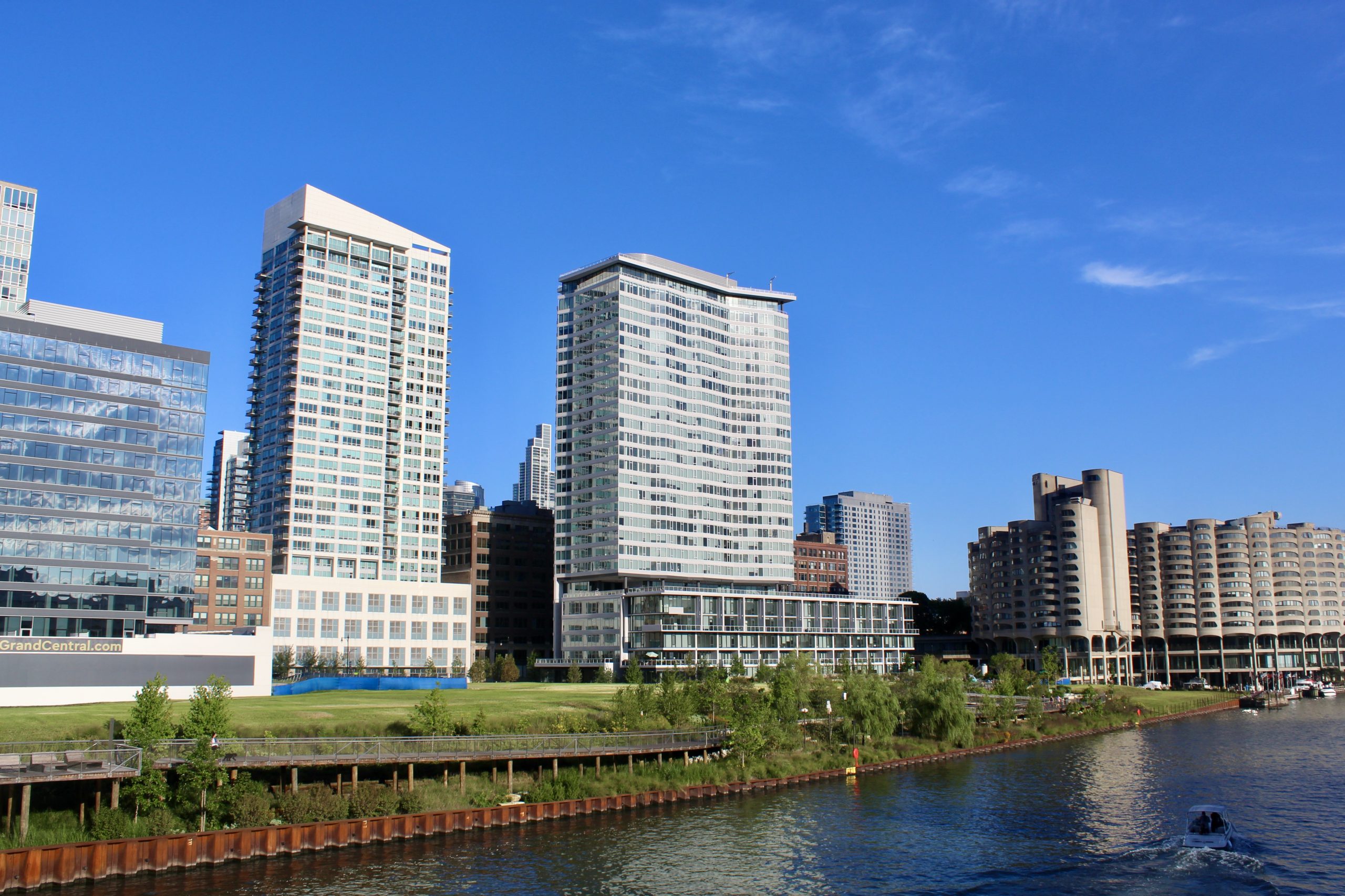 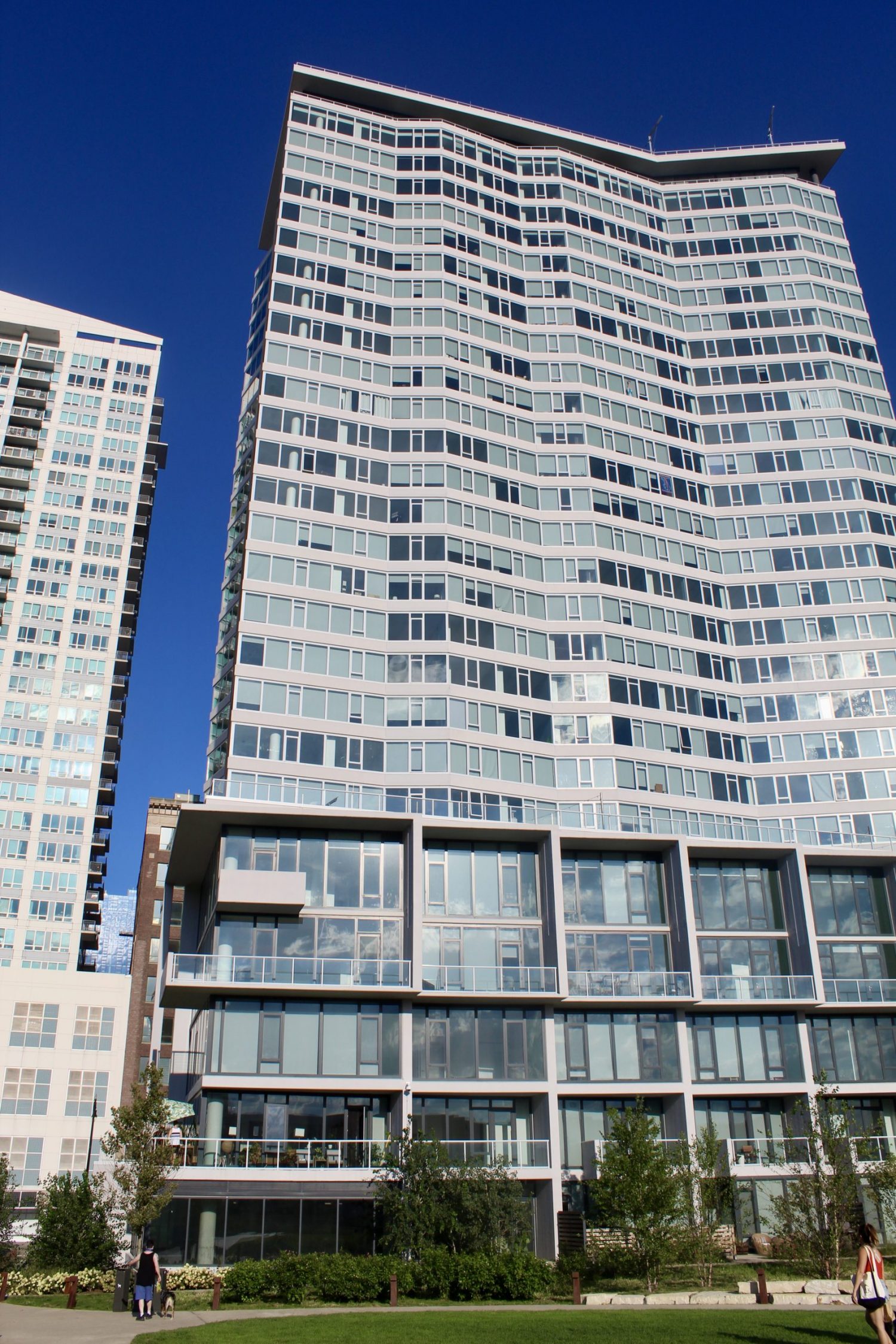 Small inner park and the first of five buildings for Lendlease’s share of the Riverline development. Photo by Jack Crawford 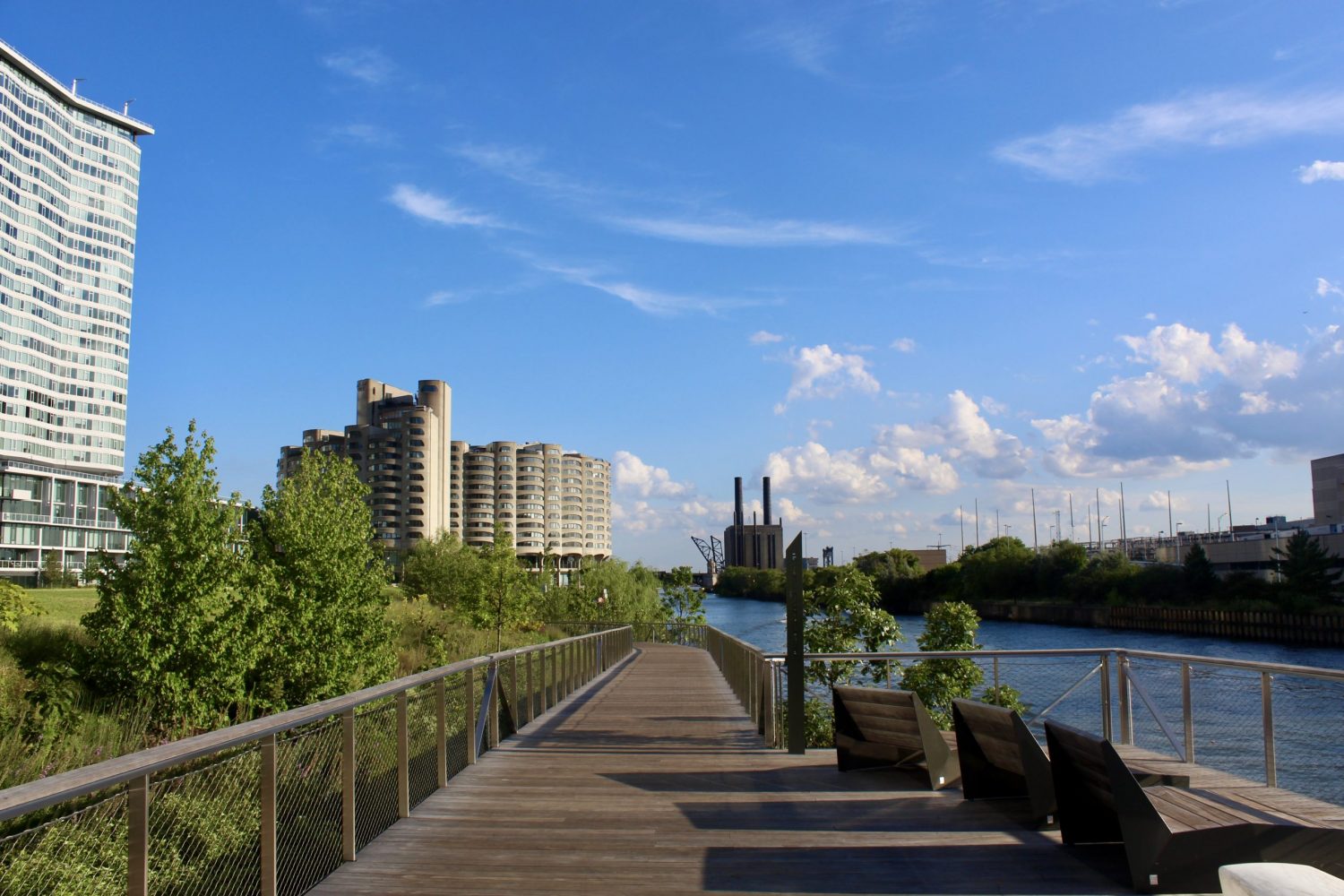 According to Curbed Chicago, the site is the northern section of two halves within the Riverline mega development, split around the 35-year-old River City development, that is currently under renovations. In 2018 Lendlease and CMK, the joint developers of the originally unified project, split under amicable terms so that Lendlease would develop the northern portion, coined “Southbank”, and CMK would develop the southern portion. 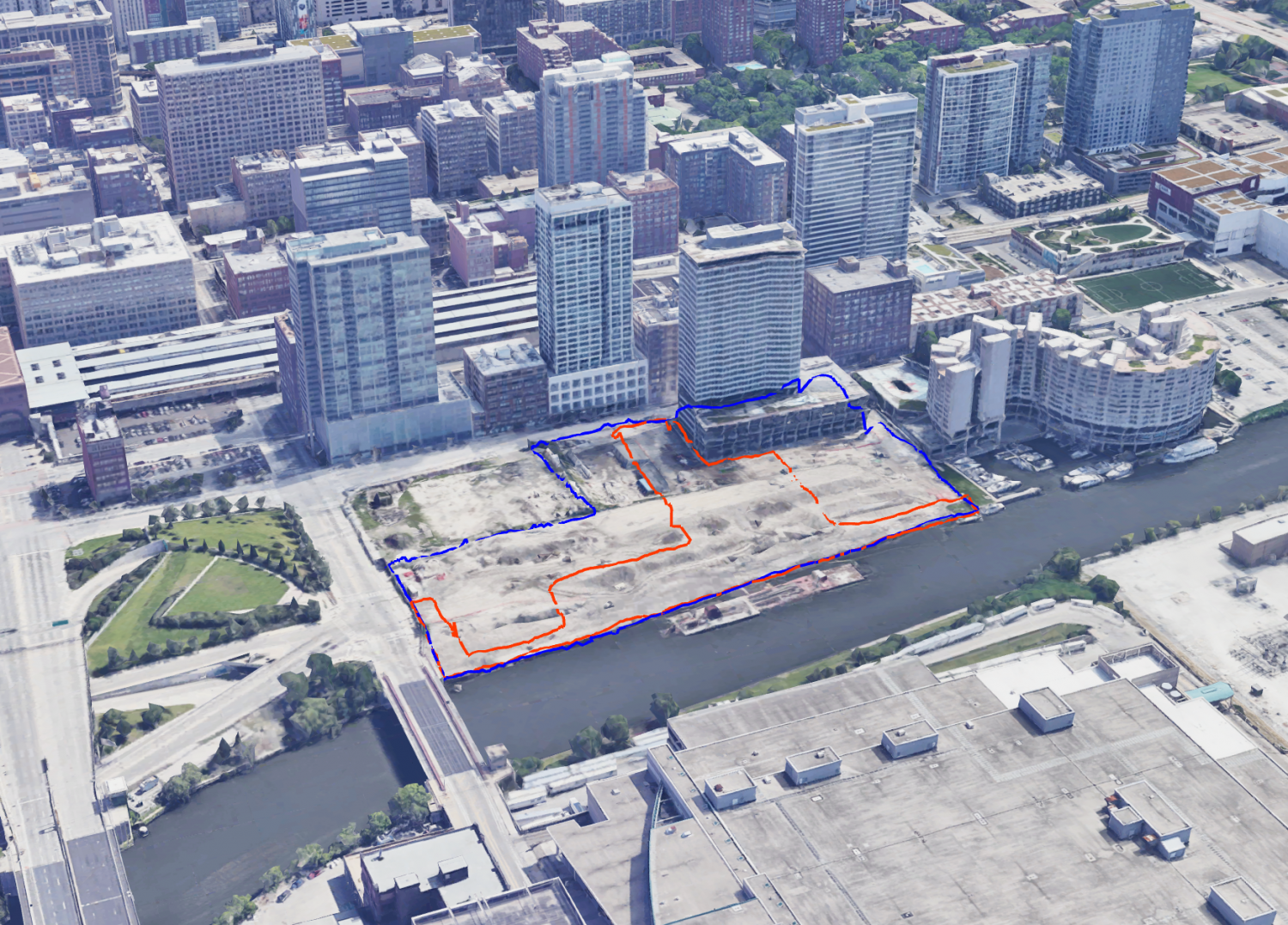 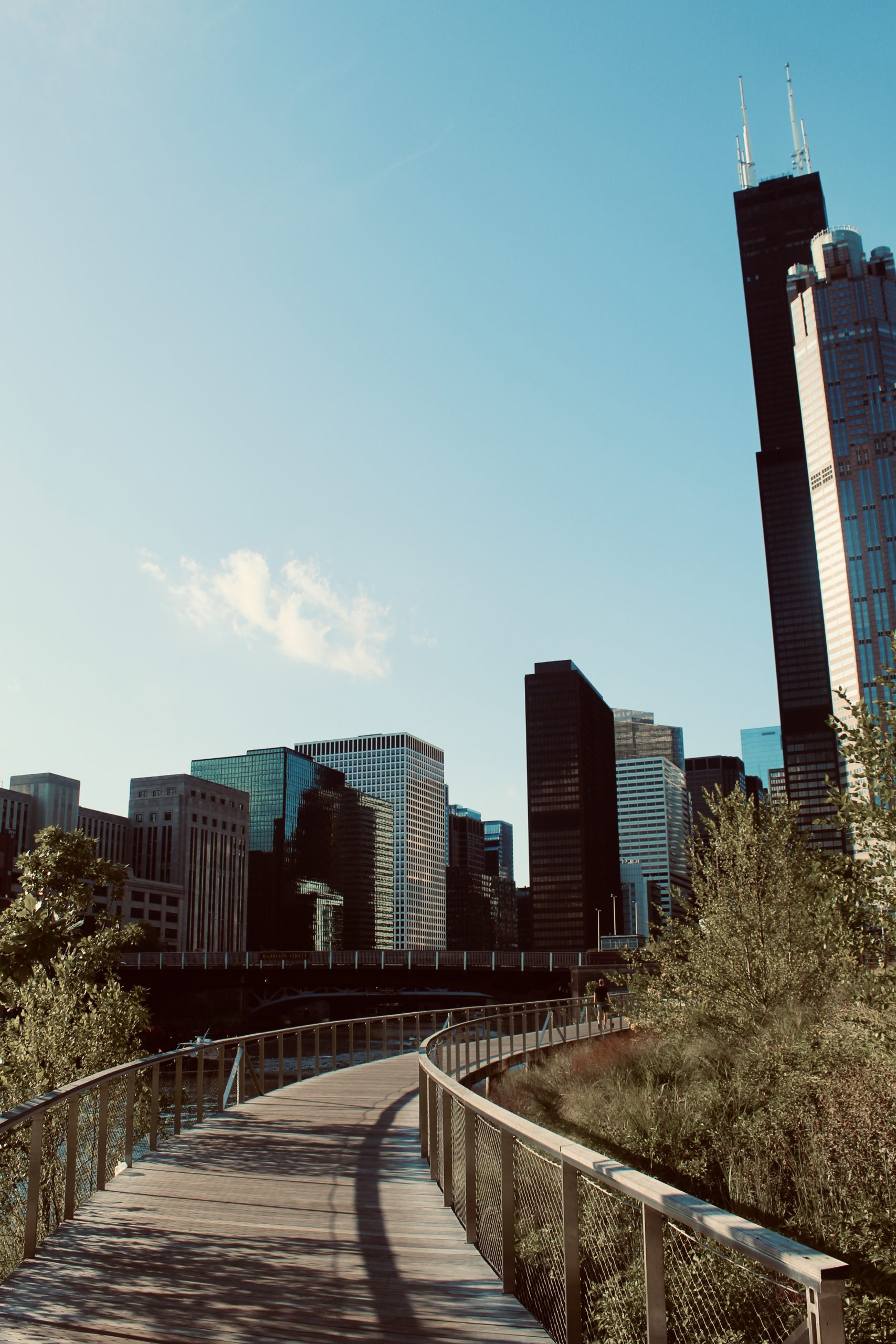 View of the Sears tower and surrounding Loop and West Loop from the Riverline walkway in Southbank Park, facing northwest. Photo by Jack Crawford

The programming of the remaining structures and whether they will include rental units, condominiums, or a mix, remains to be determined by market demand. Perkins+Will, who designed the entire Riverline project, carries a visual dialog throughout the buildings’ facades that is light in both color and form. The use of white and glass as the primary facade elements evokes a sense of openness, while the jagged, jutting angles of the exterior walls echo the sense of movement also seen in how the built meets the river. Such interaction includes walkways as a means to hover above the landscaped river banks, as well as a series of stepped-back rock formations that mingle with the hillside.

At this point, only the southeast-most building has been completed. Lendlease’s website lists 2026 as the opening date for the other four, although groundbreaking dates are not currently known.