Exterior renovation work continues to take shape for the new Guinness Taproom and Brewery in Fulton Market. Owned by Fred Latsko, the former Pennsylvania Railroad Terminal Building at 375 N Morgan Street is being developed by Guinness as part of a deal that was finalized last year. Once a popular street art canvas, the converted beer hub will now contain a 10-barrel brewery, a pub, and a restaurant serving local chef cuisine. 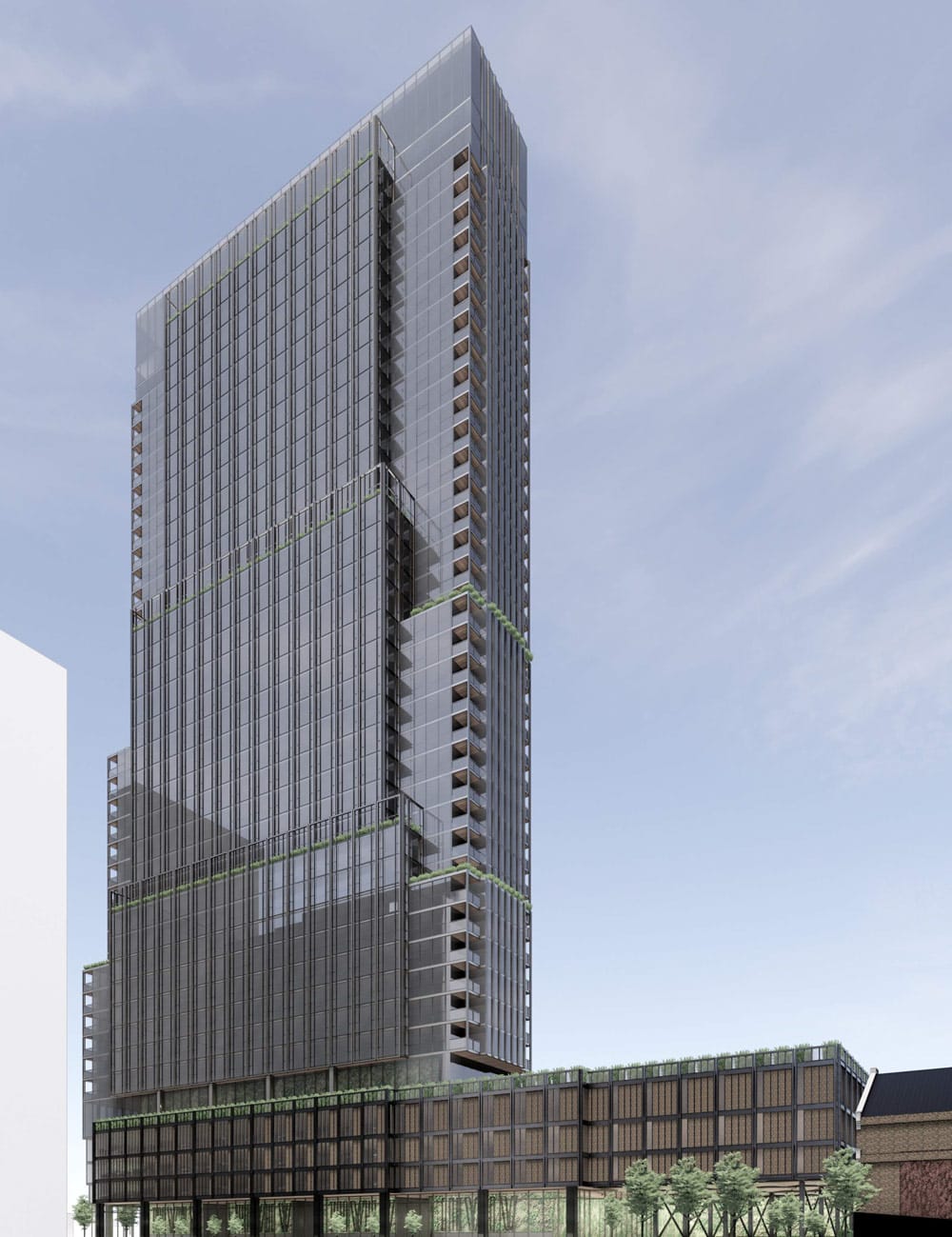 Renovation and construction work are rapidly taking shape for Fulton Market’s new Guinness Taproom. Coordinated by developer Fred Latsko, the project is an adaptive re-use of the former Pennsylvania Railroad Terminal Building at 375 N Morgan Street. A former destination for street art, the converted beer hub will yield a 10-barrel brewery, a pub, and a restaurant with local chef cuisine.

Both interior and exterior renovations are taking shape for Fulton Market’s old Pennsylvania Railroad Terminal Building, located at 375 N Morgan Street in Fulton Market district. Developed in partnership between Guinness and Fred Latsko, the structure is being converted into the beer maker’s second US location, which will feature a 10-barrel brewery, a pub, and a restaurant.

This week, YIMBY stopped by the former Pennsylvania Railroad terminal building at Fulton Market Distict’s 375 N Morgan Street, where a partial demolition has taken place. This wrecking work is set to clear the way for a new Guinness Brewery to be co-developed by Guinness and Fred Latsko. The adaptive re-use of the original structure will make way for a 10-barrel brewery and taproom, and will accommodate an Irish-themed restaurant component that sources local chefs.