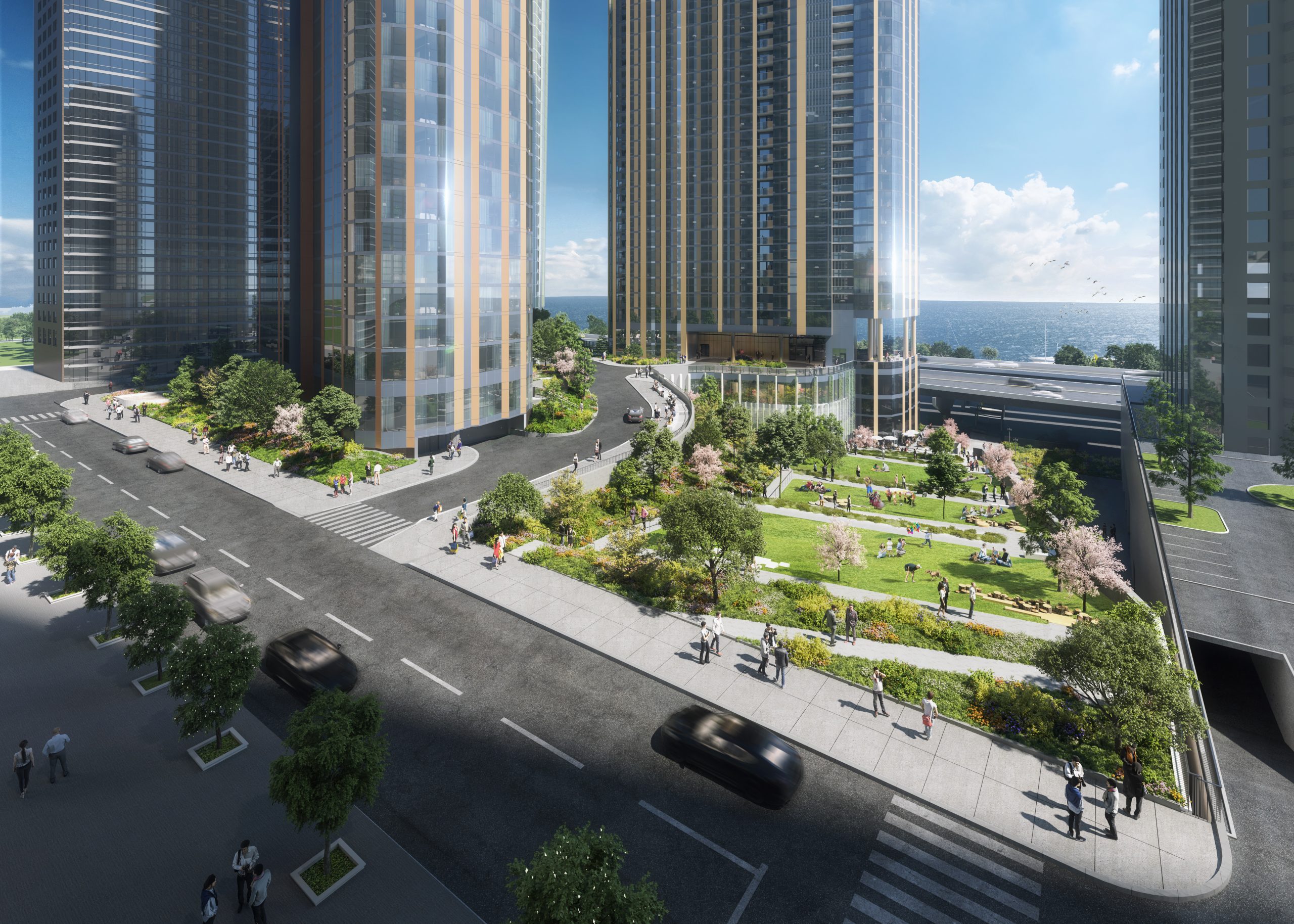 This week, the 37-story apartment tower known as Cascade and the adjacent Cascade Park both officially opened in Chicago’s Lakeshore Eastc neighborhood. Lendlease and Magellan have co-developed the overall project, which includes Cascade tower, a taller 47-story condominium tower known as Cirrus, and the public Cascade Park located at the foot of the towers.

Work on the new 0.8-acre Cascade Park is wrapping up as part of Lendlease and Magellan Development Group‘s Cirrus & Cascade masterplan in Lakeshore East. While the park is to be privately owned and maintained, it will be open to both residents and the public. The park slopes downward from west to east, connecting the elevated N Harbor Drive to the lower lakefront level.