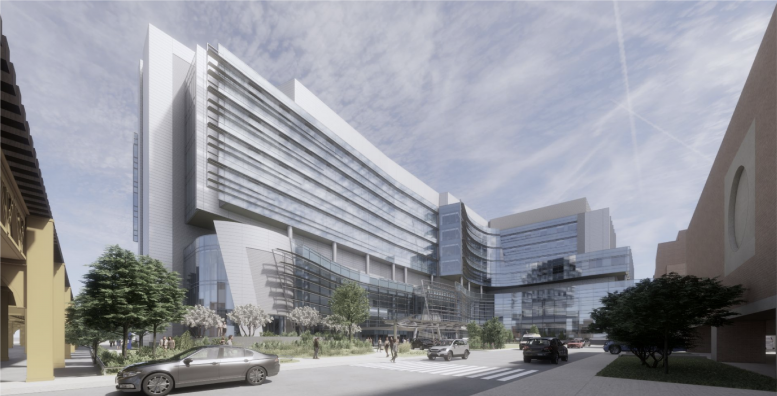 Site prep continues to advance for a new medical expansion project for Advocate Illinois Masonic hospital in Lake View. Located at 900 W Nelson Street, the development will consist of a new lateral addition (‘phase 03A’) to an adjacent medical building built in 2015, then later by a vertical expansion (‘phase 03B’) sitting atop both the 2015 structure and the phase 03A structure. 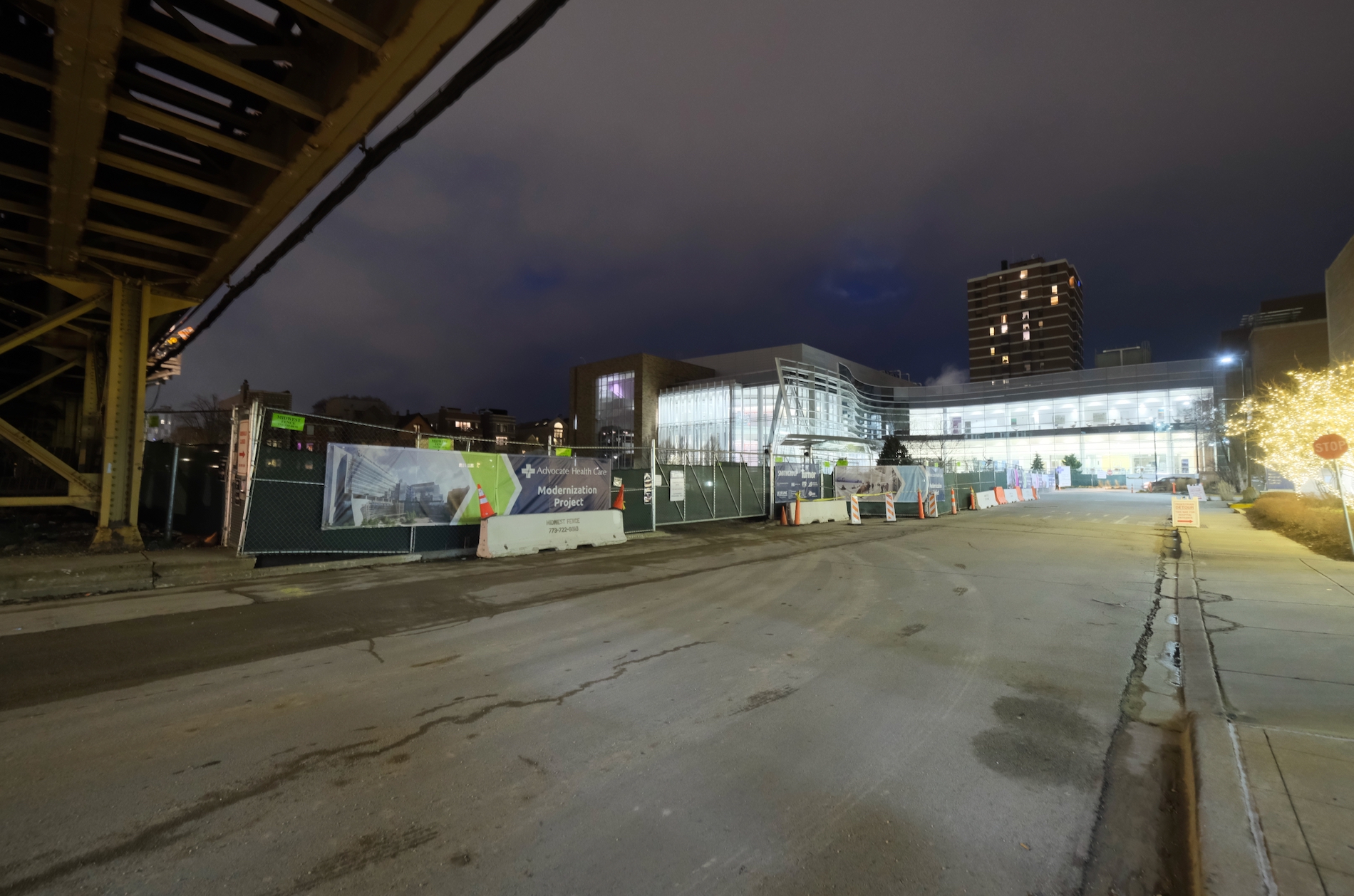 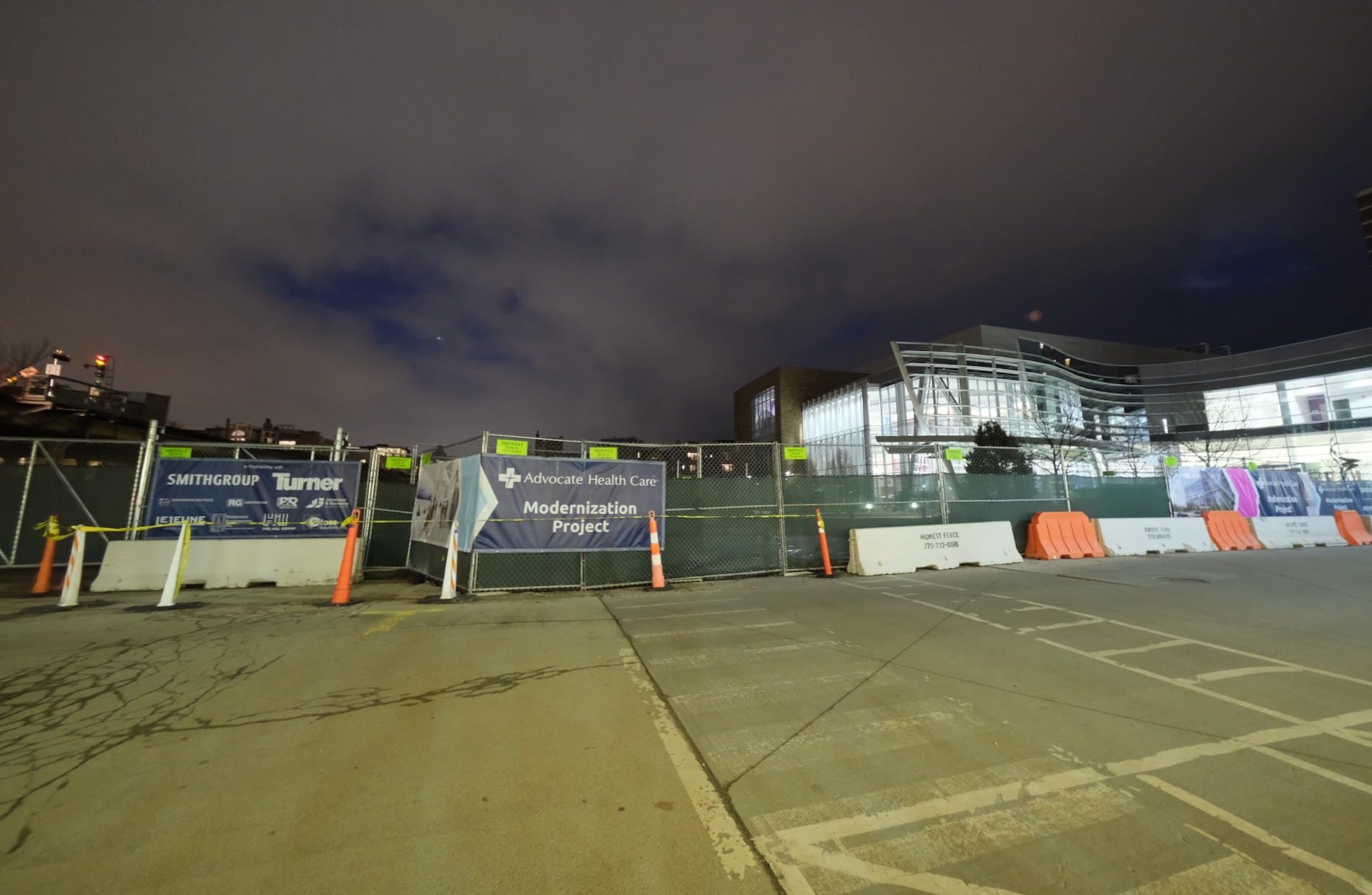 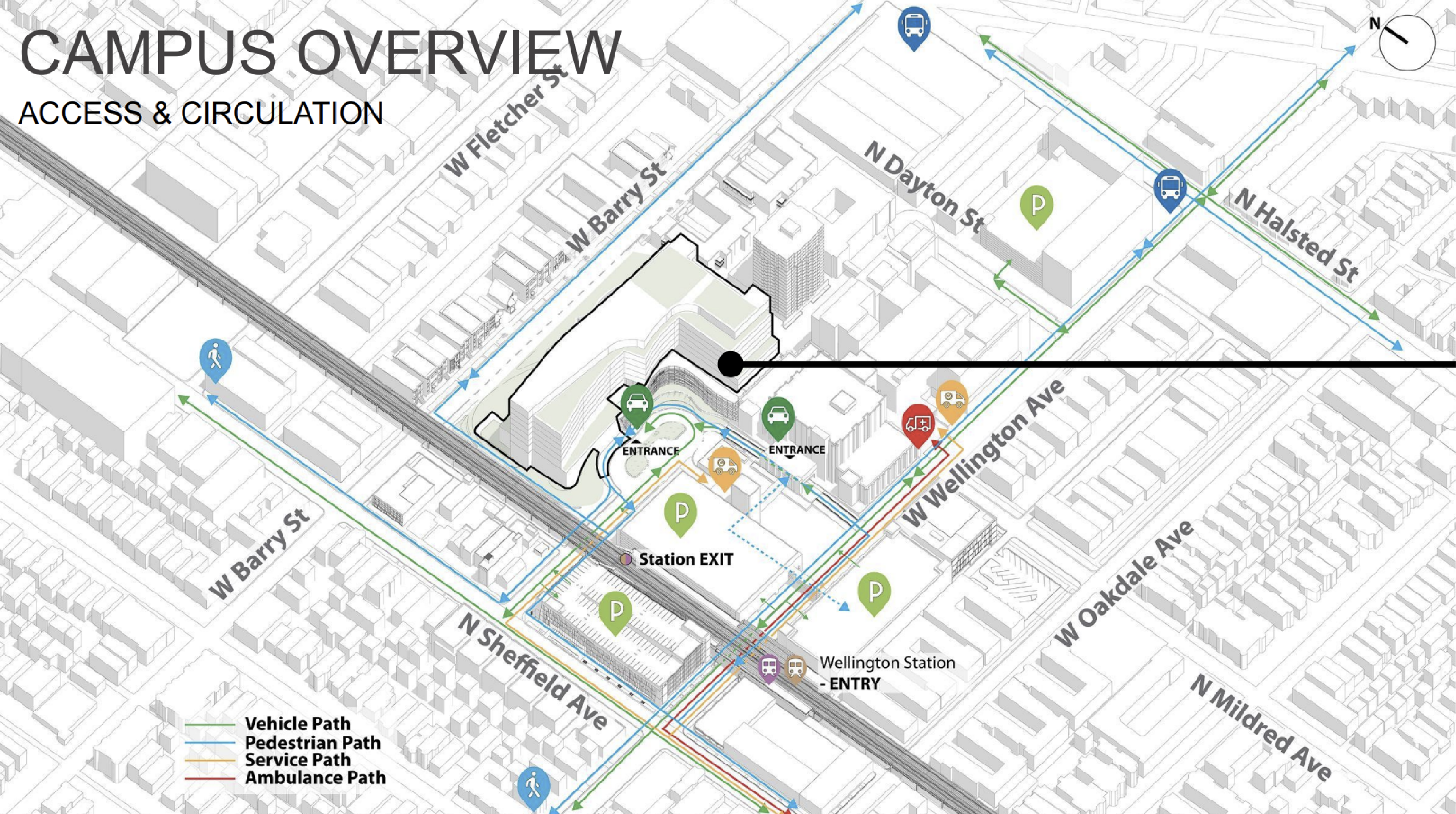 The westward-expanding phase 03A will include roughly 54,000 square feet of outpatient care space and 11,000 square feet of operating rooms. Services offered at the new structure will center around surgeries, breast imaging, as well as cancer and heart treatments. 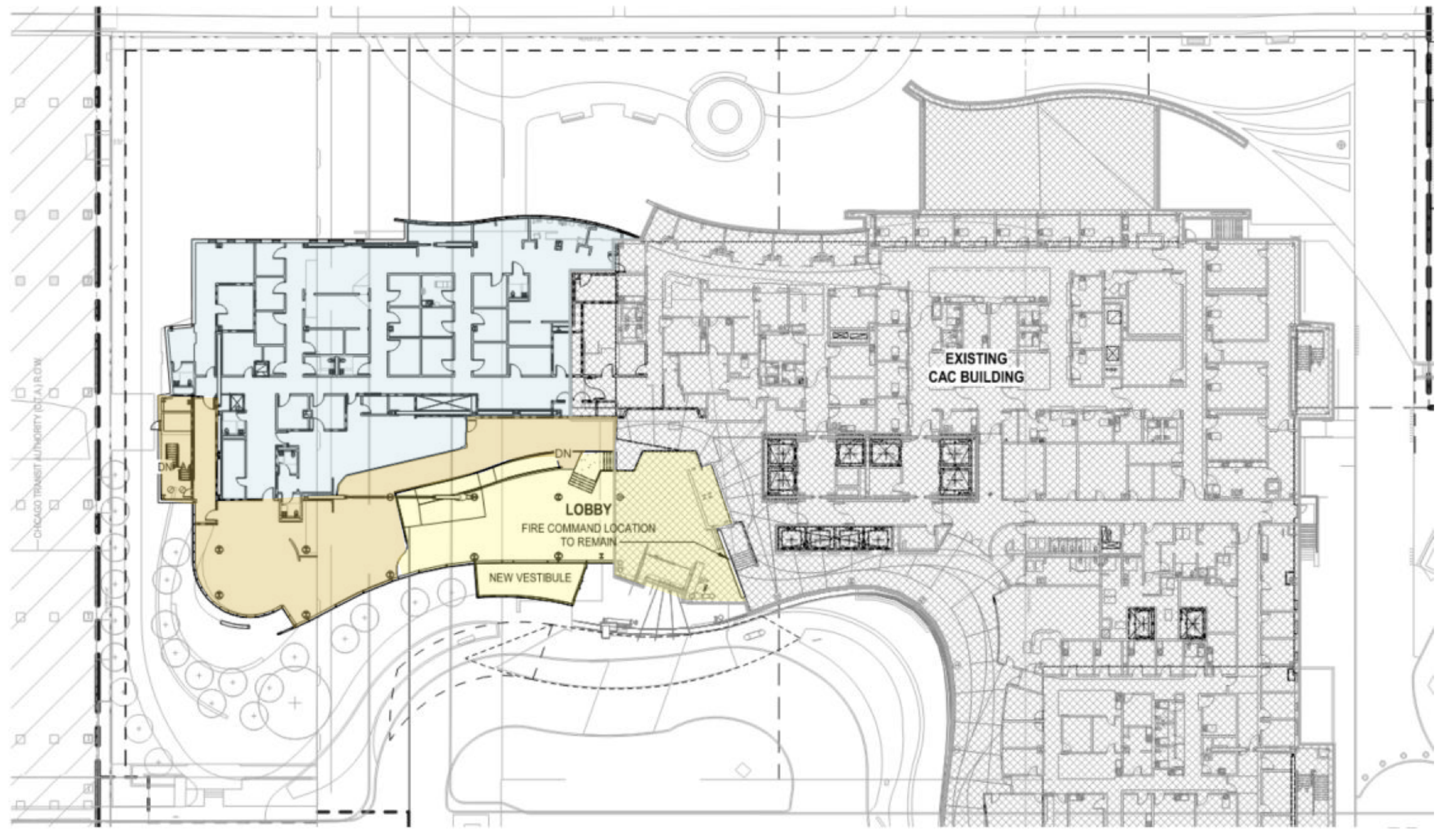 SmithGroup‘s design for phase 03A will rise 150 feet and continue with the architectural style of its adjoining 2015 neighbor. To complete the metal panel and curtain wall-clad building, a new lobby, entry vestibule, and updated landscape will be added. 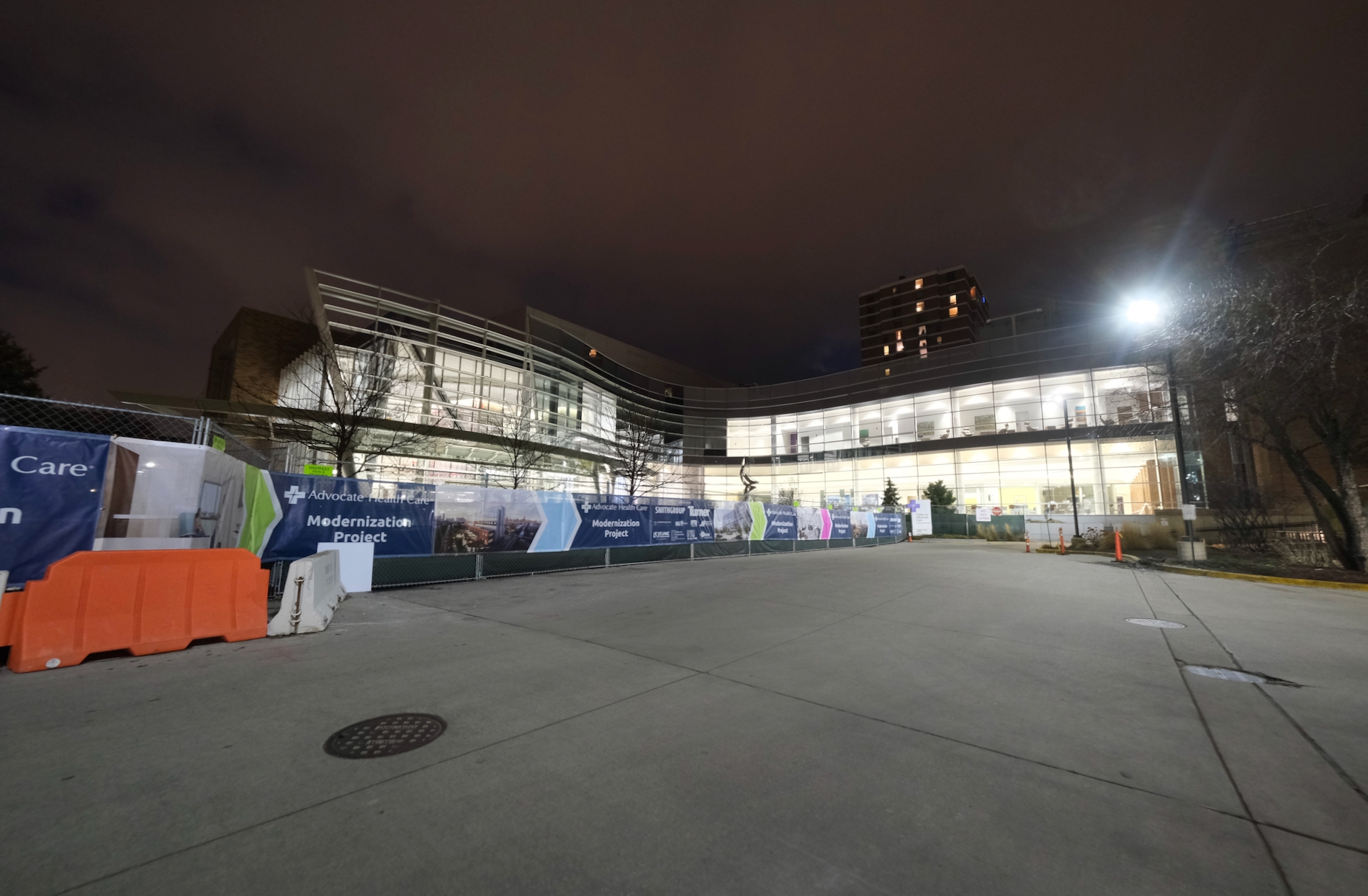 Meanwhile, Phase 03B will entail four stories of added bed space, bringing the total height to 241 feet. This new segment will continue with the metal and glass curtainwall extending from the lower floors while being outfitted with a louvered mechanical penthouse and green roofs. 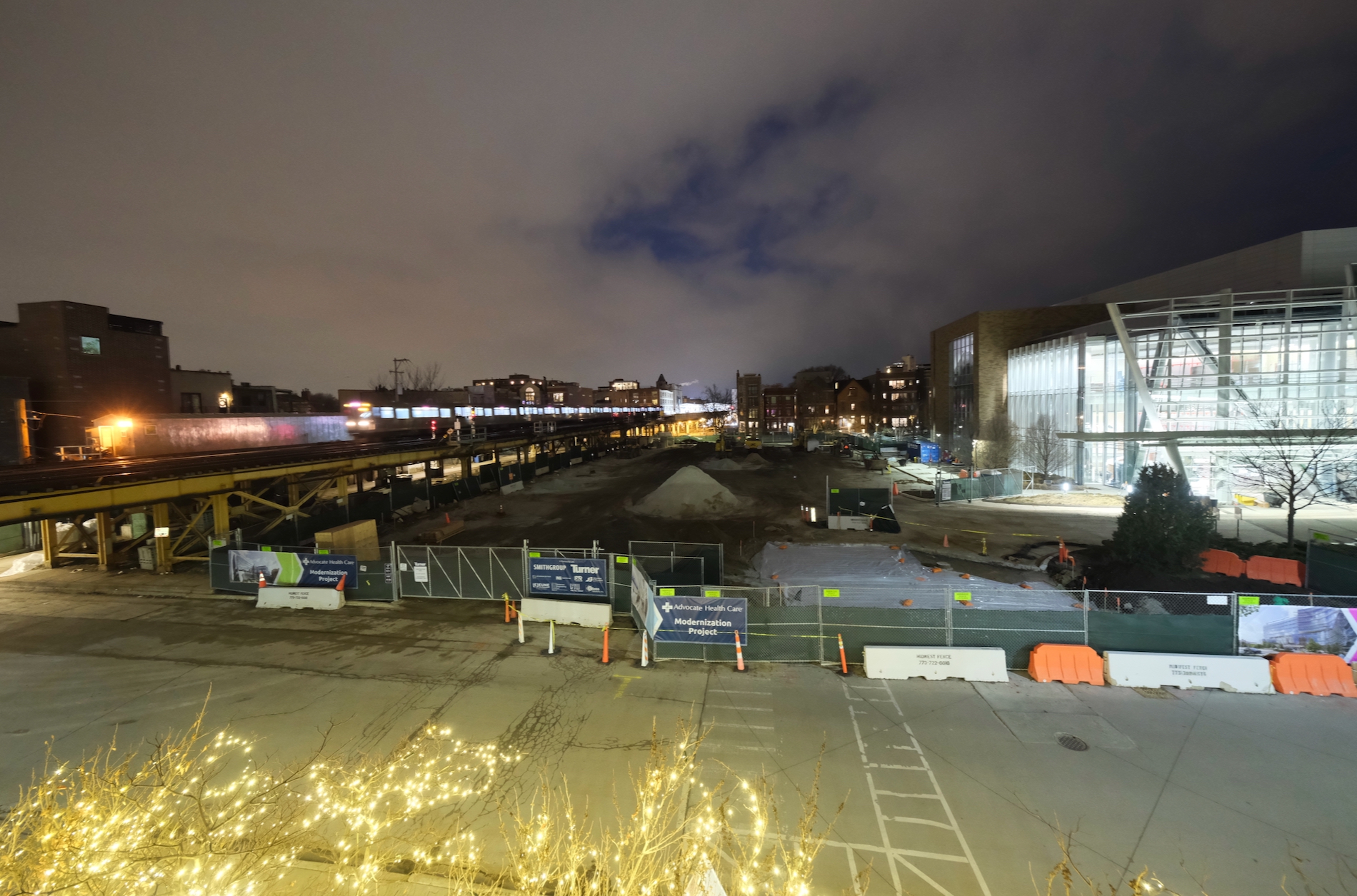 The closest CTA rail service is available for the Brown, Purple, and Red Lines via a five-minute walk from Belmont station. Turner Construction Company is serving as the general contractor, with the entire vertical expansion expected to complete by 2030.