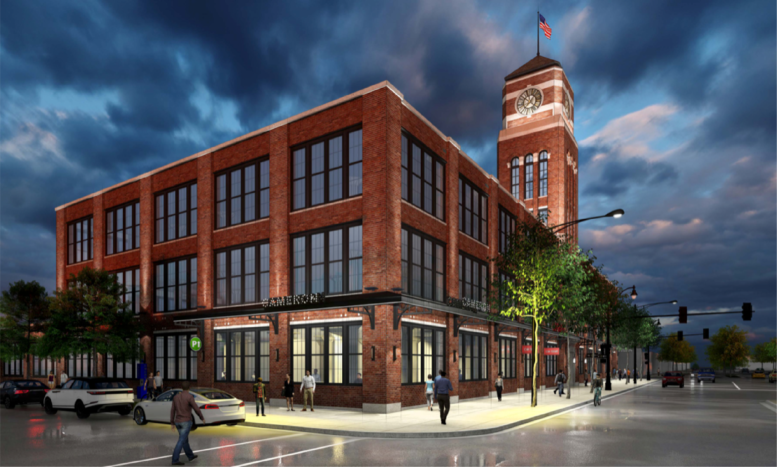 The Chicago Community Development Commission has approved initial funds for the redevelopment of the structure at 240 N Ashland Avenue in the West Loop. Located on the southwest corner with W Fulton Street, the famed clocktower building has sat vacant for a few years and is being proposed to become the new home for local incubator mHUB. The non-profit company themselves is behind the efforts, and while no architect has been revealed for the project, a few renderings have also been revealed. 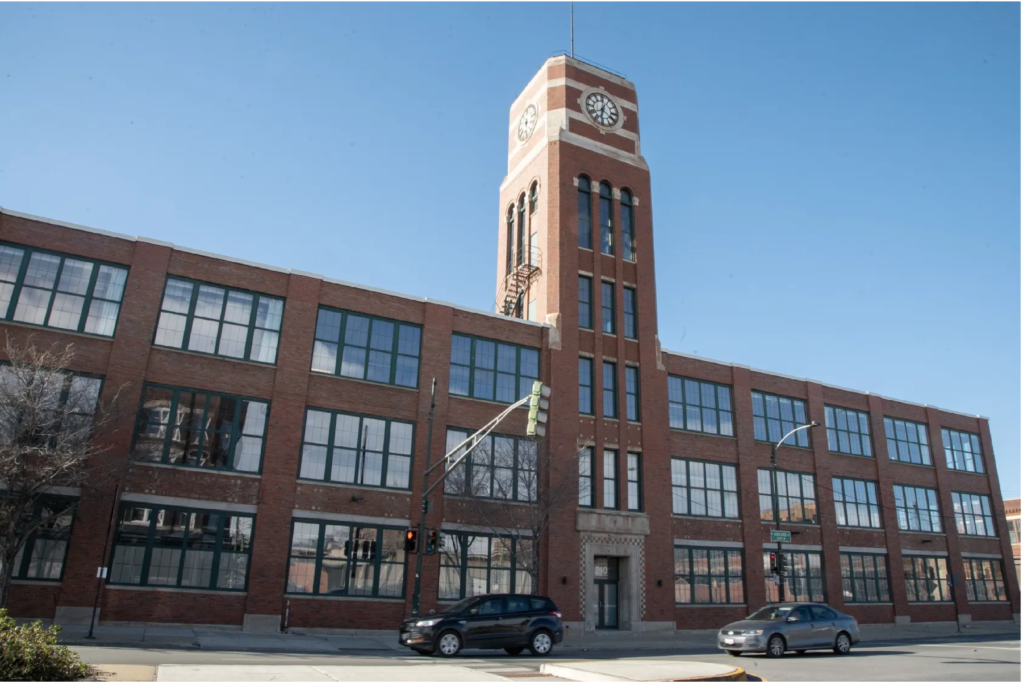 The Thielbar and Fugard designed Prairie Style-Cameron Building was built in 1926 and served as a manufacturing plant for many years for the Cameron Can Company, before becoming the headquarters for Crate & Barrel’s CB2 until 2019. Now mHUB is looking to leave its current 63,000-square-foot location at 965 W Chicago Avenue in River West and purchase the 80,000-square-foot historical site, as their current lease expires by next year and rents skyrocket. The manufacturing focused start-up incubator has led to 410 patents, 3,900 new jobs, and millions in raised capital for its companies.

mHUB will spend roughly $32 million to buy the property and around $14 million to convert it for its needs. This will provide a new space for its nearly $6 million in prototyping equipment, 10 labs, microfactory, and more that host over 50 entrepreneurial and technical classes for over 600 members. The approval will grant them $17.5 million in Tax Increment Financing (TIF) from the Kinzie Industrial Corridor along with $9.5 million in state funds to execute their vision for the three-story building, including restoring the clock tower above according to Crain’s Chicago. 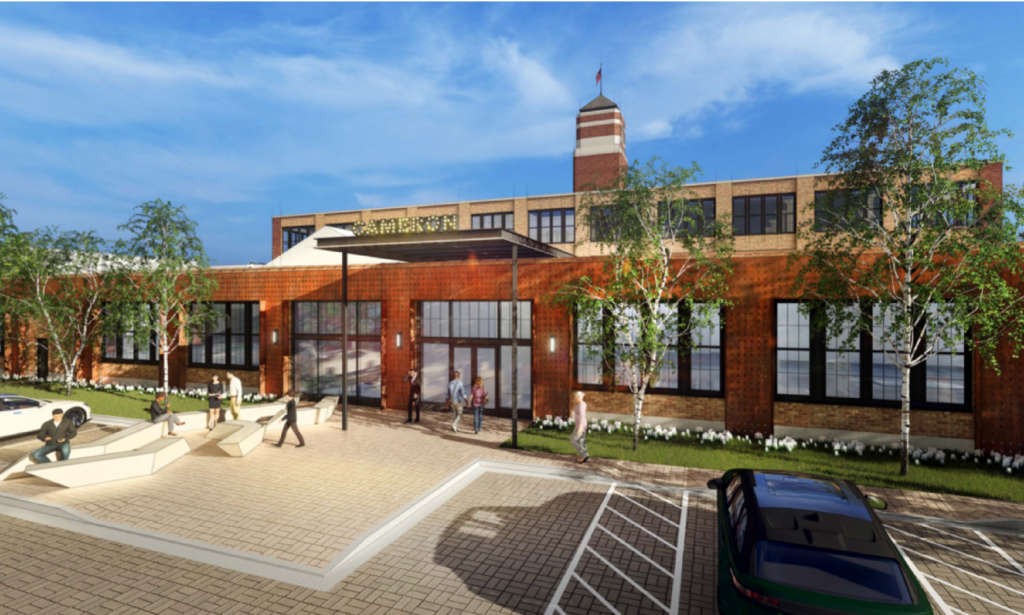 The move will mark a new beginning for the area which has lagged behind the rest of its West Loop counterparts, and help diversify the local economy and bring more of the manufacturing tech innovation that put Chicago on the map. The rest of the funding will come from various other resources including some loans, and while no information has been revealed on the start of construction for the project, an anticipated completion date of late 2023 was announced in hopes of moving the incubator in prior to their other lease terminating.