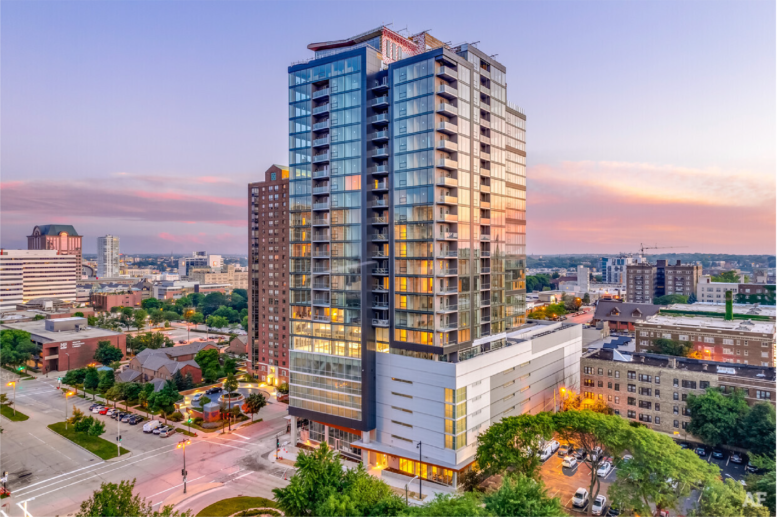 Image of a completed Ascent Milwaukee via Apartments.com

Chicago YIMBY continues our Sister Cities series covering projects across the Midwest with a newly completed building in our closest neighbor city, Milwaukee. The predominantly residential structure at 700 E Kilbourn Avenue in the heart of downtown has become the world’s tallest mass-timber structure, placing the city at the heart of the discussion of future construction technologies. Developers New Land Enterprises and Wiechmann Enterprises partnered with architecture firm Korb + Associates on its design and Thornton Tomasetti on its engineering. 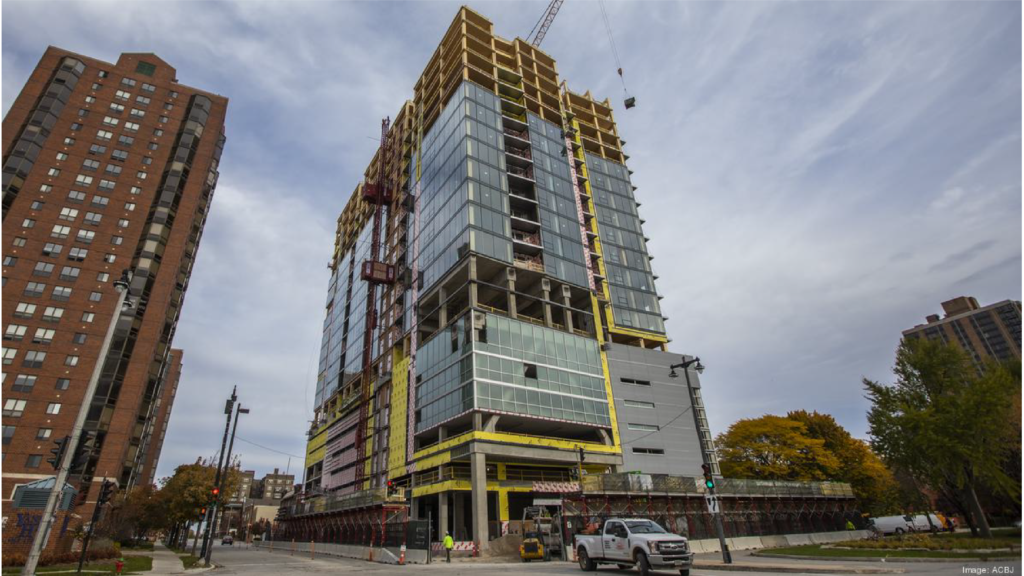 Construction of Ascent Milwaukee via The Business Journal

Dubbed Ascent Milwaukee, the project is revolutionary not only for the Midwest but the whole nation, using a mix of materials with a concrete podium and timber tower above. We recently covered permits on Chicago’s first modern mass timber building within the North Union megadevelopment as well as the proposed nine-story residential tower in Lincoln Park, both much shorter than Ascent. However it wins its title by only a handful of feet above similar structures in Norway and Vienna where the material has been in play for longer. 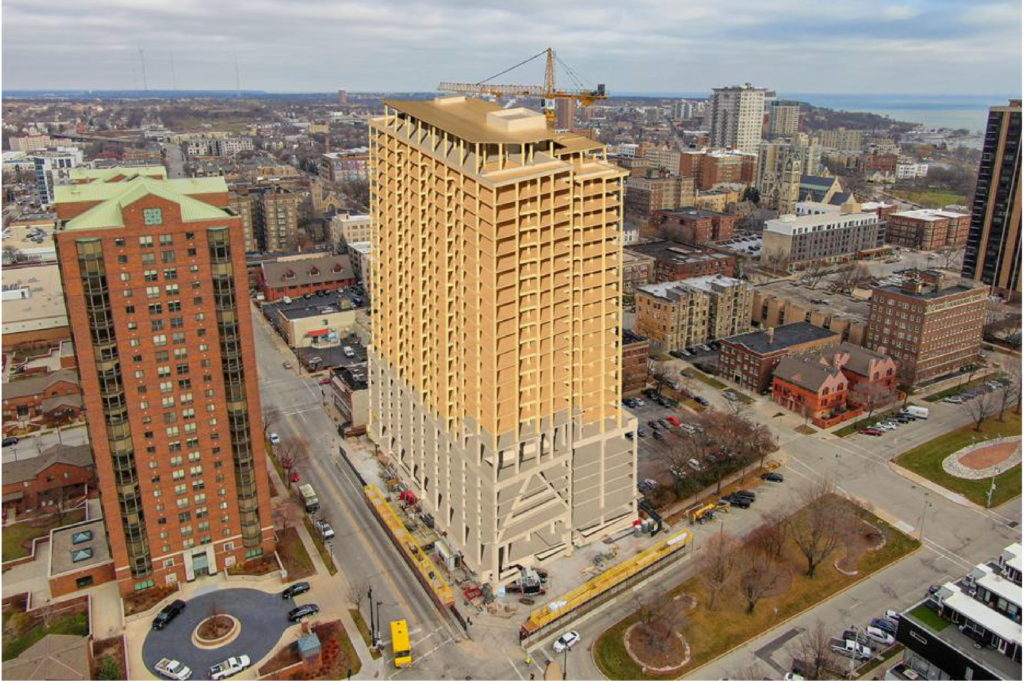 Mass timber isn’t a new technique, but it has faced an uphill battle due to strict codes especially in the Midwest that limit slab-to-slab heights, total building heights (roughly 80 feet in Milwaukee), and more. This caused Ascent to have a two-year long permitting process as it rewrote many of the codes fresh off of a 2017 study showing that while wood may char on the outside during a fire, its structural integrity remains and matches that of other materials. The exposed wood also plays into people’s desire to be integrated with nature, or biophilia. 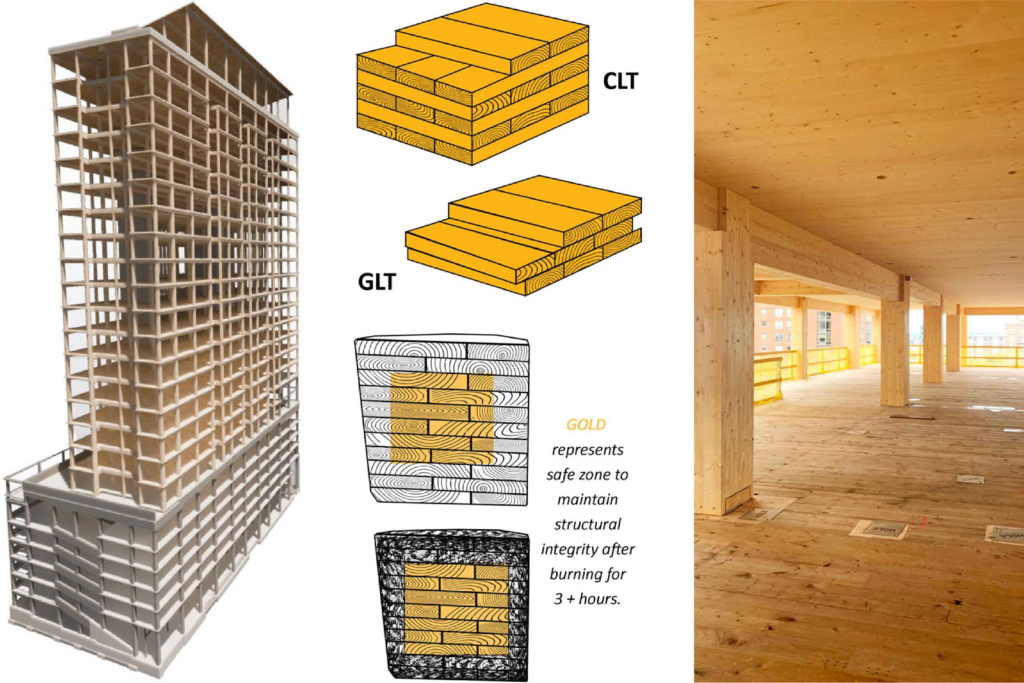 Built like a puzzle, the main pieces of the structure are all prefabricated off-site in a process that uses glue to laminate sheets of wood together in different directions. While it costs more as a material, it overall saves money as Ascent required 90 percent less vehicles and 75 percent less workers than similar projects while also being completed in a quarter of the time. The decrease in overall weight also allows for savings by requiring less robust foundations and smaller pieces towards the top, though requiring unique hardware like 30-inch long screws. 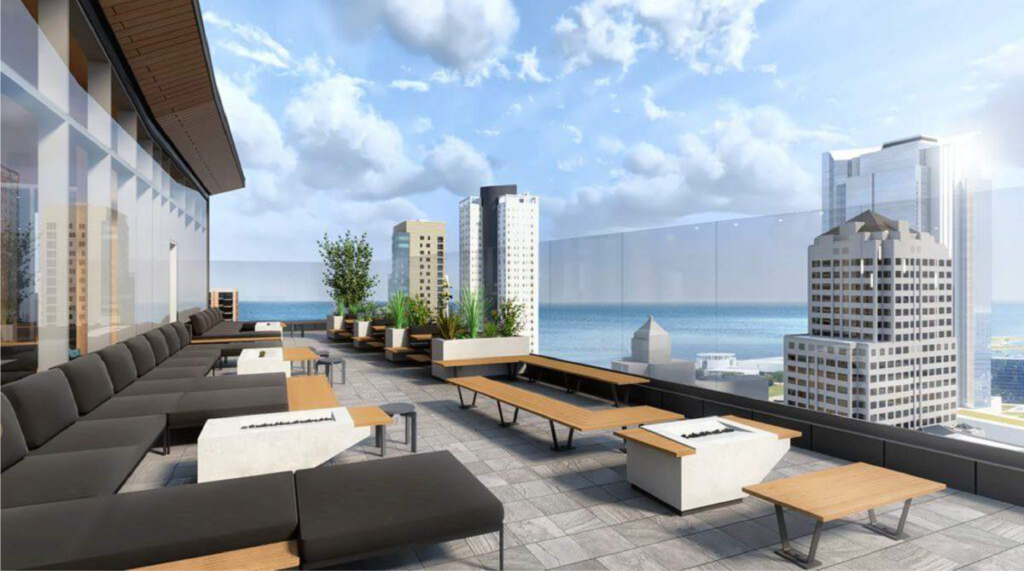 Rising 284 feet tall, the 25-story building features a lobby, a dog run and grooming station on its first floor with five stories of parking above made of concrete. The seventh floor offers a large outdoor deck, pool, sauna, gym, and more, but this is also where the concrete ends. From the seventh to 25th floor timber sourced from Europe takes over, holding 259 residential units along with a large coworking and amenity space flanked by two rooftop decks on the last floor. 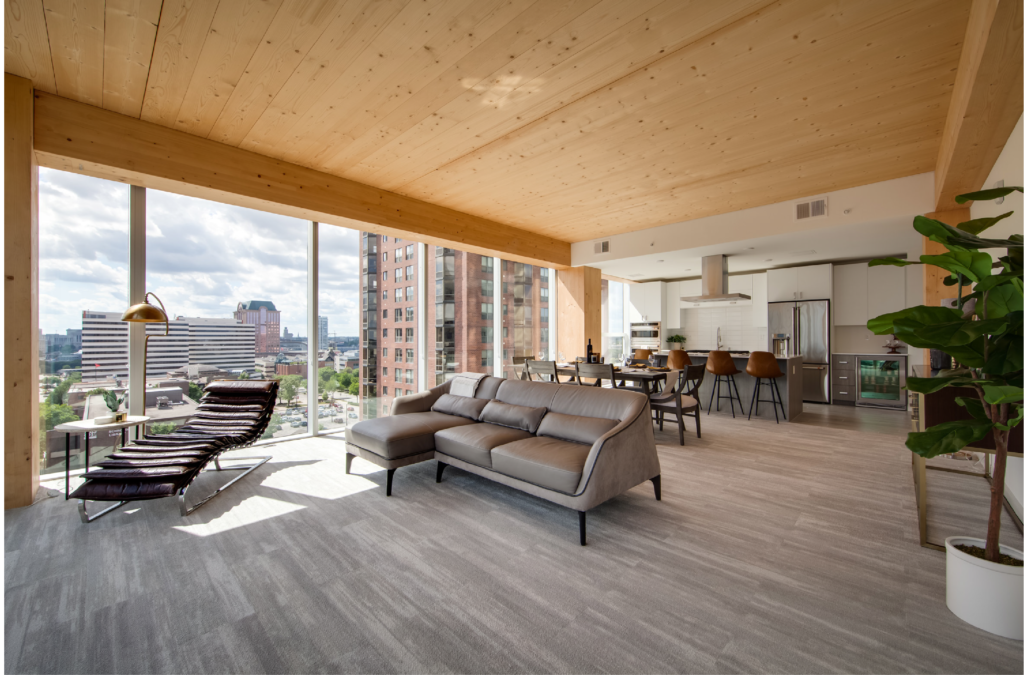 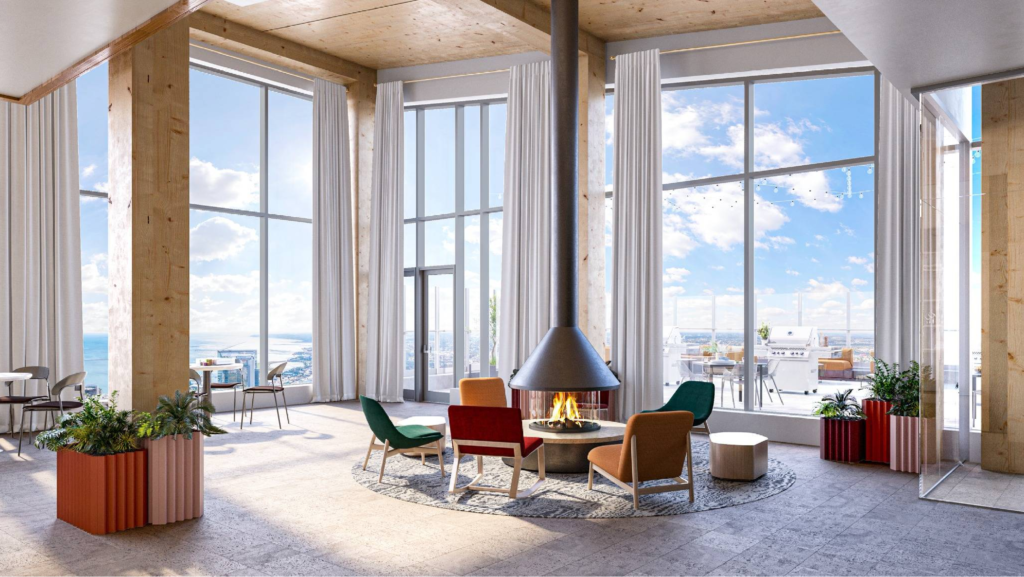 The $128.2 million project contains 80,000 cubic feet of glue laminated timber and 336,000 square feet of cross laminated timber within its 488,000 square feet of space. Although taller projects have been proposed both in the United States and Canada, Ascent proves that the desire for more eco-friendly design is alive and well in the Midwest as is the innovation required to make it happen.