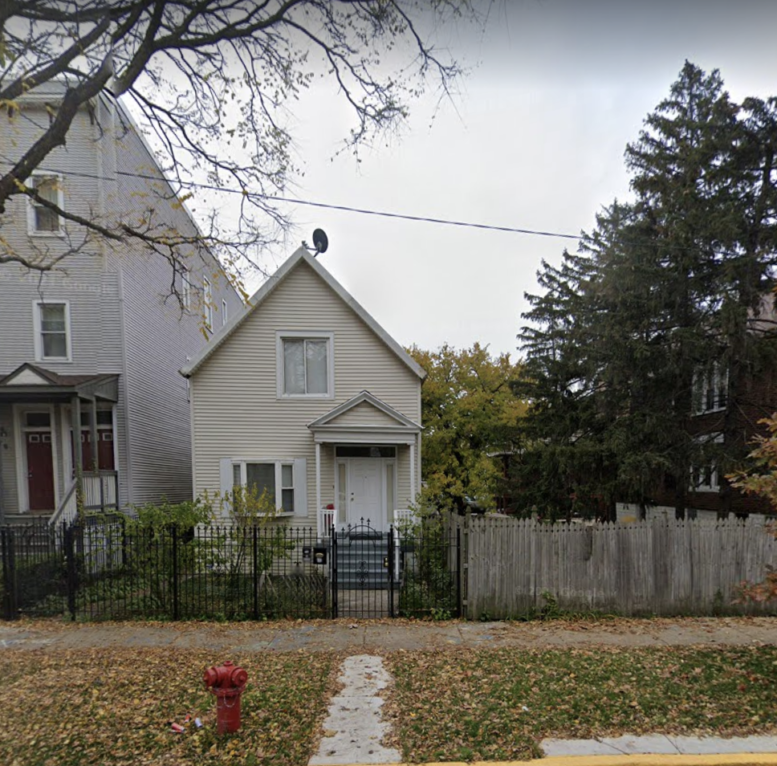 A new permit for construction was issued yesterday for a multi-unit residential building at 2030 N Spaulding Avenue in Logan Square. The permit’s owners are listed as 2030 North Spaulding LLC, and plans show this will be a three-story masonry building containing two residences and a basement. Plans also indicate that there will be a roof deck and rear porches on each level, as well as a two-vehicle garage behind the building. The property will feature mixed-medium fencing throughout. A permit was issued on August 5th to remove the existing structures on the property site.

Prashanth K Mahakali of PMPC Architects is listed as the architect of record. No plans have been made public at this time, but this will be a masonry building.

Bachula Development Inc will be acting as the general contractor for this $400,000 build. Given the recency of demolition permits issued for the existing building, it is likely that construction will begin soon.