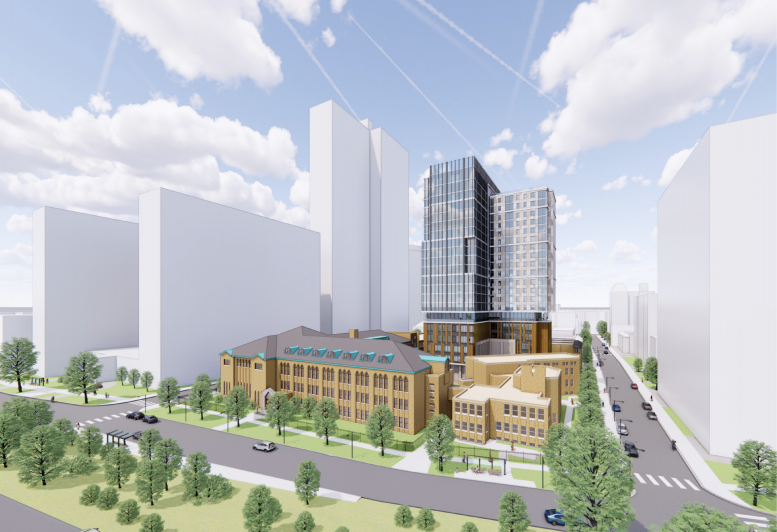 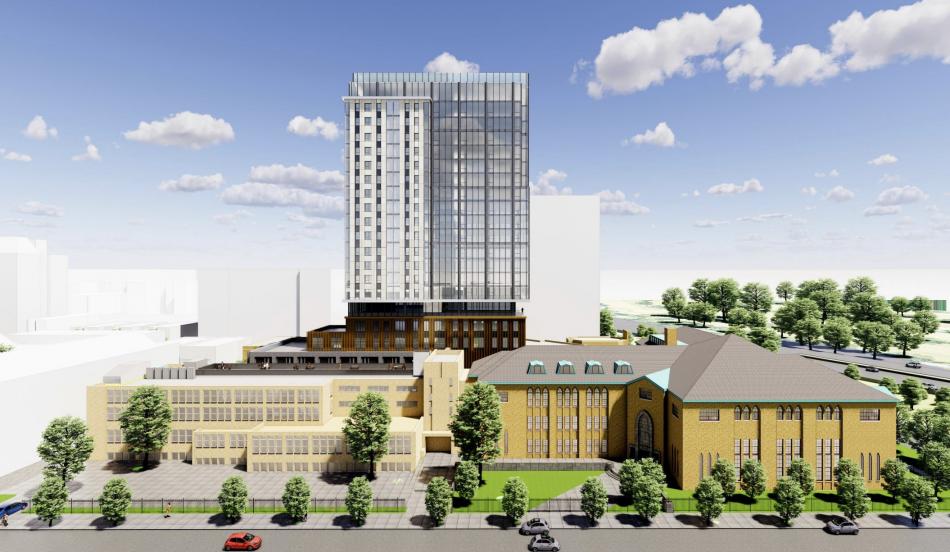 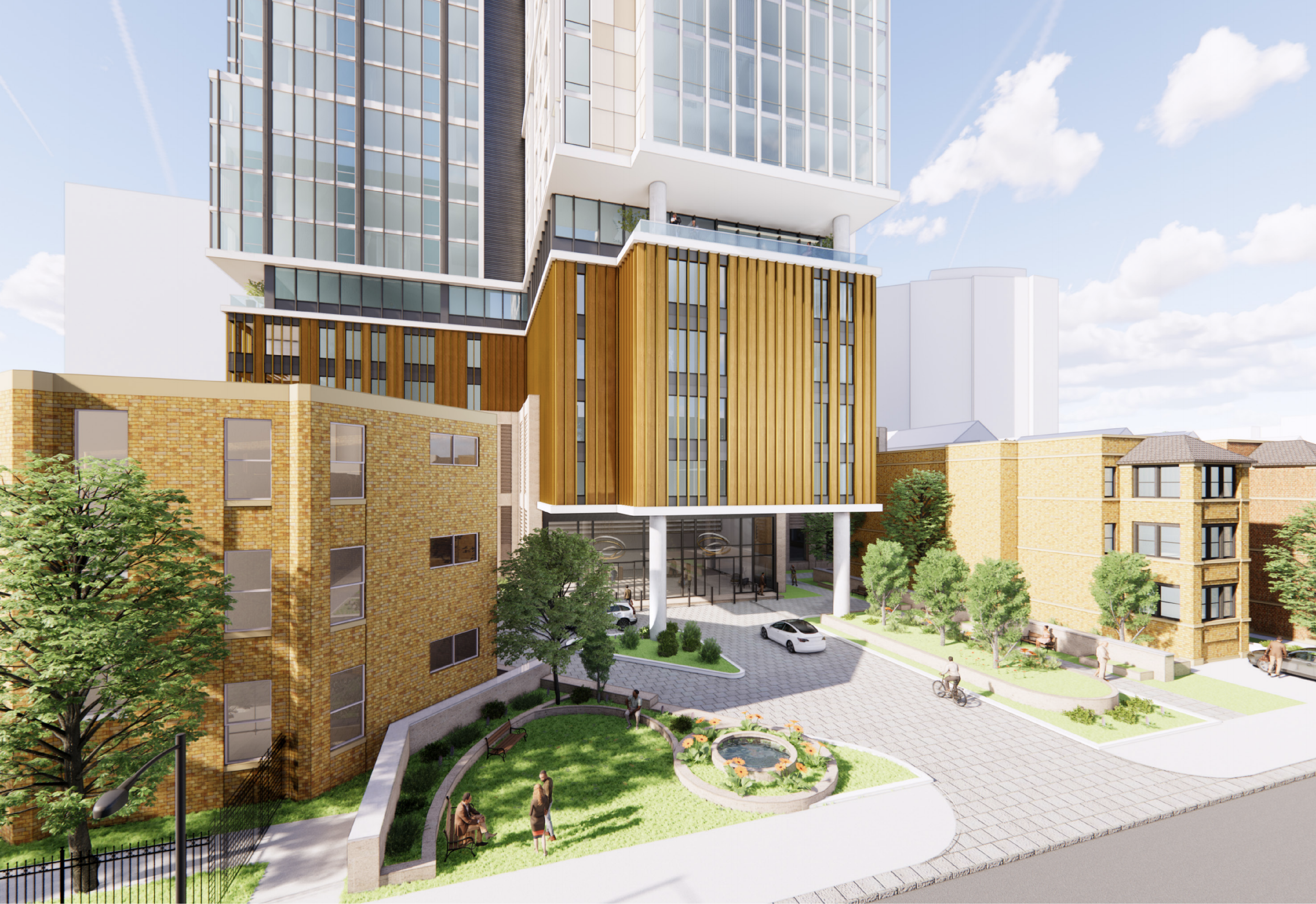 As previously reported, the existing school building was designated a city landmark in 1983 and will be incorporated into the development. The school will be converted into an additional 245 apartments. Level Architecture will oversee this conversion of existing space, and plans for a mix of mostly studios and one-bedrooms and five total two-bedroom configurations. Twenty percent of the overall unit count, or 49 units, will be designated as affordable. 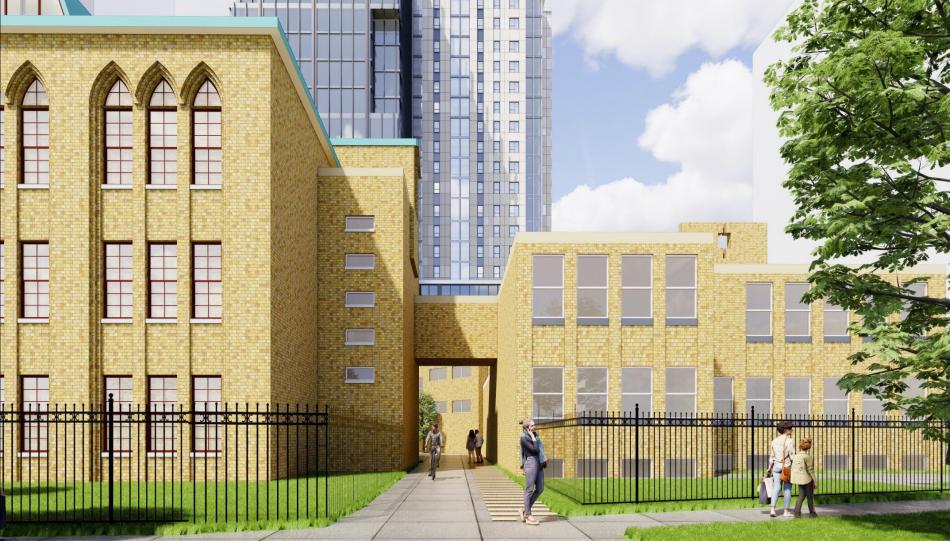 The project will yield a 22-story senior living high-rise headed by Perkins Eastman and will contain 192 total units. Of these units, 108 will be independent living units, 32 memory care units, 60 assisted living units, and 98 total parking spaces at the building’s rear. Of the unit count, 20 units will be offered at affordable rates.

The reportedly $150 million project has secured a slew of approvals in recent weeks. With the determination from the Chicago Plan Commission secured, the project only awaits approvals from the Committee on Zoning and the full City Council.