The Community Development Commission has approved the land sale and Tax Increment Financing (TIF) funds for the affordable commercial-use development at 6204 S Green Street in Englewood. Going by the name ‘Englewood Connect’, the project site is a mix of vacant land and a historic firehouse. The developers on this project are McLaurin Development and Farpoint Development, which were chosen as the winner of the Englewood Invest South/West RFP in March 2021. 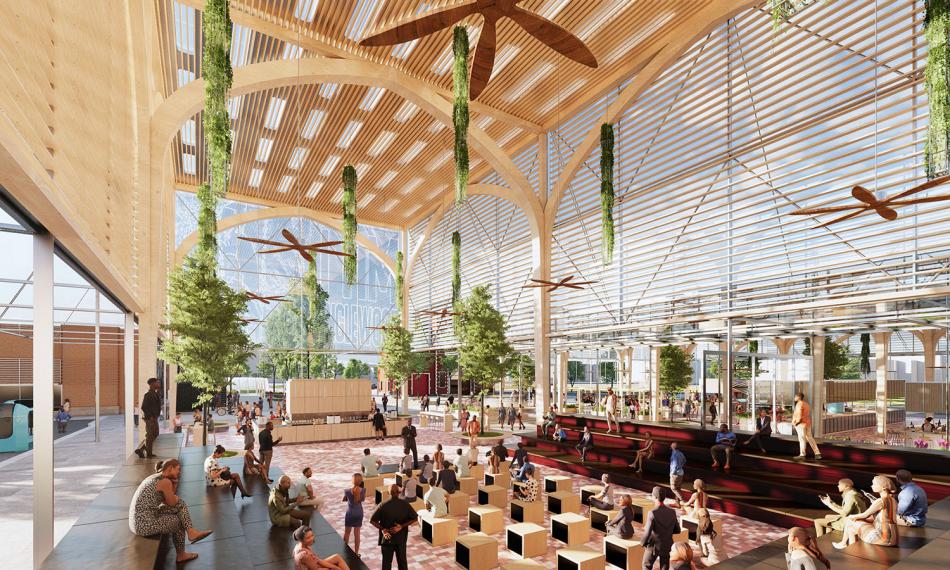 The planned space was designed by SOM and TNS Studio, and they’ve described Englewood Connect as a vision. This site will be an incubator for small businesses and entrepreneurs alike and there will be an emphasis on community access. The new center will generate financial resources by being a center for both restaurants and shops and providing new public spaces that will be accessible year-round. 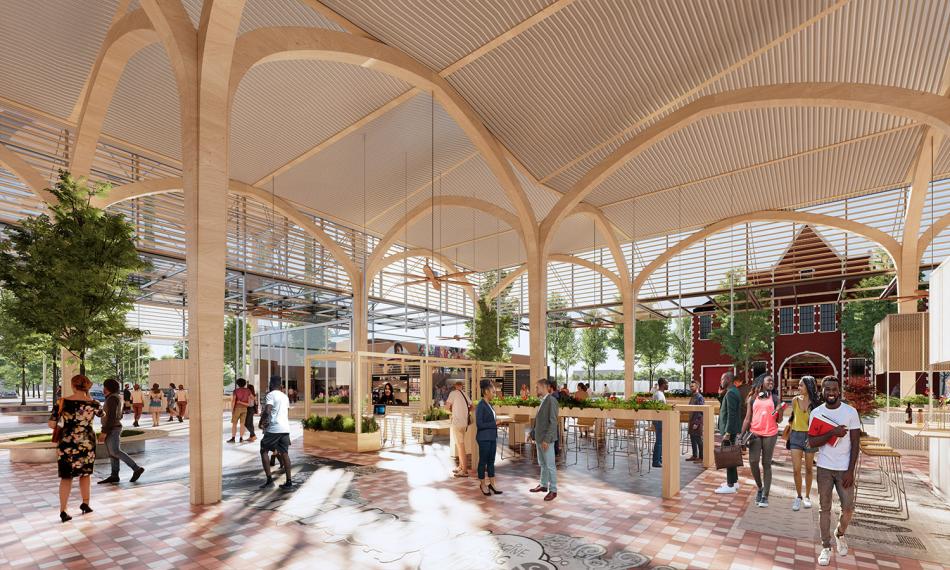 This will be built in phases the first of which will be to restore the landmark historic fire station. Originally built in 1929, the station now sits vacant. The plans will see it converted into a commercial kitchen with attached venue space. The second phase will see the construction of a flexible public space called the “Green Street Commons and the Englewood Living Room.” These sites will house an all-seasons pavilion with operable doors and windows, allowing for fairs and farmers markets, co-working spaces, rotating exhibitions, and other community-enriching events. 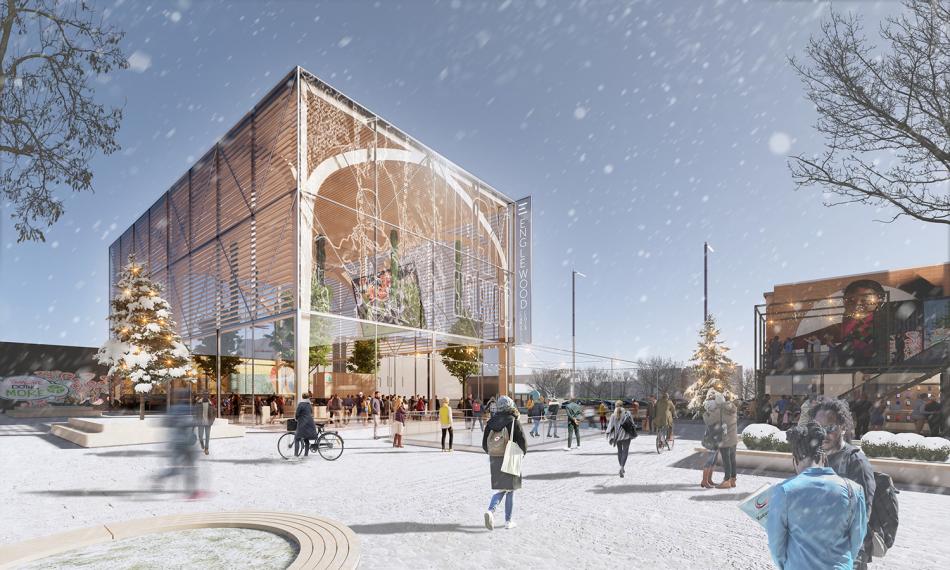 As part of the financial structure, the city will write down the land to just $1. BOWA Construction will serve as the general contractor.