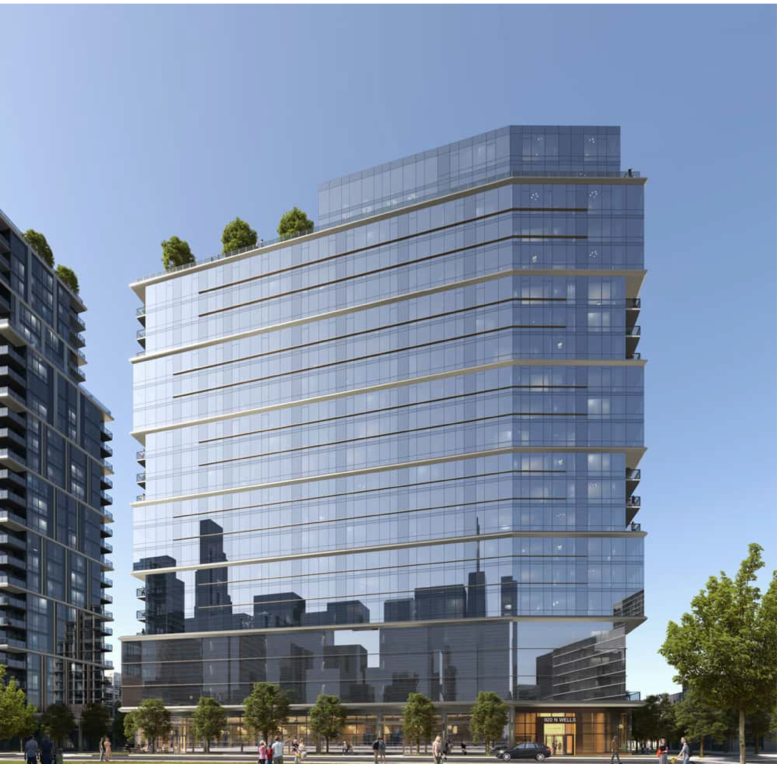 This week, YIMBY had the opportunity to attend the official groundbreaking ceremony for 920 N Wells Street, an 18-story mixed-use building in Near North Side. Developed by JDL in partnership with Square Mile Capital and Intercontinental Real Estate, the project marks the first step in a $1.3 billion development by JDL known as North Union, which will span across 8.1 acres on land formerly owned by the Moody Bible Institute. 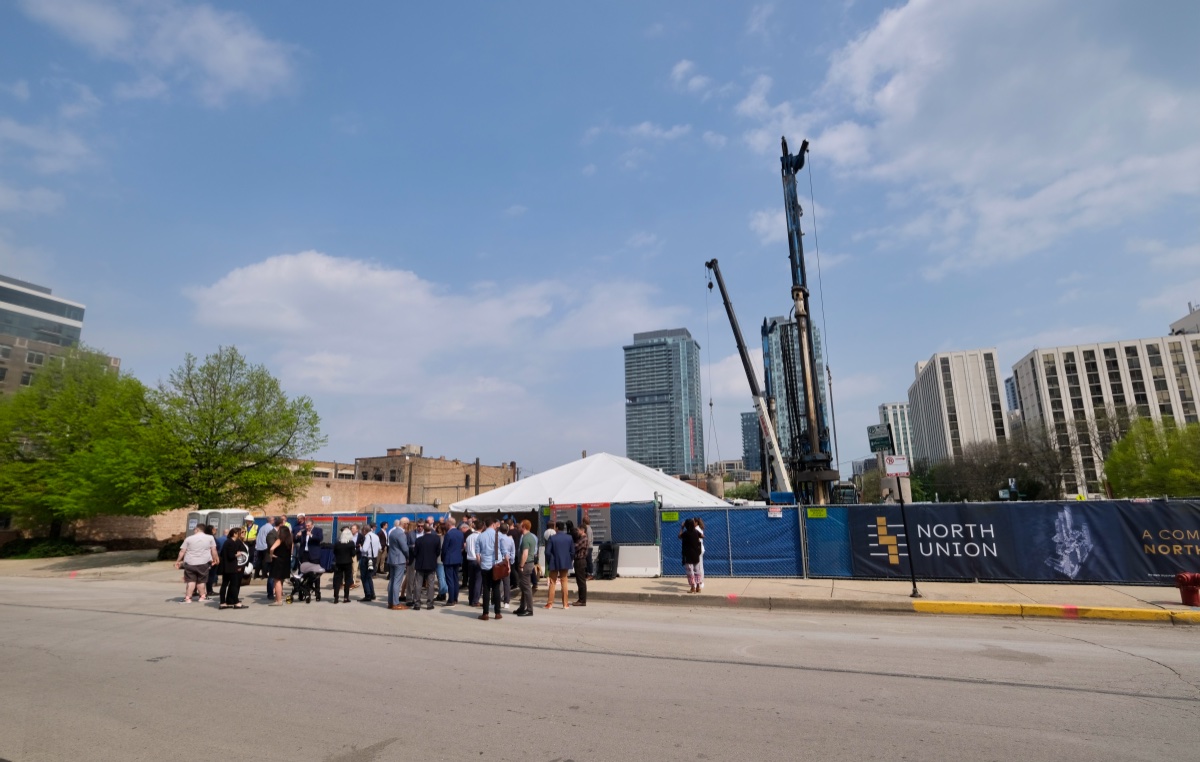 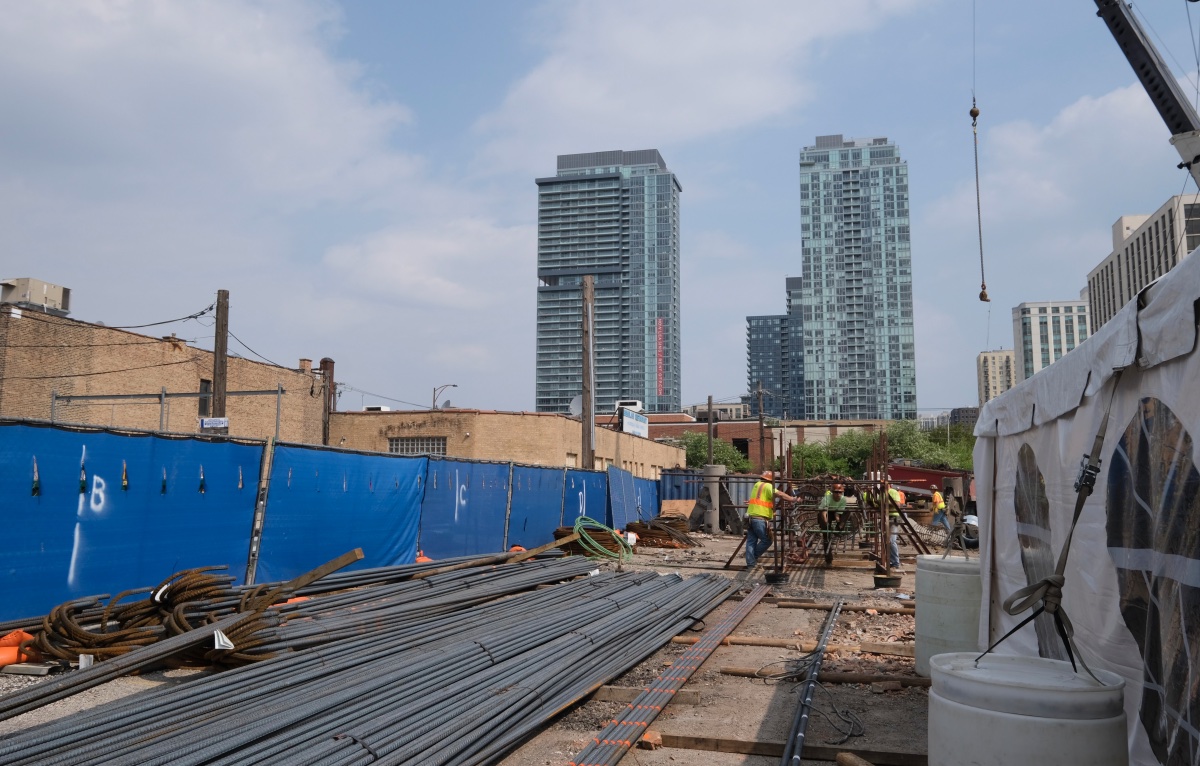 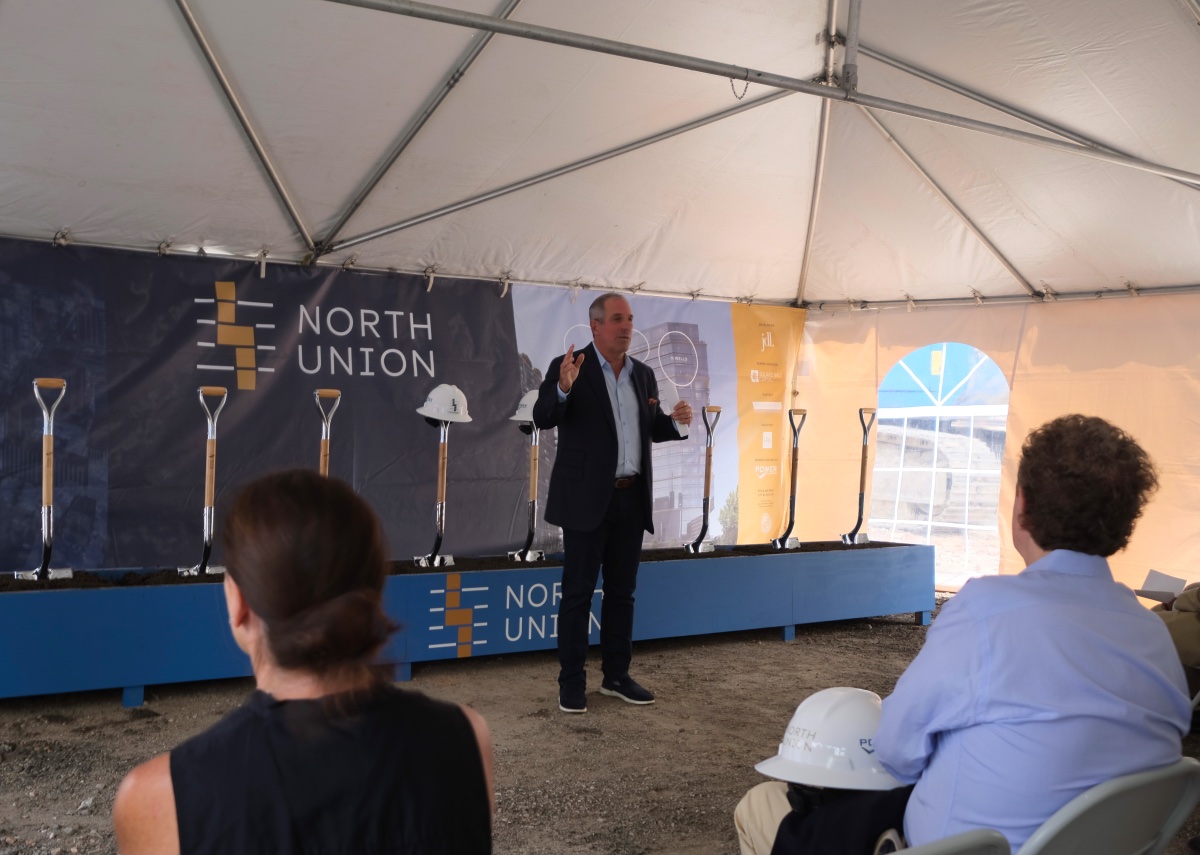 At six million square feet, the overall scheme will provide more than three times the net floor area than its predecessor One Chicago development, located just several blocks south east. JDL’s vision for the project is to essentially build a neighborhood from the ground up, adding a mix of 2,656 residential units, an array of new commercial space, and over 100,000 square feet of public space into Near North Side. As can be seen in the shape of its logo, the property assemblage forms an offset Tetris shape stretching four blocks from Chestnut Street up to Hill Street. 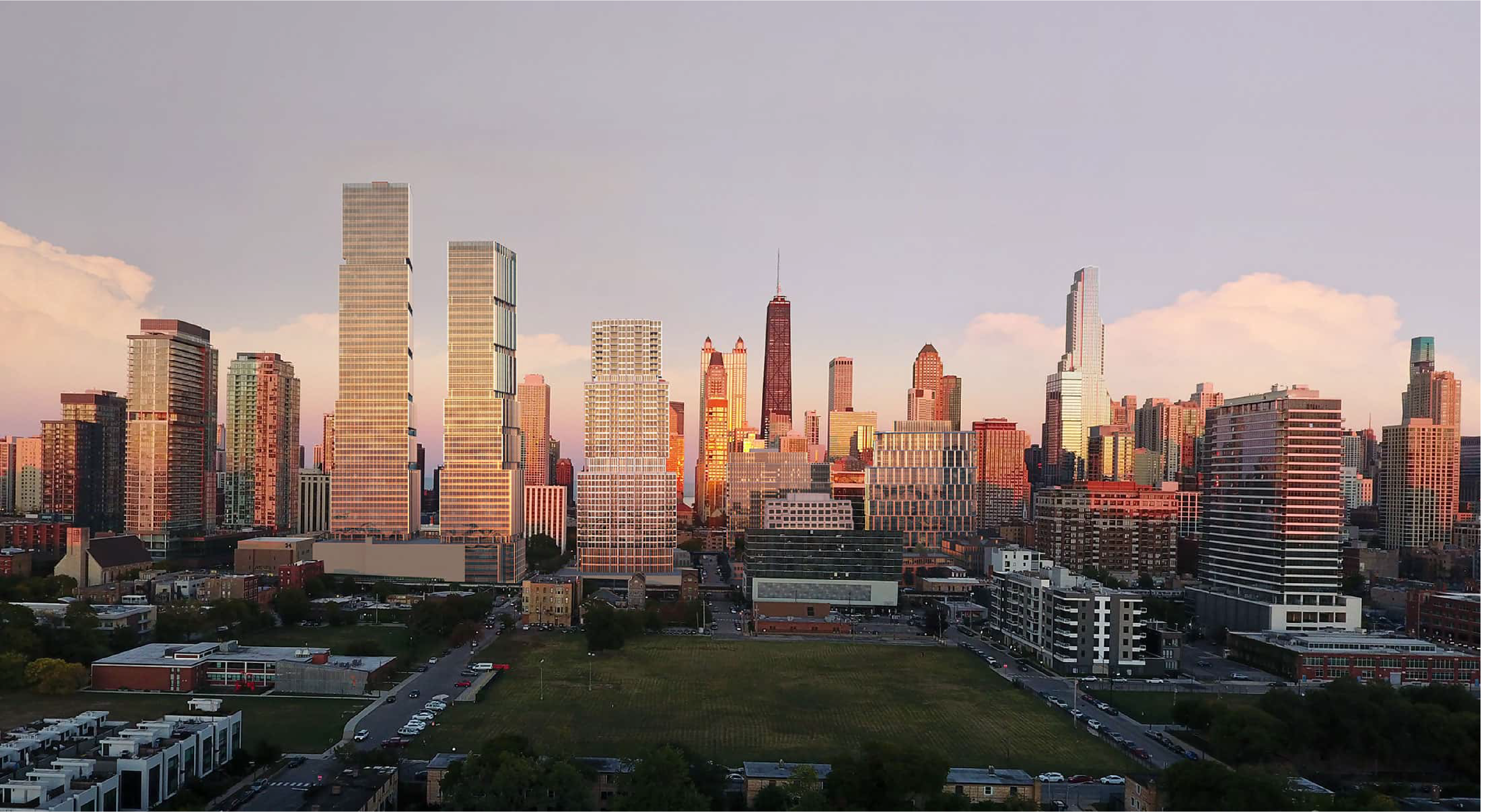 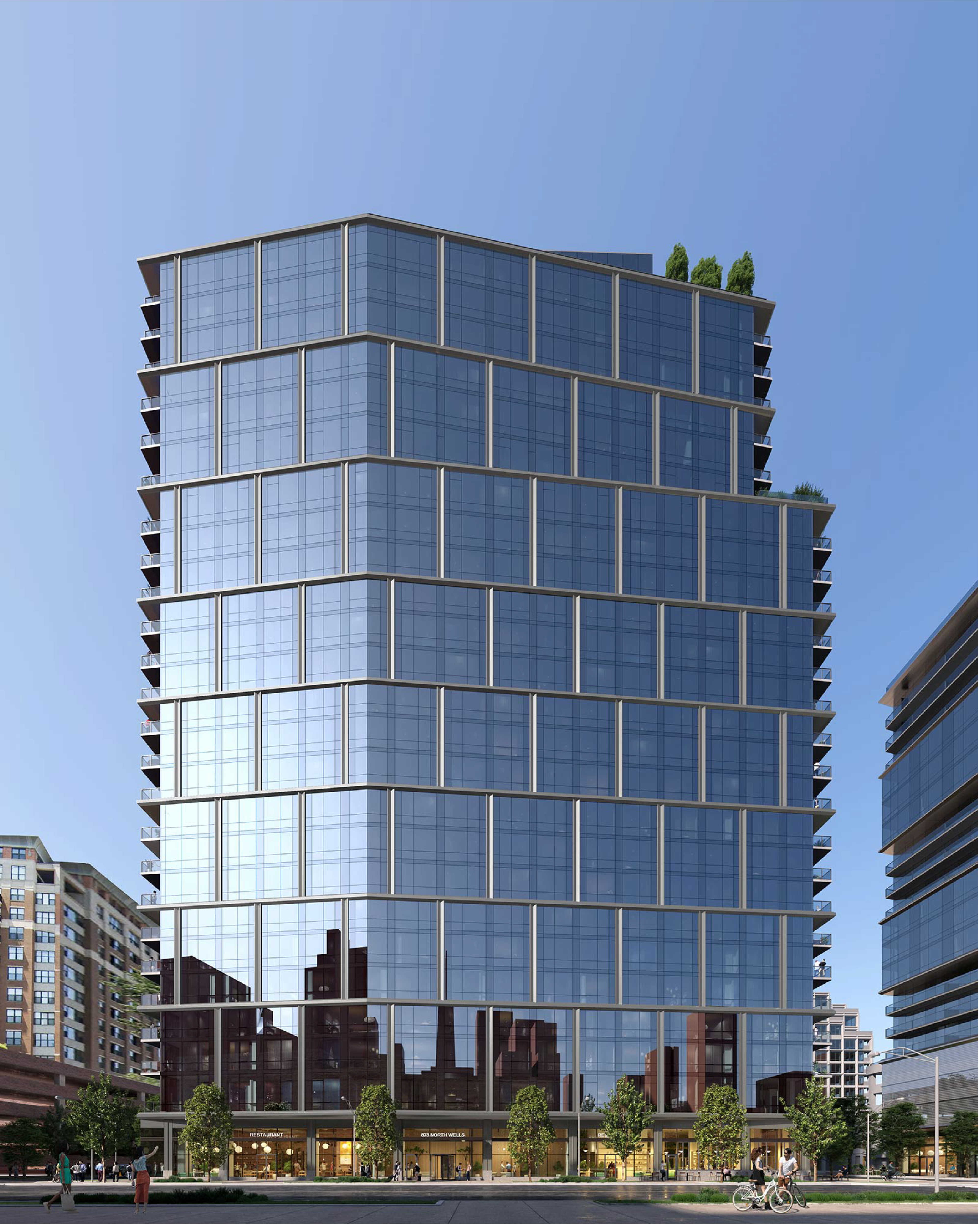 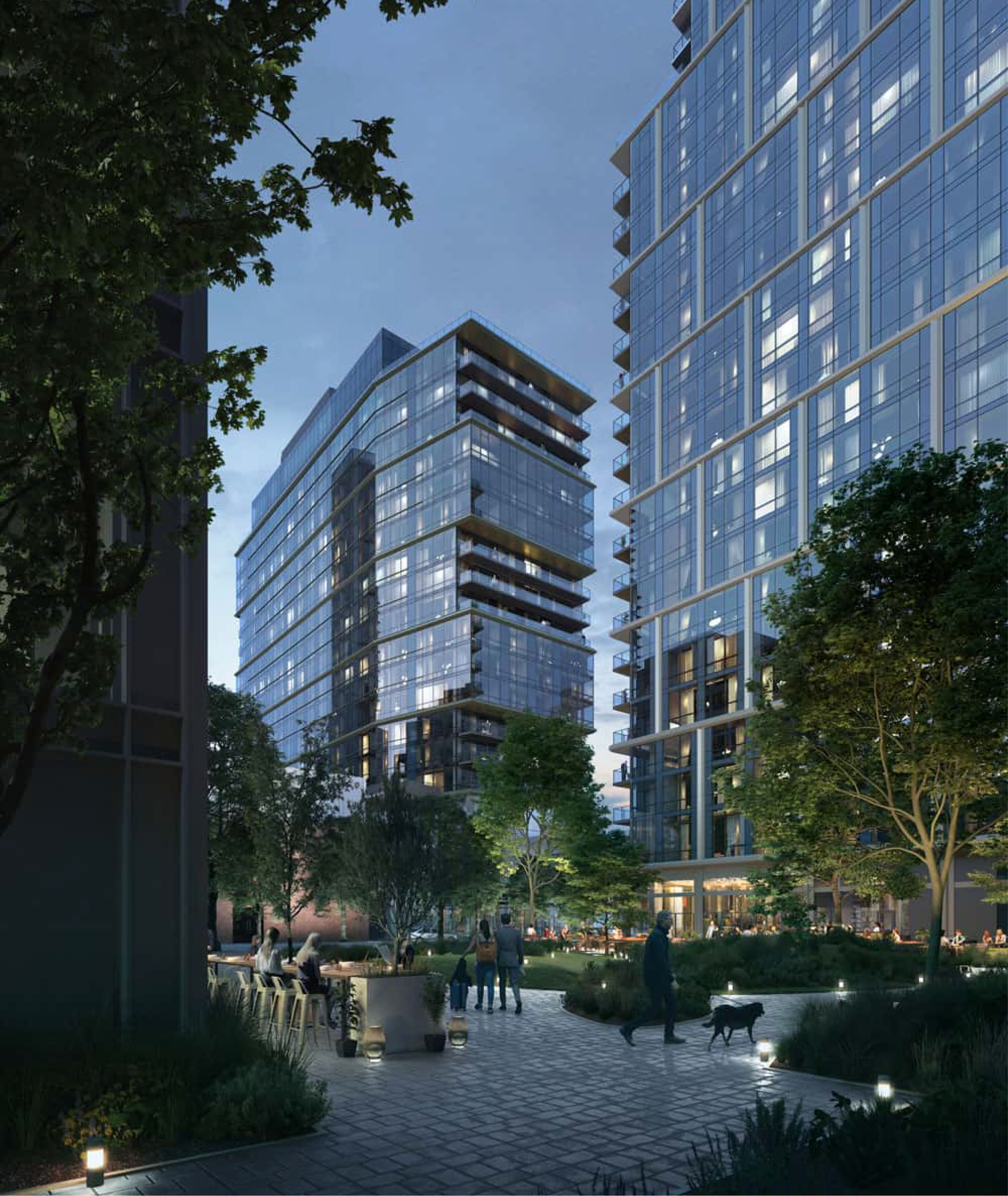 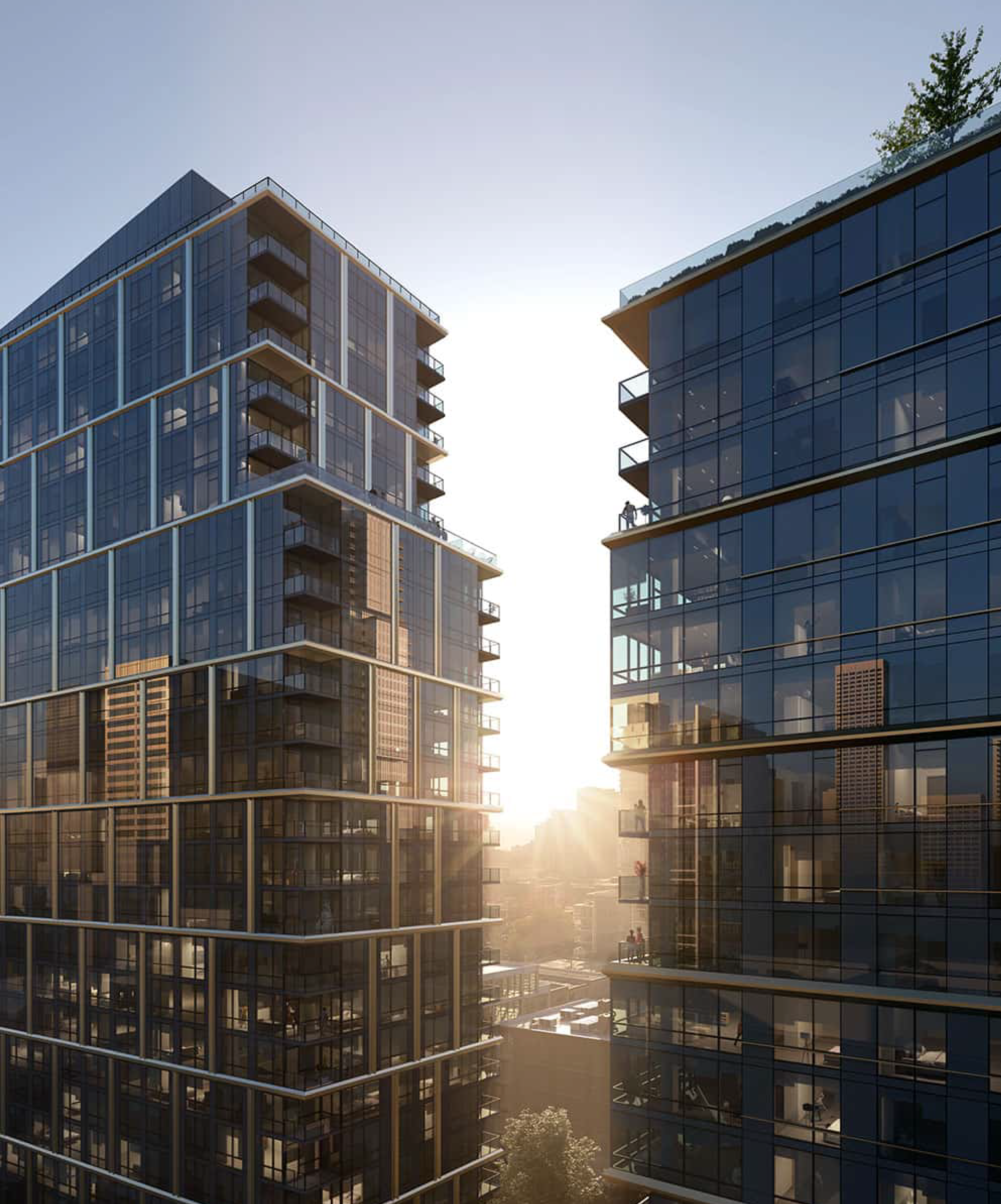 Now underway the first tower will contain 228 rental apartments atop 10,000 square feet of retail space. With Hartshorne Plunkard Architecture behind the masterplan and buildings, the initial 920 N Wells Street consists of an elongated hexagonal massing with interchanging stacks of balconies at its northern and southern ends. The high rise will be wrapped in a glass curtain wall facade with white metal floor slips, capped by an amenity penthouse and rooftop deck. 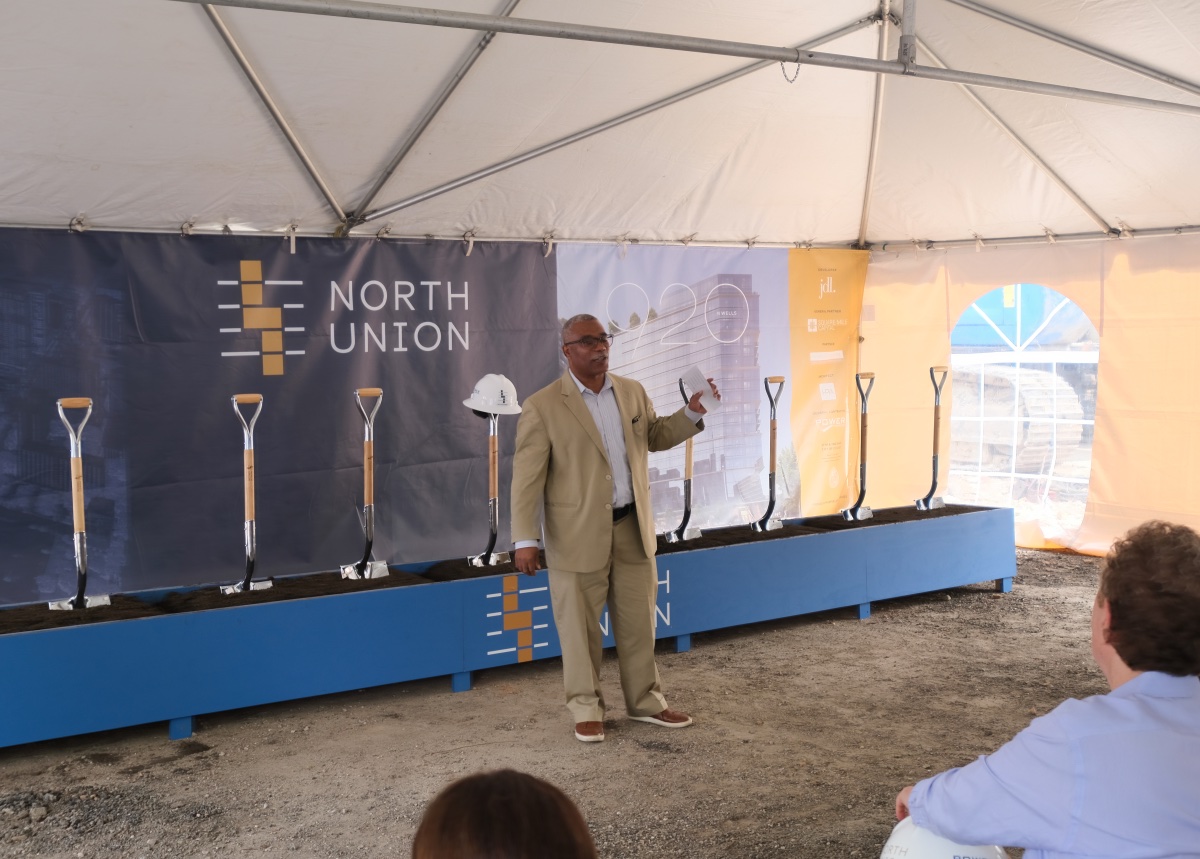 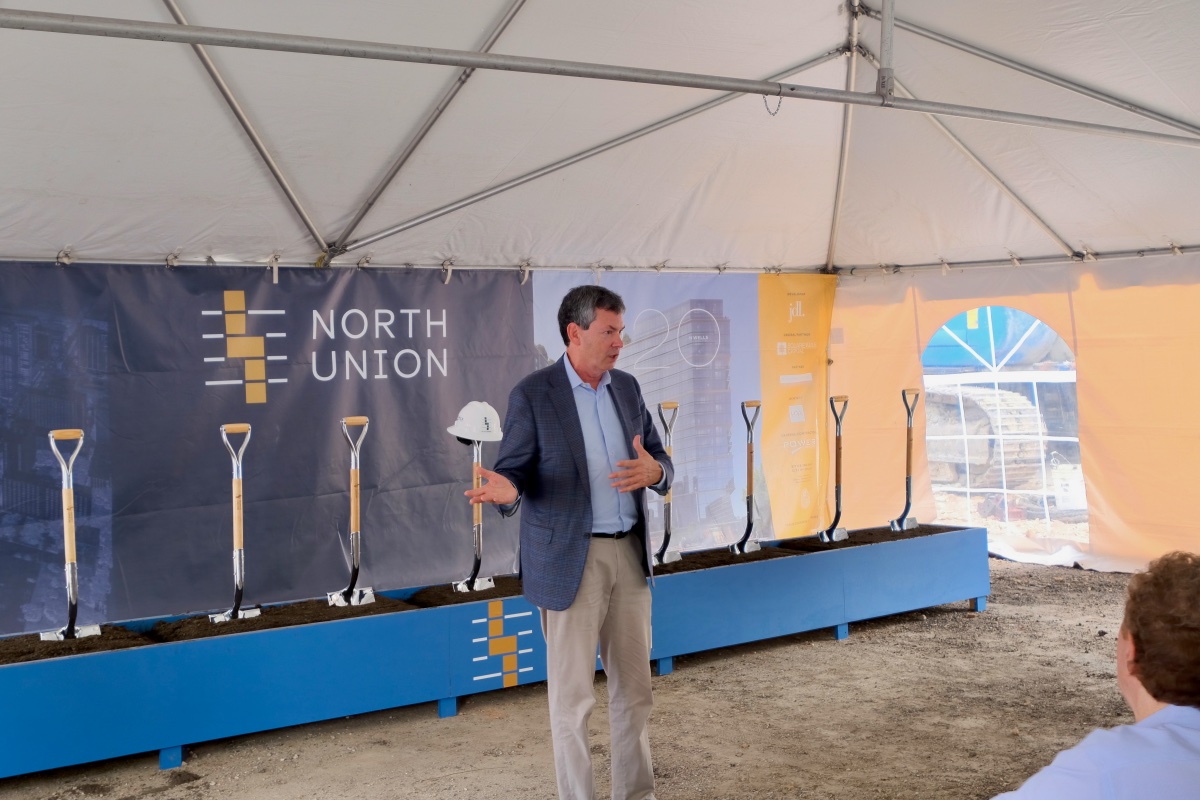 Within the base will be a 105-car parking garage and a bike room with 207 spaces. Other transit options near the site include a Divvy station at the northeast corner, as well as bus stops for Routes 22, 37, 66, 70, and 156 in close walking distance. Also nearby are both the Brown and Purple L Lines at Chicago station, via a seven-minute walk south. Next closest L service is the other Chicago station for the Red Line via an 11-minute walk southeast.

Trailing closely behind 920 N Wells Street will be North Union’s second building at 868 N Wells Street, set to stand 25 stories and offer 428 apartments and 12,000 square feet of ground-level retail. With Power Construction as the general contractor, both towers are currently anticipated to complete by next year. Meanwhile, a full completion date for North Union has moved up from 2029 to 2026.