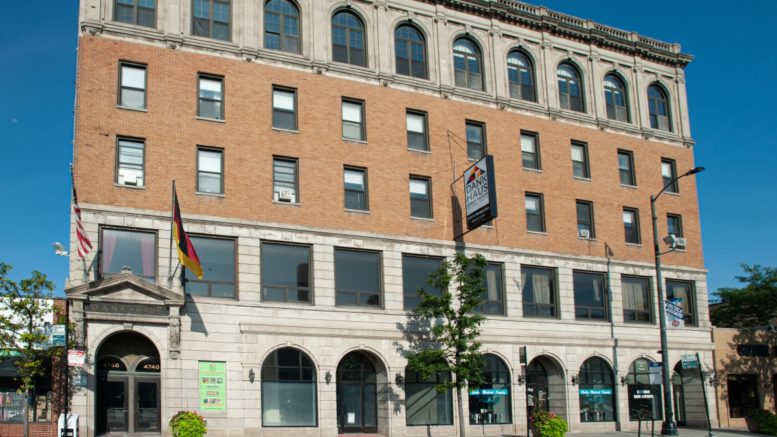 DANK Haus German American Cultural Center took the first steps on Tuesday toward securing $1.5 million in city funding for its accessibility goals. The nonprofit, which was founded in 1959, has been located at 4740 N Western Avenue in Lincoln Square since 1967. The building itself dates back to the 1920s and has had little updating since the original build. DANK Haus is hoping to utilize Tax Increment Financing (TIF) funds to begin a $2.3 million renovation that would include the building’s bathrooms as well as its front entrance. According to executive director Monica Jirak, these renovations would be completed in order to meet American Disability Act standards, as well as to upgrade the building’s aging plumbing. The city’s approval of the initial proposal on Tuesday was the first step in the process to procure TIF funding.

The nonprofit hosts a monthly open house in addition to other one-off events. DANK Haus acts as the fundraising and meeting seat for 40 area schools, cultural organizations, and other nonprofits. Alderman Andre Vasquez (40th) has reportedly issued a letter of support for DANK’s request for TIF funds.

This bid is a continuation of the ongoing upgrade efforts for the six-story building. DANK has already spent $2 million on improvements including renovating the addition of a rooftop terrace, the Chicago Brauhaus bar on the building’s second floor, and a new gallery on the building’s first floor.

Michael Waechter, owner of Waechter Architects and a DANK board member, is the consulting architect on the planned renovations. DANK’s proposal will be referred to various City Council committees and will need to gain approval prior to being presented to all 50 alderpeople who will have the final say on the matter.