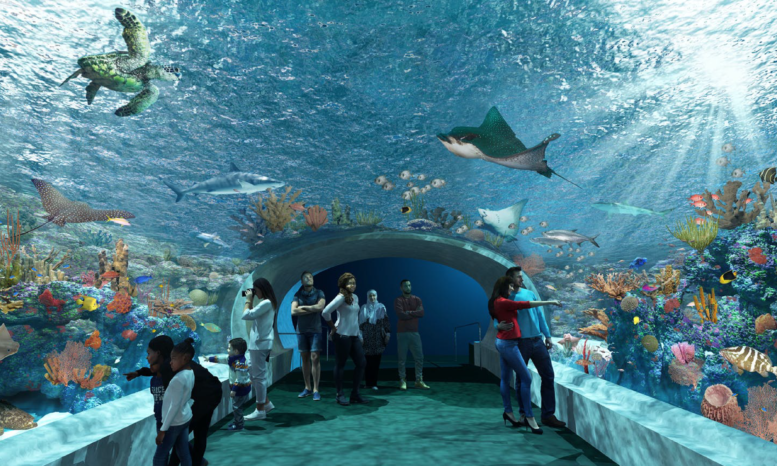 The Shedd Aquarium has just revealed the initial details of its Centennial Commitment renovation for its original building at 1200 S DuSable Lake Shore Drive in Museum Campus. The project is part of the larger $500 million Centennial Commitment program in anticipation for its 100th celebration in 2030. The effort is led by the aquarium itself under the guidance of president and CEO Bridget Coughlin who took over in 2016. 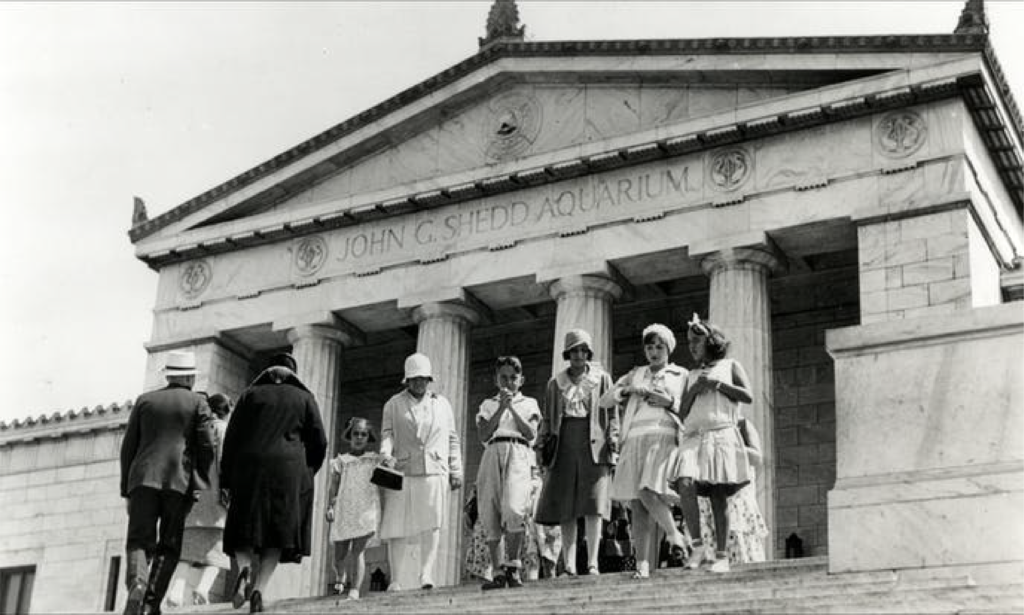 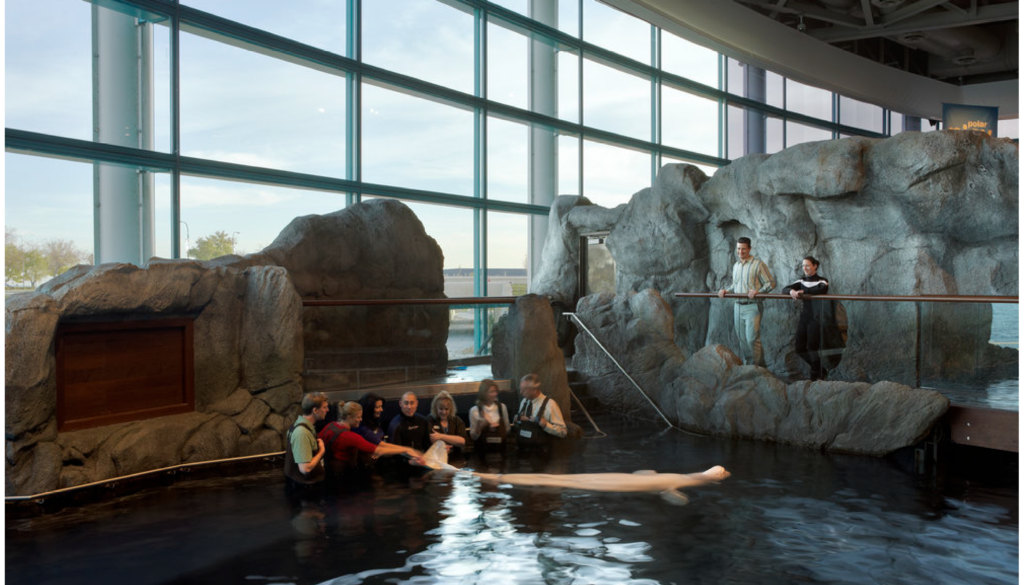 Now the same firm is heading the design efforts on multiple new exhibits and facade restorations as part of a larger initiative. The Centennial Commitment will expand on neighborhood outreach, accelerate aquatic research, and create equitable education programs with the goal of expanding their footprint in the local communities while increasing visitor capacity and demand. 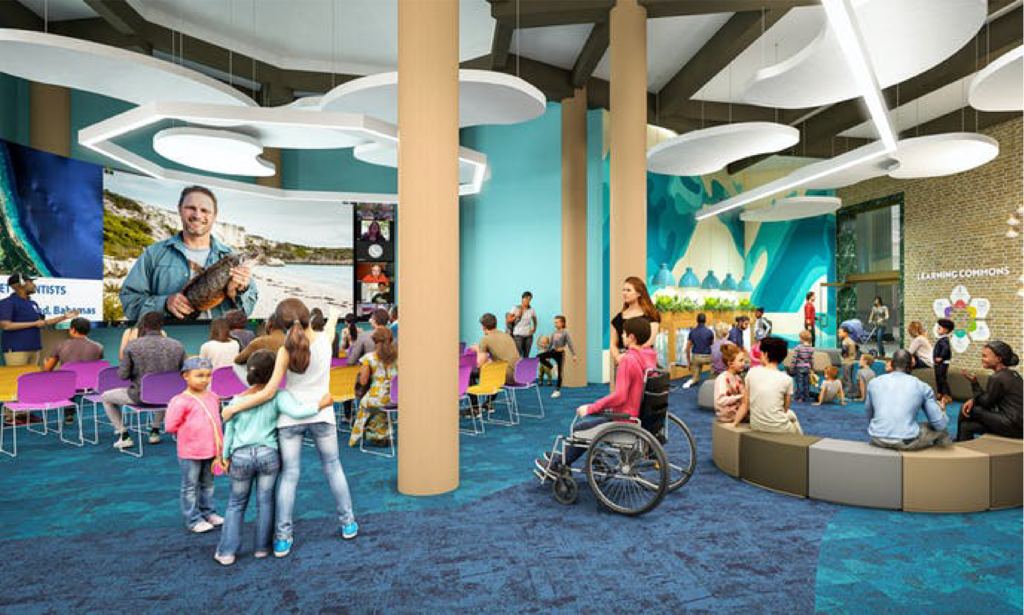 Interior renovations will include the removal of the current gift shop to be replaced by a new centralized Learning Commons currently held in the basement. The new space will serve as an ‘experimental hub and curiosity incubator’ for school programs hoping to increase the total number of students engaged from 180,000 to 230,000 annually. The technology-forward space will allow for 85 percent of guests to partake in facilitated learning experiences compared to the current 15 percent. 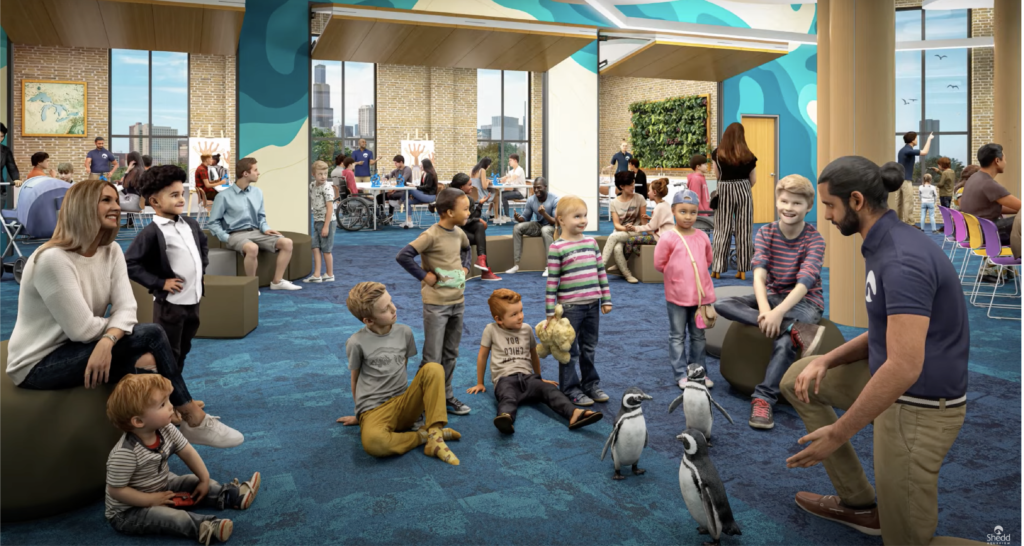 The next highlight will be the removal of the north gallery containing three exhibits in exchange for a large Caribbean coral reef habitat with a 40-foot-long tunnel connecting the original building to the Oceanarium. Surrounded by sharks, rays, and exotic fish, the exhibition exemplifies the main concept for the aquarium moving forward; integrated habitats that promote interactivity while allowing visitors to get up close to the animals’ natural behaviors. 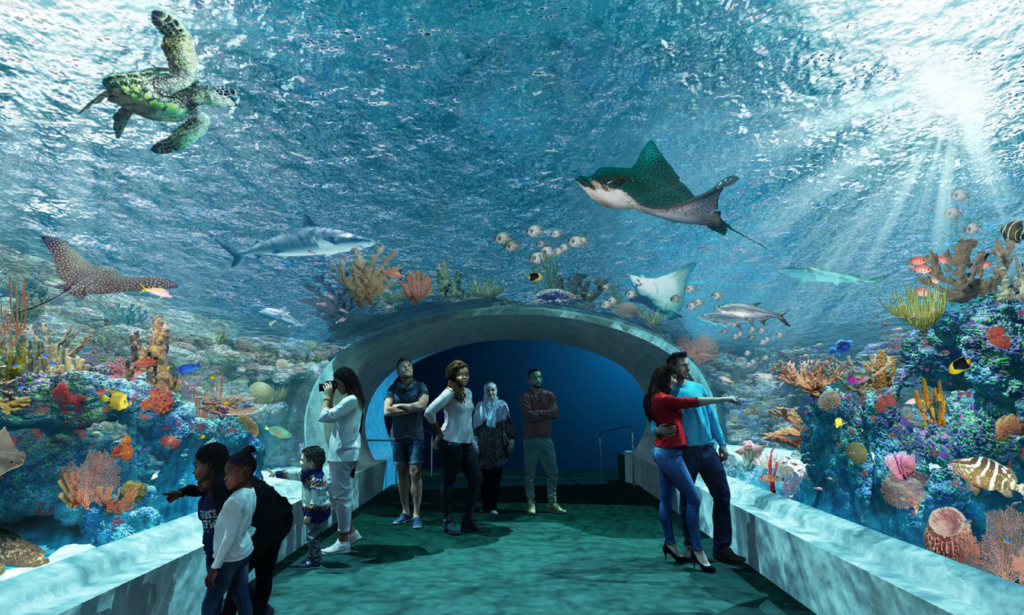 Also indoors, the museum will centralize five of its science labs along with their state-of-the-art hospital to form a new science hub. The new facility will specialize in animal care and population sustainability goals, allowing for an increased capacity with the use of expansive habitats. Other indoor work includes the renovation of multiple other exhibits into complex ecosystems, increased water volumes, improved back of house facilities, as well as repairs to original building detailing and an emphasis on Kovler Hall’s mosaic ceiling. 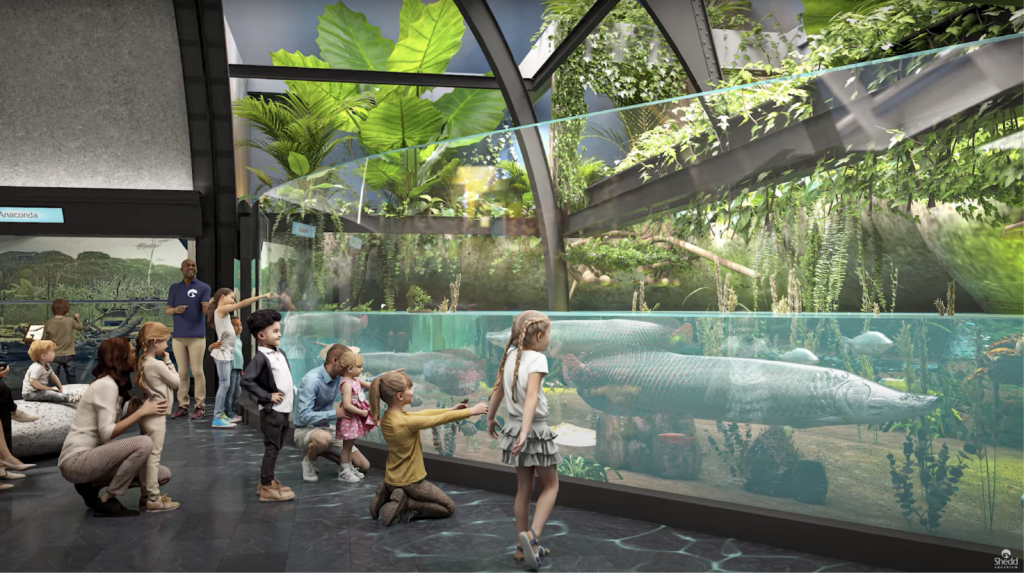 On the outside, the building will get a new entry pavilion which will extend the current accessible entrance with new programming amenities. Featuring interactive nature play areas both inside and outside of the space, the pavilion will be open to all visiting Museum Campus. Also included is the re-opening of seven 30-foot-tall windows on the north facade, allowing for the Learning Commons to enjoy skyline views. Lastly, four acres of green space surrounding the existing building will be re-designed with new green spaces, nature play, and community areas. 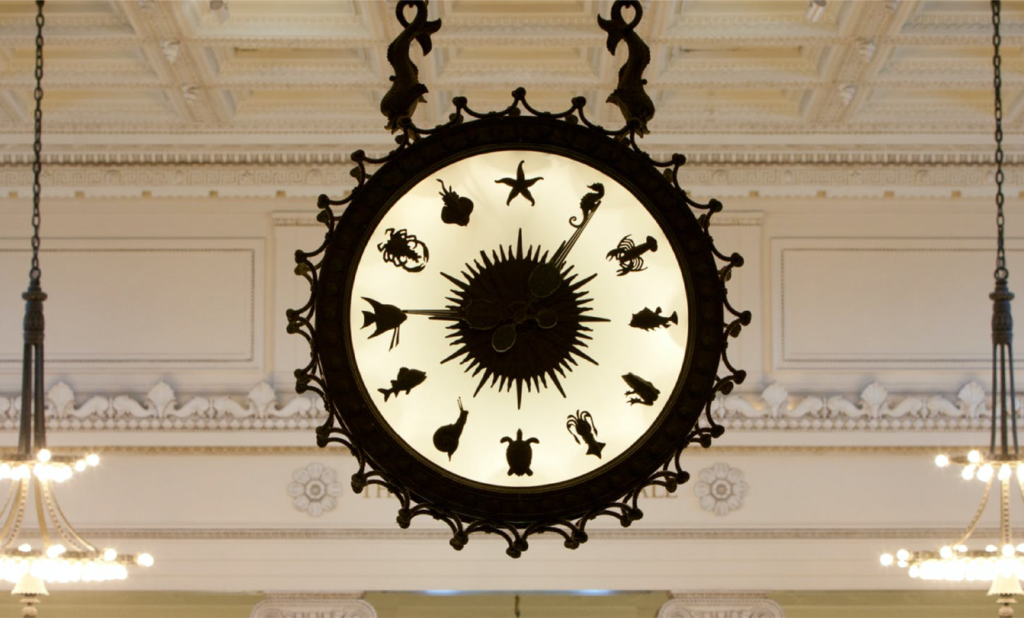 With last December’s numbers being the first to return to 2019 levels, the aquarium is confident in its path having secured 80 percent of the financing for the $250 million construction effort. Work is set to commence in 2023 and will occur in phases with a majority of the changes opening to the public by 2026, but the Centennial Commitment continues through for a total of eight years to 2030.

Further information and a vision video can be found on Shedd’s website here.