The Chicago Plan Commission has approved the renovation and expansion of an office building at 1690 N Elston Avenue in West Town. Located on the corner with W Wabansia Avenue, developer Litton Adventures LLC is hoping to bank on the success of nearby Lincoln Yards as the once industrial area continues to grow. The two-phased expansion is designed by Filoramo Talsma Architecture who also worked on the nearby 1525 N Elston Offices and replaces a vacant lot that once held a one story annex to the existing structure. 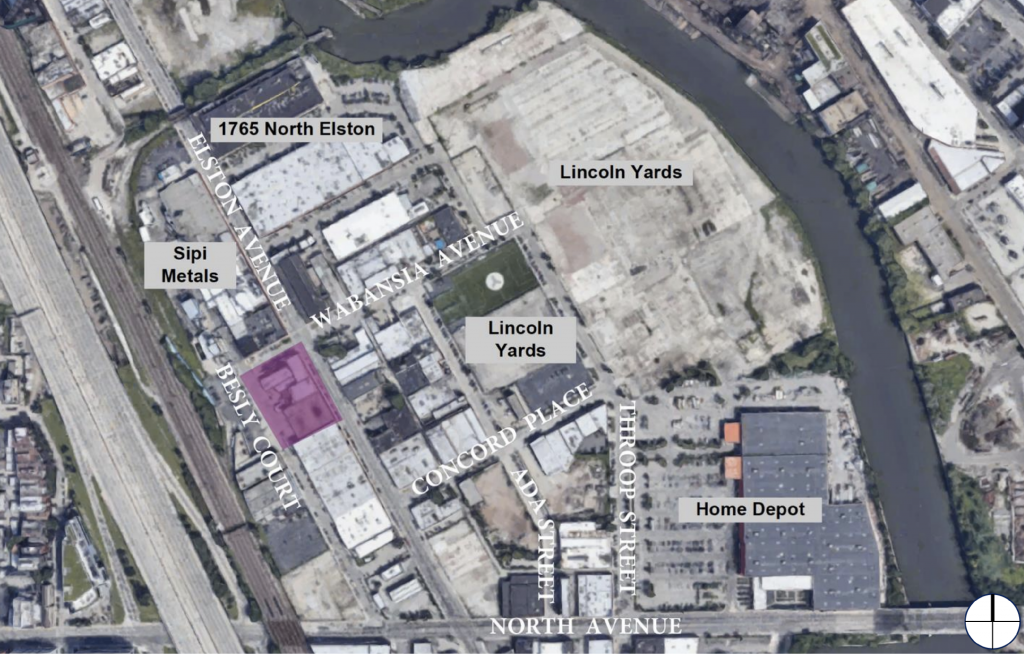 The developer was seeking a zoning reclassification from M3-3 Heavy Industry District to C3-2 Commercial, Manufacturing and employment district. Although a renovation of the timber loft office spaces of the existing building have been completed, the rezoning will now allow them to begin the first phase of the expansion to the existing two-story, 30-foot tall masonry building now containing 17,625 square-feet of office space.

After opening in early 2021, the owners are looking to add a large new lobby space with new vertical circulation under phase one of the expansion filling in the ‘L’ shaped structure with a similar height glass and concrete addition. It will hold a new elevator, statement stair, and tenant restrooms allowing for open office spaces in the rest of the building. The addition would also add a 16-vehicle parking lot on the rest of the land while demand grows for the second phase of the project. 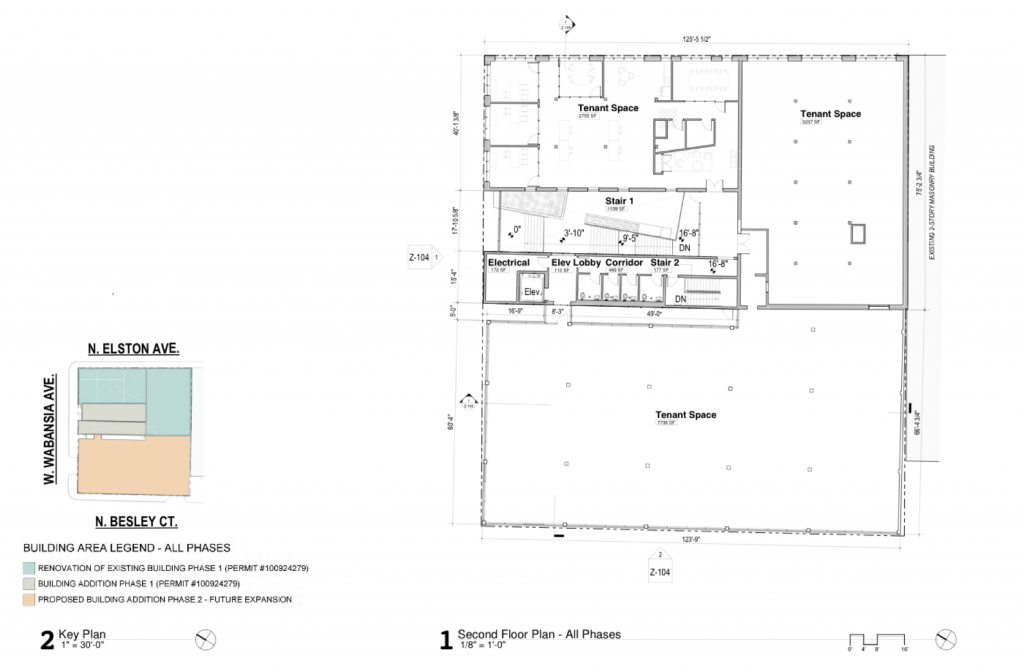 Phase two of the project will be substantially large and replace the temporary parking lot with a new three story-addition that will utilize a basement level and match the height of the original building. The lower two-stories will add 50 covered parking spaces, although the project is a Transit Oriented Development, 44.7-percent of the area workforce commutes in from outside of the City of Chicago. The third story will add 7,736 square-feet of office space for a total of 25,251 square-feet of leasable space. 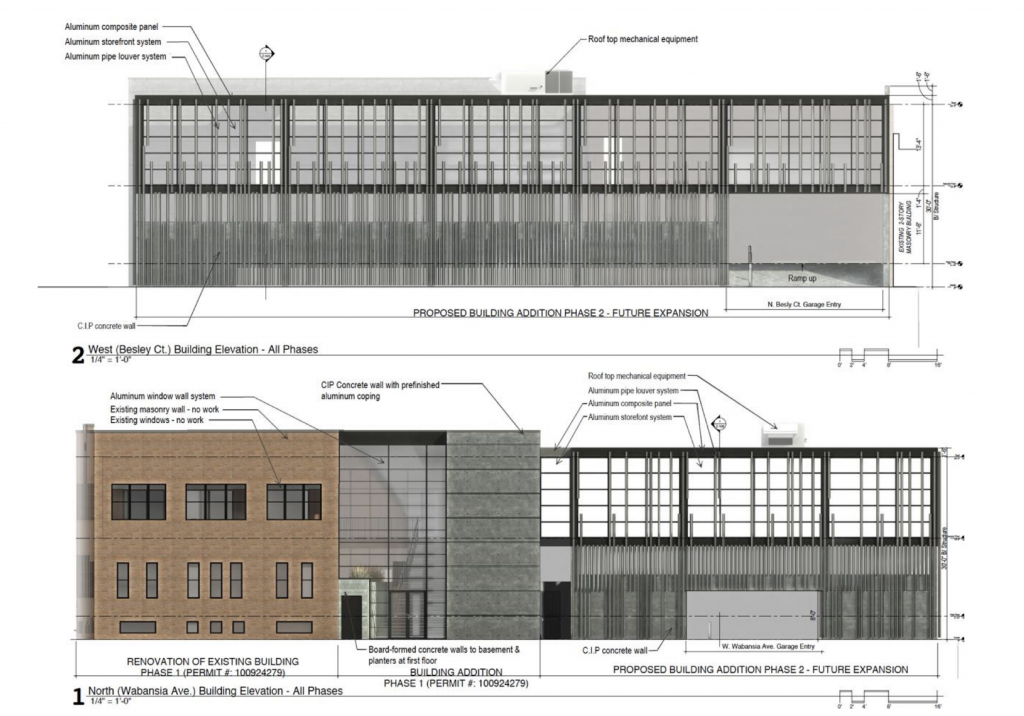 The addition will be clad in an aluminum storefront system and concrete wall covered in a decorative aluminum pipe screen in a modern staggered pattern. Two new curb cuts will be created for entrances to the garage on W Wabansia Avenue and N Besly Court. The project’s overall cost will come out to $2 million with an anticipated completion of 2023 pending demand is met for a full build-out.