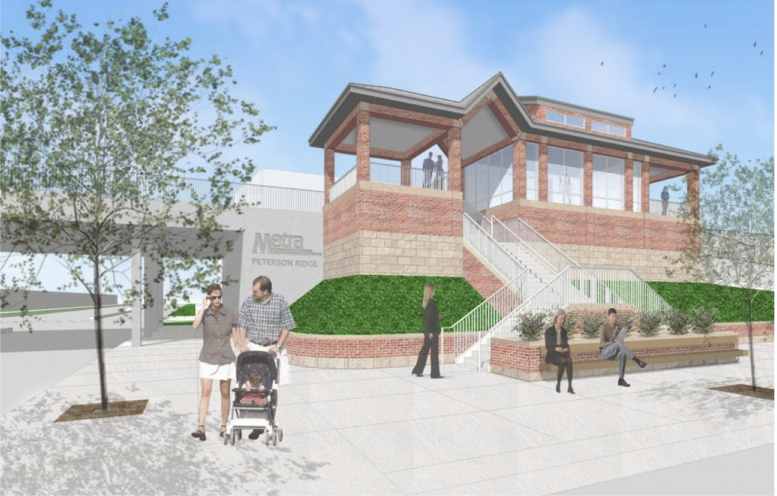 Metra is set to break ground this week on the new Peterson Ridge station on its Union Pacific North Line in Edgewater. On Monday November 1st at 11am, Metra will hold its ground breaking ceremony for the station with various elected officials including 40th Ward Alderman Andre Vasquez and County Board President Toni Preckwinkle. The ceremony represents many years of planning and advocating for the station by locals, as well as the end of various delays including issues with groundwater runoff which began with a 2009 state bond program. 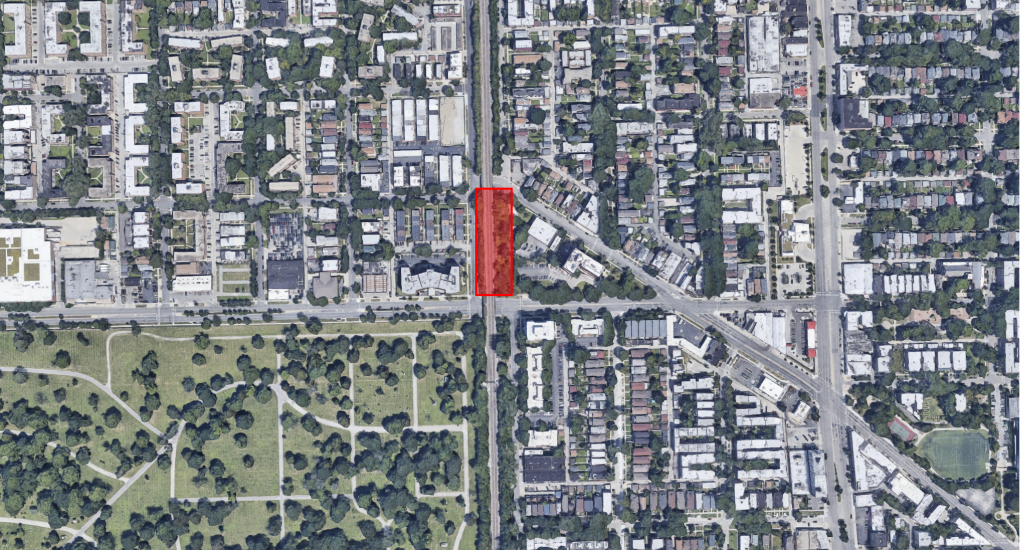 Located on an empty lot along the existing tracks, the station will be bound by the diagonal N Ridge Avenue to the north, W Peterson Avenue to the south, and N Ravenswood Avenue on both east and west sides. Included in the new work are some infrastructure upgrades like the rehabilitation of the track bridges over both Peterson and Ridge Avenues. Currently the nearest stops on the same line are the Rogers Park station 1.2 miles north, and the Ravenswood station 1.6 miles south which is a short walk away from the CTA Brown Line at Damen station. 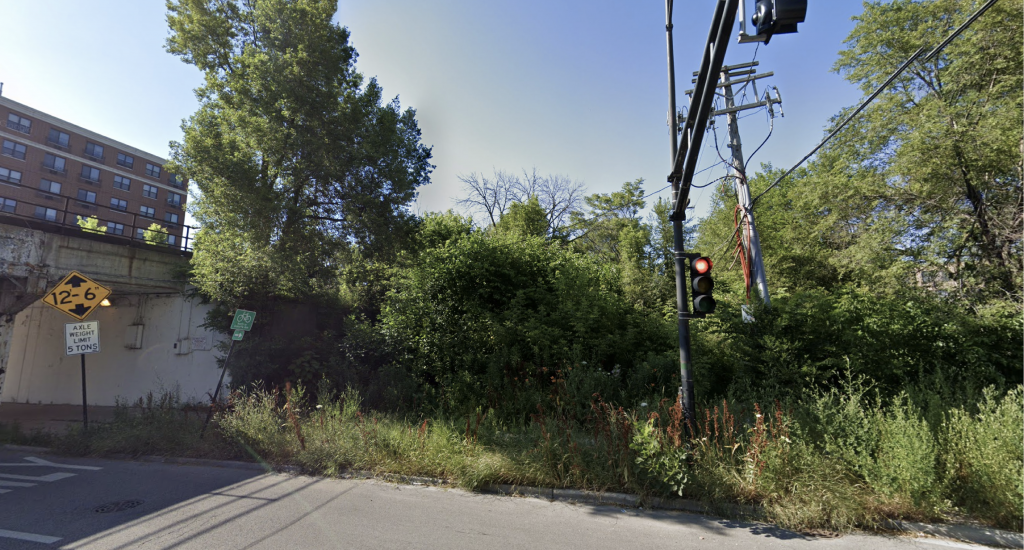 View onto site prior to ground clearing via Google Maps

The new station will include two new six-car platforms for travel in both directions but with an emphasis on downtown-bound traffic. The south-bound platform will have a larger facility with a station building housing an enclosed waiting area with further outdoor covered spaces and warming shelters. The northbound platform will also feature a warming station and be closer to the station’s parking lot which holds 41-vehicle parking spaces, five of which will be ADA spaces, and room to build more in the future. 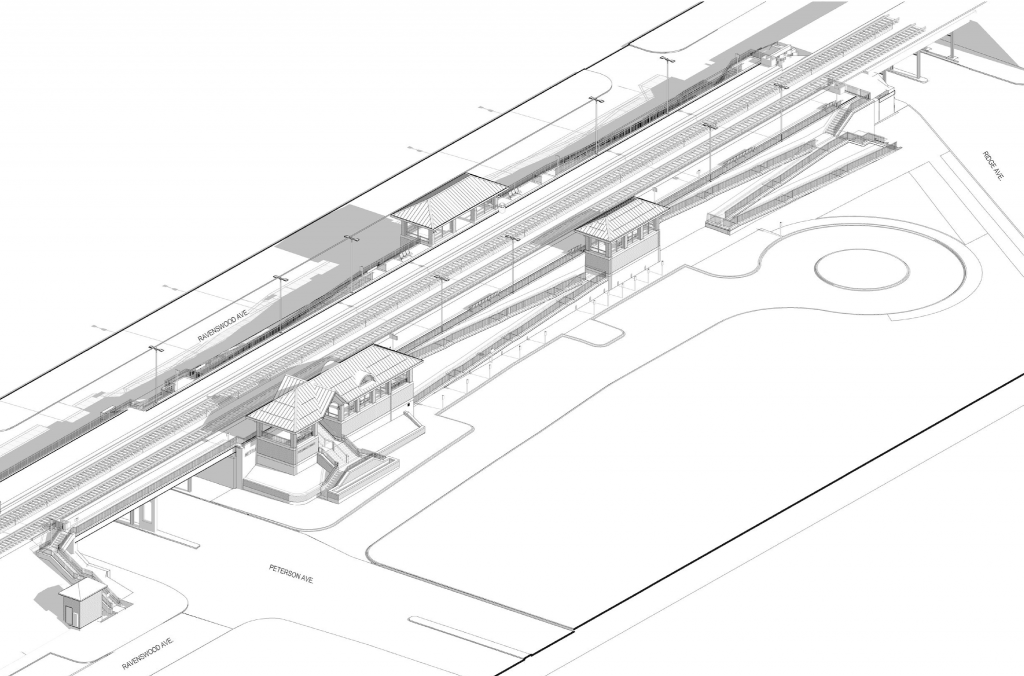 Completing the project will be a new drop-off and pick-up area with a turnaround for cars with bicycle parking, and a new pedestrian bridge crossing over W Peterson Avenue. The $21 million project will be predominantly funded through a grant from the State Department of Commerce and supplemented by other federal funding. If still on the originally proposed timeline announced at its original start date in 2020, construction should take around 18 months and we could expect a spring 2023 opening.

5 Comments on "Metra To Break Ground On New Edgewater Station"