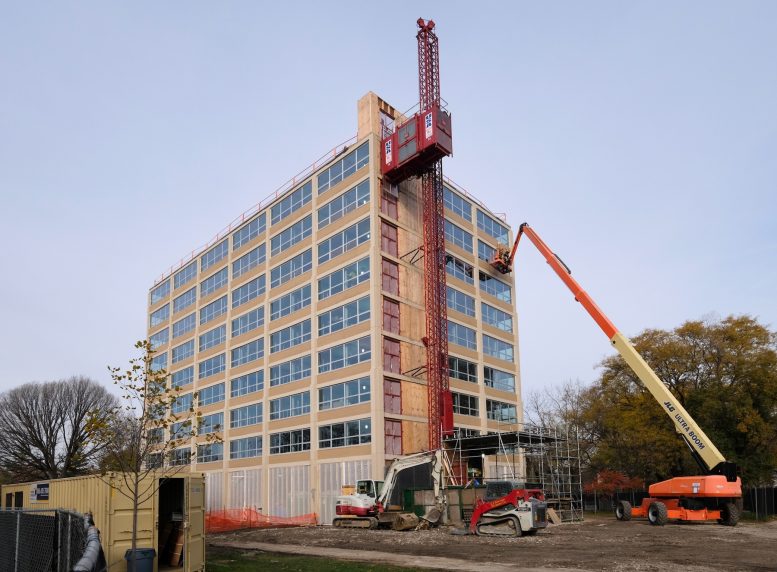 Exterior renovation can be seen making headway at Carman Hall, located at 60 E 32nd Street within the Illinois Institute of Technology campus in Bronzeville. Originally designed by the famed German architect Ludgwig Mies van Der Rohe, the nine-story dormitory building was completed in 1953. Recently, the midcentury residential building sat unused and in need of repair. 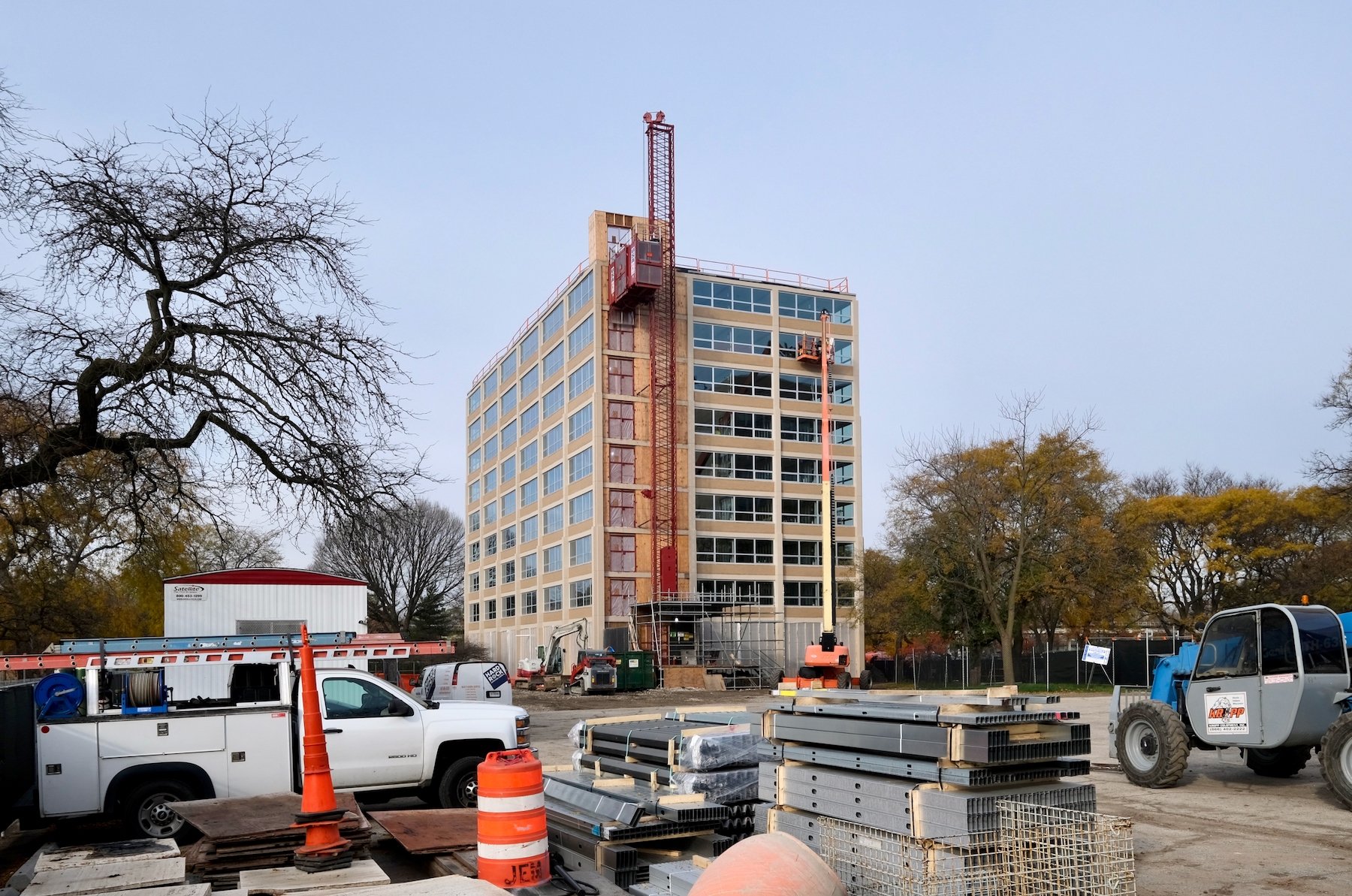 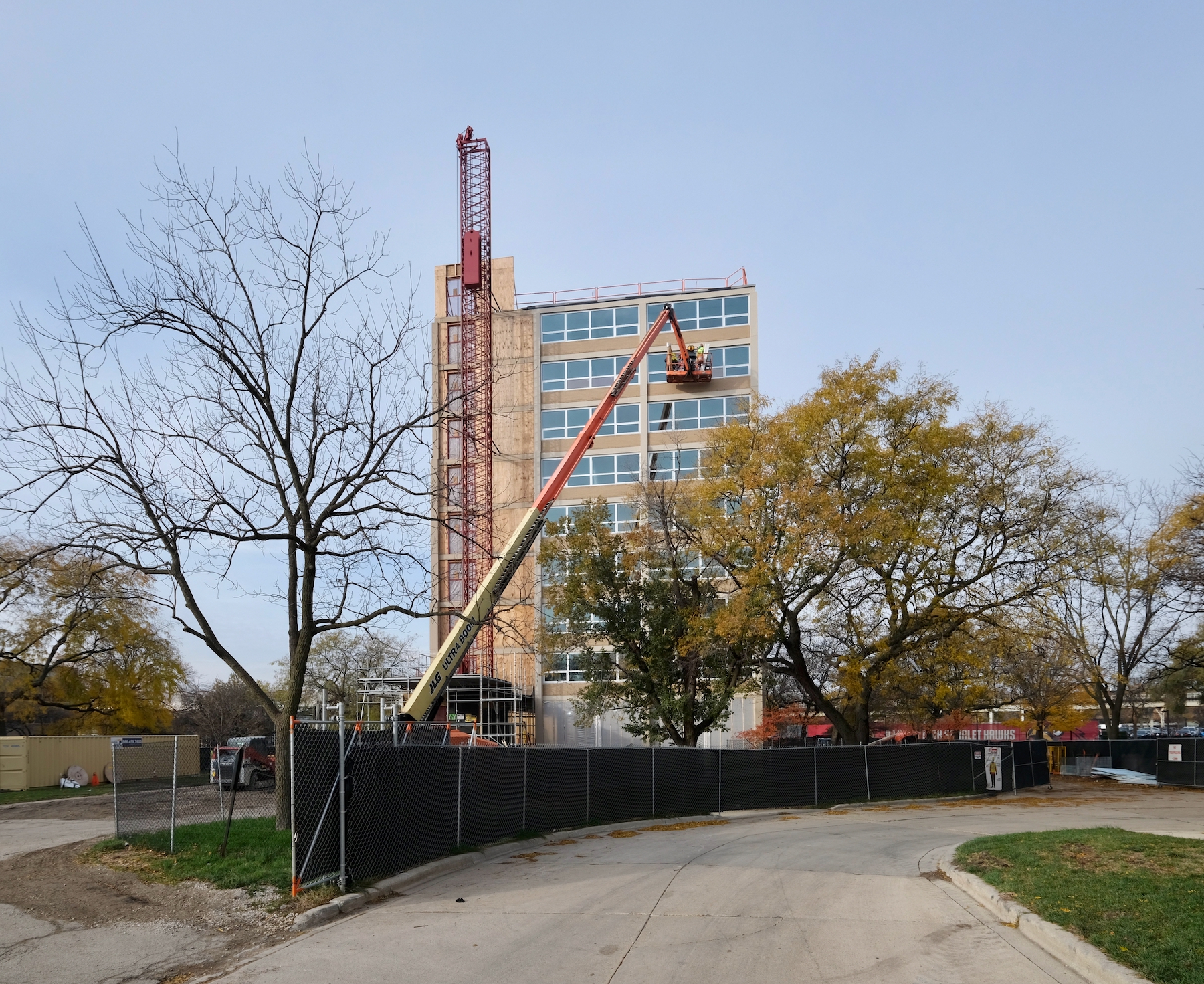 The scope of the current work will modernize the structure for student occupancy, while still maintaining the integrity of the original design. The work includes the replacement of the exterior walls and windows, the interior partitions, and the internal MEP equipment. Meanwhile, the foundation, cores, and structure will be preserved. 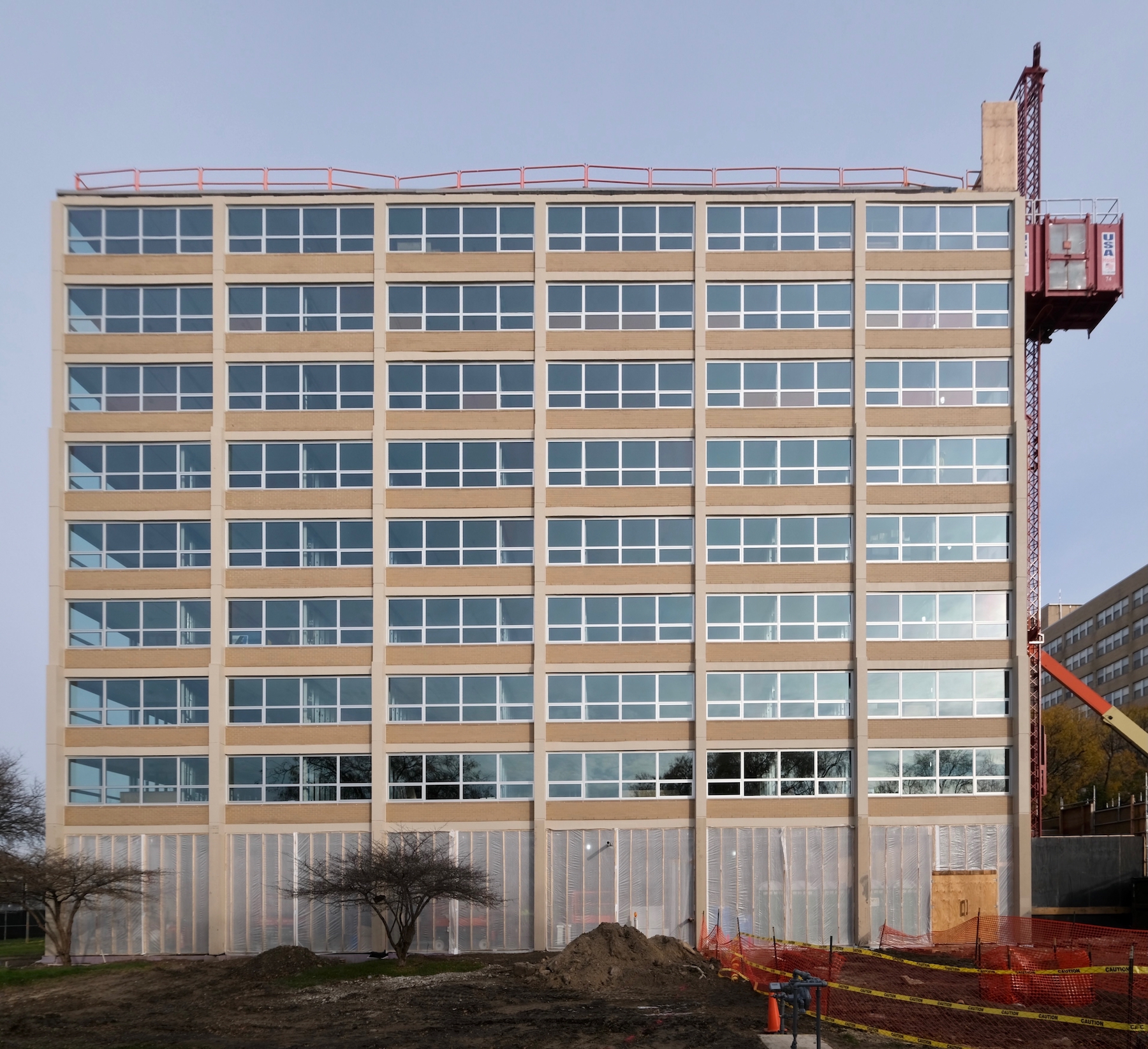 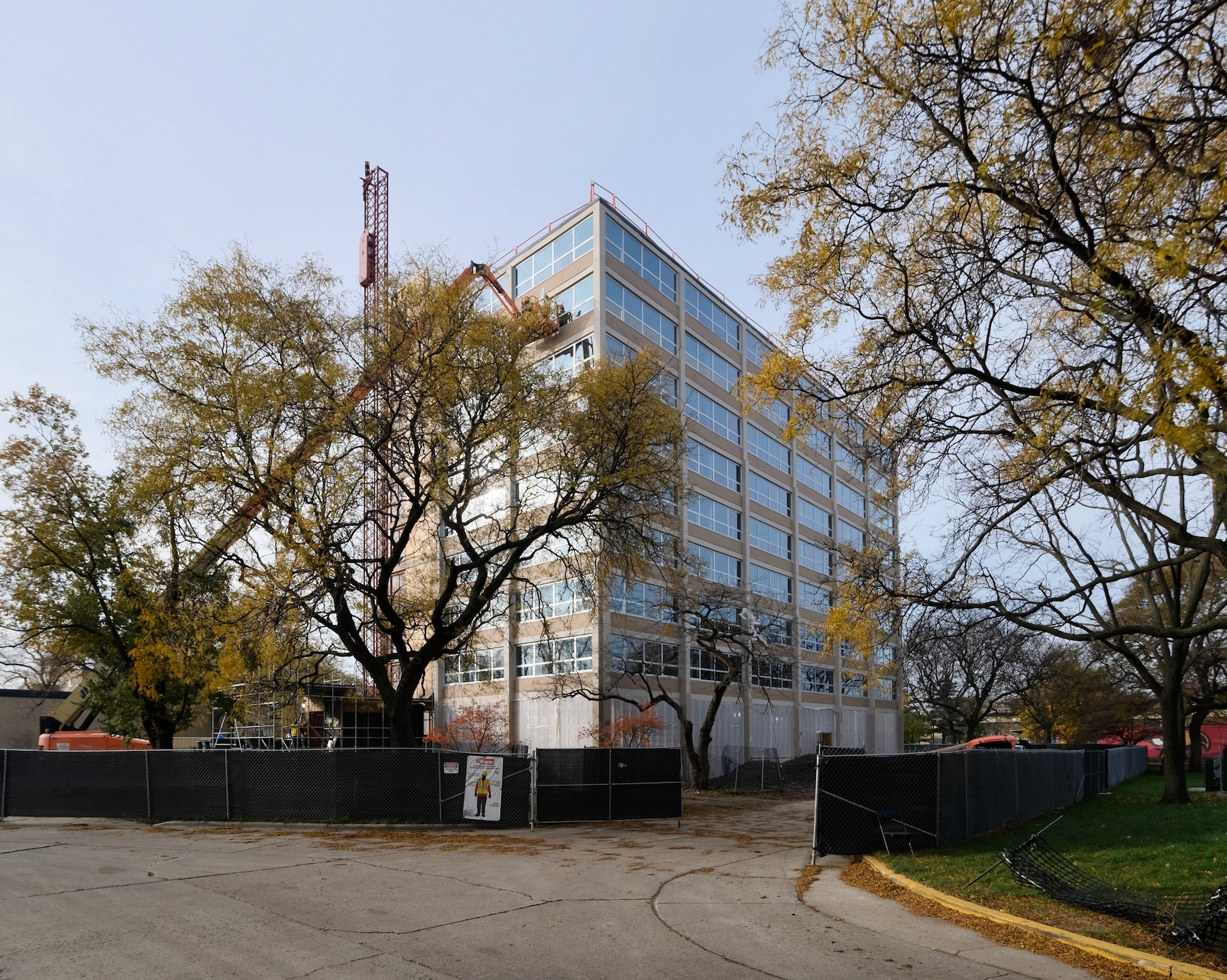 Despite the aforementioned progress, the hoist still remains attached to the east face and the inset lobby still obscured by protective framing. Dirk Denison Architects has overseen the design of the improvements, while Gilbane Building Company has served as general contractor for the roughly $18 million undertaking.