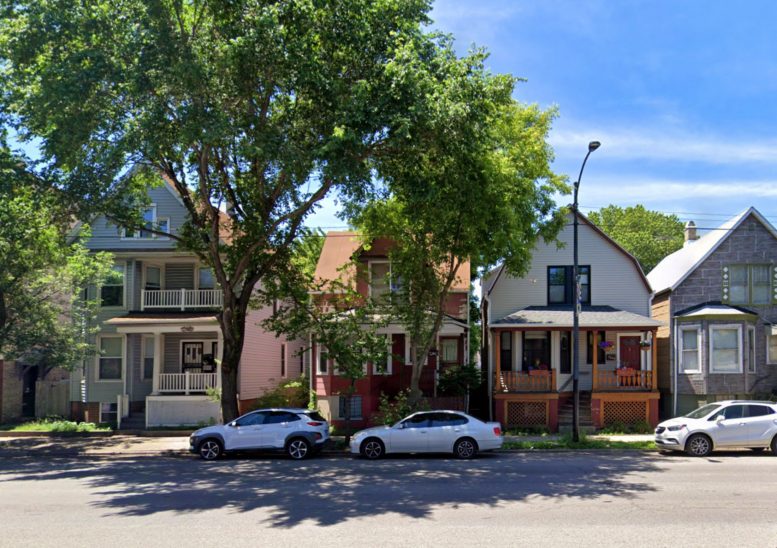 Construction permits have been issued for a four-story apartment building at the site of Lincoln Square‘s 5042 N Western Avenue, which is currently occupied by a two-story frame residence.

Filed under the owner Jason Krynski, the project will officially be addressed as 5040 N Western Avenue and will comprise of four total units. The building will also come with a rooftop deck and stair enclosure, a finished basement, and a detached garage with a separate rooftop deck.

Eduard Livanu of Studio Modulor is the architect of record. While no drawings or renderings have yet been revealed, multiple masonry contractors listed in the permit may indicate a brick or stone exterior.

Future residents looking to board the CTA L Brown line will find Western station via a 10-minute walk south. As for the Metra, Ravenswood station is accessible via a 22-minute walk southeast.

Closest green space is the sprawling Winnemac Park, located a seven-minute walk east. The park offers multiple sports fields and courts, open grass space, a track and football field, and a playground. Additionally, both the Elizabeth Chappell Elementary School and Amundsen High School can be found at the corners of the park.

JEK Development LLC is the general contractor for the $500,000 construction, whose completion date has not yet been announced.