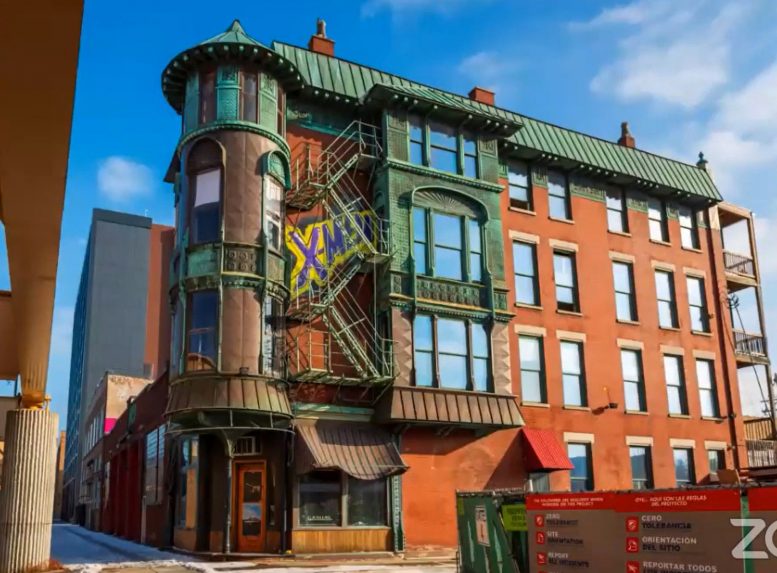 The Chicago City Council has approved landmark status for the former Schlitz Brewery-Tied House located at 1393 W Lake Street. Located in the West Loop, the building is placed on a corner lot at the intersection of W Lake Street and the vacated N Loomis Street. The property is just off of N Ogden Avenue. 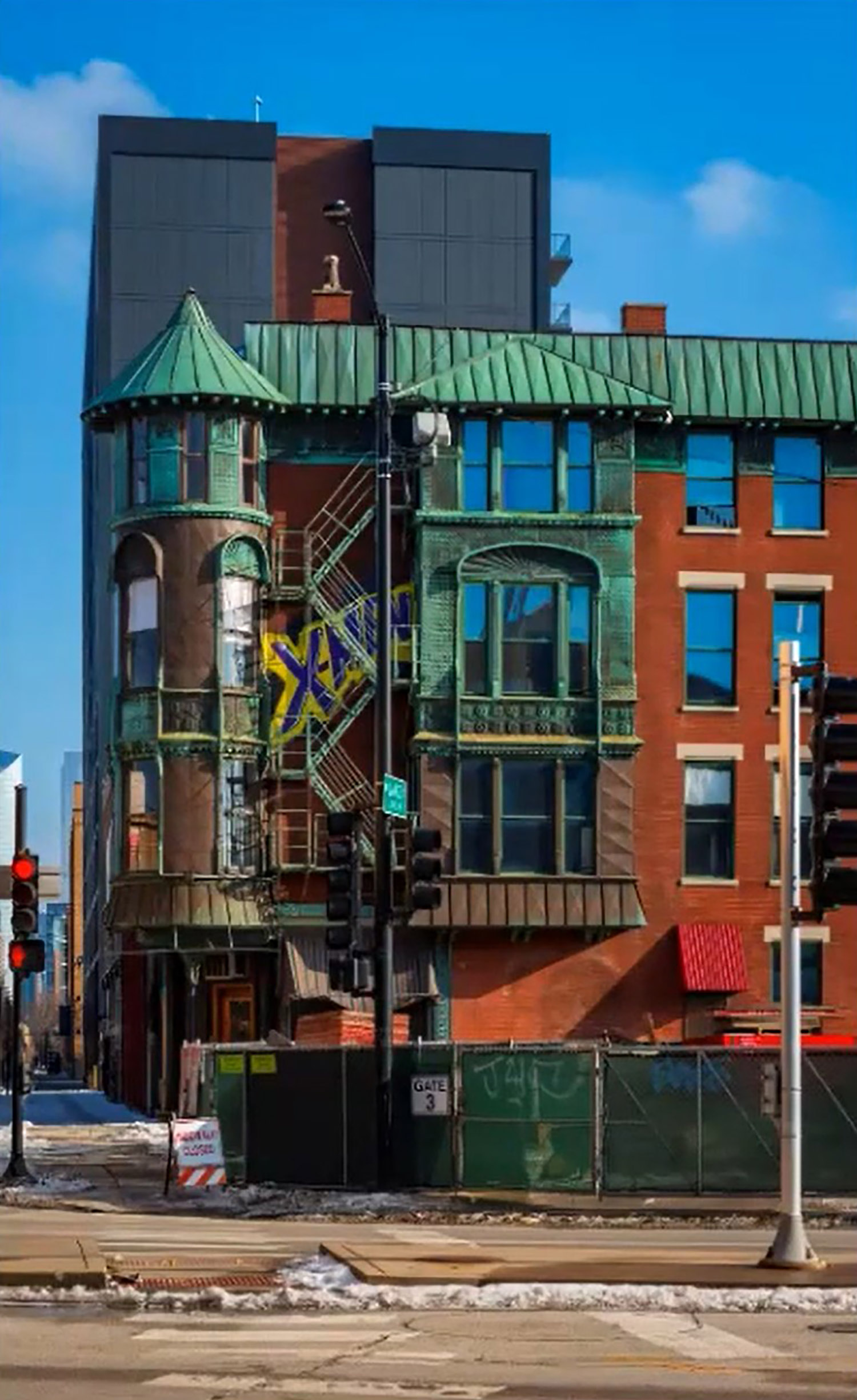 Built in 1892, the former Schlitz Brewery-Tied House originally housed a bar that would have served exclusively Schlitz beer. Commissioned and owned by the breweries, this typology of taverns was part of an approach by breweries to be successful amidst increasing competition in the alcohol industry. Schlitz Brewing Company has the largest number of these tied houses in Chicago. Nine other brewery-tied houses were designated as landmarks in 2011, with a tenth Schlitz brewery-tied house landmarked in 2020. 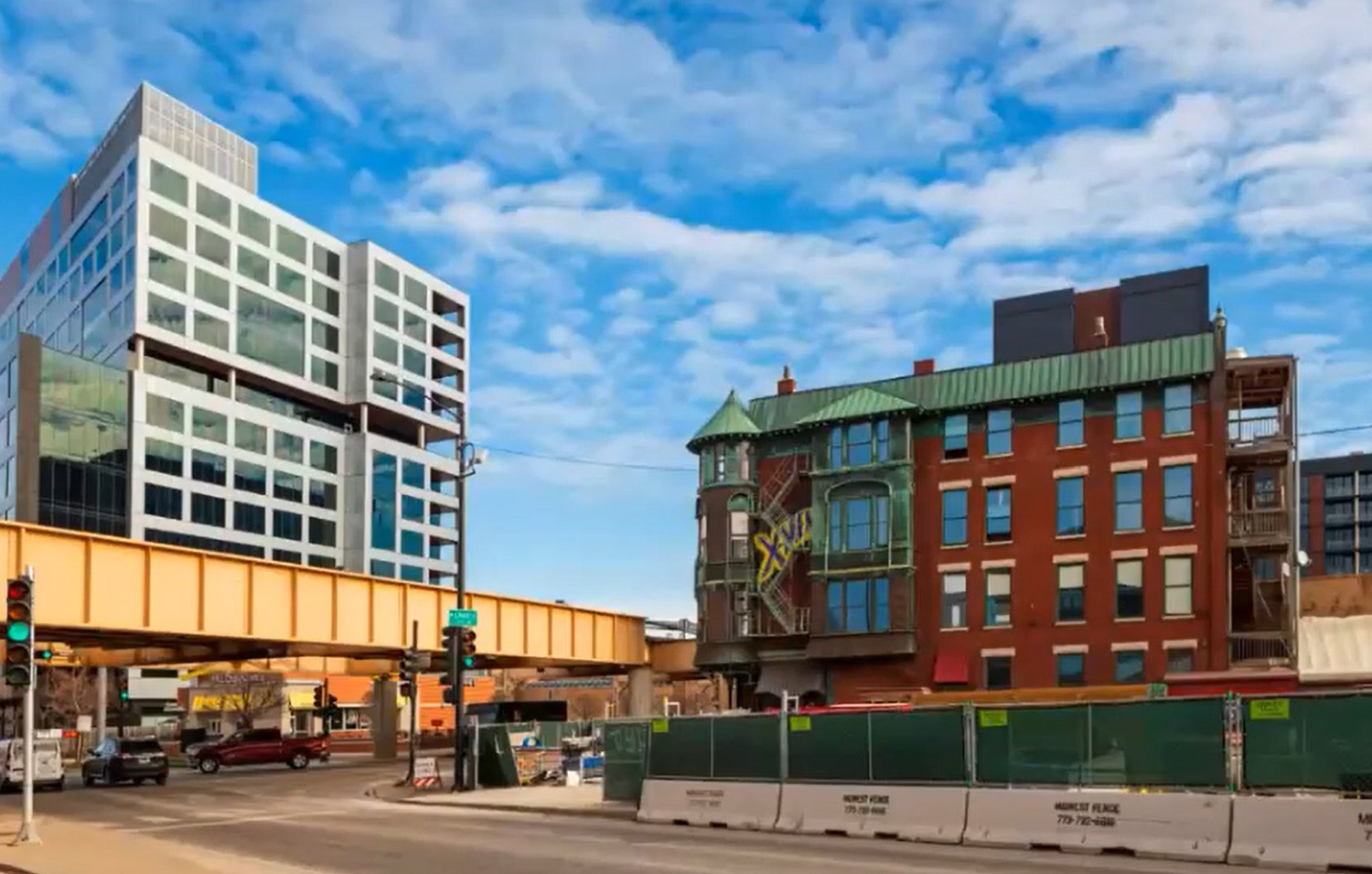 As part of the landmark ordinance, structures must meet multiple criteria for landmark status. The three cited for the structure are Criterion 1, Value as an Example of City, State, or National Heritage, Criterion 4, Exemplary Architecture, and Criterion 6, Distinctive Theme. 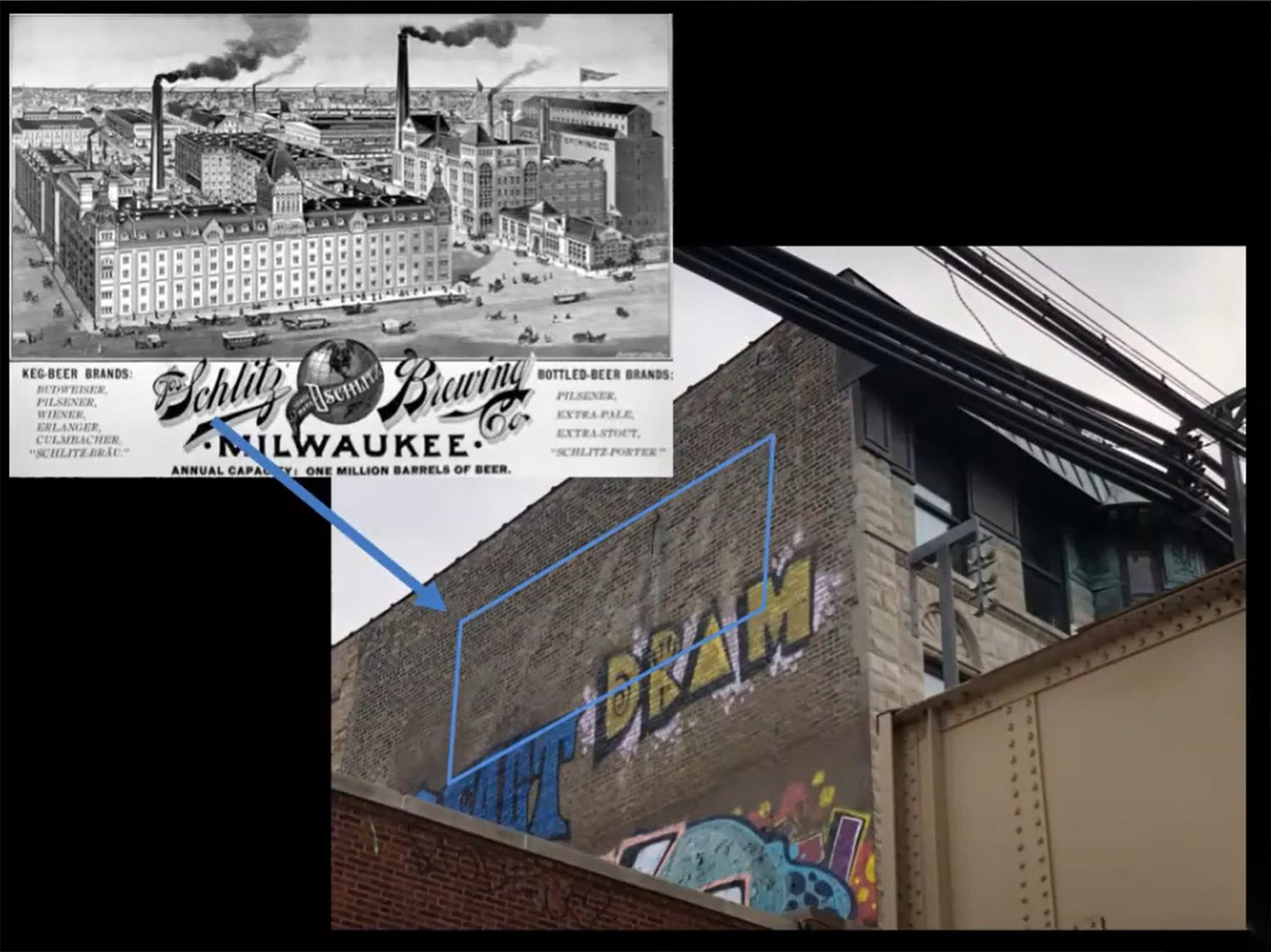 The structure also meets the integrity criterion as it is one of the few remaining and best preserved early examples of a brewery-tied house. The property underwent restoration in approximately 1987, where the roof was rebuilt and the copper treatment was brought back. The storefront window system, windows, and doors are not original, but are considered reversible changes. 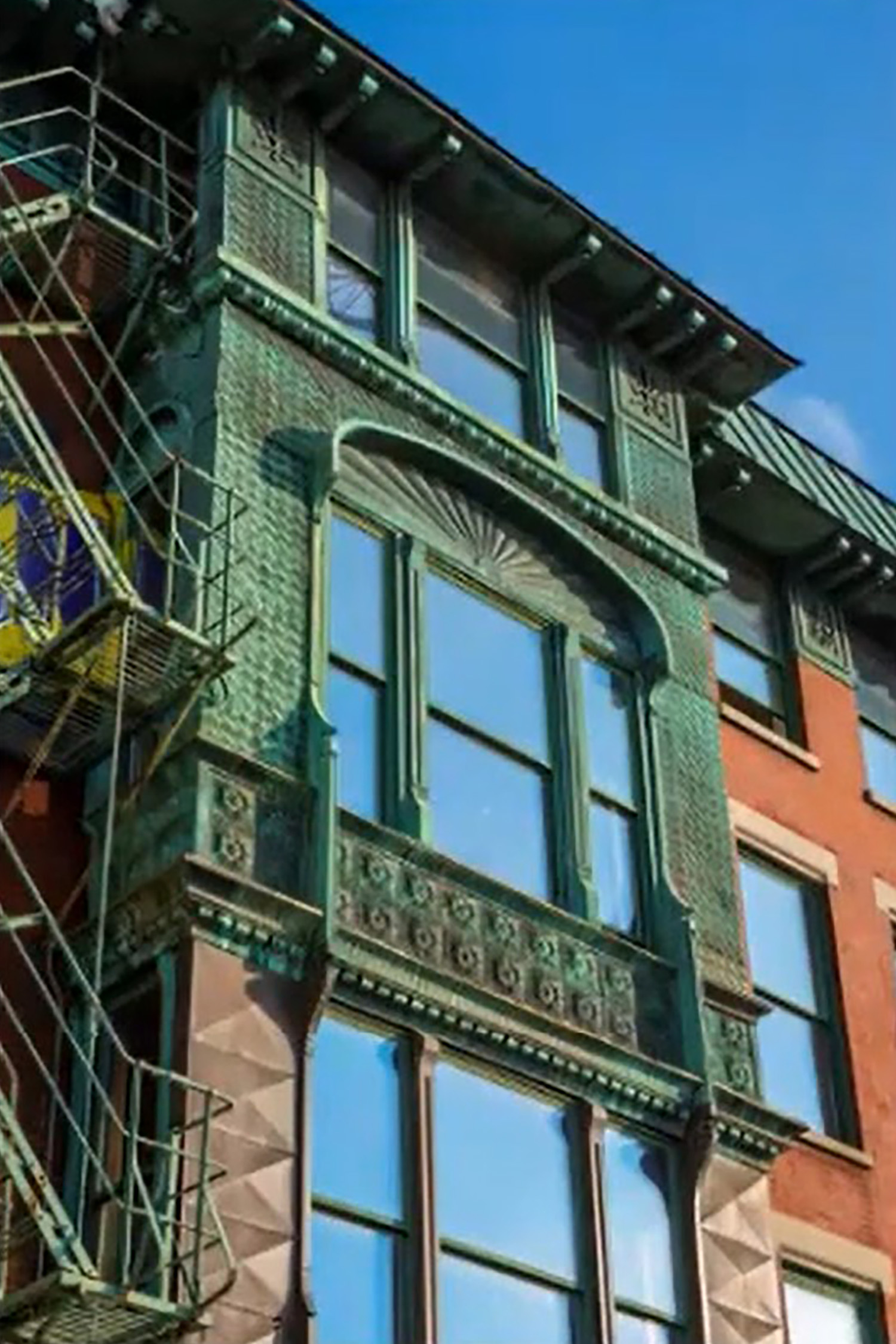 As part of the landmark designation, the significant historical and architectural features that will be protected will include all exterior elevations including rooflines. The non-historic, one-story frame structure with a fabric roof and vestibule at the rear of the site is excluded from the designation. 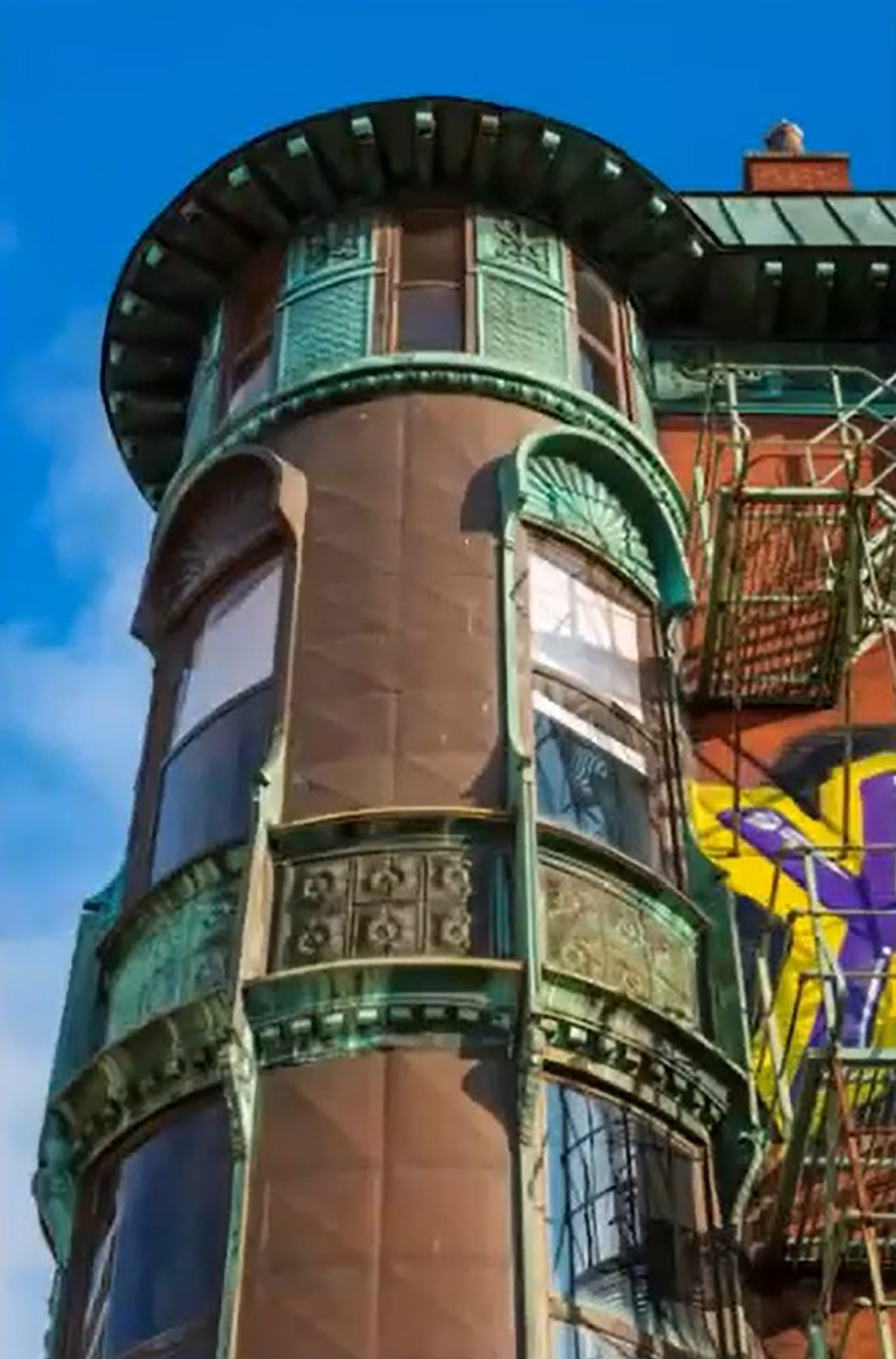 The landmark designation saves the structure from a requested demolition permit. The development team submitted the permit in December 2020, and as an orange-rated building, the 90-day demolition delay order was triggered. After review by the City of Chicago staff, it was determined it met criteria for landmark designation and the demolition delay order was extended for two months until April 30th. 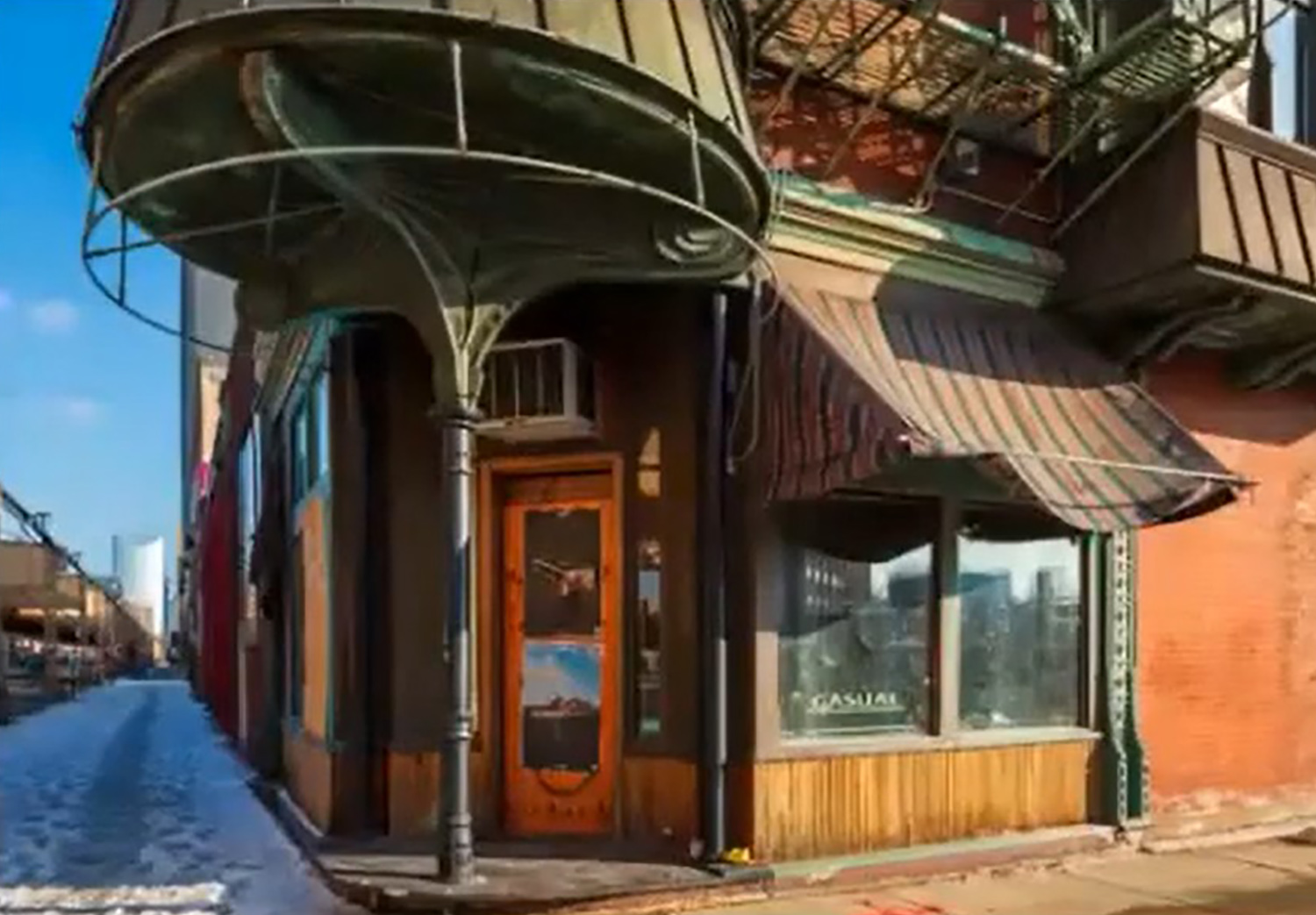 Planned by Veritas Chicago LLC, the ownership of the property has argued against landmarking the building and sought approval of the demolition permit to continue with their development plan. Seeking to replace it with a mixed-use development, the developer consulted Okrent and Kisiel Associates who created a report that stipulated that the building didn’t meet the criteria for landmarking. 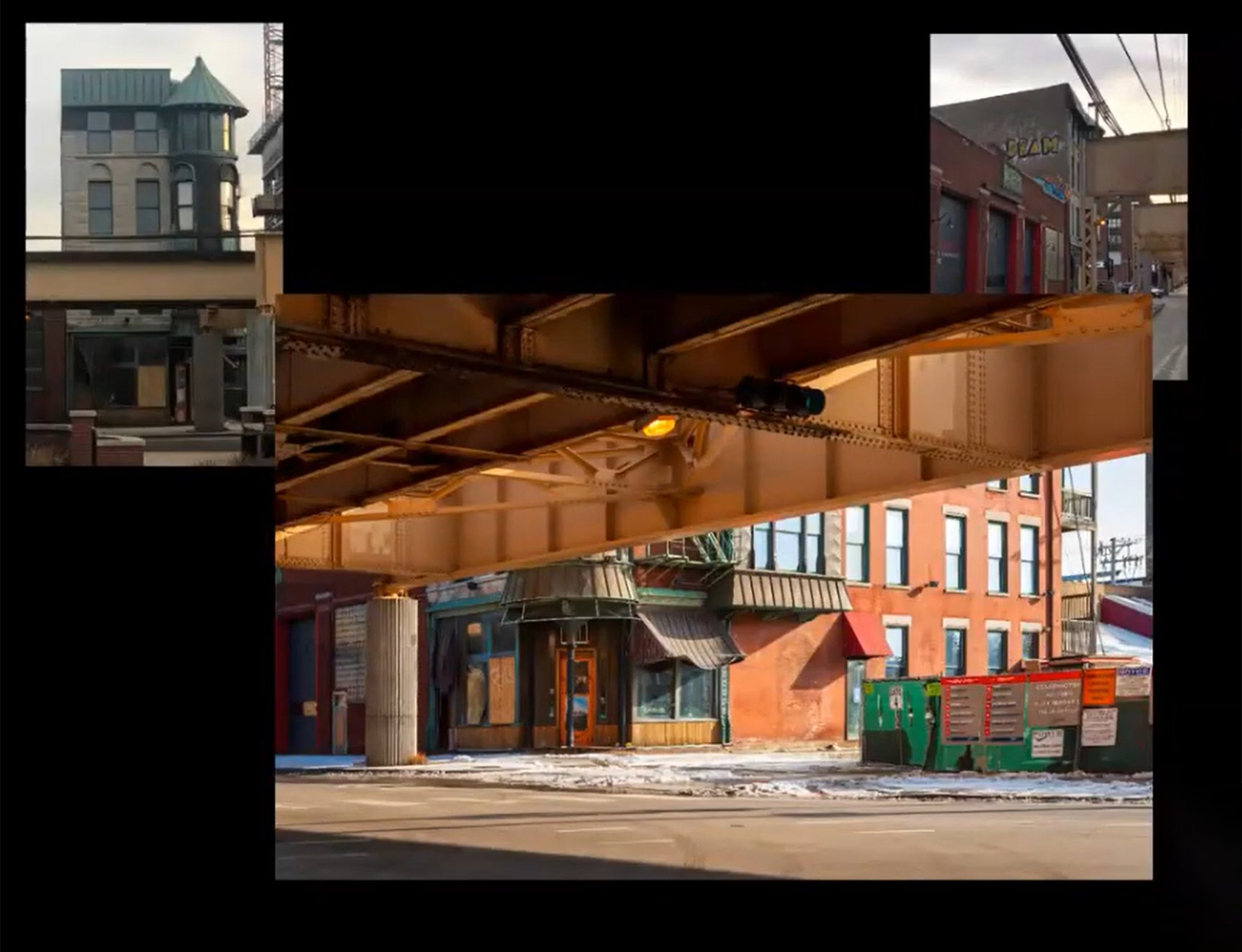 As part of the unrevealed proposal, the ownership has drafted an agreement with Marquette Companies, the company behind the tower at 1400 W Randolph Street, to co-manage the vacated stretch of N Loomis Street and to fully fund a dog park that would be shared by the two projects. The development team felt the structure did not meet the criteria for landmark status and prohibiting demolition would result in large financial losses for the company after purchasing the property and demolishing the interior after a demolition permit was approved and then quickly revoked.

The Commission on Chicago Landmarks sent the landmark recommendation to the Chicago City Council after voting to approve the recommendation and deny the demolition permit. The building is now officially a landmark and cannot be demolished.