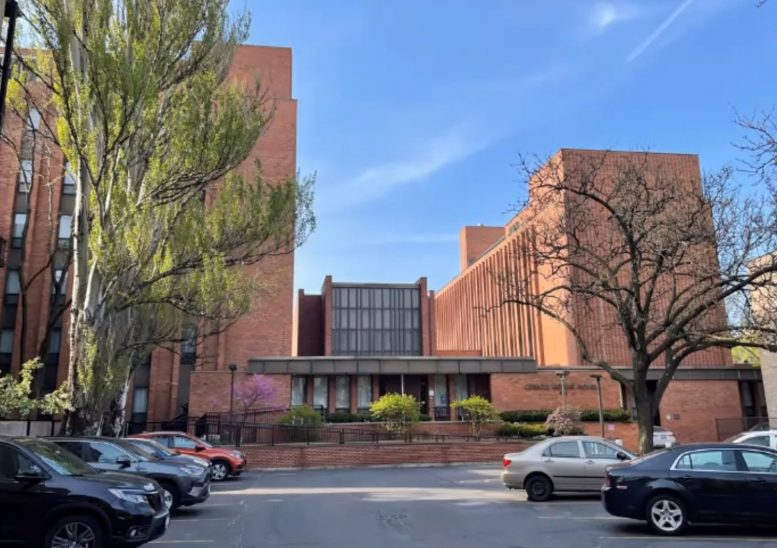 The Commission on Chicago Landmarks has approved the demolition of Cenacle Convent at 513 W Fullerton Avenue in Lincoln Park. Located on an irregular parcel, the site is set back onto the interior of a block, fronting W Fullerton Avenue, N Cleveland Avenue, and N Cambridge Avenue. The property is located inside the Mid-North Historic District. 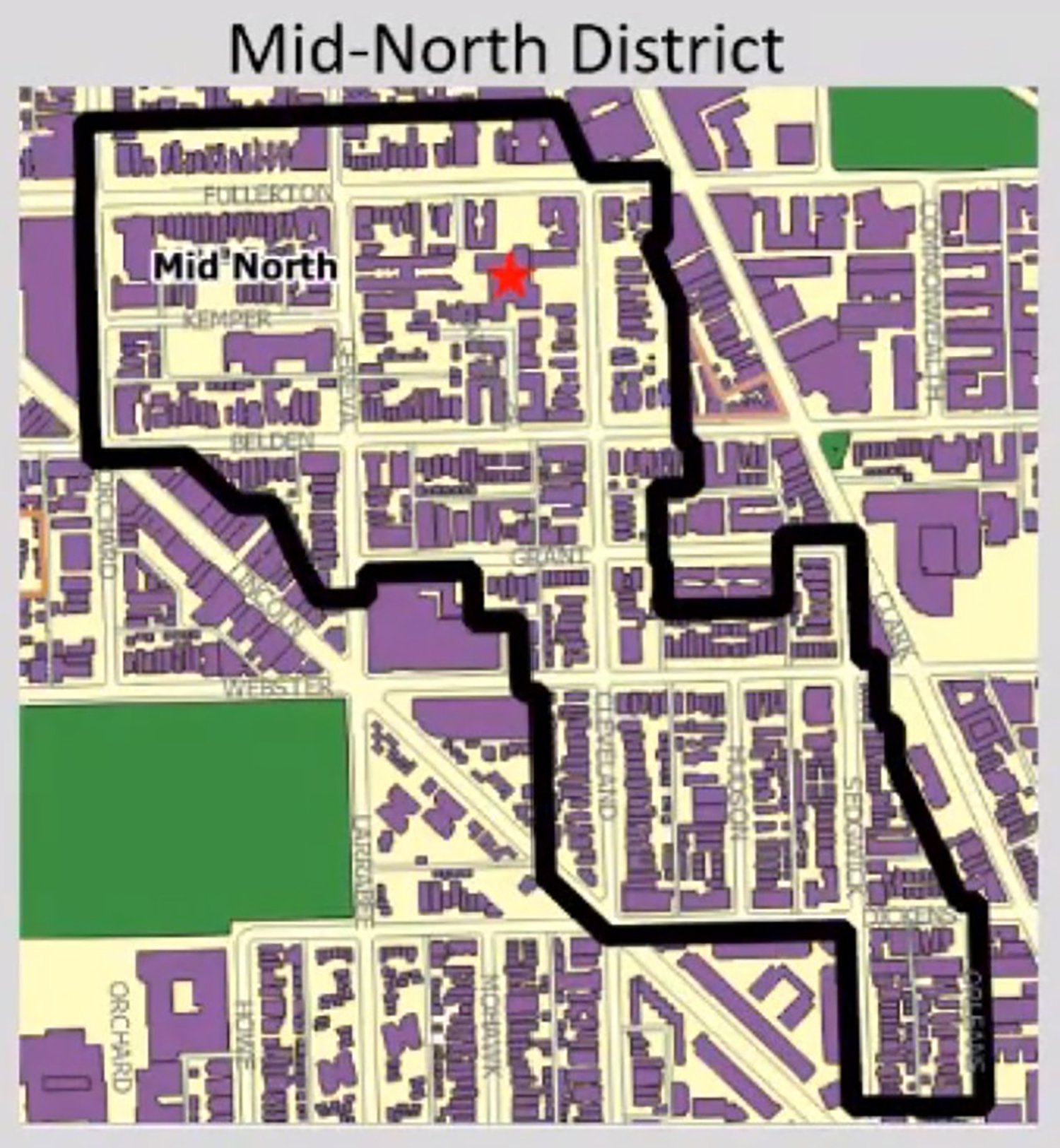 When reviewing the request for demolition of a structure in a historic district, the structure must be reviewed under six criteria to determine whether the building is contributing to the district or not. The Cenacle Convent is a religious complex that ranges in height from one to seven stories. 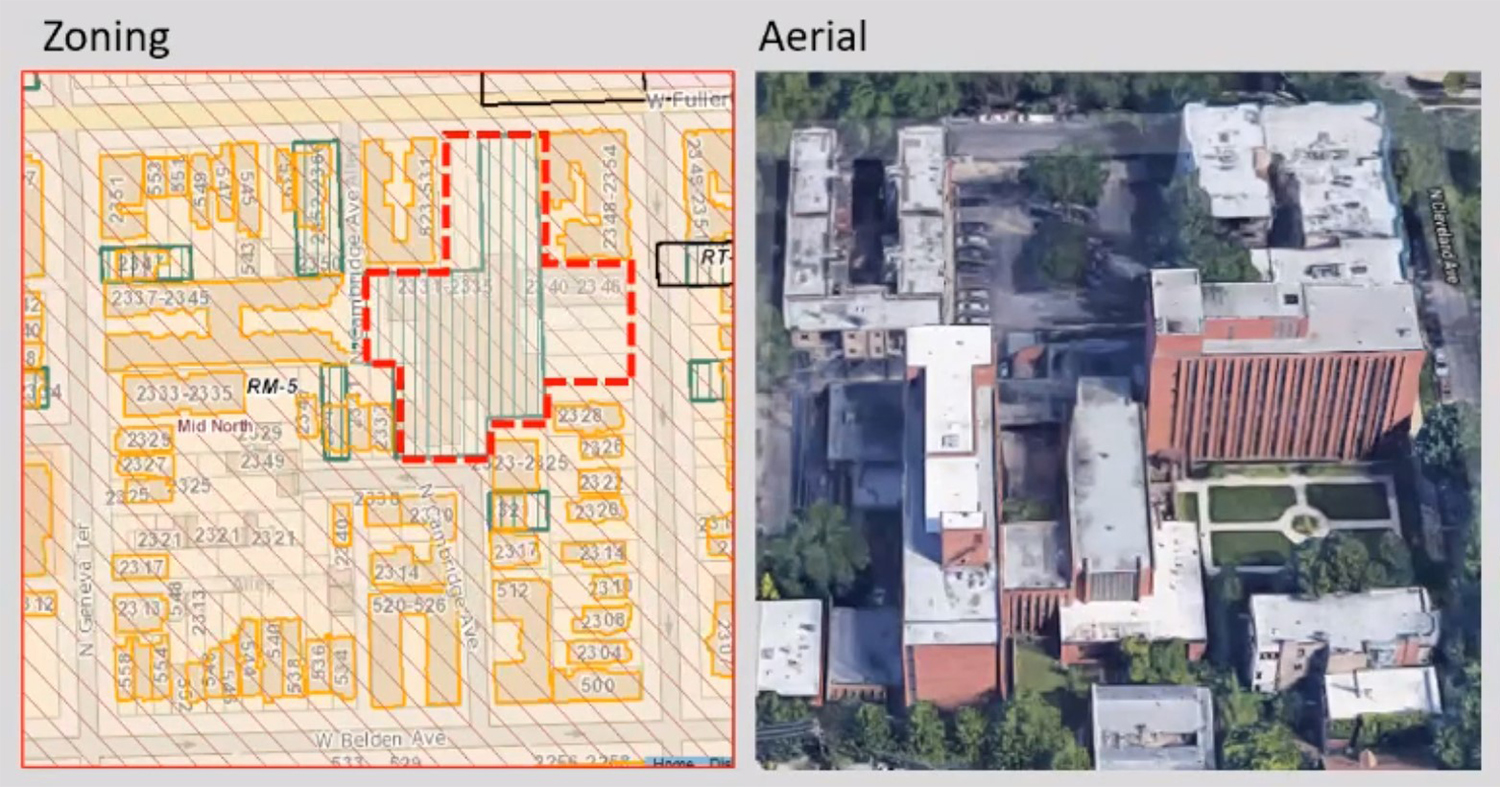 The first consideration is whether the building exhibits the general historic and architectural features described in the landmark district’s designation ordinance. The district ordinance states that the district portrays the typical Chicago residential character with the three prevalent styles of Italianate, Queen Anne, and Romanesque Revival. It also chronicles popular building types including cottages, row houses, and contemporary townhouses. The main period of development began in the 1870s after the Great Fire, with contemporary structures from the mid-1900s.

The convent structure is a religious retreat center that rises between one and seven floors, built in 1967. Outside the historic time period of development, the exterior is clad in brick. Parking is located along W Fullerton Avenue, with an ornamental lawn along N Cleveland Avenue. It was originally designed by Charles Pope. 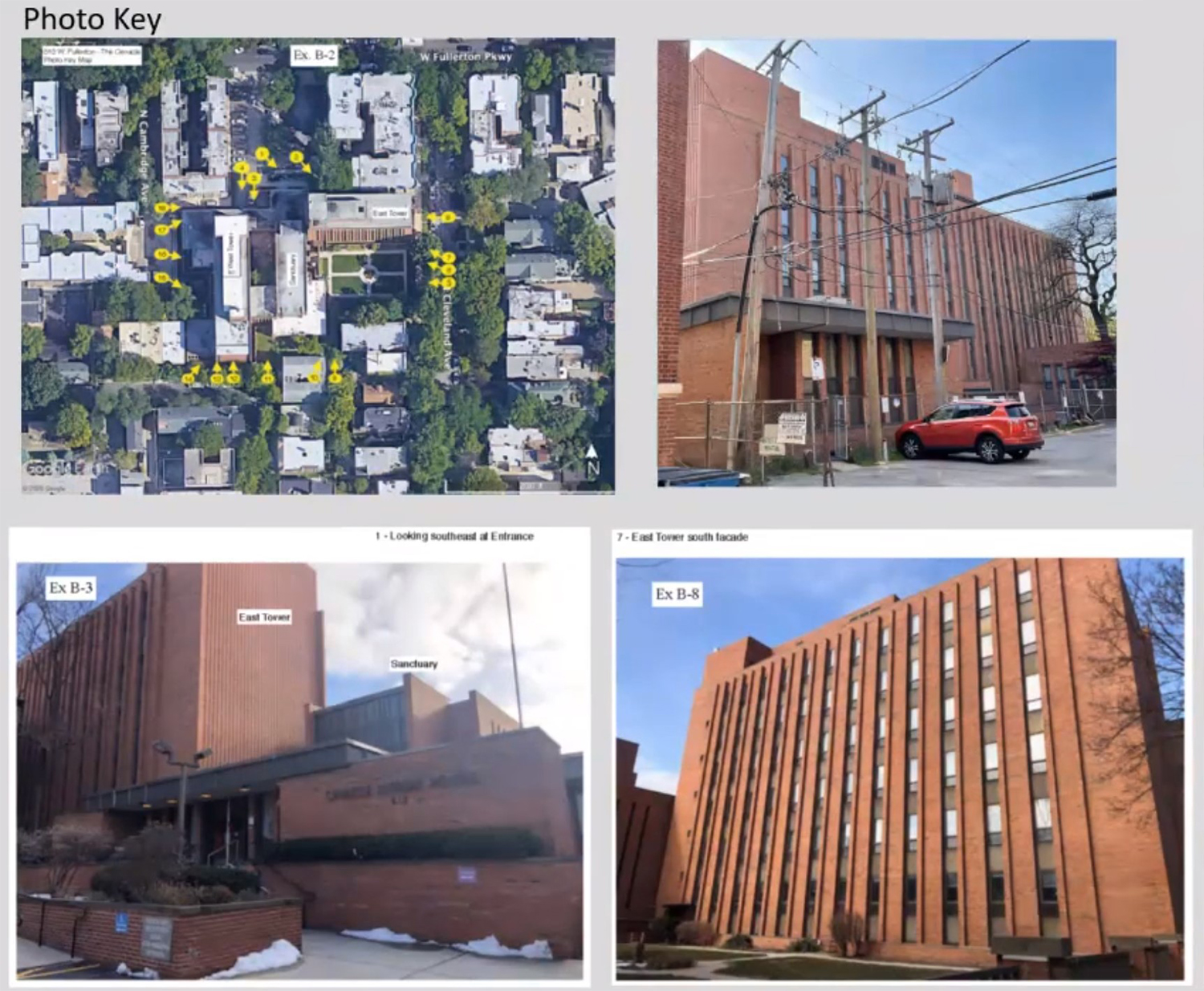 The second criterion is to determine whether the subject property exhibits the general historic and architectural characteristics associated with the district. The landmark area is home to Italianate, Queen Anne, and Romanesque Revival style structures, which are generally single-family homes or two to five apartment buildings. Facades feature cornices, double-hung windows, ornamental metalwork, stone accents, and raised front stoops.

The convent complex incorporates red brick with long narrow vertical piers and metal spandrels. According to the Historic Preservation Division staff, the edifice does not lack architectural character, but represents a later era and does not convey the historic character of the district.

A third factor in determining whether the property respects the general site characteristics. The complex has an irregular footprint and is set back from the adjacent street. Six- and seven-story structures hold sleeping and conference quarters with a one-story lobby, conference, and chapel space. All are connected by a basement with support, dining, and kitchen spaces. Most buildings in the district are on a typical residential lot with front and rear yards, often built lot line to lot line. It also includes courtyard residential buildings with light courts and interior courtyards. The convent is significantly different in setbacks, height, and massing.

The final criteria include whether the property exhibits the general size, shape, and scale associated with the district, whether the materials are compatible in character, color, and texture, and if the site has been altered, are the changes easily reversed or removed. The complex is substantially different in size and scale, rising seven floors and the brick cladding is compatible however it is used as decorative veneer rather than as load-bearing supports. Vertical bands of windows with metal spandrels are also not characteristic of the surrounding context.

Ultimately, the commission decided that the building is not contributing to the district, and won’t have an adverse effect on the landmark district. The committee approved the demolition as a result of that decision. Development plans for the site include the separation of the property into multiple lots with the construction of single-family homes and two-flats, with a possibility of a multi-unit structure. The final scheme has not been determined and will be reviewed by the Permit Review Committee in the future.