The Permit Review Committee has approved a proposed addition to Wendell Phillips High School at 244 E Pershing Road in Bronzeville. Located near the Giles-Calumet Landmark District, the school campus is bound by E 38th Street to the north, S Giles Avenue to the east, E Pershing Road to the south, and S Prairie Avenue to the west. The Public Building Commission of Chicago is the developer behind the proposal for Chicago Public Schools. 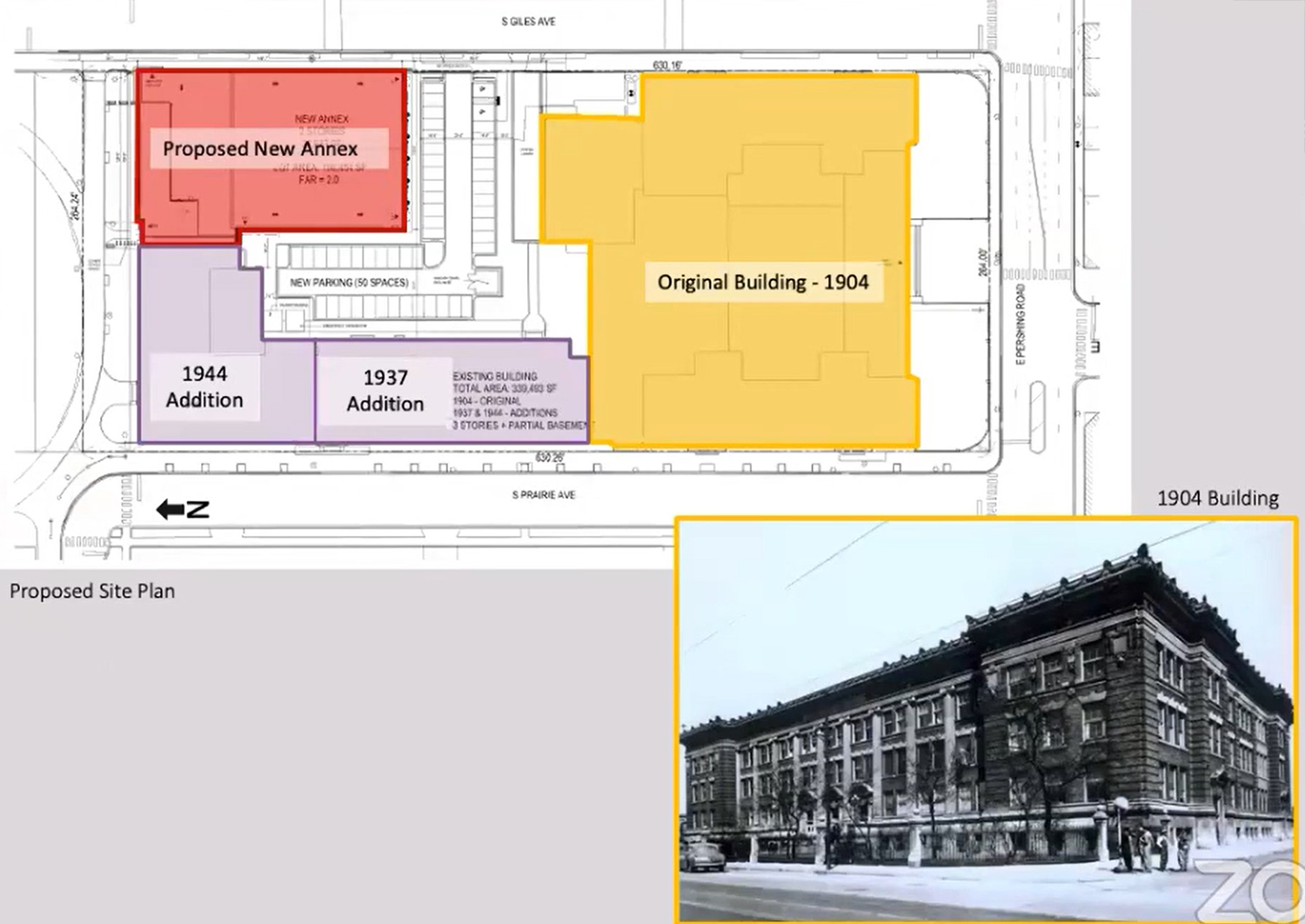 The existing school campus consists of an original three-story brick structure on the southern edge of the campus, built in 1904. Two additions on the eastern side of the site were constructed in 1937 and 1944. The school building from 1904 is landmarked, however the two additions are not included in that designation.

Designed by Moody Nolan, the new addition will replace a surface parking lot on the northeastern portion of the campus. Spanning 22,600 square feet, the two-story annex will primarily house a new gymnasium. The new entrance will be located at the corner of E 38th Street and S Giles Avenue. 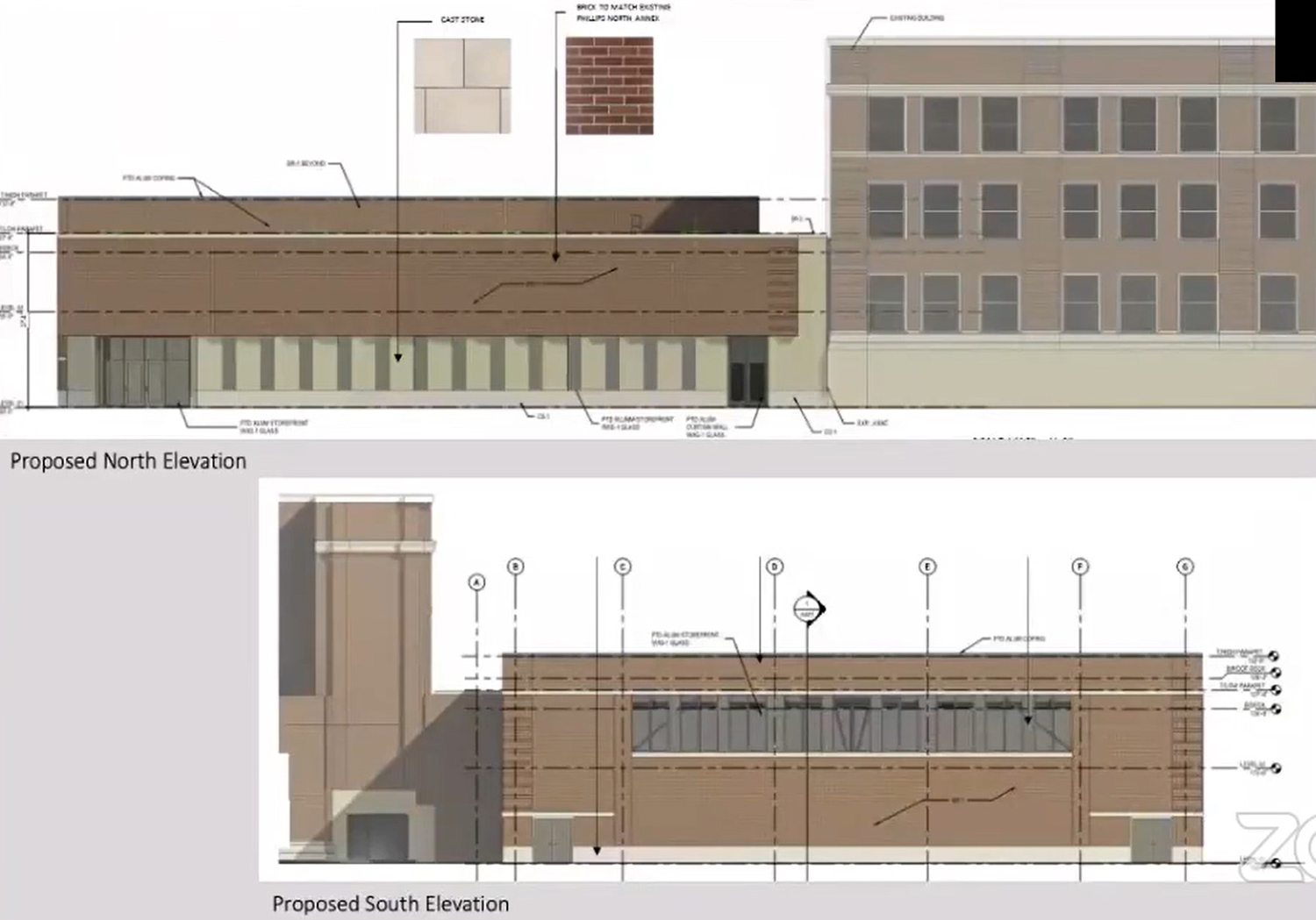 Designed with a simple, contemporary design that doesn’t distract from the existing school, the new volume will meet the property line, matching the protruding bays of the historic school building. Rising 33 feet, the structure will be significantly shorter, with a smaller volume connecting to the 1944 addition.

A band of windows on the second floor of the eastern and southern elevations will let light into the gymnasium. Windows will be framed by cast stone bands and sills. The elevation will be faced in brick, and cast stone will clad the base of the northern facade.

The development will receive Tax Increment Financing assistance to fund the project. An official timeline on the development has not been announced.