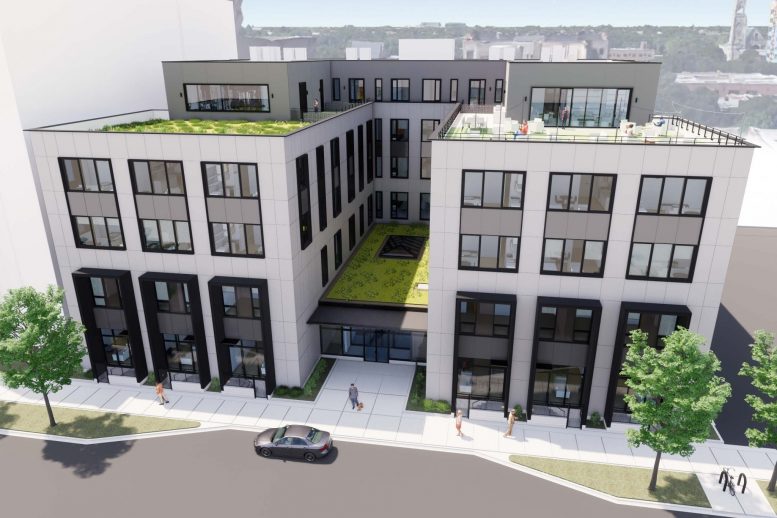 Site preparation is underway for a five-story residential building located at 5440 N Sheridan Road in Edgewater. 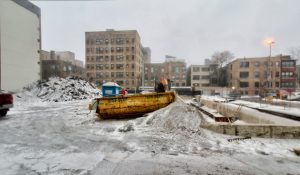 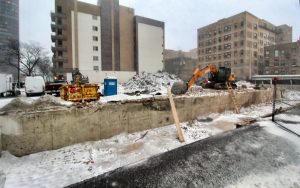 Developed by Cedar St. Companies, the project will house 78 residences, six of which will be townhome-style duplexes with three bedrooms each. The remaining apartments will be a mix of studios and one- and two-bedroom units. Several of these units will come with private attached terrace spaces. The fifth floor will feature a mix of amenity spaces including a fitness center, multiple terrace spaces, and an indoor lounge area. 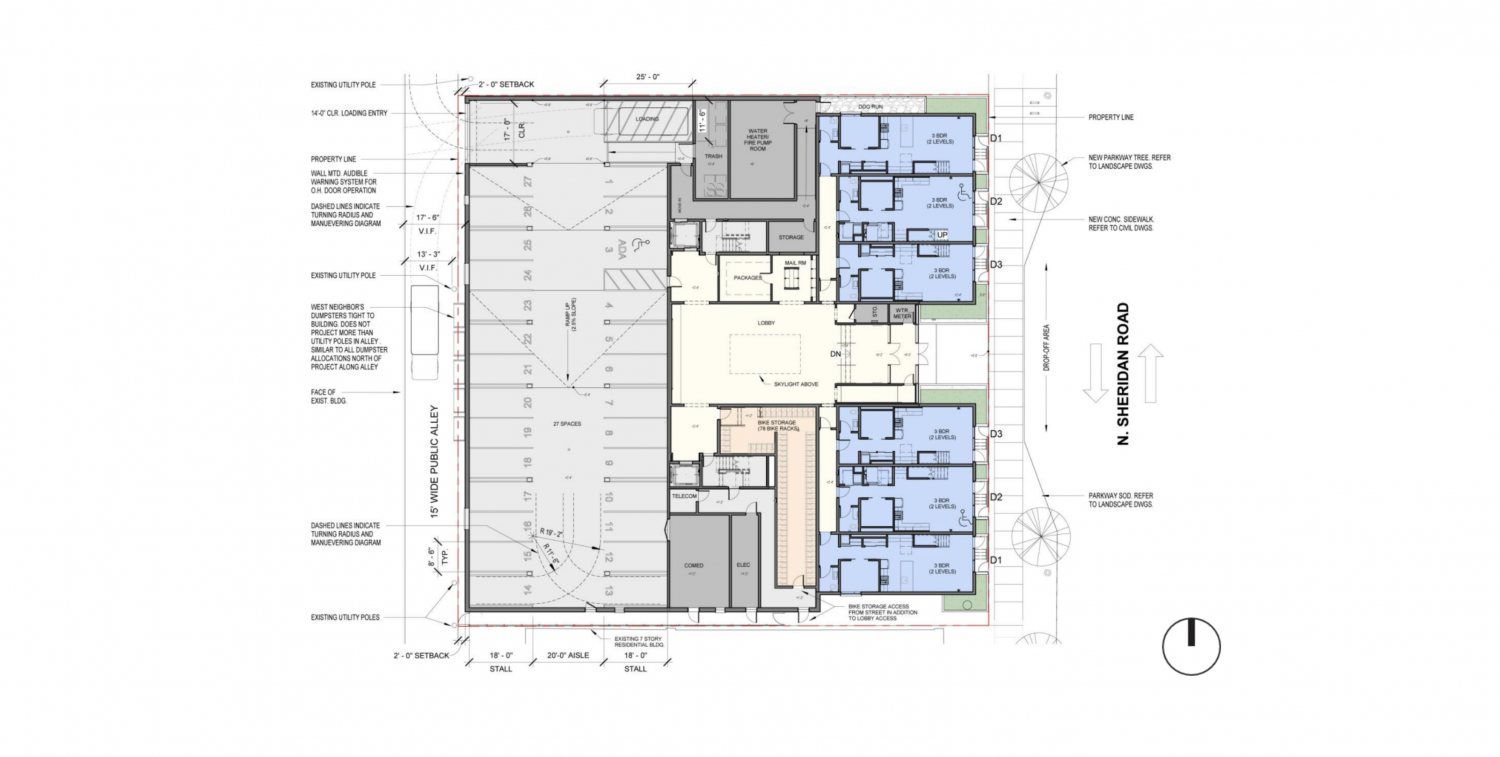 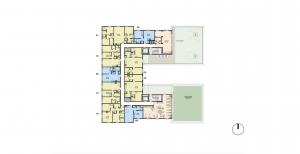 Booth Hansen is the architect, whose design is comprised of a symmetrical two-wing massing surrounding a central atrium on the first floor. The fifth floor will be set back to allow for the terrace spaces and a rooftop green space. The facade includes a contemporary mix of materials including fiber-cement board along the front portion, metal paneling throughout, and charcoal-colored brick at the rear base. 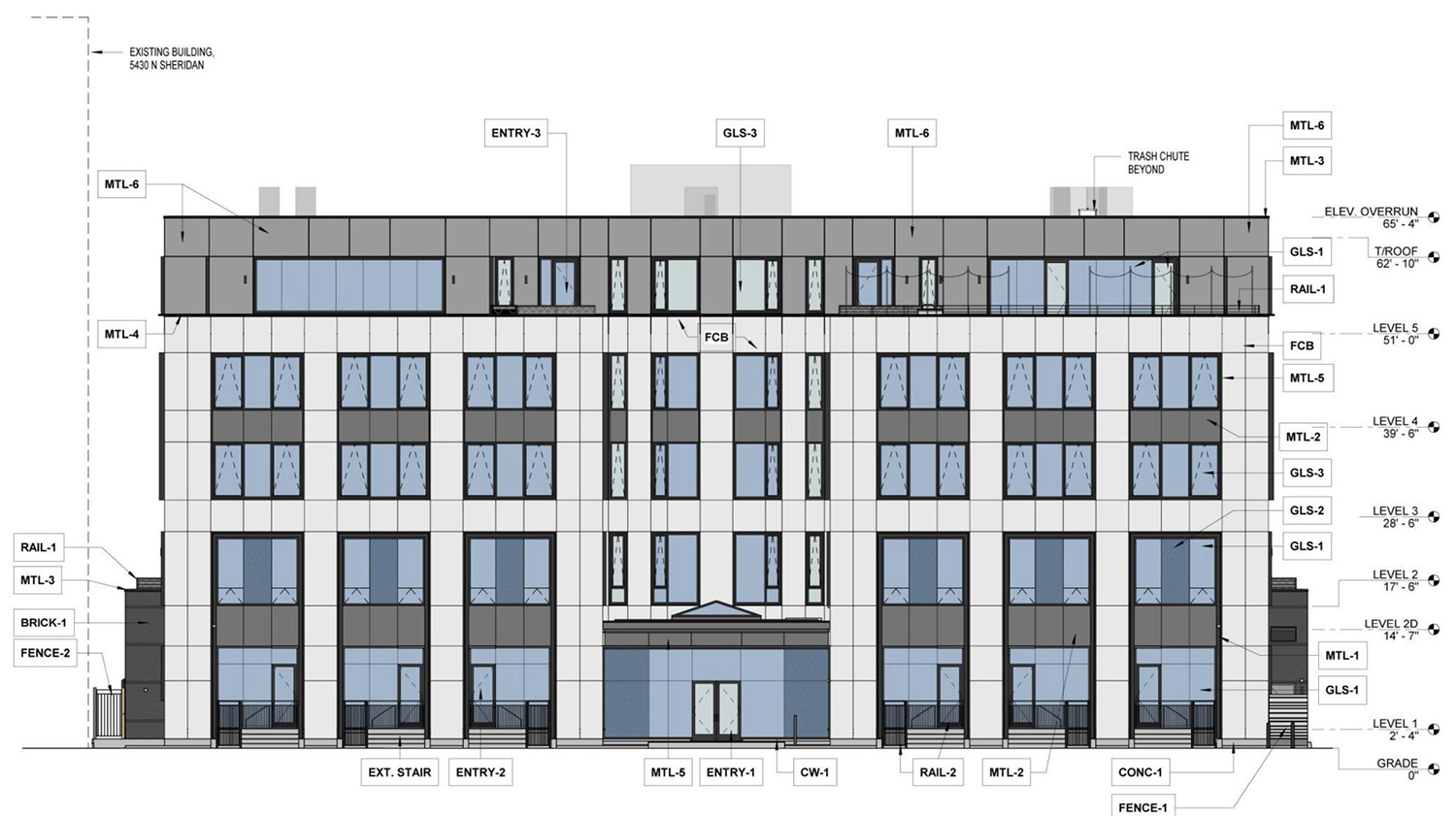 Parking will comprise of 27 spaces in an on-site garage located in the rear, as well as storage for 102 bikes. Other means of transportation include north and southbound bus stops for Routes 136, 147, and 151 located less than a minute walk north to Sheridan & Catalpa. Other stops in the vicinity can be found for Route 84 to the north, Routes 92 and 146 to the south, and Route 36 to the west. The CTA L meanwhile can be found for the Red Line via Bryn Mawr station, located a seven-minute walk northwest. Residents will also find the Red Line at Berwyn station, a 10-minute walk southwest. 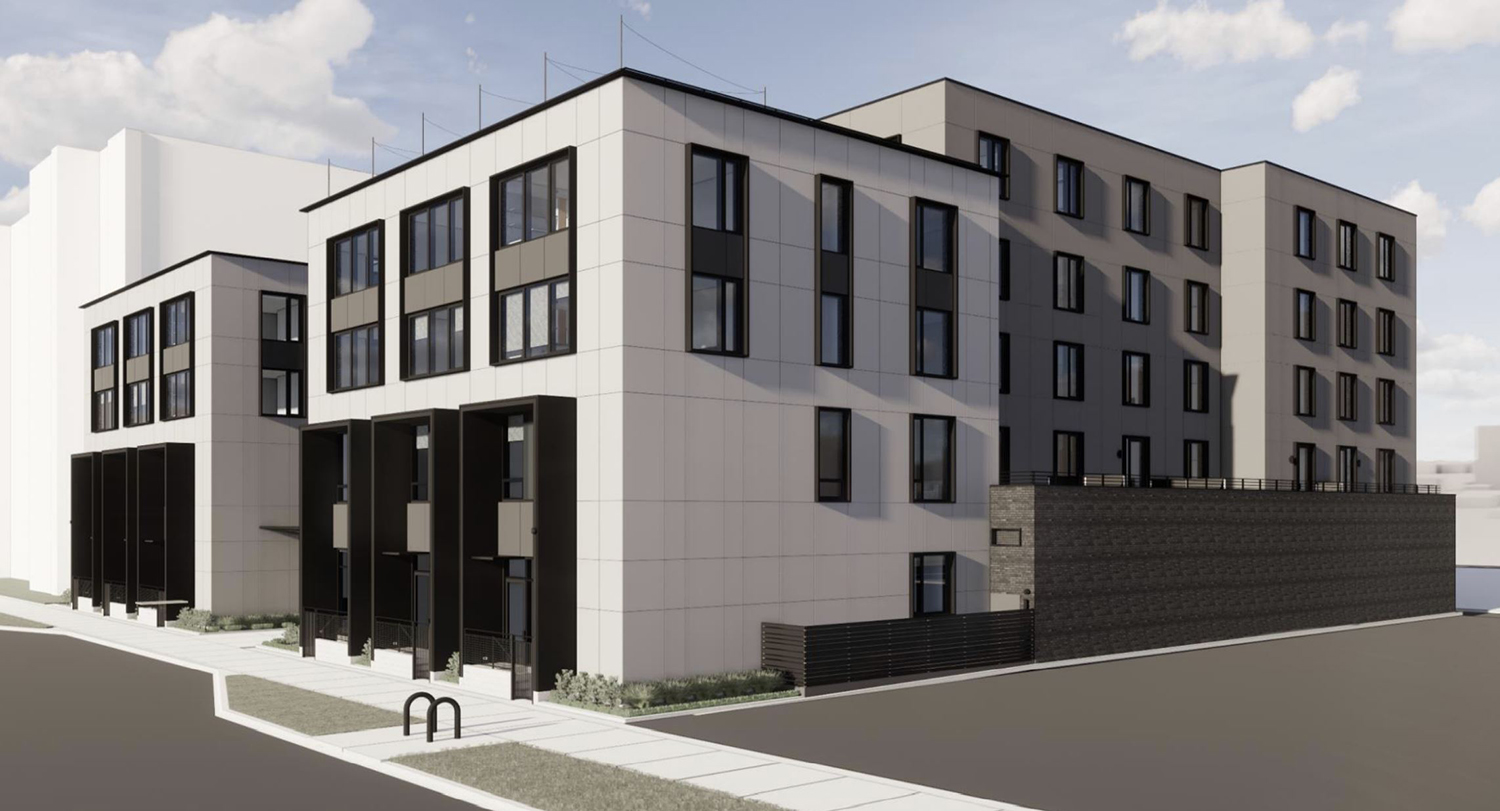 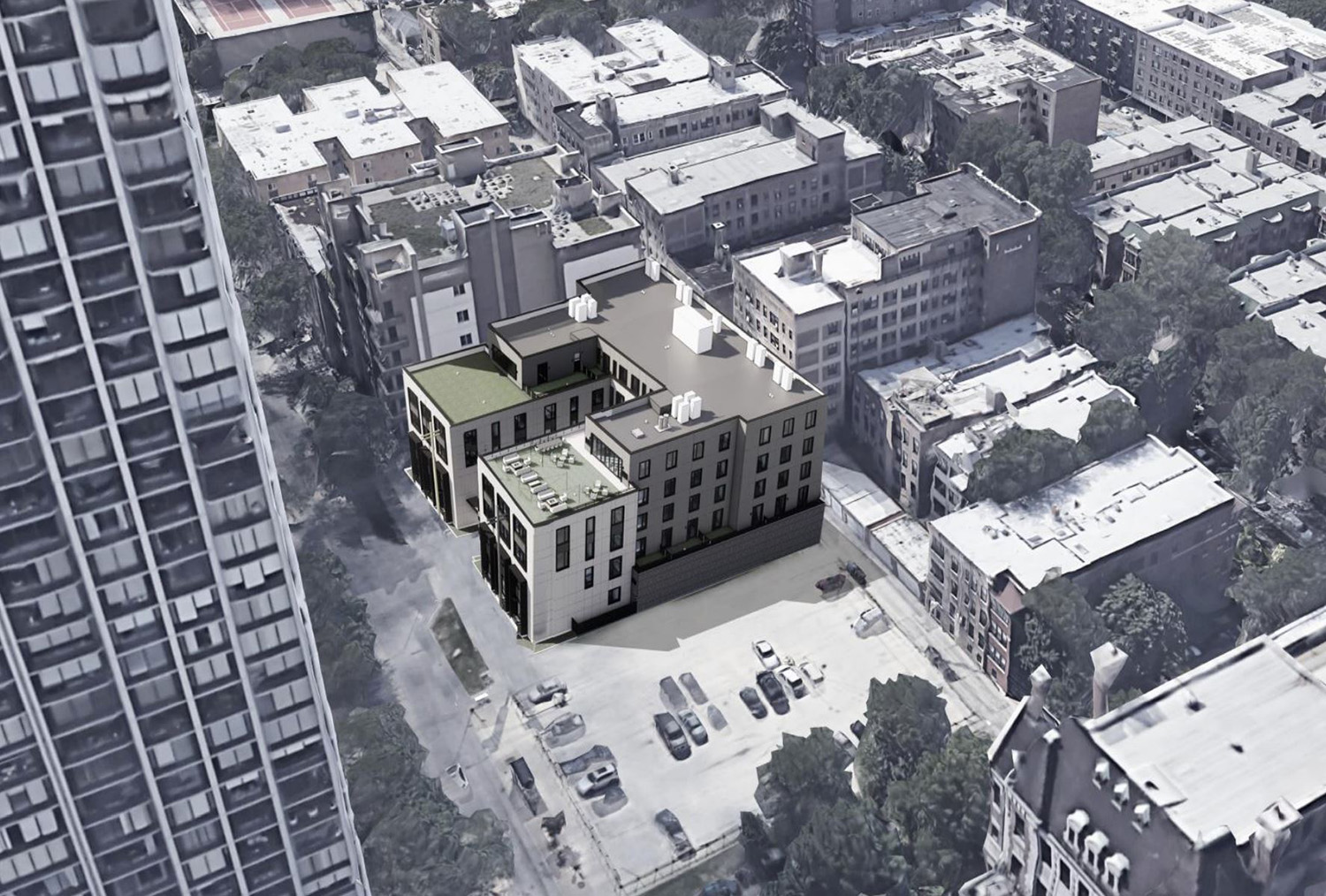 Outdoor spaces can be found close by along the lakefront, with venues such as Hollywood Beach and Edgewater Park, all within a seven-minute walk from the property. 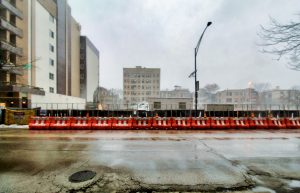 Method Development LLC is the general contractor behind the $23.5 million undertaking, whose construction is set to replace a former parking lot. A target move-in date is anticipated for 2022.