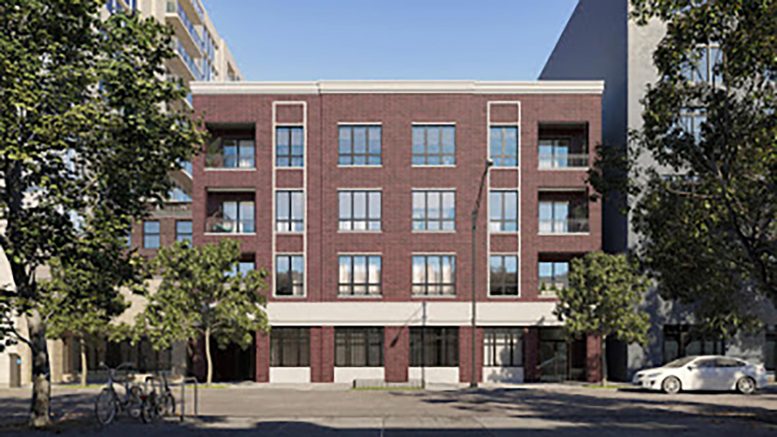 Final facade work is underway for a four-story residential building located at 4712 N Sheridan Road in Uptown. Originally filed under 4714 N Sheridan LLC and developed by Mavrek Development, the project is set to contain 30 total residences, with 19 on-site parking spaces and 24 bike spaces. The site was previously occupied by a single-story masonry commercial building. 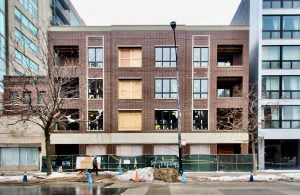 Christopher Boehm of 360 Design Studio is the architect of record, whose design is comprised of masonry frontage, with secondary stone accents throughout. A series of balconies has also been integrated along the corners.

Residents will be centrally located to multiple transportation options including north and southbound stops for bus Route 151, less than a minute walk south at Sheridan & Leland. East and westbound stops for Route 81 can be found via a three-minute walk north at Lawrence & Sheridan. Other buses within a 10-minute walking radius comprise of Routes 136, 146, and 148 to the east, Route 78 to the south, and Route 36 to the west. 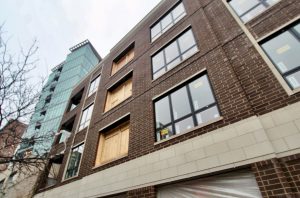 As far as CTA L service, the nearest station is the Red Line’s Lawrence station, located a six-minute walk northwest. Wilson station is also in the vicinity, located a seven-minute walk southwest and serviced by both the Red and Purple Lines.

Nearby outdoor spaces include Arai Campus Park, less than a four-minute walk east as well as the Montrose Beach area with a host of recreational venues all within a 15-minute walk east. 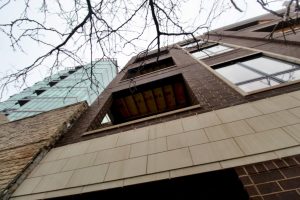 Mavrek Inc. has served as the general contractor for the approximately $4 million construction project. A full opening appears on track for later this year.