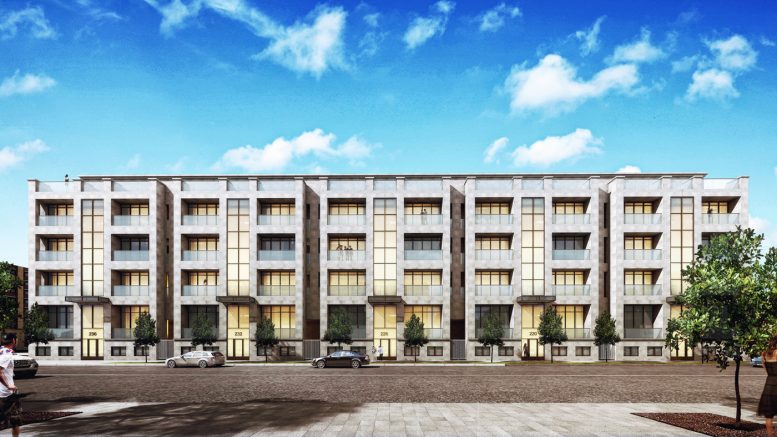 Grade level work continues for a six-story condominium building that will be the fourth in a five-building complex known as West Loop Collection. Developed by POGN Development and located just outside of Greektown, the project will provide a total of 40 units. The official addresses lie at 210-240 S Green Street. 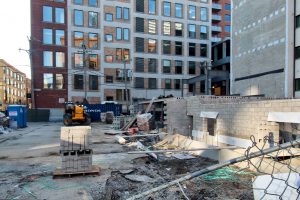 Each building will house four duplexes and four single-floor residences, ranging in size from three to five bedrooms. Each residence comes with over nine-foot ceiling heights, a large kitchen island, a walk-in-closet in the master bedroom, and finishes such as Copat Italian Cabinetry. All units will have at minimum balcony space facing out onto S Green Street. Duplexes will come with additional terrace space, with the penthouse duplexes including a large sixth-floor terrace. 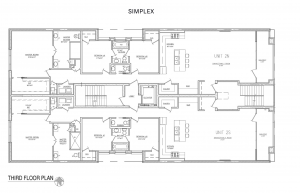 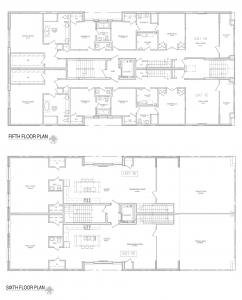 Single-floor “simplexes” will begin at roughly $1 million, and will scale up to just under $2 million for the penthouse duplexes. 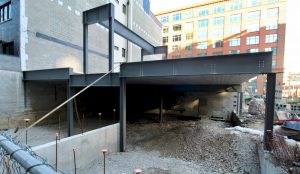 The project’s architect is Jorge Fajardo of JEF + Associates. The firm’s design consists of limestone and brick along the exterior, prominent balconies and terrace setbacks, and cutouts in the exterior allowing for more natural light between each of the five buildings. All five buildings are near identical in their design. 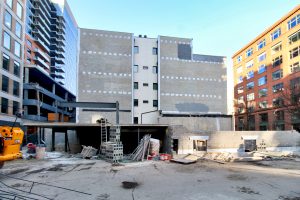 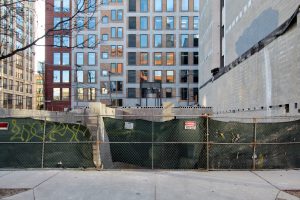 Those wishing to access the CTA L can find Blue Line access at UIC-Halsted station a five-minute walk south. Nearest Pink and Green Line access can be found via a 14-minute walk northwest. 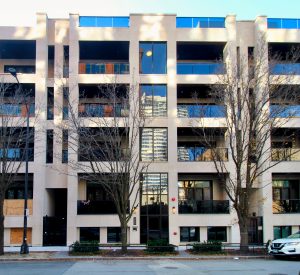 Residents will also find Mary Bartelme Park less than a block to the northwest. 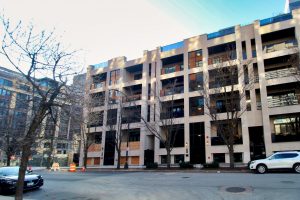 NGN Construction is the general contractor for the construction. While three of the five buildings are either complete or nearly complete, extensive construction is still required on the remaining two. A completion timeline for these two structures is not currently known.