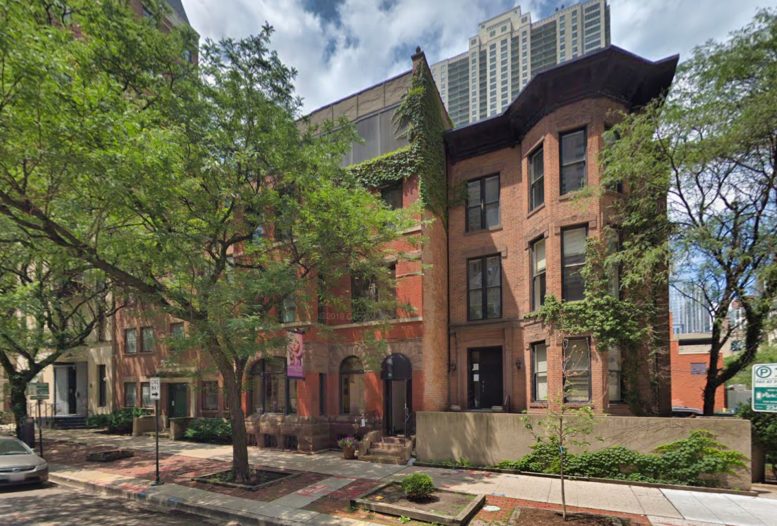 Demolition is underway for two three-story masonry buildings located at 16-22 W Erie Street in River North. Both of the permits, which were issued in November of last year, were filed under the name KKDD LLC. An additional third building located at 14 W Erie Street is also slated for demolition, but the process is pending given its landmark status. 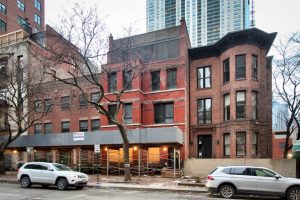 Rebel Hospitality, who owns all three parcels, has not revealed its development plans. However, the parcels are zoned for DX-5, which would allow for a higher-density development. This designation permits high rises with offices or apartments and ground-floor retail, and no maximum height. However, any future construction’s height would be regulated by a Planned Development review, and a floor area ratio of 5 (where the building’s square footage could not exceed five times the area of the property). 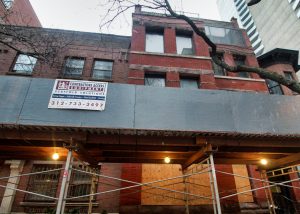 The site is surrounded by multiple transportation options, including buses 22, 36, 65, 66, 125, and 156 all within a three-block radius. Slightly further east along Michigan Avenue are additional stops for Routes 3, 26, 143, 146, 147, 148, and 151. Multiple CTA L lines lie within the area as well, including the Red Line’s Grand station and Chicago station, each located within a four-minute walk. The Brown and Purple Lines can also be found in the vicinity, located at the other Chicago station a nine-minute walk northwest.

Any future project would lie within a prime commercial location, with a wealth of retail and dining options in all directions. 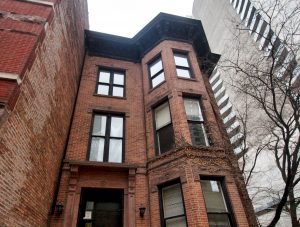 Atlas Industries Inc has served as wrecking contractor. An on-site worker mentioned that demolition work is currently underway at the roof-level, and the whole operation will likely continue for at least another month. It is unclear if Rebel Hospitality plans to redevelop the land itself or sell it to another developer. Full timeline details are not yet known.