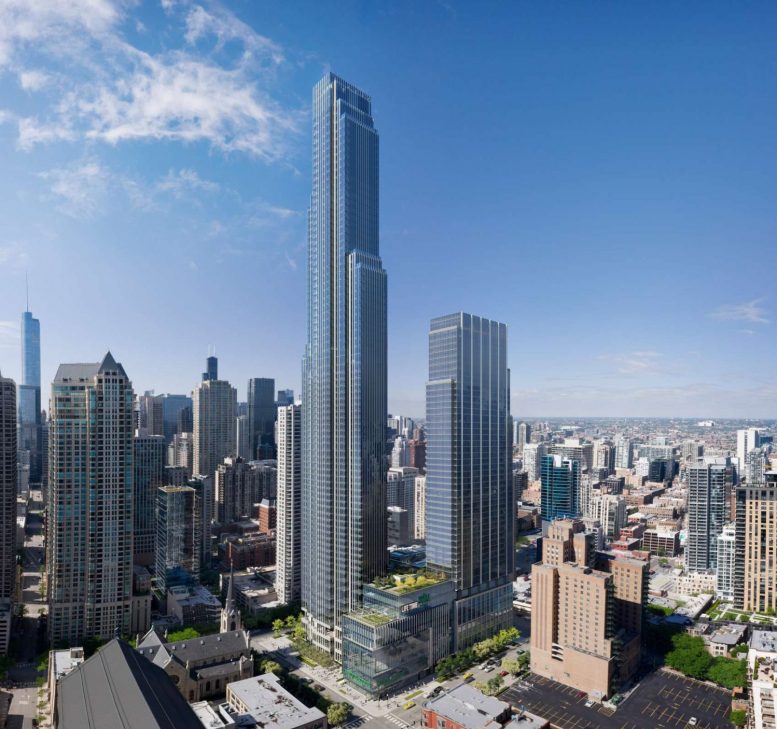 One Chicago (west tower on right). Rendering by HPA and Goettsch Partners

Structural work is nearly two-thirds complete on the 74- and 49-story towers that comprise JDL‘s massive One Chicago Square mixed-use development, located near the northeast corner of River North. Set to reach 971 and 574 feet to their respective pinnacles, the taller eastern tower takes third place in Chicago YIMBY’s end-of-year development countdown. 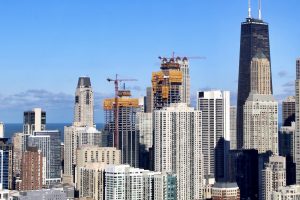 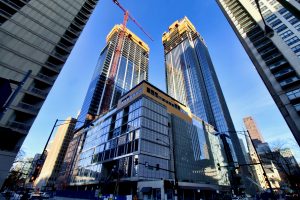 The 2.2 million-square-foot complex will include a large six-story podium with 188,000 square feet of retail (including a Whole Foods), restaurant space, and 55,000 square feet of offices. For the residential portion, the project will yield a total of 812 units. 735 of these units will be apartments dispersed throughout the podium, shorter tower, and lower floors of the taller tower. Apartment residents will have access to a vast seventh-floor amenity deck atop the base with an integrated urban park and a fitness center. 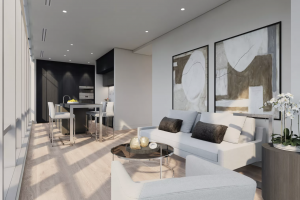 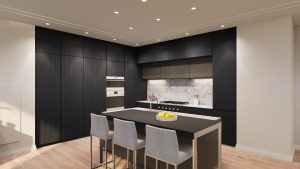 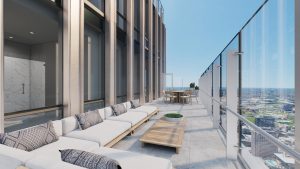 The remaining 77 condominiums will begin on the 44th floor of the taller eastern tower and extend upward to its top 74th floor. Known as One Chicago Residences, these will come with their own assortment of exclusive features, including a covered motor court and dedicated valet upon entry. Within the eastern tower, residents will find exclusive amenities on the ninth and 10th floors. Occupying these two floors is the Life Time Athletic Resort and Spa’s diamond level private club, which includes spa treatment, rooftop pools, a fitness center, and a cafe. The 10th level will also host indoor and outdoor lounges with grilling and skyline views. 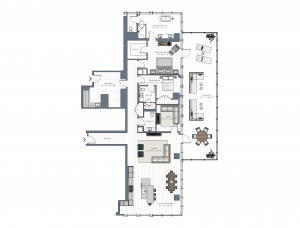 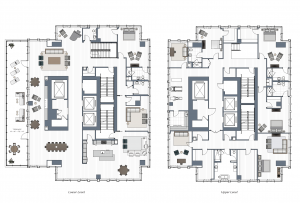 In-unit condominium features include but are not limited to walnut front doors with stainless steel details, recessed LED lighting, European oak engineered wood floors, up to 11-foot ceiling spans, floor-to-ceiling windows, high-end kitchen and bath appliances, and sound-dampening insulation in the walls and floors. Many of the condos will also feature balcony spaces, with 14 having access to large terraces between 700 and 1,000 square feet. Current listings show sizes beginning at 1,270 square feet for one-bedroom units, and ranging up to 10,412 square feet for a five-bedroom duplex with an added 965 square feet of terrace space. A 2019 Curbed article reported prices ranging from $1.75 million to $28 million. 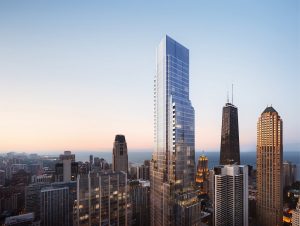 One Chicago Square. Rendering by HPA and Goettsch Partners

The overall design is a partnership between Hartshorne Plunkard Architecture and Goettsch Partners, with towers that feature a variety of setbacks forming an integral part of their massings. Most notably are the terraces on the taller tower that spiral up its sides, leading to an elegant tapering effect that accents its verticality. Further emphasizing the scale of the two skyscrapers are a series of vertical aluminum fins between the glass curtain wall. The development’s marketing website mentions inspiration from Chicago’s history of art deco architecture. 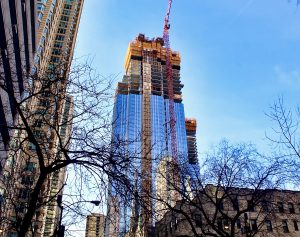 While parking will include 1,100 spaces both within the podium and below-grade, the complex’s occupants and visitors will have access to a multitude of public transit options nearby. Immediate bus service lies at the northeast corner of the property along the Chicago & State intersection, with both east/westbound stops for Route 66 and north/southbound stops for Route 36. Meanwhile, at the site’s northwest Dearborn & Chicago corner includes a northbound stop for Route 22, with its southbound counterpart one block west at Clark & Chicago. 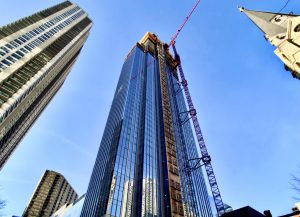 Nearest CTA L transit consists the Red Line’s Chicago station directly below the adjacent State & Chicago intersection. Availability for the Brown and Purple Lines can be found via an eight-minute walk directly west to the other Chicago station. 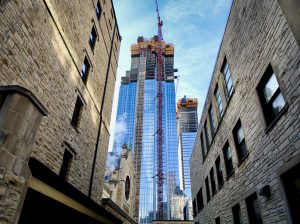 Outdoor spaces in the vicinity comprise of Washington Square Park to the northwest and Lake Shore Park to the east. The general vicinity includes a wealth of other interest points, including Magnificent Mile, the lake shore, and a dense collection of retail and dining. 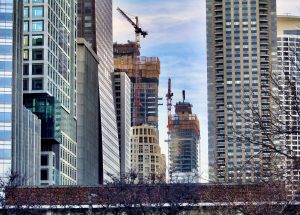 Updated photos show the sheer scale of One Chicago, whose taller tower is now visibly emerging above the surrounding plateau of other structures. Upon its completion, this edifice will claim its title as eighth tallest in the city, and establish itself as a visual focal point embedded within the skyline. Power Construction is the general contractor for the $850 million undertaking, with an expected completion date in 2022.