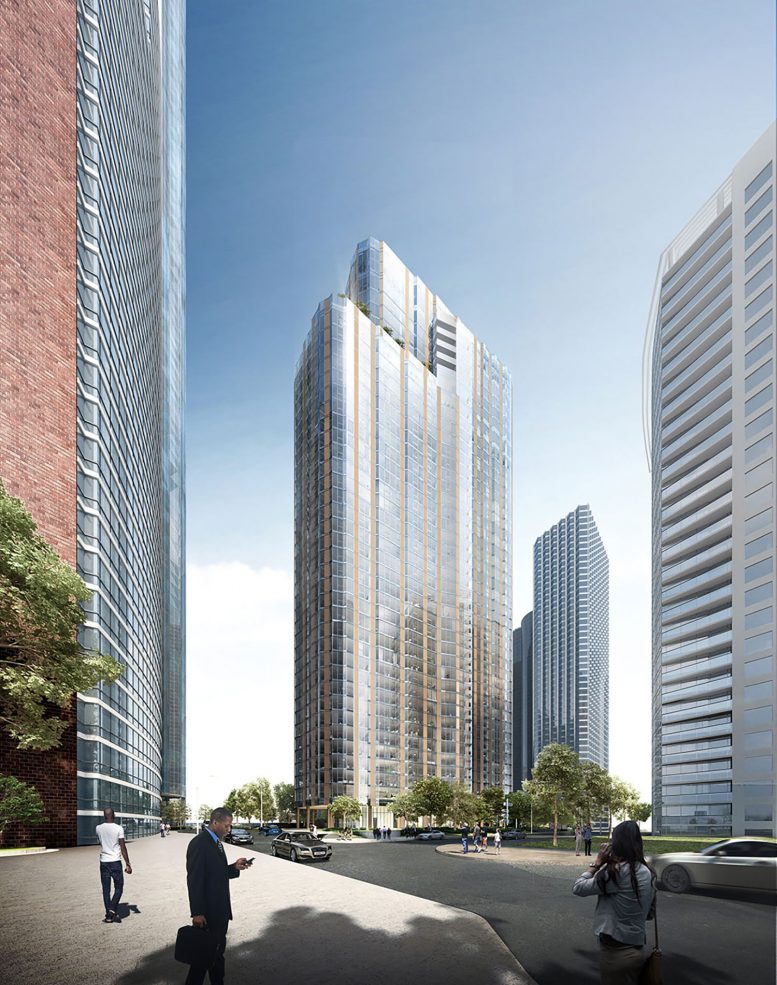 Construction on Cascade has topped out 396 feet over Lakeshore East. Officially addressed at 455 E Waterside Drive, Cascade is part of the larger Lakeshore East development within the Parcels IJKL. The site sits between N Harbor Drive and Lake Shore Drive, just south of the multi-level Wacker Drive. The towers are being developed by Lendlease and Magellan Development Group, with bKL Architecture in charge of the design. 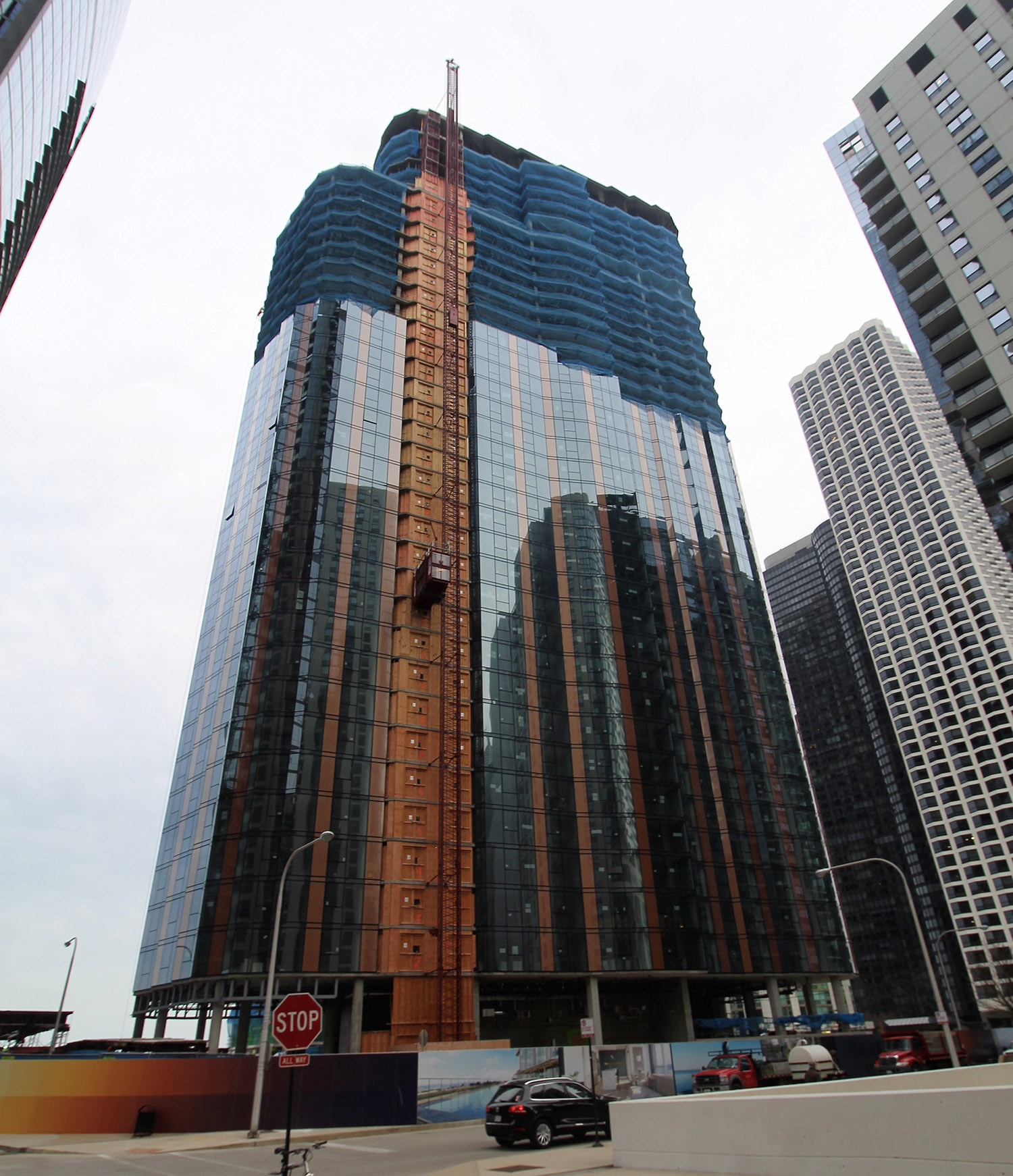 Photos show the concrete structure topped out above the development. The curtain wall façade has reached the 24th floor, with blue construction netting filling in the floors above. The construction hoist interrupts the consistent glass façade on the lower floors, giving crews access to the building during construction. The coloration of the glass that rises vertically on the tower is visible in the installed portions. A staging dock for material lifts can be seen protruding from the structure. 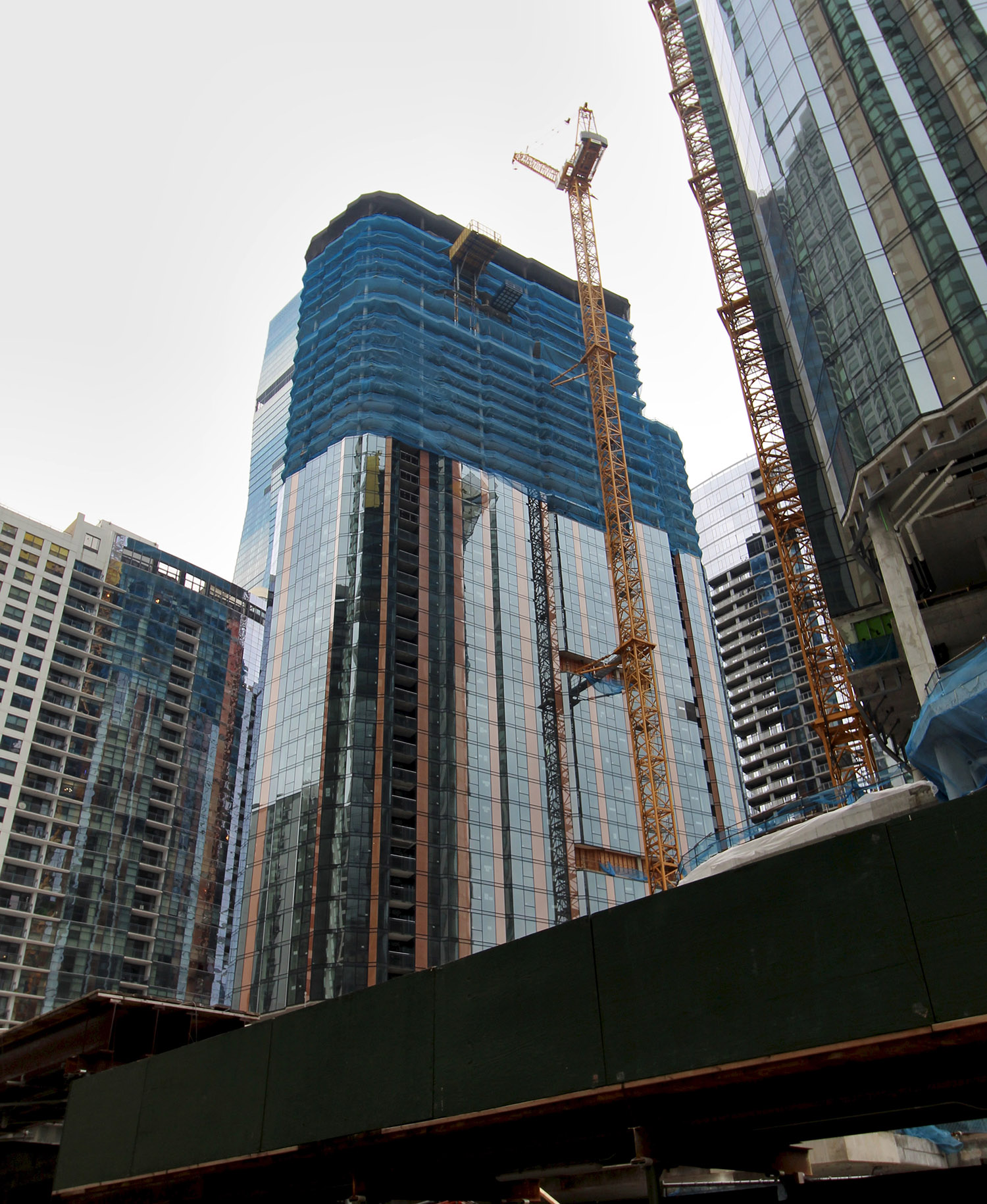 Cascade will be a 37-story residential tower, rising 396 feet. The multifamily building will hold 503 units and be positioned to provide optimal access to light and views of the lake, river, and newly implemented Cascade Park. Cascade’s design responds to the natural elements of the site’s context, which is expressed in a fluid massing and the reflection of a continuous glass façade. The project separates itself from the rest of the master plan via its copper metal expression panels on the exterior of the building. 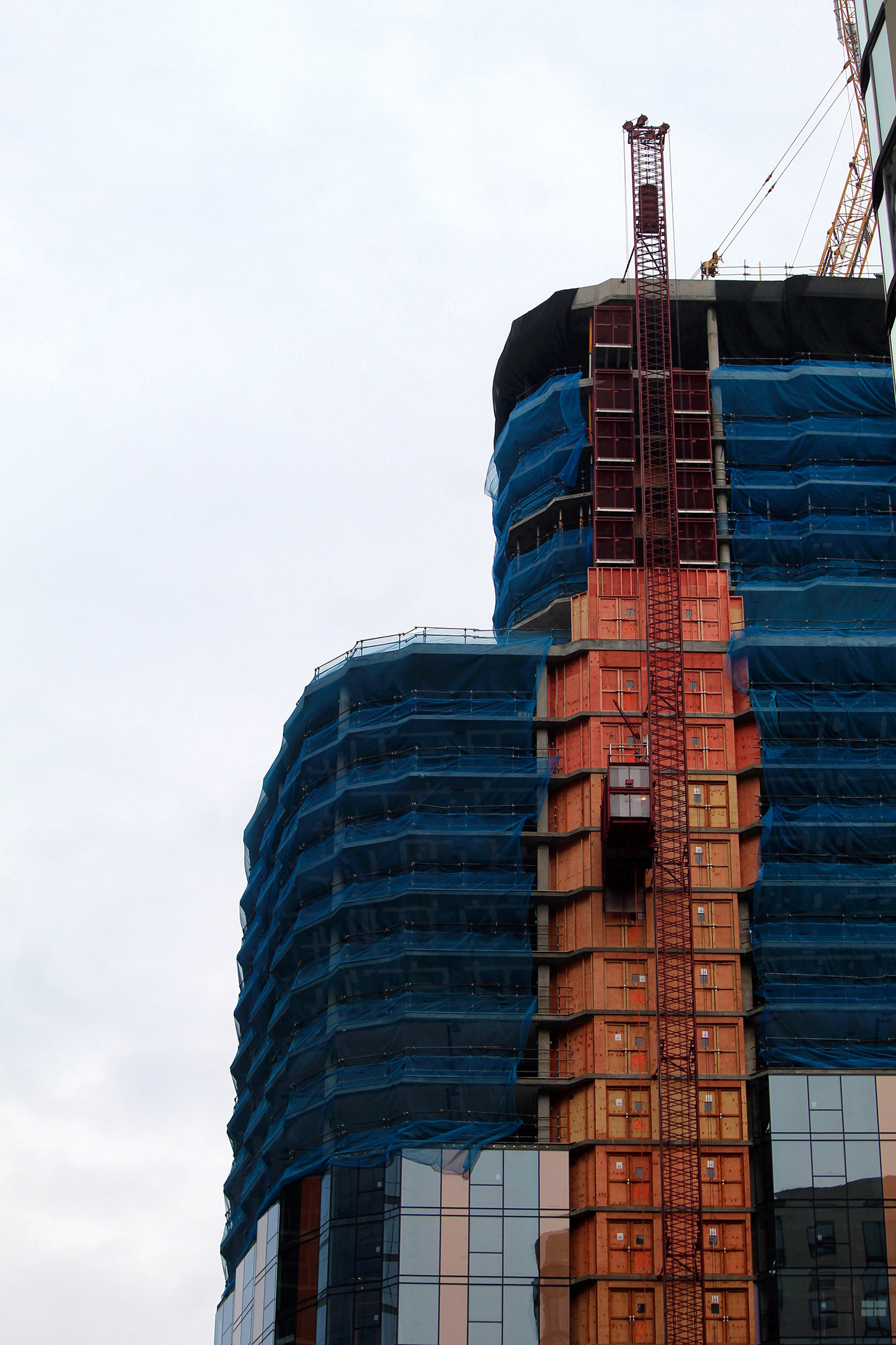 Cascade features an interior design, where both the layout and amenities are framed around community. The tower’s pool deck rises six feet above the park level, offering views of the skyline and new park. The project also features multiple communal lounges throughout and shared fire pits on the roof deck, all designed with interaction as the core inspiration. 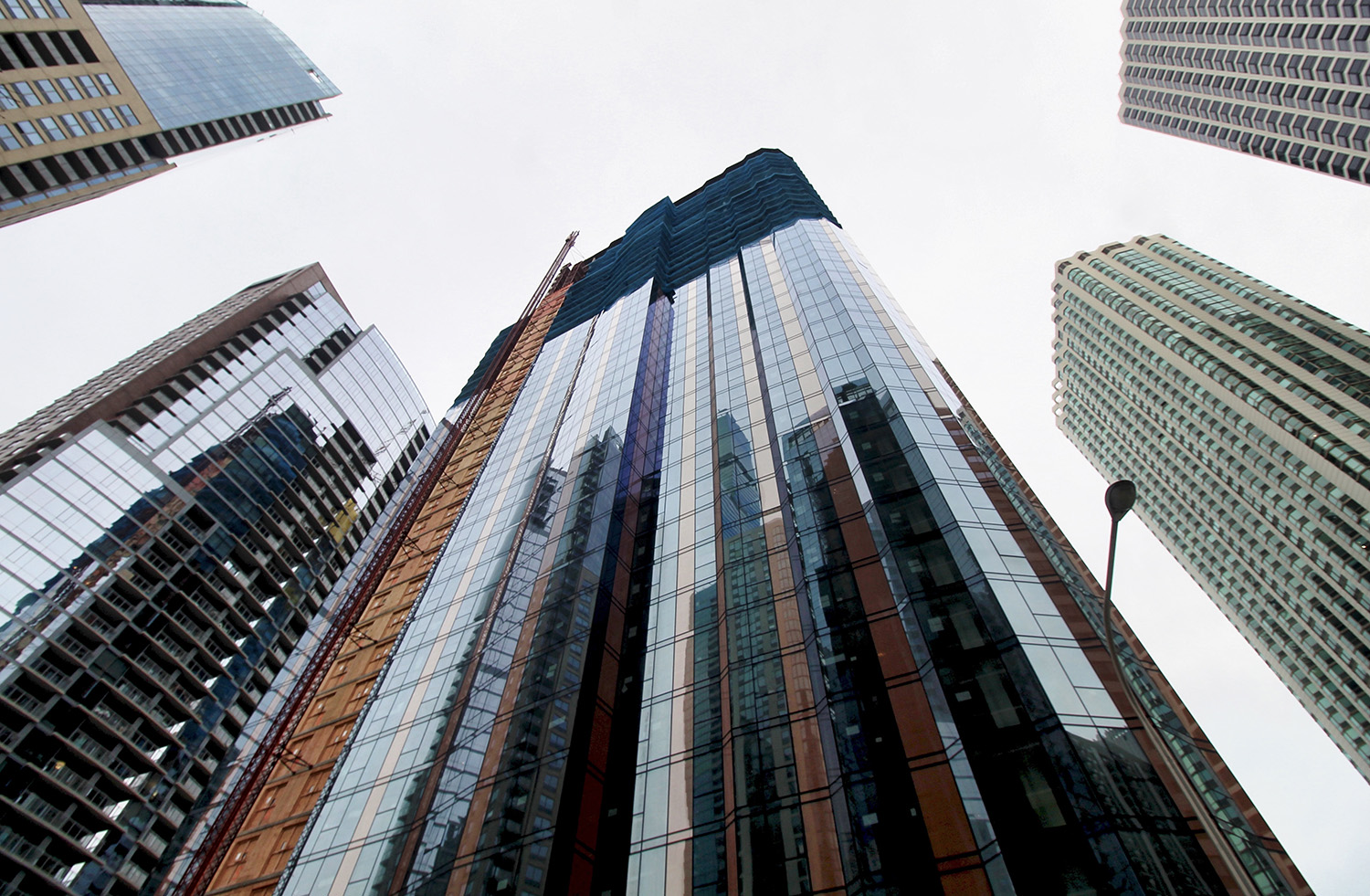 The nearest public transportation is the 60 CTA bus route, accessed at the Harbor Drive and Randolph stop, a three-minute walk from the site. The nearest CTA L stations are the State/Lake and Washington/Wabash stops, both serviced by the Brown, Green, Orange, Pink, and Purple Lines, each approximately a 15-minute walk away. Additional nearby transportation includes an easily accessible bike path alongside Lake Shore Drive.

With the structure topped out, construction is expected to be completed in 2021. Lendlease Corporation is listed as the contractor for the development.