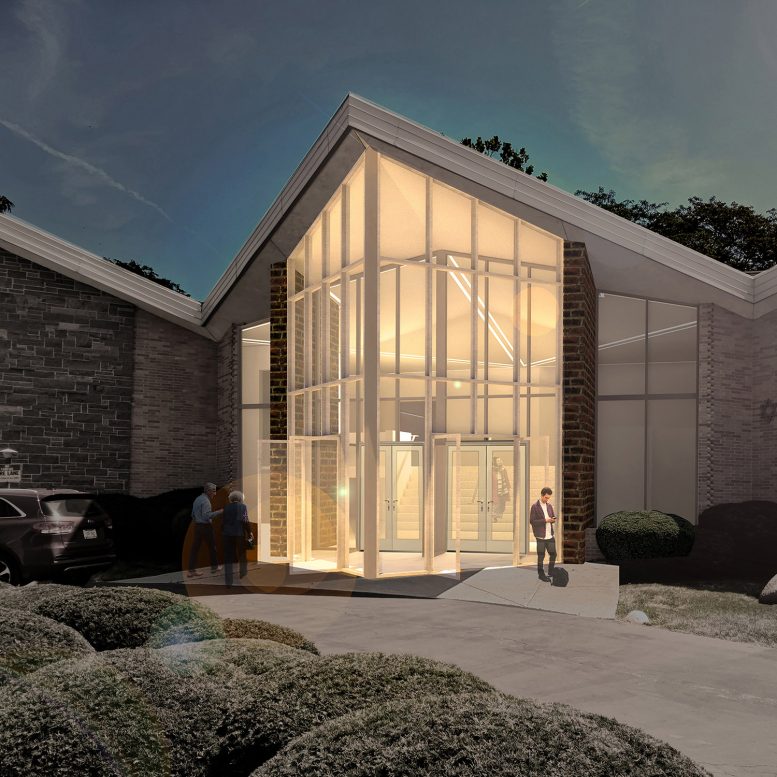 Renderings have been revealed for the new Skokie Valley Synagogue renovation, located at 8825 E Prairie Road in Skokie. Located along E Prairie Road, the renovation project will upgrade and revitalize the synagogue built in 1960 to better serve the local Orthodox community and reflect the congregation’s values.

Designed by Studio ST Architects for the Skokie Valley Agudath Jacob Synagogue, the updated spaces, including the entry lobby and sanctuary, merge the Synagogue’s focus on accessibility and equality with aesthetically driven changes that create a lighter and more ephemeral feeling. 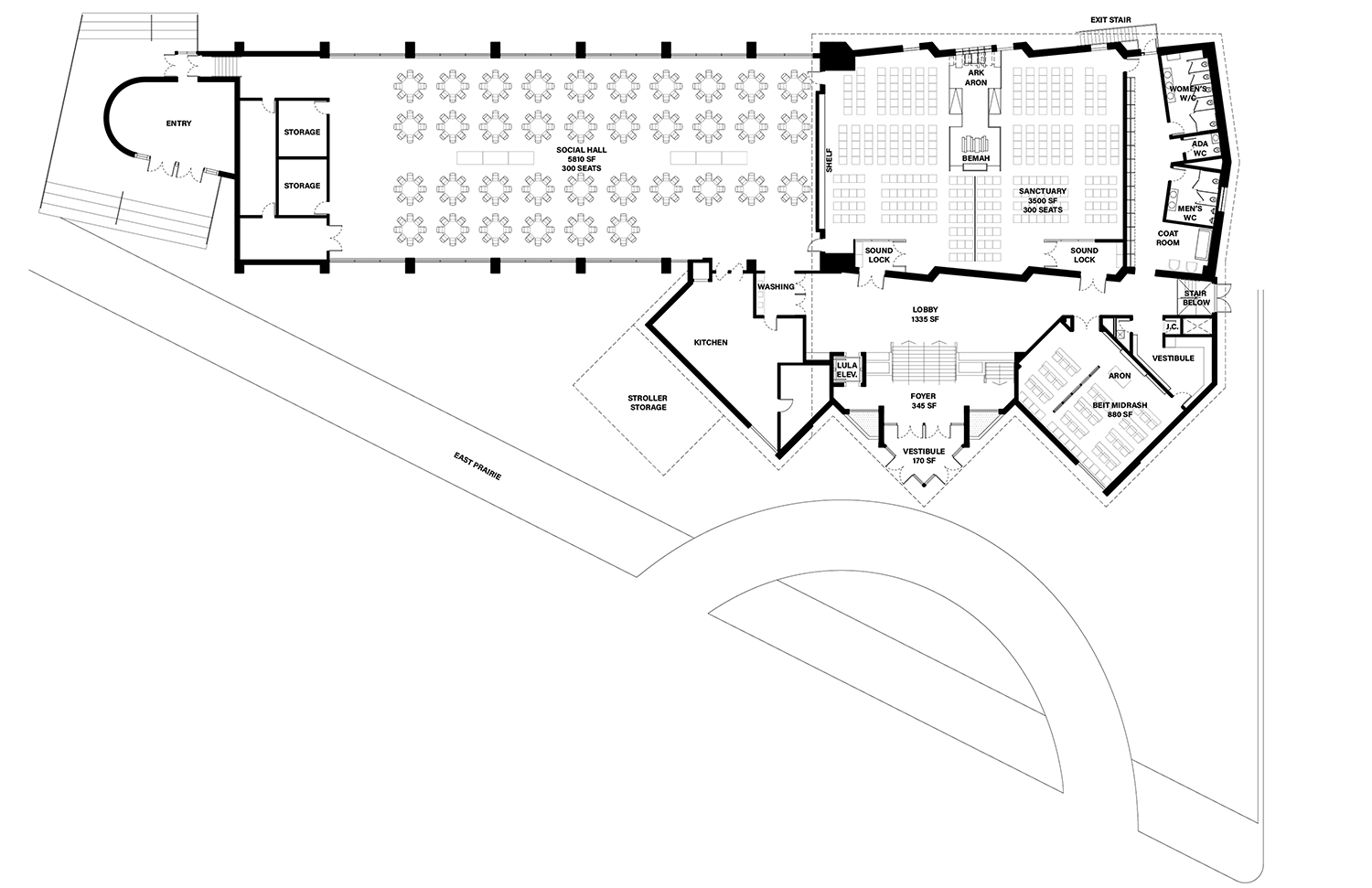 The original sanctuary was austere and dark, with tan brick walls, colored glass windows, and large candelabra chandeliers. It was designed at a time when synagogue services were more hierarchical, led by the Rabbi and Chazan, the prayer leader, standing on a large stage and performing for the audience seated in an auditorium-like seating. In contrast, the new design is flexible, allowing the services and events to be held in a participatory and egalitarian manner. Seating is reoriented to face east in accordance with the traditional Jewish direction of prayer towards Jerusalem. The ark and Bemah, the reading and prayer platform, are relocated to the center of the sanctuary, so that the congregation wraps around this focal point where the Torah reading takes place and the voice of the Chazan reverberates outward. 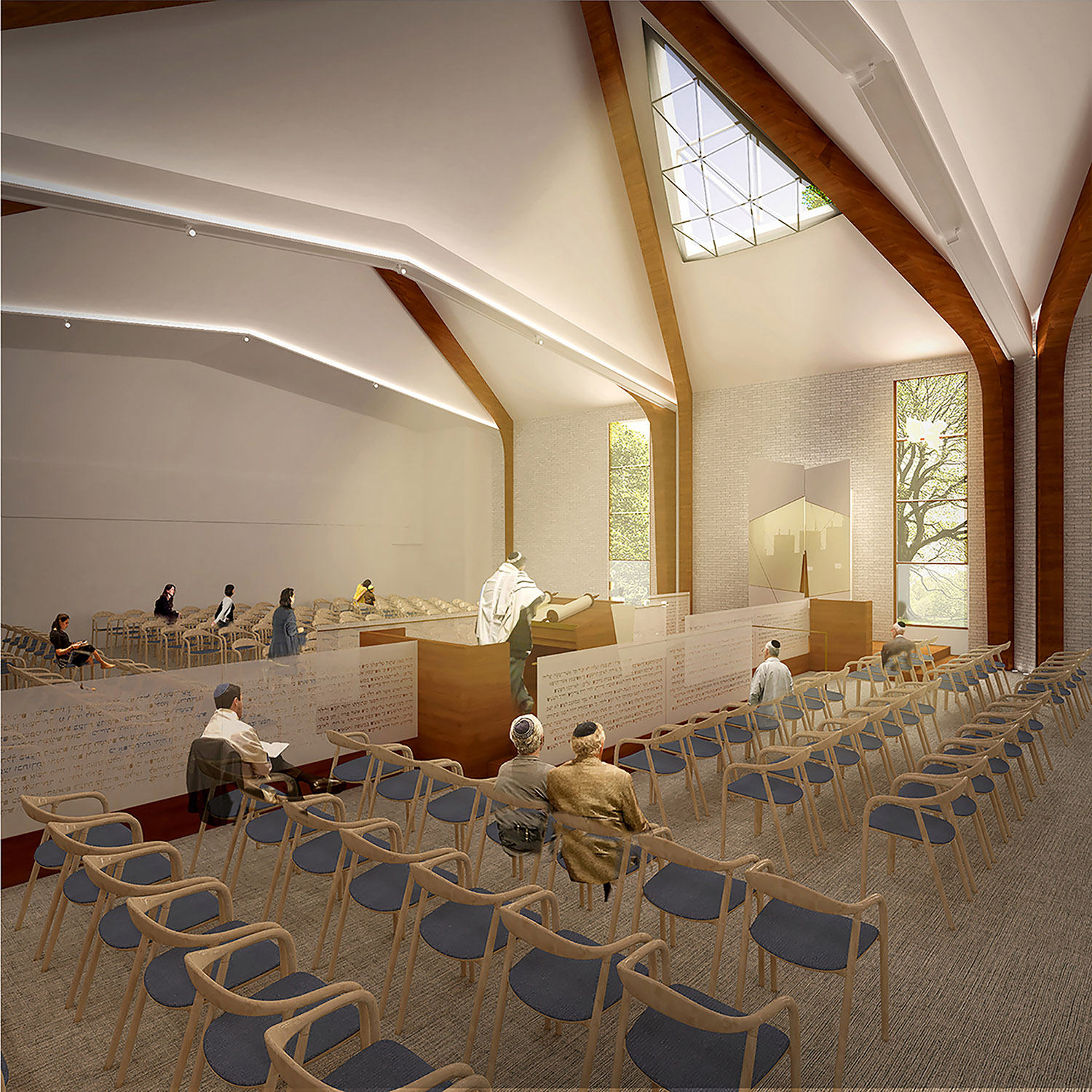 Accessibility and inclusivity were central goals for the renovation. The congregation, which had an older aging population, has recently seen a big influx of new younger families. There was therefore a need for the new design to suit a wide range of user groups. In the sanctuary, two crisscrossing ramps that extend from separate men’s and women’s entrances to the central raised platform create a raised shared space, accessible to everyone. The seating can easily be rearranged to accommodate various activities and sizes.

Light and sound are two other important aspects of the synagogue renovation. A new skylight above the Bemah brings light and focus to the central point. A secondary layer of convex glass acts as an acoustic deflector to help transmit the sound of the Chazan, further fostering a sense of place and belonging. The skylight’s triangular shape enhances the complex geometric ceiling beams of the original design, creating a unique structural rhythm throughout the space. Replacing the colored windows with clear glass windows on the east façade links members of the congregation to their local neighborhood and connects prayer to time of day and the movement of the sun. The addition of clerestory windows on the west façade and hidden lighting on the ceiling further work to create an airy and bright atmosphere throughout the sanctuary. 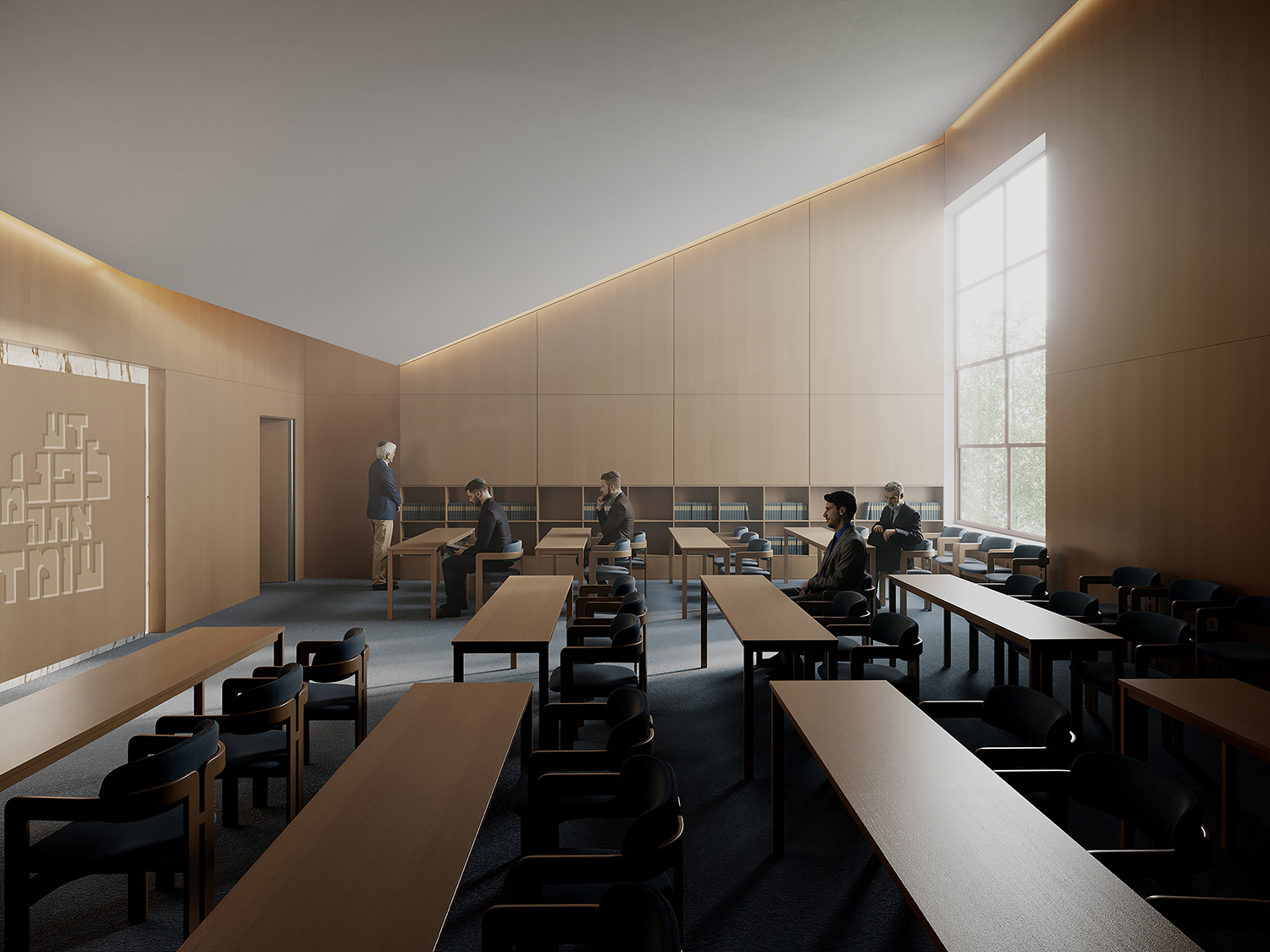 As the design architect, Studio ST Architects has collaborated with Auerbach Architects as the architect of record. The ark and Bemah has been designed by Amy Reichart Design, while the lighting design has been completed by HDLC Architectural Lighting. The design team has teamed up with Aercoustics as the acoustical engineers, as well as Goodfriend Magruder Structure LLC and Calor Design Group Ltd. as the structural and MEP engineers respectively. 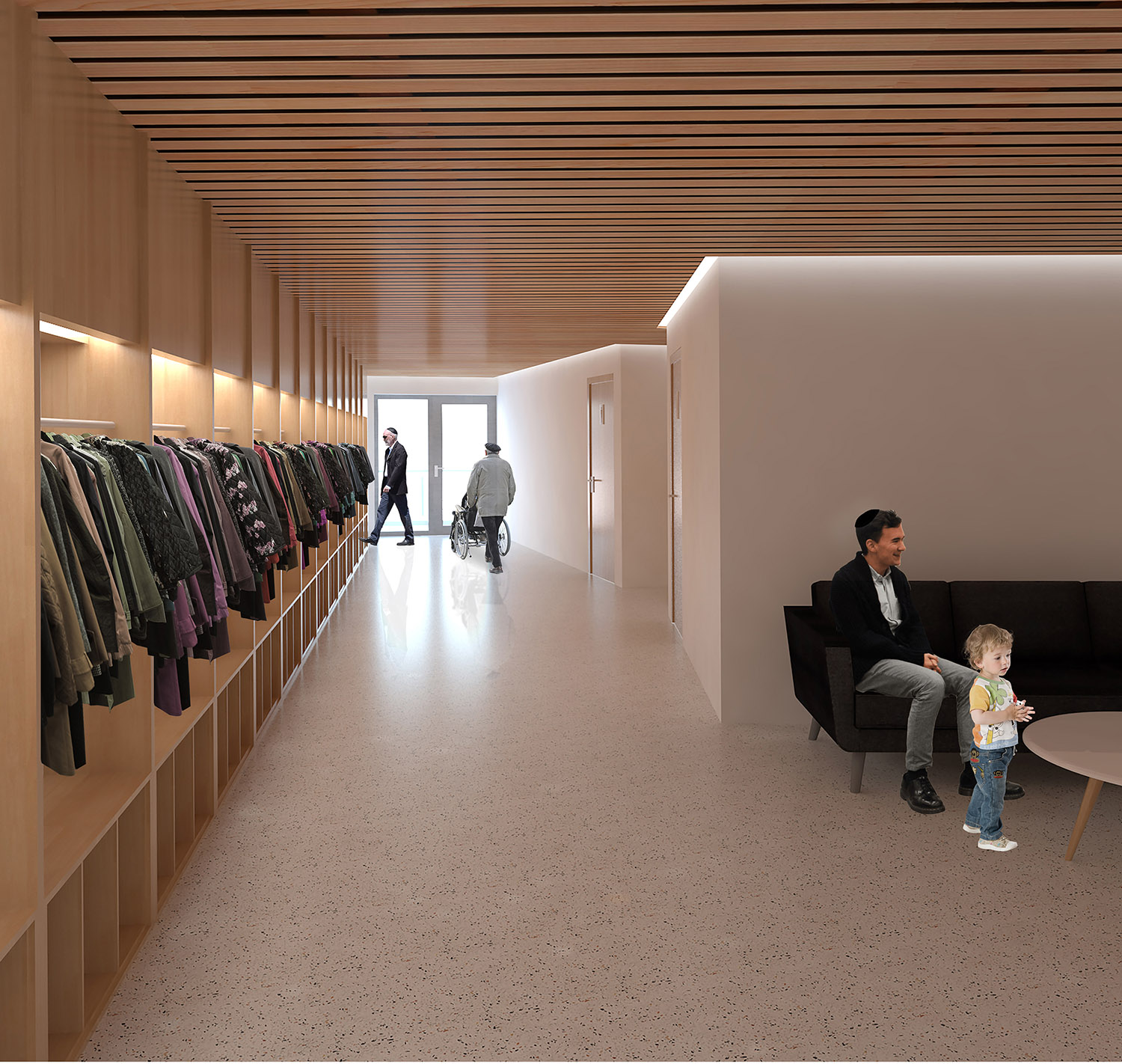 Construction is set to begin in late 2020, with a finish date estimated to be in the spring of 2021.