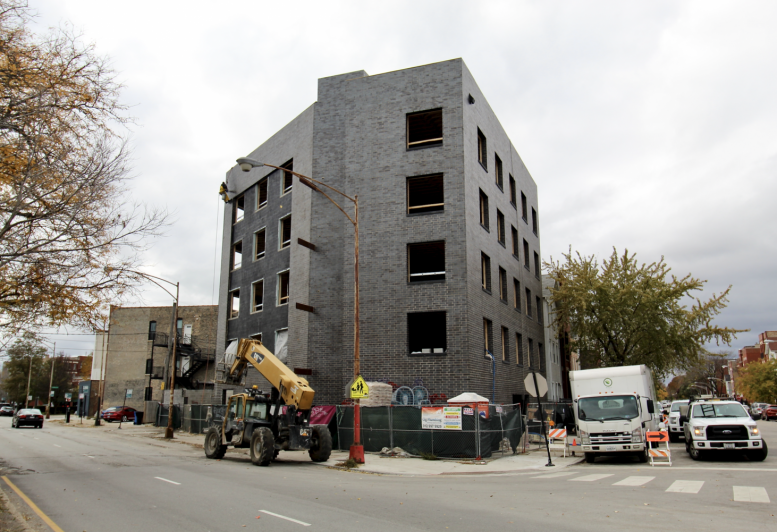 Construction is rapidly approaching completion for a new five-story residential building at 550 N Ogden Avenue, located near the eastern edge of West Town. According to permits issued this past June, the masonry building will house eight apartment units and an integrated garage on the ground floor. The number of parking spaces will likely tally at eight to match the number of units, though this exact figure has not been confirmed. Additional interior information is not currently known. 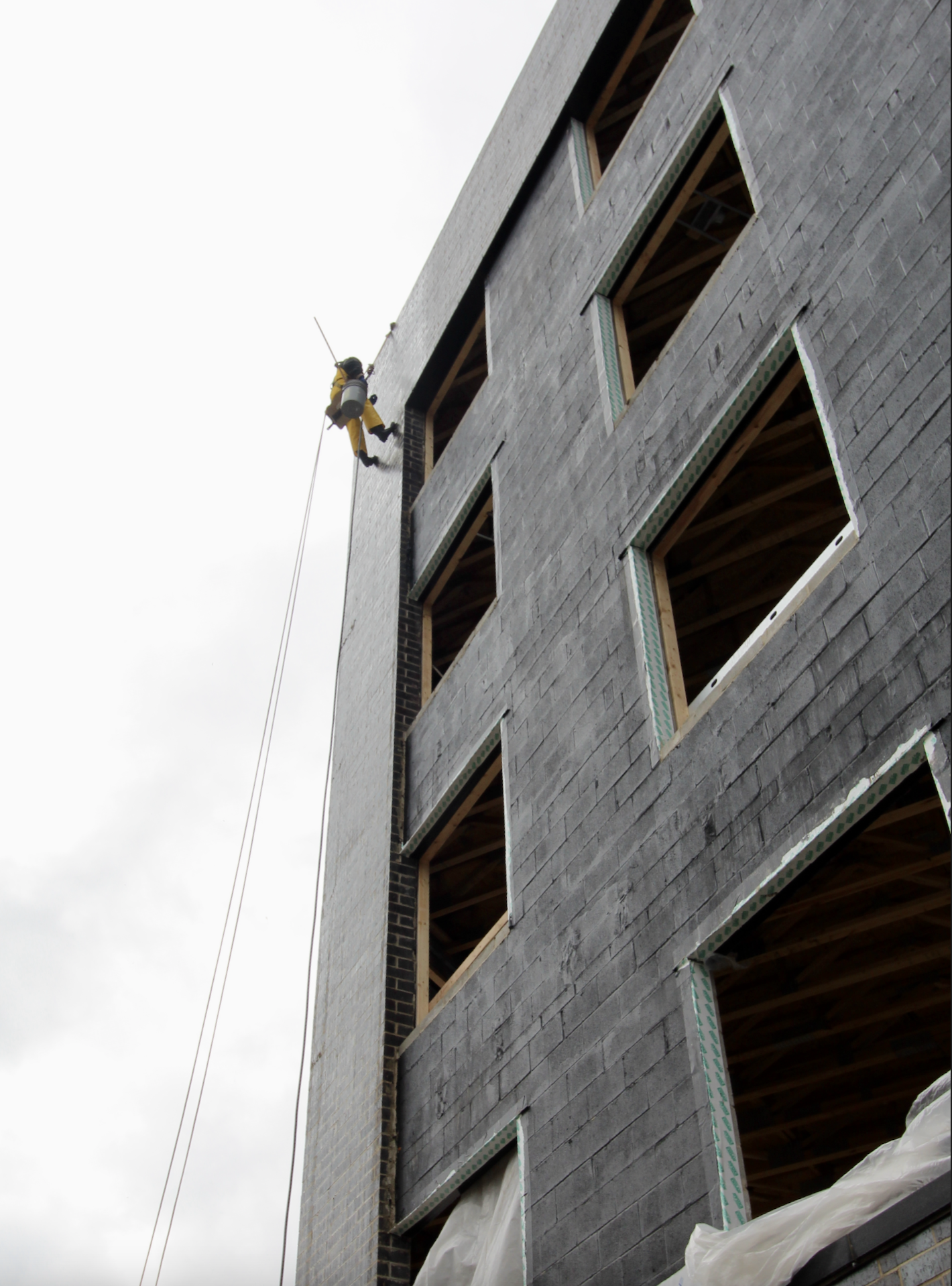 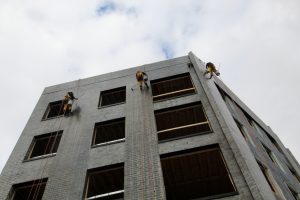 The project is owned and developed by Variable Properties, LLC, while the architect of record is Ronald Vari of Vari Architects Ltd. The design features a dark-gray brick palette and large window openings enclosing a trapezoidal massing. The building’s footprint fits to the 0.12-acre, irregularly-shaped lot formed by the angled intersection of N Ogden Avenue and W Ohio Street.

For nearby bus transit, the east and westbound Route 65 can be found at Grand & Racine, located two blocks southeast. Additional access includes stops for both the northwest and southeast-bound Route 56 and the east and westbound 66, which are located within a seven-minute walk to the intersection of Chicago, Milwaukee & Ogden. Lastly, the north and southbound Route 9 bus can be found via a 12-minute walk west to Ashland & Erie.

The nearest CTA L station for the Blue Line, meanwhile, is the Chicago station at the same three-way intersection of Chicago, Milwaukee & Ogden. The Blue Line’s Grand station is also located nearby, a 13-minute walk west along Grand Avenue. The Green and Pink Lines’ Ashland and Morgan station can also be found within a 20-minute walk, lying to the southwest and southeast, respectively, of the property. 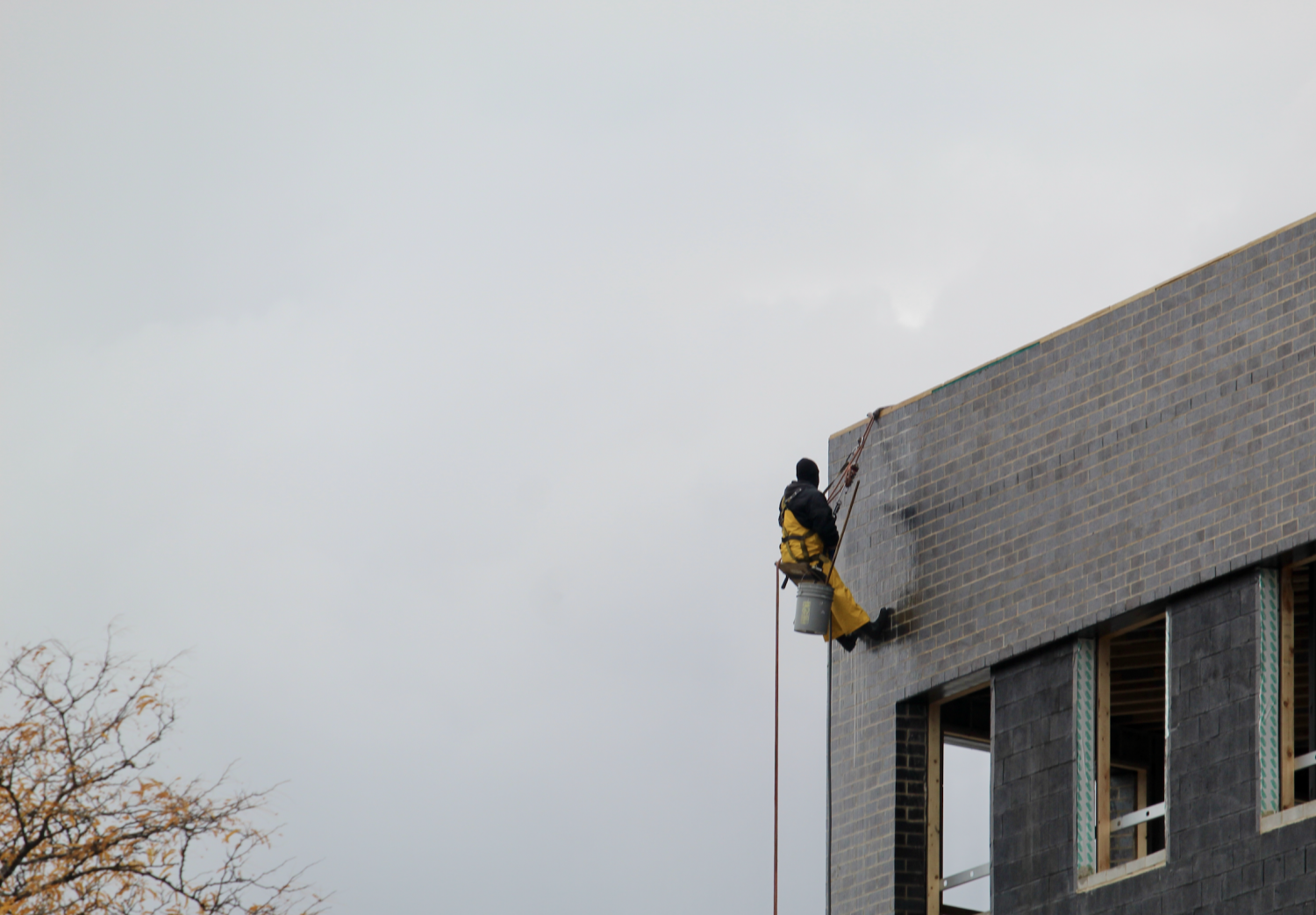 Variable Properties is also serving as the general contractor for the $615,000 development. An official completion date is not currently known, but with photos showing a topped-out structure and final exterior paint jobs being applied, a full move-in appears on track for early next year.